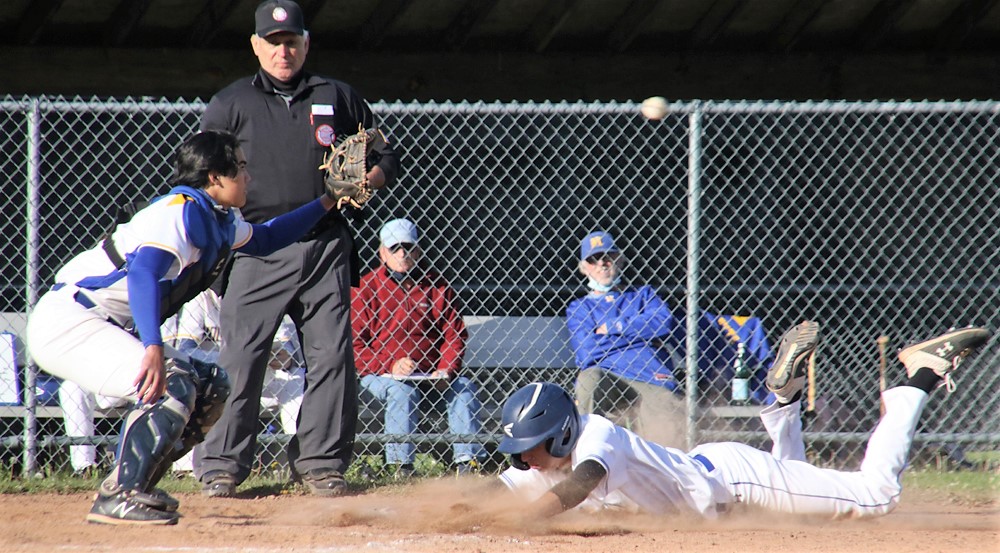 Litchfield’s Jack Morgan is safe at home during a loss to Housatonic on Tuesday. John McKenna photos

What was a close game turned into a rout on Tuesday when Housatonic pulled away from Litchfield for a 20-7 win.

Litchfield tied the game at 7 in the fourth inning when Jack Morgan scored on a single by Ben Nordland, but that would be it for the Cowboys (5-7) as Housatonic erupted for 13 runs in the top of the fifth inning. The game ended after five innings due to the Berkshire League’s 10-run mercy rule.

Morgan started on the mound for Litchfield and lasted three innings. Donohue relieved and was the losing pitcher. 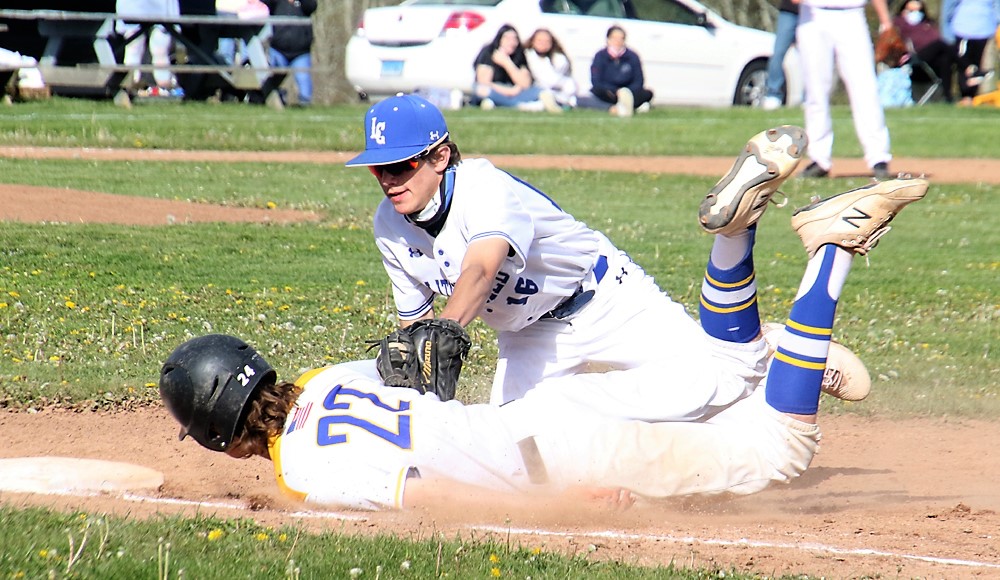 Litchfield first baseman Tom Gostkowski puts the tag on a Housatonic runner who couldn’t get back to the base after taking too big of a turn on a single. 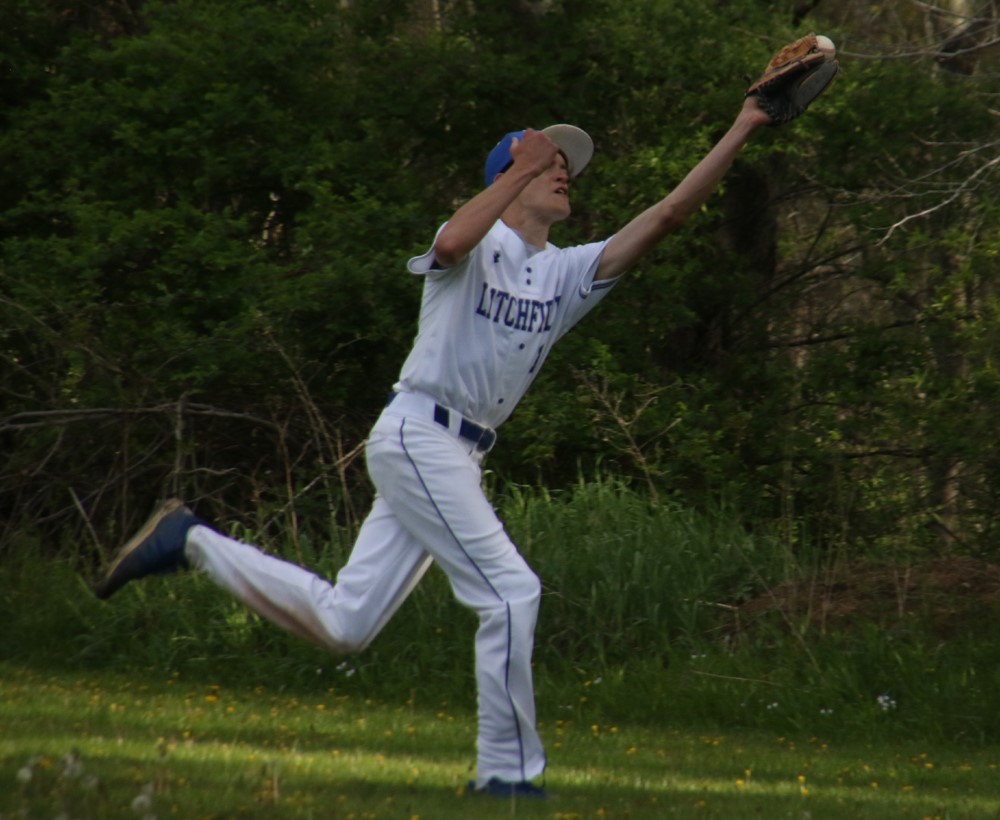 Right fielder Ben Nordland had the ball in his glove but couldn’t hold it as he tried to run down a long drive. 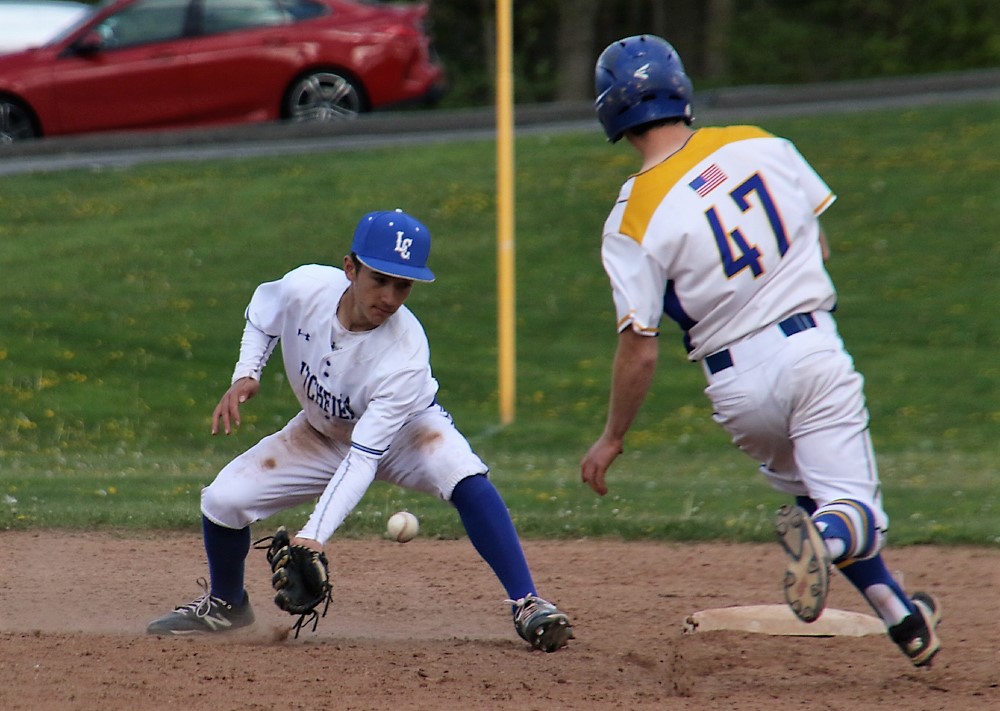 The ball skips past second baseman Nick Dest as a Housatonic runner steals second base. 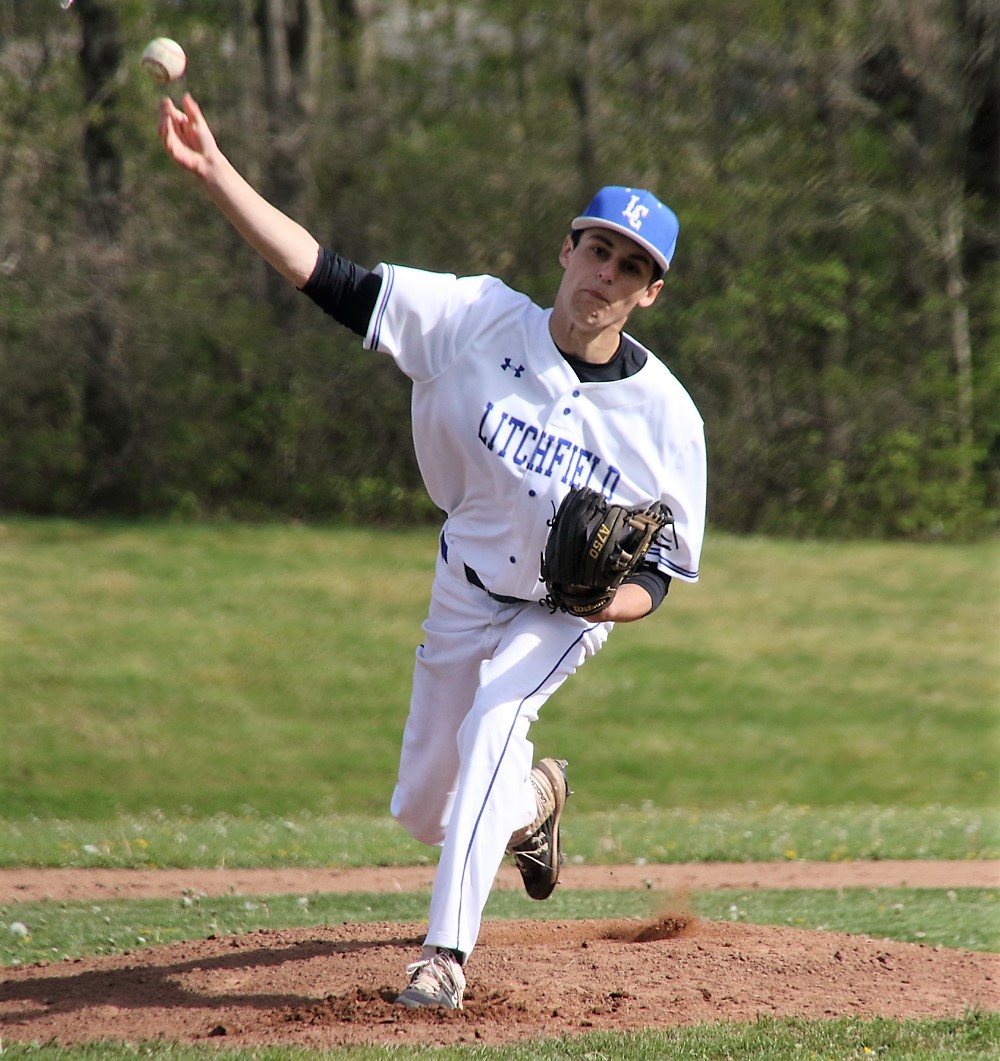 Jack Morgan delivers a pitching in his starting effort. 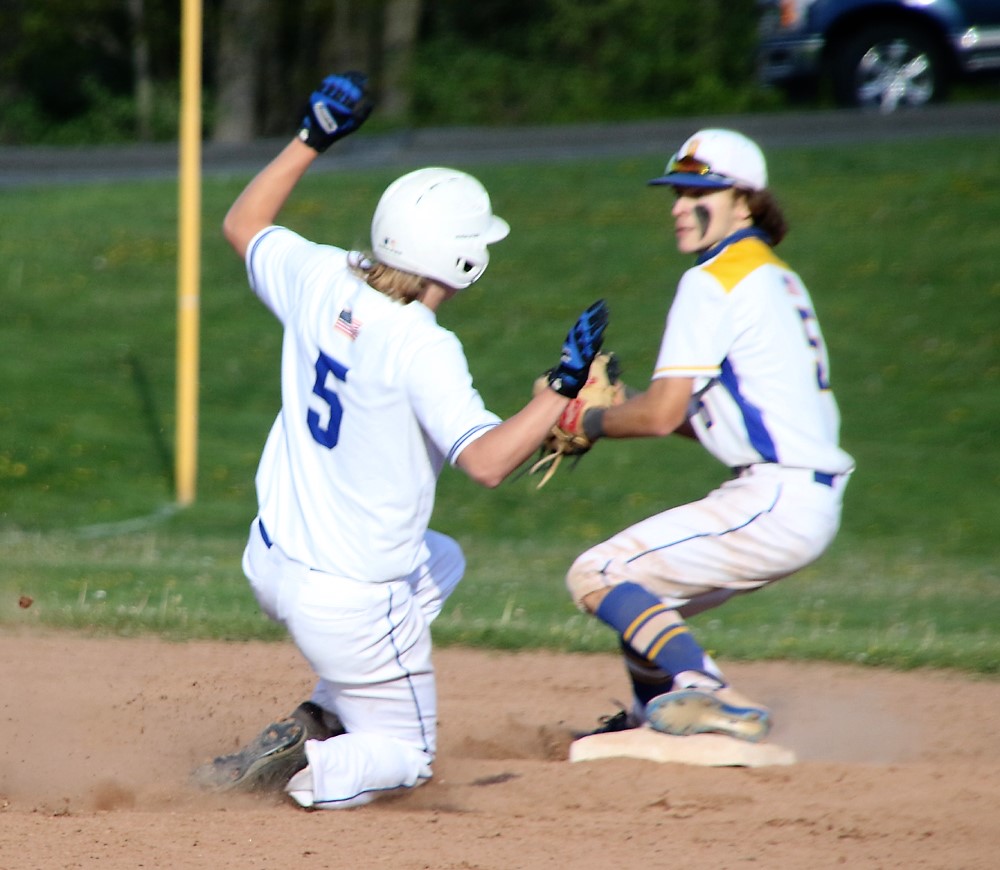 Aidan Donohue’s hard slide into second base broke up a double-play attempt. 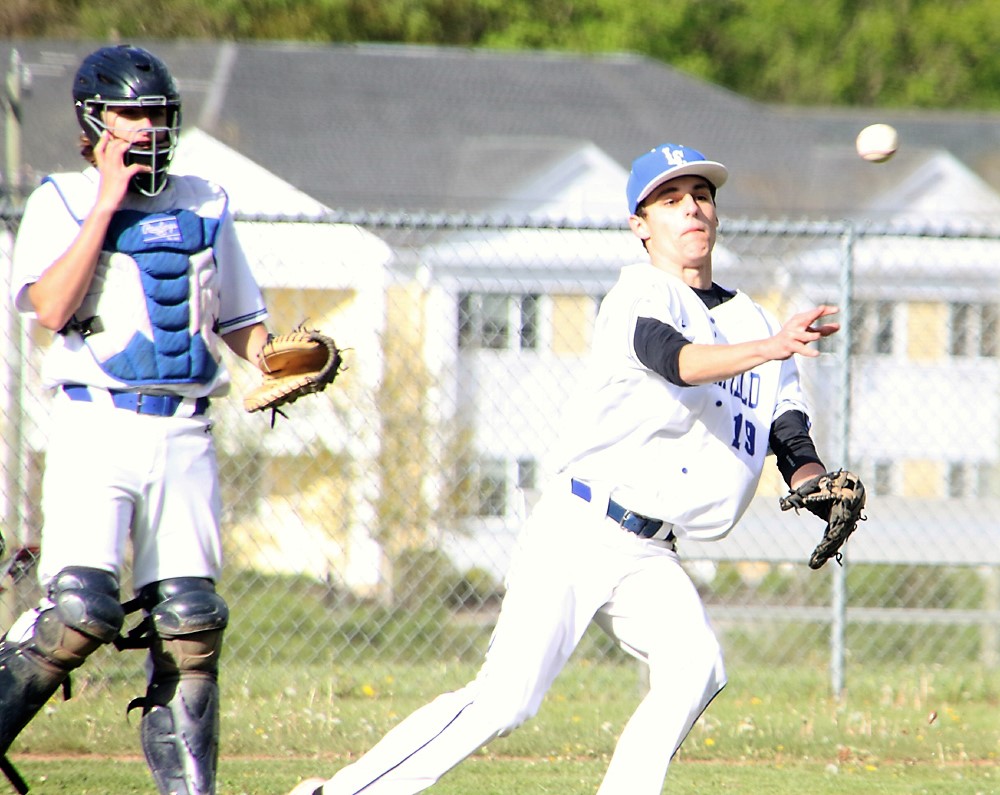 Jack Morgan makes a throw to first base after fielding a bunt.