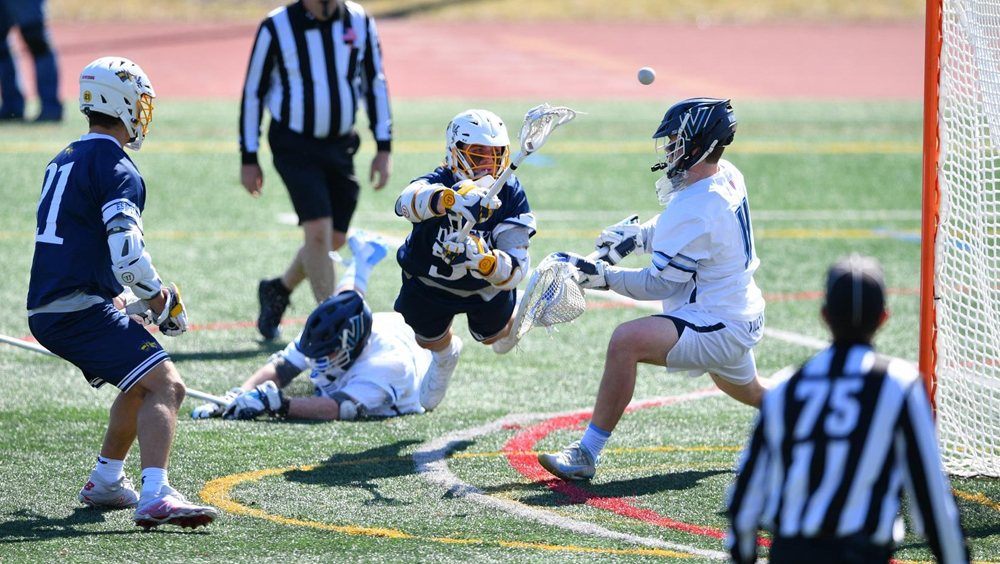 Litchfield’s Aidan Coll fires a shot on goal for the Drexel University men’s lacrosse team during a game against Villanova this season. Contributed photos

Aidan Coll of Litchfield is off to a strong start with the Drexel University men’s lacrosse team this season.

A senior, Coll has a team-high 20 goals as well as seven assists in seven games for the Blue Hens, who are 5-2 overall and 3-2 in the Division I Colonial Athletic Association.

Coll had five goals and one assist in a 12-9 win over 12th-ranked Delaware on Saturday. Drexel has also beaten 18th-ranked Massachusetts this season.

In the win over Delaware, Coll scored three goals in the first half, with his final goal putting the Blue Hens up 8-4 at intermission. He completed the best game of his career with two goals and an assist in the second half. 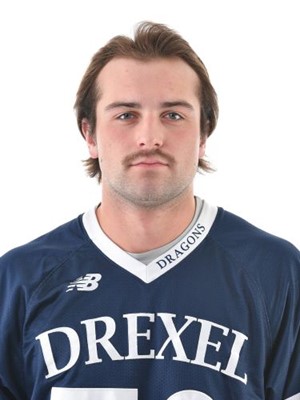 Drexel is scheduled to play at Fairfield on Saturday.

As a junior, Coll netted 10 goals in developing into a scoring threat.

Coll is impressive in the classroom as well, earning Dean’s List honors for the winter semester as a business major. He has made the Colonial Athletic Association commissioner’s academic honor roll every year he has been at Drexel.

Born and raised in Litchfield, Coll attended Center School, Indian Mountain School in Salisbury and the Hill School in Pottstown, Pa. He played in the Litchfield Hills Lacrosse program in Litchfield.

Below, Aidan Coll delivers a pass during a recent game. 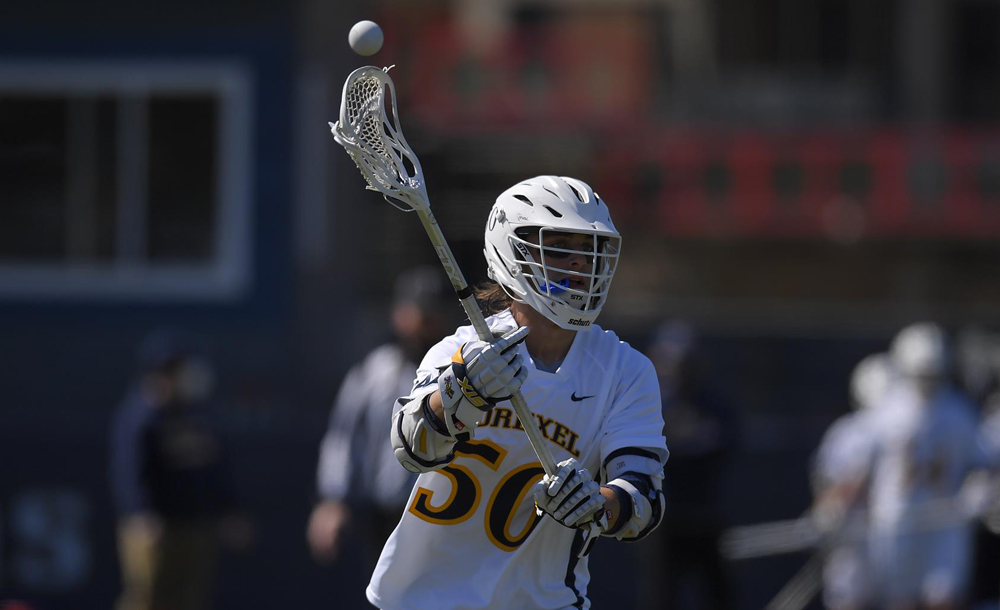