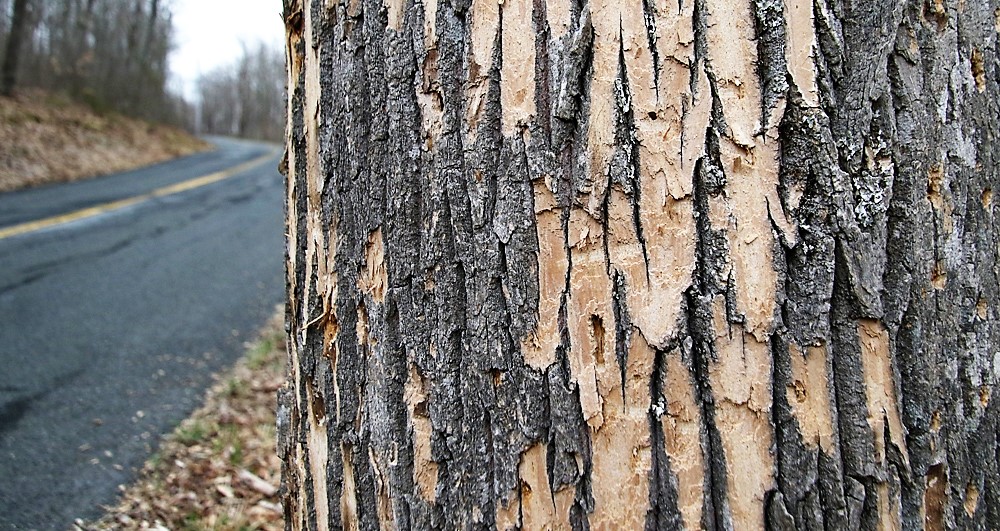 An ash tree along Brush Hill in Litchfield shows the effect of the emerald ash borer. BZ photo

A bit of last-minute budget maneuvering by Litchfield’s Board of Selectmen has provided more money for ash-tree removal in the fiscal year of 2021-22.

In making the adjustment, the board cut $135,000 of the $140,000 budgeted for tree removal, added $10,000 to the Parks and Recreation Department budget, and decided that an additional $165,000 should be budgeted for tree removal by using funding from the $799,000 the town is due to receive from the American Rescue Plan or dipping into the town’s $6.9 million fund balance. The decision on which route to take will be made after the new fiscal year begins July 1.

Ash trees everywhere are being decimated by the emerald ash borer insect. The $170,000 would be used to cut down as many ash trees as possible along town roads in 2021-22.

The $10,000 for the Park and Recreation Department would restore funding cut by the selectmen in February and would be used to fund special events such as the popular summer concerts on the Green series.