Rivals get a final chance on the court It wasn’t an official game when the Litchfield and Wamogo boys basketball teams squared off on Saturday, but there was enough spirit and hard play to make the contest seem like the real thing.

Litchfield emerged a 64-50 winner in its first time on the court in 15 days. COVID-19 protocol forced the Cowboys out of the Berkshire League tournament and left them searching for one final chance to play before putting the balls and uniforms away until next winter.

Wamogo, which was eliminated from the BL tourney last week, graciously provided the opponent for what amounted to a scrimmage but also served as a previews of two teams that should be strong next year.

Barnes, Dieck and fellow starter Tommy Gostkowski will form a solid trio for the Cowboys next year. A. J. Quesnel, a contributor off the bench as a freshman, will take on a greater role.

For Wamogo, Alex King had 14 points and Charlie Coffey 12. The Warriors will lose the scrappy Matt Thompson to graduation but will have everyone else back, giving them a chance to take a big leap in the league standings. 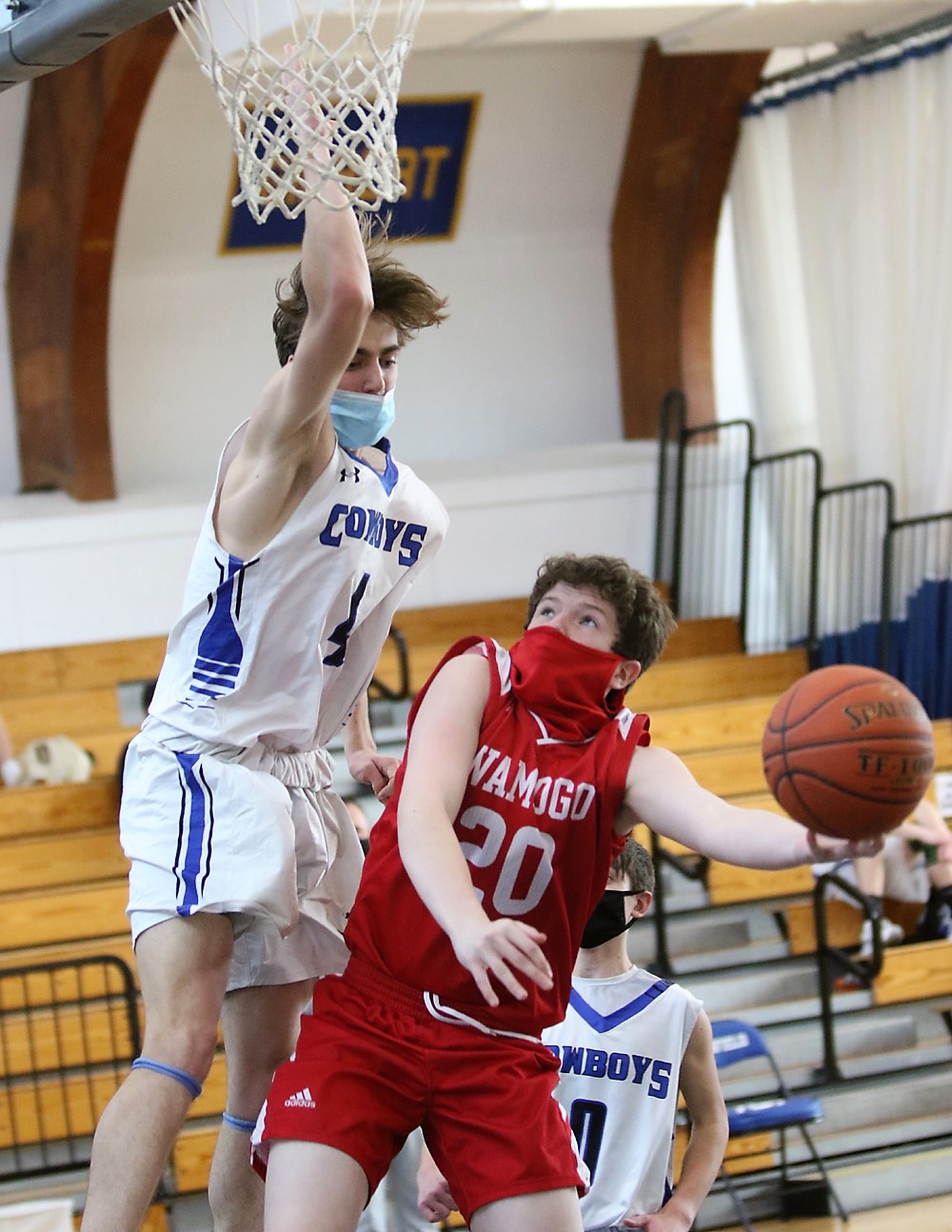 Brady Collins works to get a shot off against Daniel Dieck. 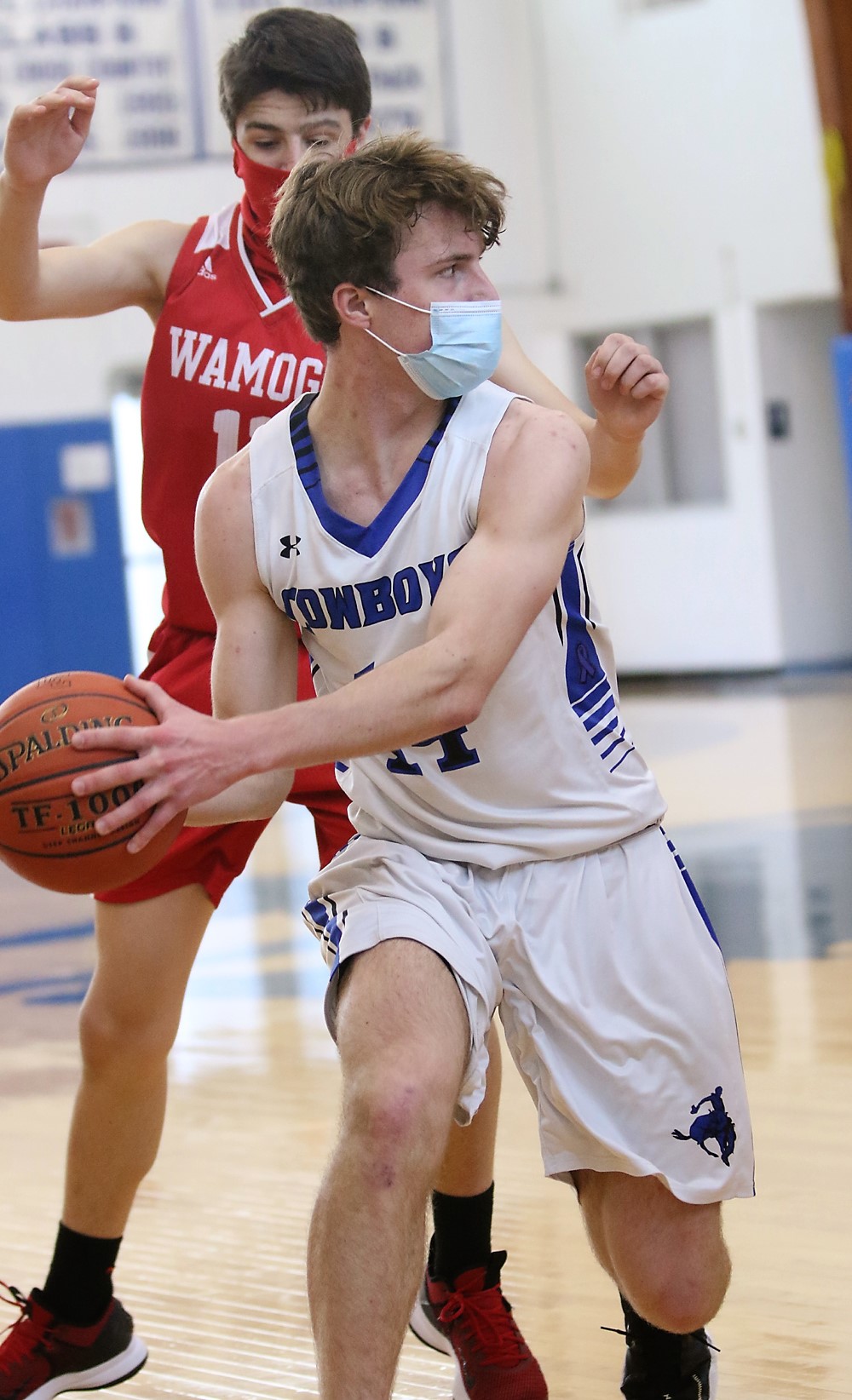 Zajans Crapo looks for a teammate as Nolan Turtoro defends. 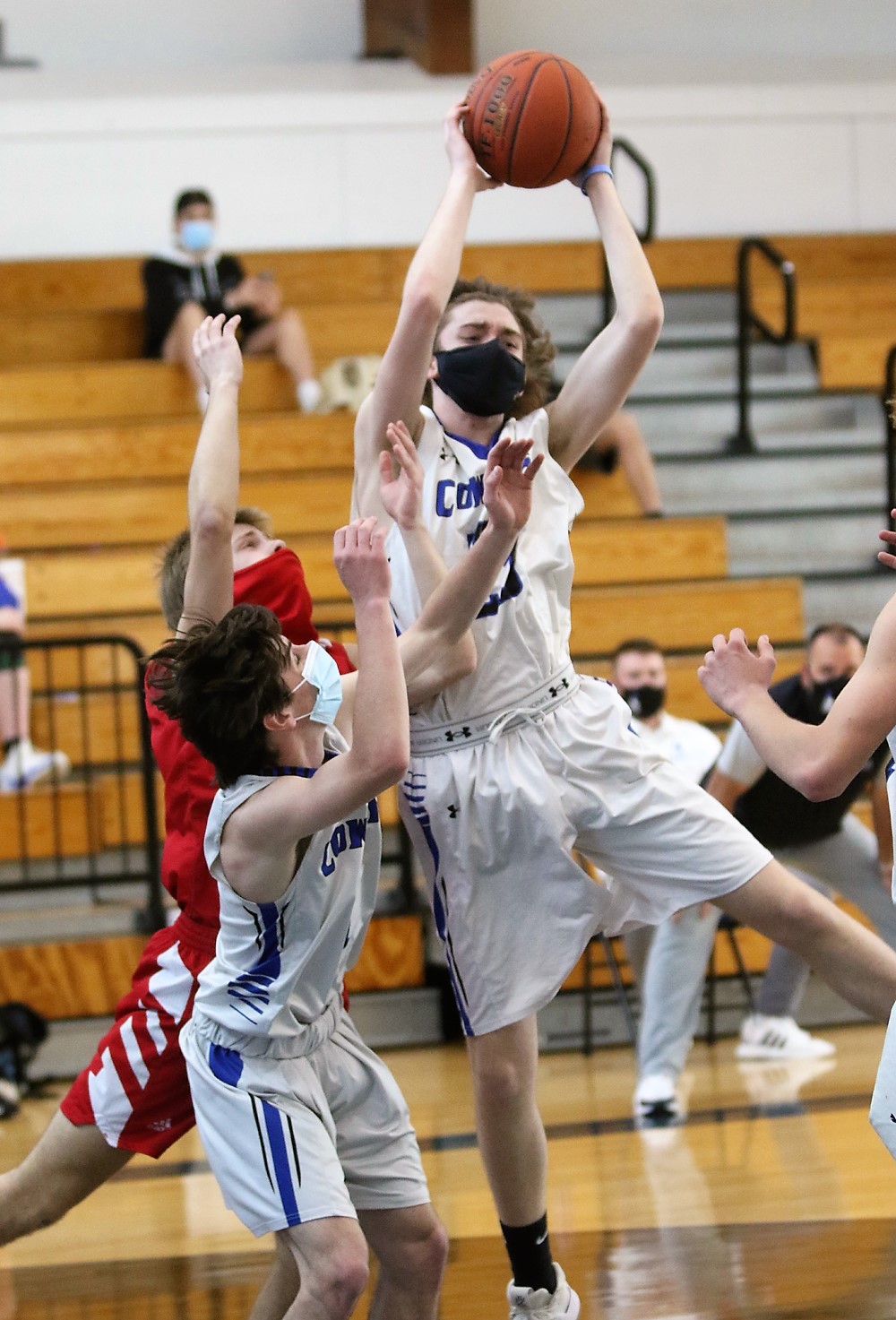 Brody Stevenson pulls down a rebound. 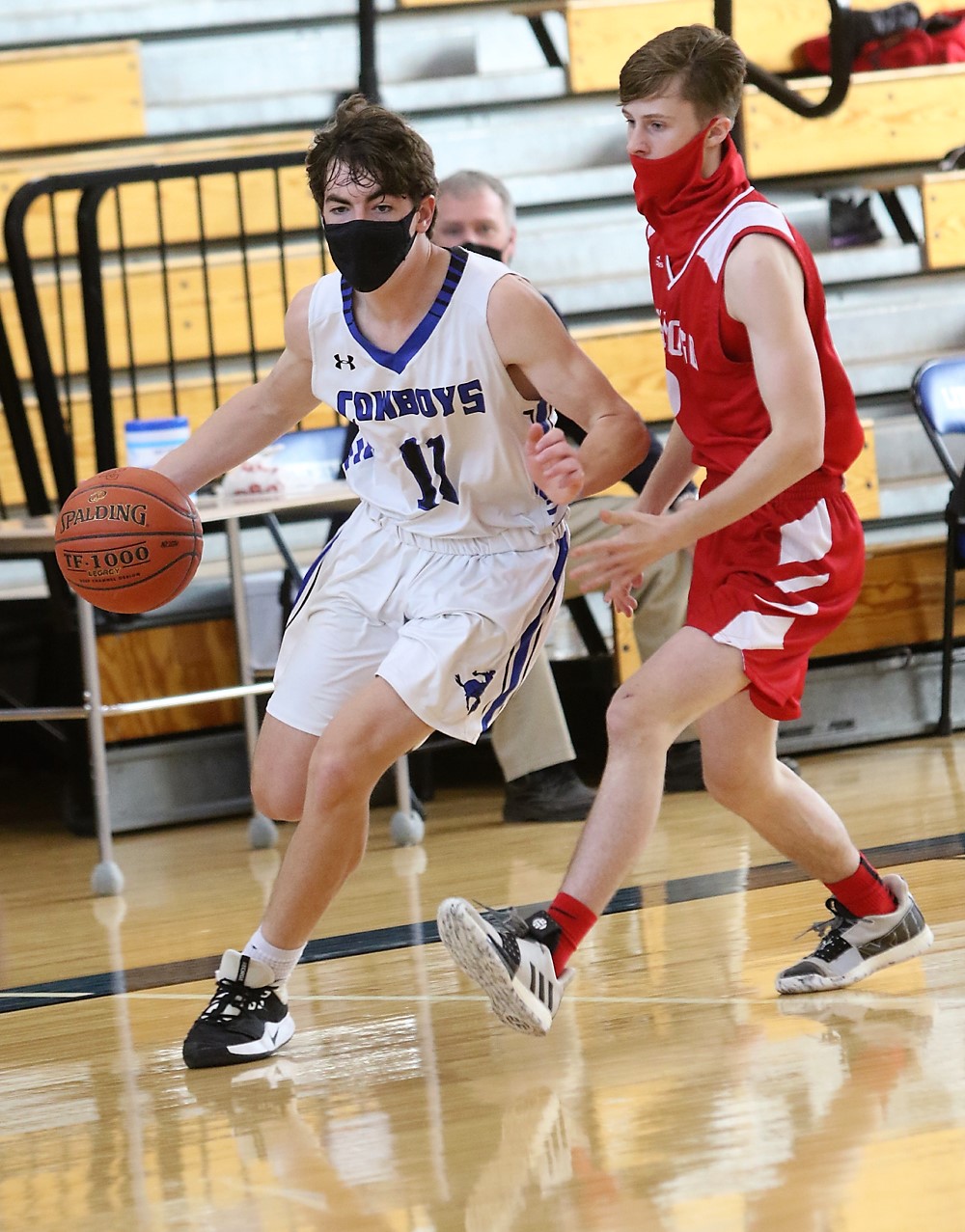 Harrison Barnes is on the move while being defended by Elliot Johnson. 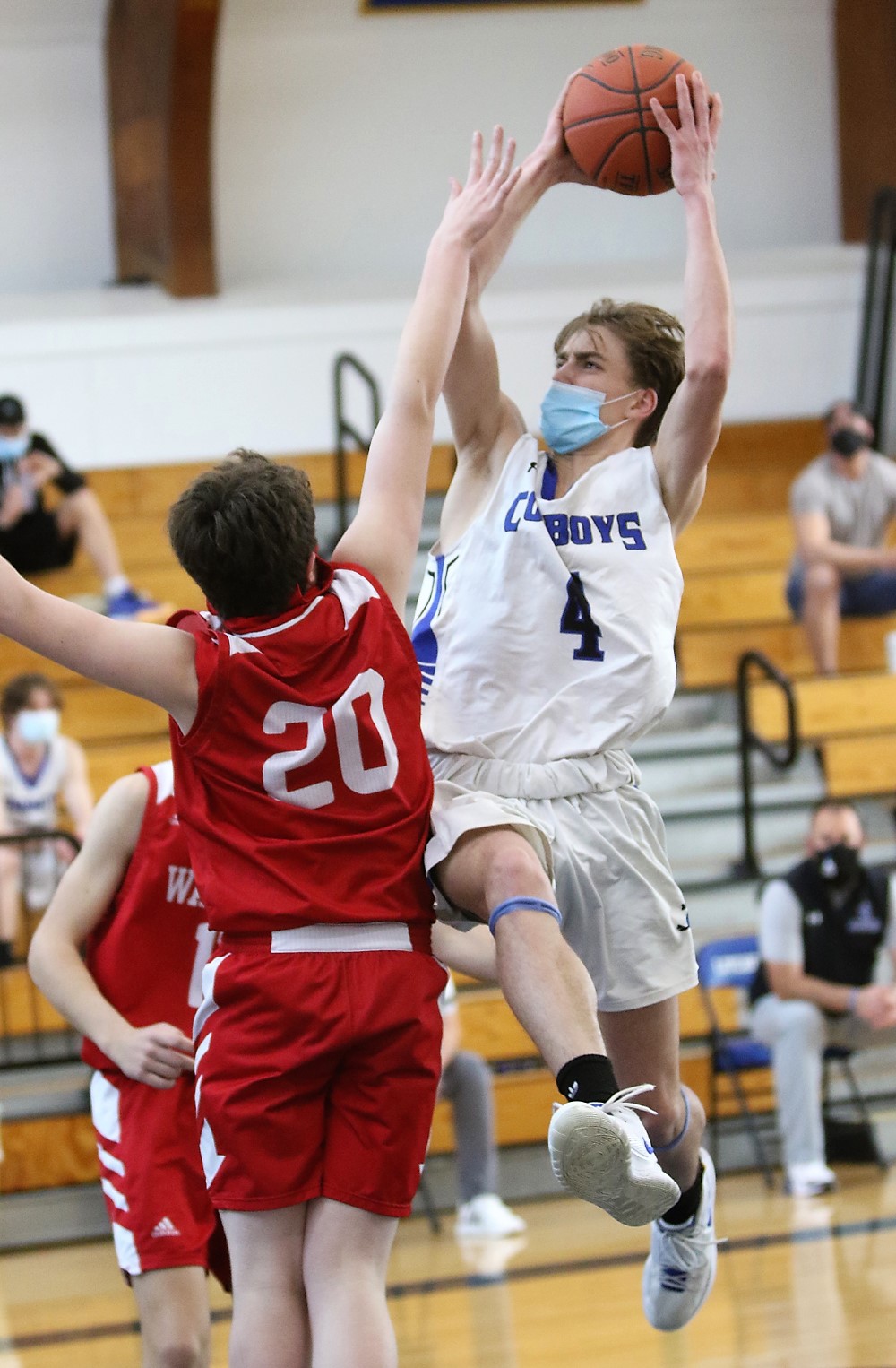 Daniel Dieck drives to the basket against Brady Collins.