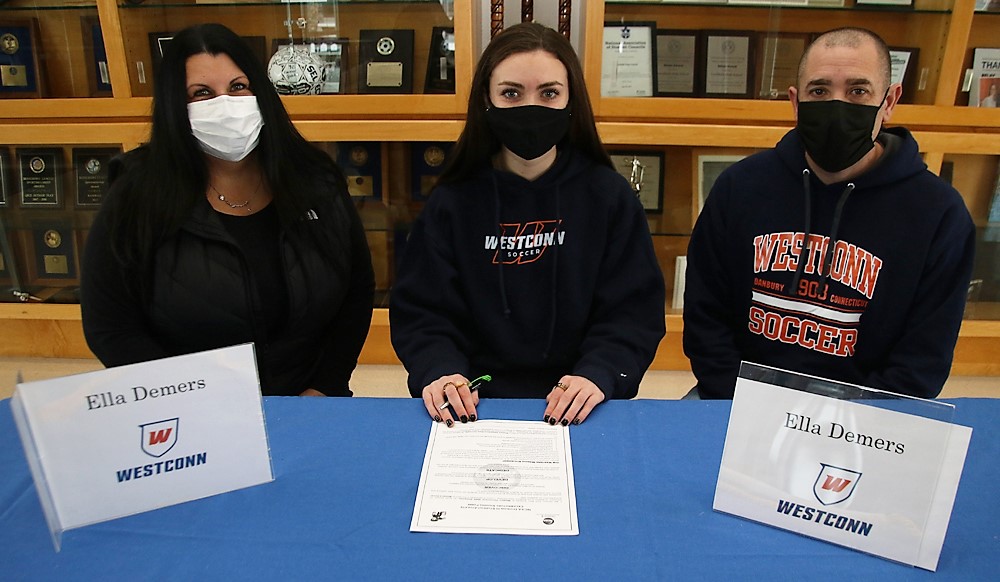 Litchfield High School senior Ella Demers with her parents, Edward and Vicki, as she prepared to sign a letter of commitment letter to attend Western Connecticut State University, where she will play soccer. John McKenna photos

Accompanied by her parents, Demers signed a letter of commitment to attend Western Connecticut State University, where she will play for the school’s women’s soccer team next fall.

“Western has a great nursing program, is close to home, and my parents will be able to come see me play,” Demers said of her decision to further her education in Danbury.

Demers was an All-Berkshire League first-team choice last fall after leading Litchfield to a winning season. She played the center midfield position, from where she helped set up the Cowgirls’ offense and key a strong defense.

Southern Connecticut State University and Curry College were the other schools Demers considered before choosing WCSU.

Demers joined the Litchfield Soccer Club as a second-grader and has been playing the game ever since. In addition to playing in high school, Demers has been playing for the Connecticut Rush premier soccer team.

“She has been so dedicated to the sport, so we couldn’t be more happy for her,” Edward Demers said.

In addition to her exploits on the soccer field, Demers is a high honors student.

Below, Ella Demers, right, in action during a game against Housatonic in November. 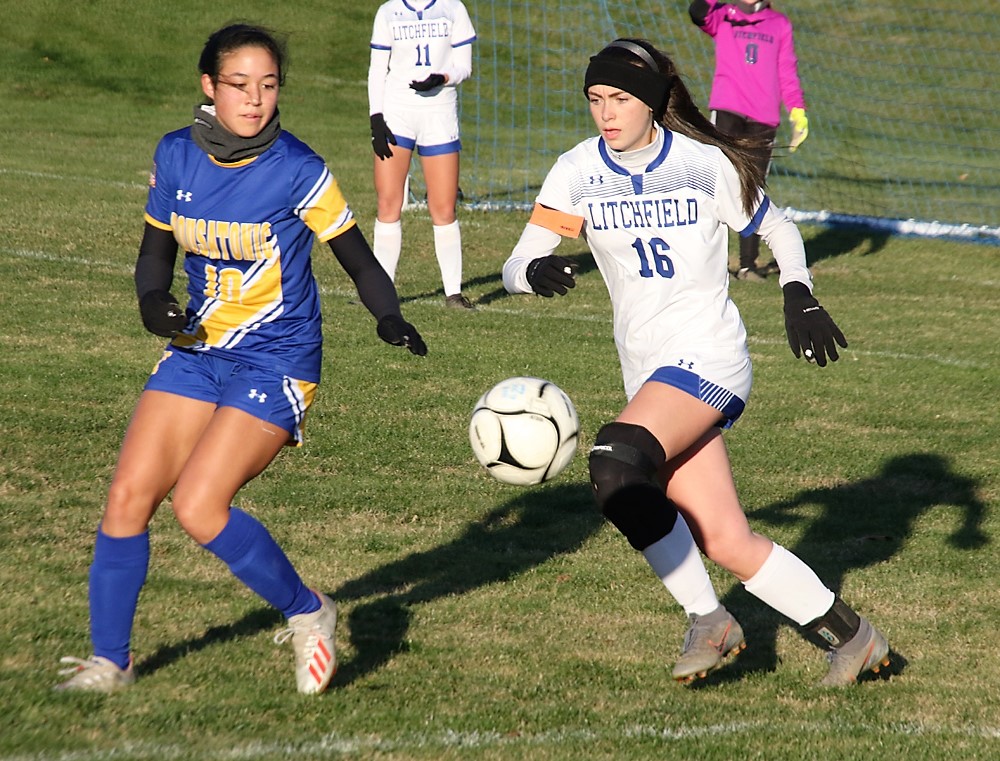