A sign along Route 202 in Bantam encouraged volunteerism in the wake of the July 10, 1989 tornado. Photos and newspaper clippings contributed by Fran Clem of Bantam.

Above, a video showing Gov. William A. O’Neill visiting the destruction in Bantam following the July 10, 1989 tornado. O’Neill was led on the tour of the damage by First Selectman Linda Bongiolatti, right. Also visible in the video is a youthful Morris First Selectman Richard Skilton and state Rep. Robert Maddox of Bethlehem.

Friday’s heavy wind and rain evoked memories of that day 31 years ago when a tornado devastated the center of Bantam, destroying the Bantam Borough Hall and the United Methodist Church of Bantam and damaging countless homes and commercial buildings.

July 10, 1989 was the day the sky turned a strange shade of green and unleashed a powerful tornado that caused catastrophic damage in Bantam without claiming any lives. Clocks in Bantam stopped a few minutes before 5 p.m. in marking the time when the look of the center of Bantam was changed forever.

The tornado roared in out of the northwest on an oppressively hot and humid afternoon. It raced up Mohawk Mountain in Cornwall, destroying the ski area, and then took aim at Milton, where so many trees and wires were downed that the village was cut off from emergency help for several hours after the storm.

Gathering power, the tornado rolled through Bantam, crossed Bantam Lake and slammed into the lake’s shore between Marsh Point and Camp Wonposet in Morris. Many cottages along the shore were destroyed, but fortunately no one was killed.

The aftermath of the storm saw the rise of a massive and spirited volunteer effort that came to the aid of residents and business owners in Bantam, assisted the people of Milton, and fought through downed trees and wires to provide aid along the shore of the lake. 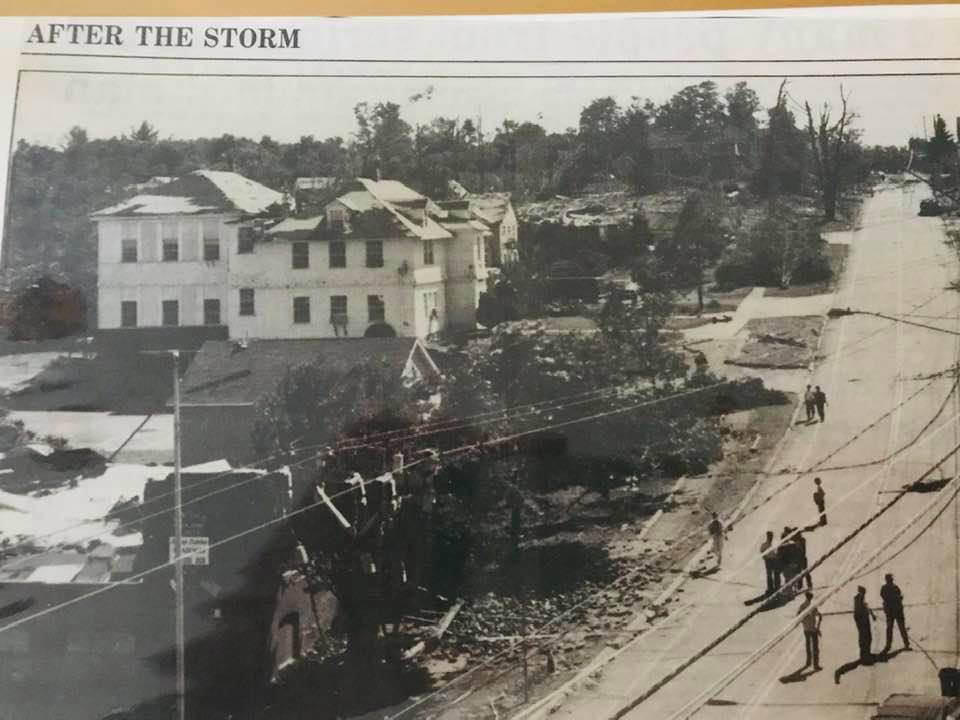 Looking up Route 202 toward the center of Bantam. 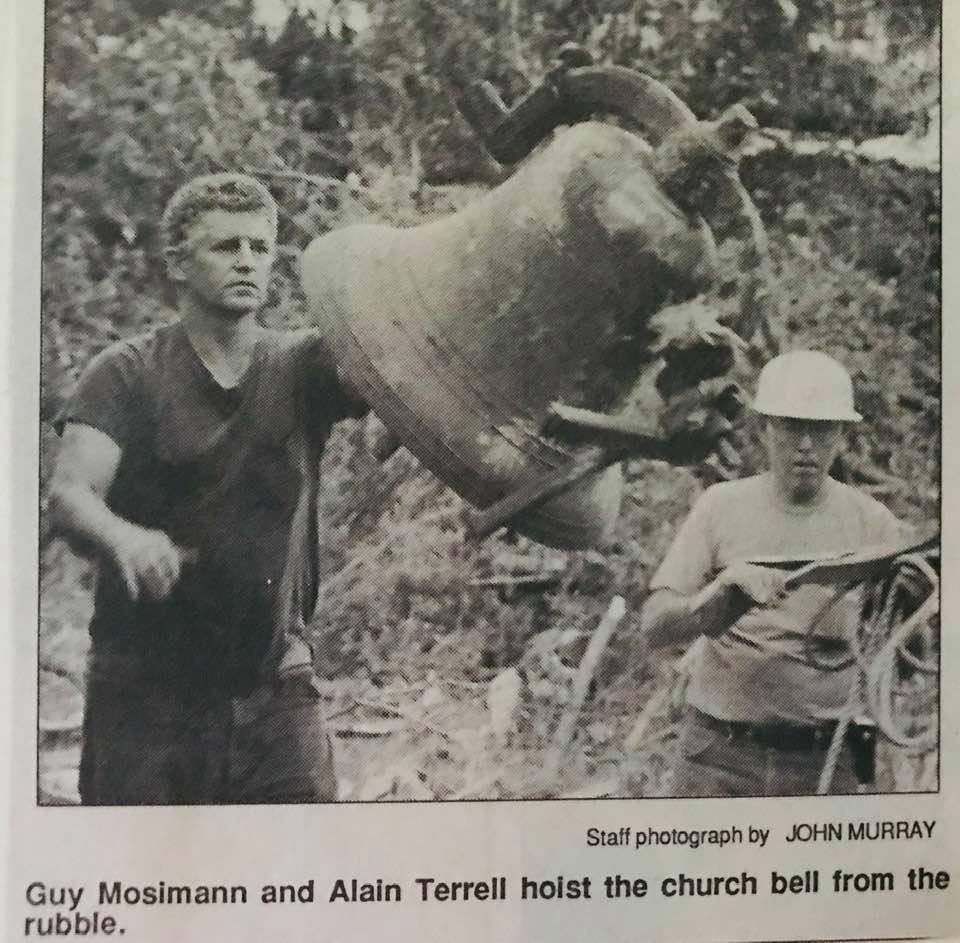 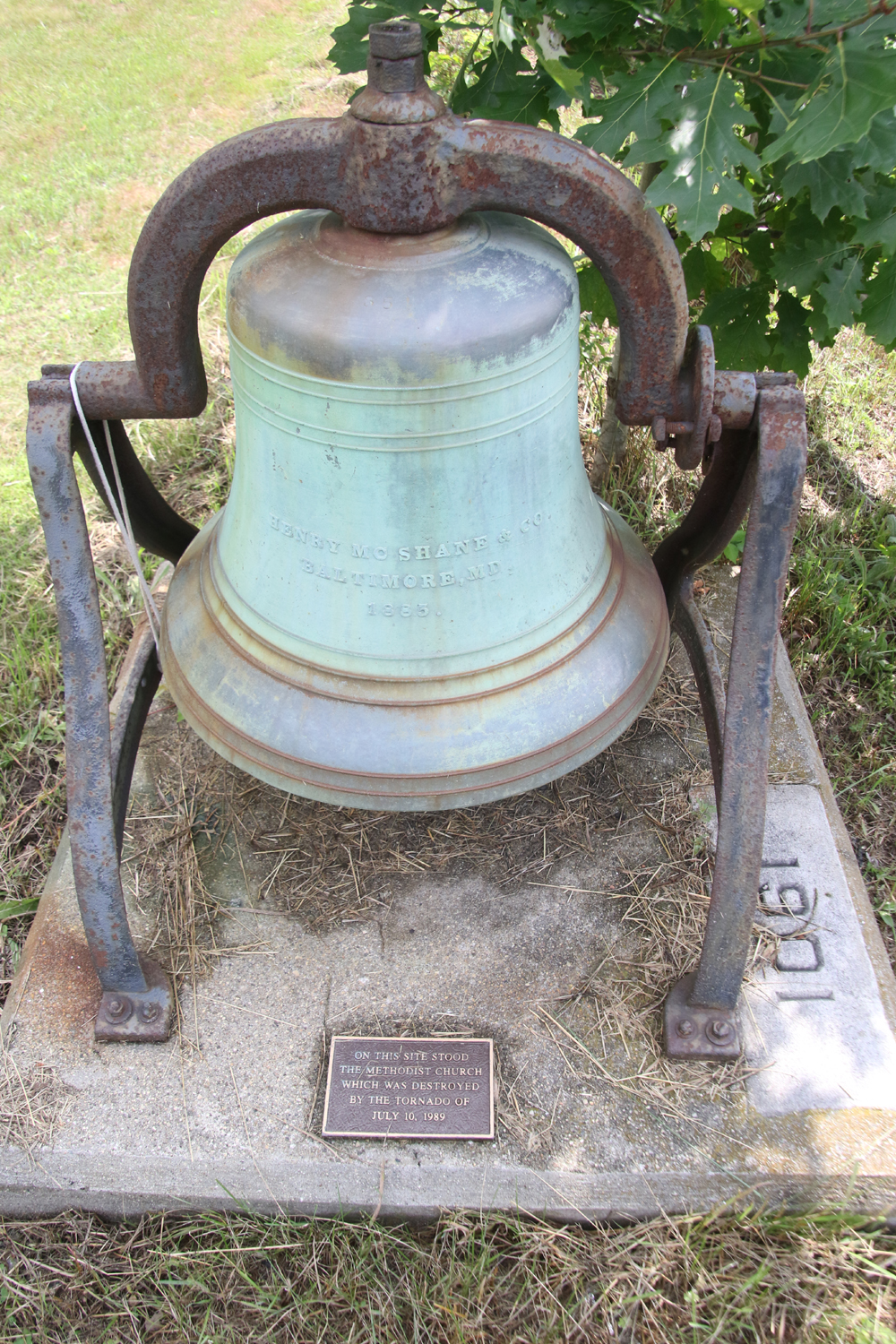 The bell from the United Methodist Church of Bantam sits as a memorial at the site where the church was located. 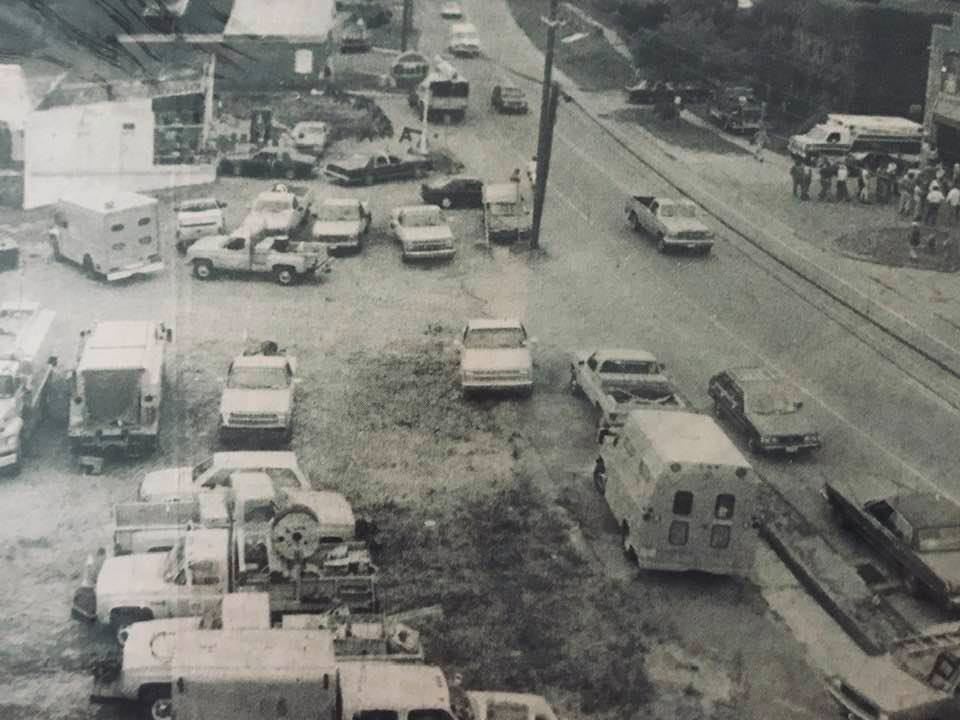 The center of Bantam served as a staging area for the recovery effort. 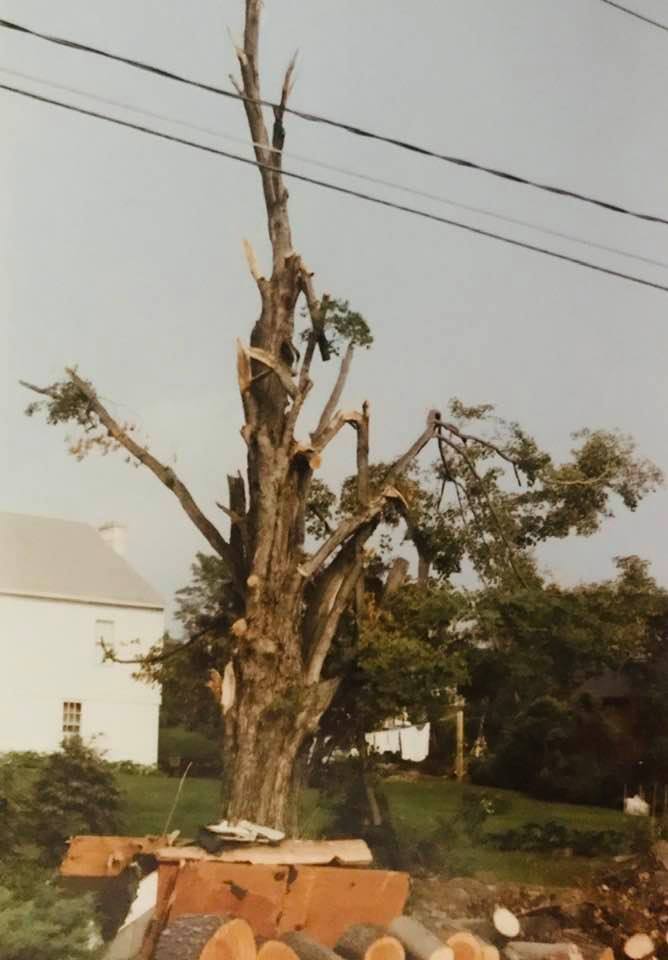 Trees were ripped apart by the force of the tornado. 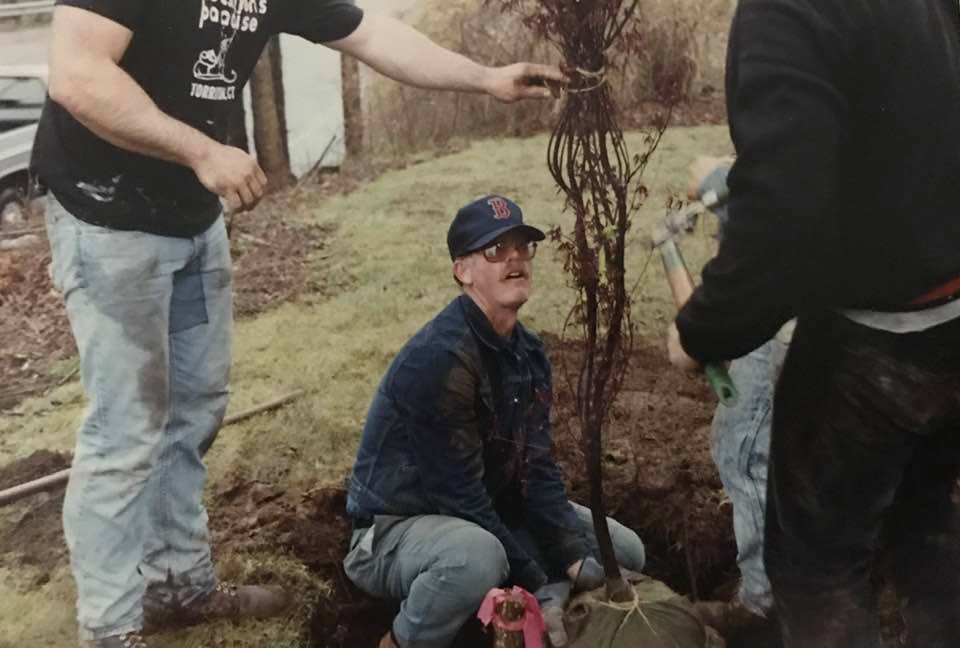 The late Stuart Clem, who served on Bantam’s tree committee, headed an effort to replace trees downed by the tornado. 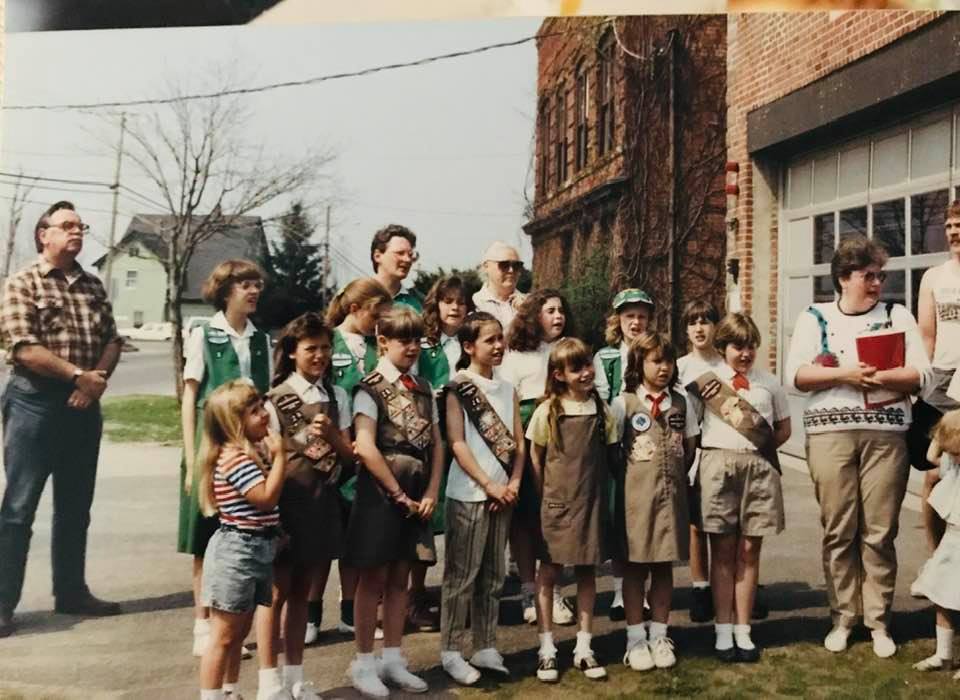 Local Girl Scouts paid a visit to the old Bantam firehouse to show their appreciation for the service of volunteers. To the far left is the late and legendary Jim Crampton, who was a selectman at the time.