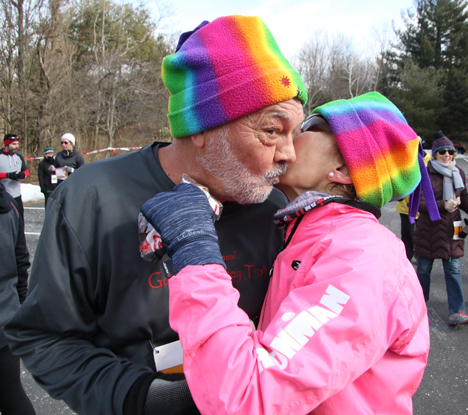 Ron and Kathi Peck, who were seriously injured in an accident on Route 202 in Washington, Conn., on Saturday, share kisses at the end of the 2019 Bob and Peg Andrulis Memorial Sweetheart Run and Walk. BZ photo

Goshen, Litchfield and beyond are saying prayers for Ron and Kathi Peck of Goshen following the horrific accident they were involved in on Saturday.

The Goshen residents, both 70, suffered serious injuries in a two-vehicle crash on Route 202 in Washington, Conn., at 7 p.m. They were backseat passengers in a 2019 Jeep Wrangler driven by Susan Leigh, 53, of 121 Old South Road, that was hit from behind by a 2013 Chevrolet Malibu driven by Andrea Marie Wadeson, 21, of 334 East Bradbury Road, New Milford, veered off the road, rolled over and struck a tree.

Leigh, her husband, Jeffrey Leigh, 60, and the Pecks were returning from a concert in Sherman that featured the local band Potter’s Field.

Wadeson was traveling behind the Jeep Wrangler and got too close, striking the rear of the vehicle and sending it off the road. Wadeson suffered minor injuries when her car left the road and struck a tree. The accident is under investigation, according to state police.

The Pecks are stalwarts of the community in Goshen and Litchfield and are known for their love of running and outdoor adventure. They are members of the Village Striders running club in Litchfield.

The Jeep Wrangler the Pecks were passengers in, below, rolled over and struck a tree on the side of Route 202. Contributed photo 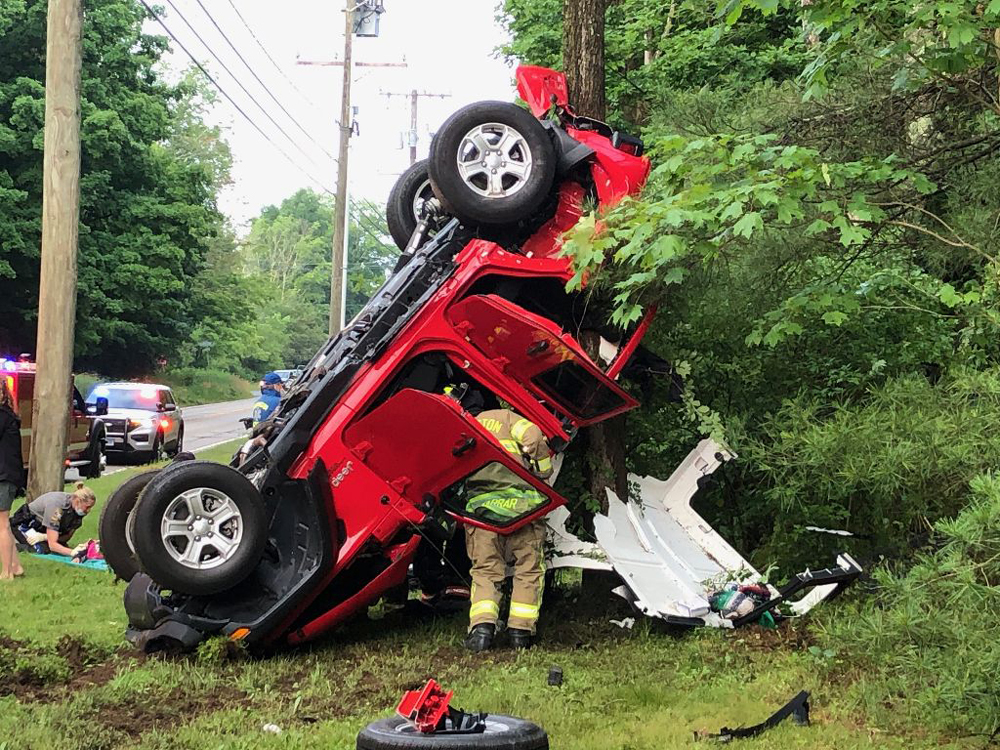