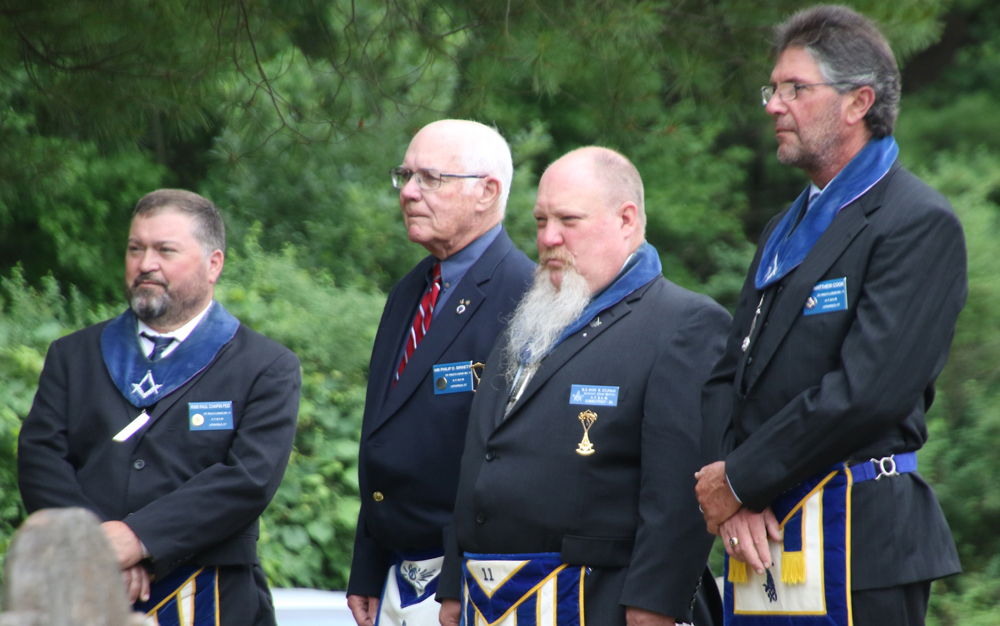 Members of St. Paul’s Masonic Lodge participated in the dedication of the new gravestone at the burial site of Andrew Adams in West Cemetery in Litchfield on Saturday. BZ photos

A Saturday morning crowd of about 50 came to West Cemetery in Litchfield on Saturday to participate in the dedication of a new gravestone at the burial site of Andrew Adams, who was considered one of the founding fathers of the United States.

The new gravestone is set next to a weathered tabletop monument marking Adams’ grave. It was purchased by the Litchfield Patriots with help from a grant from the Seherr-Thoss Foundation of Litchfield.

Adams, who lived in Litchfield from 1774 until his death on Nov. 27, 1797, was a Connecticut delegate to the 2nd Continental Congress in Philadelphia during the Revolutionary War and was a signer of the Articles of Confederation, the document that served as the first constitution of the United States. He also served as a colonel in the Connecticut Militia during the war and was a state representative, all of which made him one of the most historically-significant Litchfield residents of the era.

The post-war years saw Adams serve as a Superior Court judge and as chief justice of the Connecticut Supreme Court.

Until recently, however, Adams was always overshadowed by Gov. Oliver Wolcott Sr., another Litchfield resident who was a delegate to the 2nd Continental Congress and signer of the Articles of Confederation. Wolcott, of course, was a signer of the Declaration of Independence and was an officer during the war. He was close friends with Adams and died three days after his colleague.

Adams’ grave site in West Cemetery had become overrun with weeds and brush a few years back. The inscription on his tabletop monument had become illegible. It all led to him not receiving the credit he deserved for playing a key role in the establishment of the country. It was the Gov. Oliver Wolcott Sr. Branch of the Sons of the American Revolution that brought the condition of the grave site to the public’s attention following a grave decorating ceremony in 2008.

But it wasn’t until the town’s celebration of its 300th anniversary last year that Adams was thrust into the limelight. After the celebration, the Litchfield Patriots decided to place a new gravestone at his burial location that would give him the credit he was due.

The SAR participated in Saturday’s dedication as did the Mary Floyd Tallmadge Chapter of the Daughters of the American Revolution and St. Paul’s Masonic Lodge, which Adams was a member of. American Legion Post 27 of Litchfield and American Legion Post 44 of Bantam provided a color guard. First Selectman Denise Raap, state Sen. Craig Miner, R-Litchfield, and the pastor of the First Congregational Church of Litchfield, Rabbi Peter Oliveira, offered remarks. 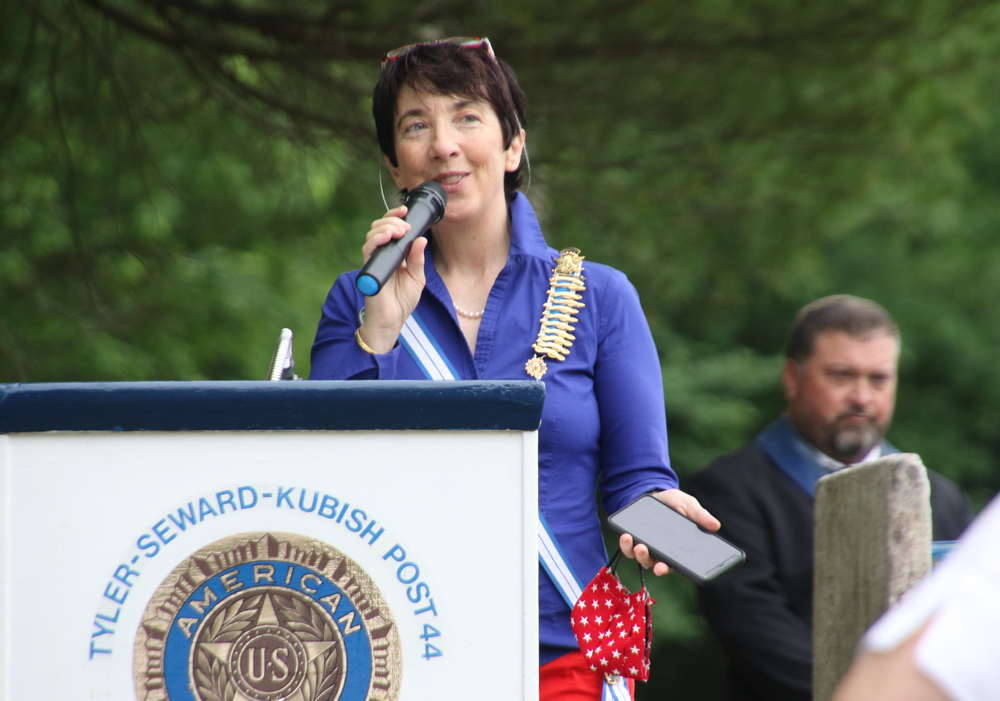 Alice Ridgway of Northfield, honorary state regent of the Connecticut Daughters of the American Revolution, was the master of ceremonies. 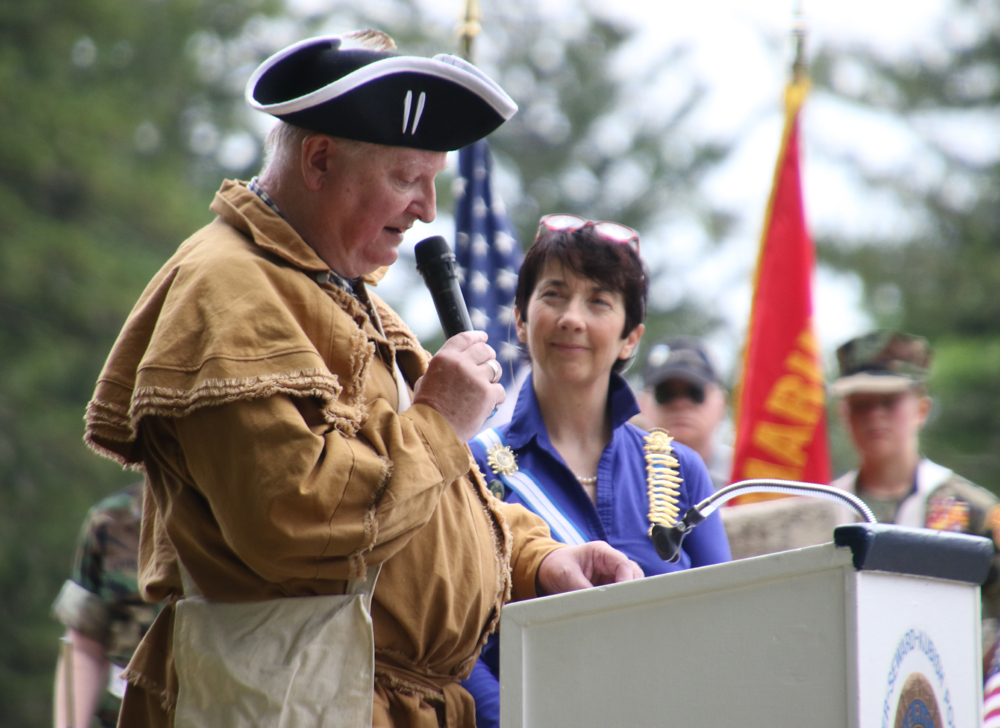 Peter Stothart, president of the Gov. Oliver Wolcott Branch of the Sons of the American Revolution, reads the biography of Andrew Adams. 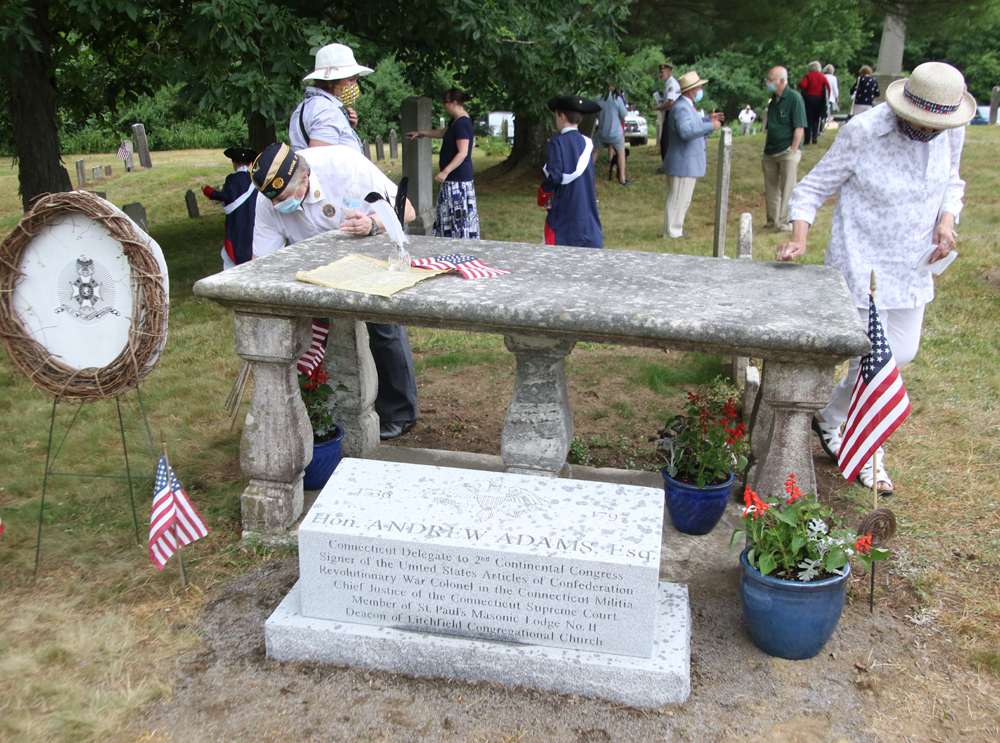 The new gravestone is set next to the tabletop monument to Adams. 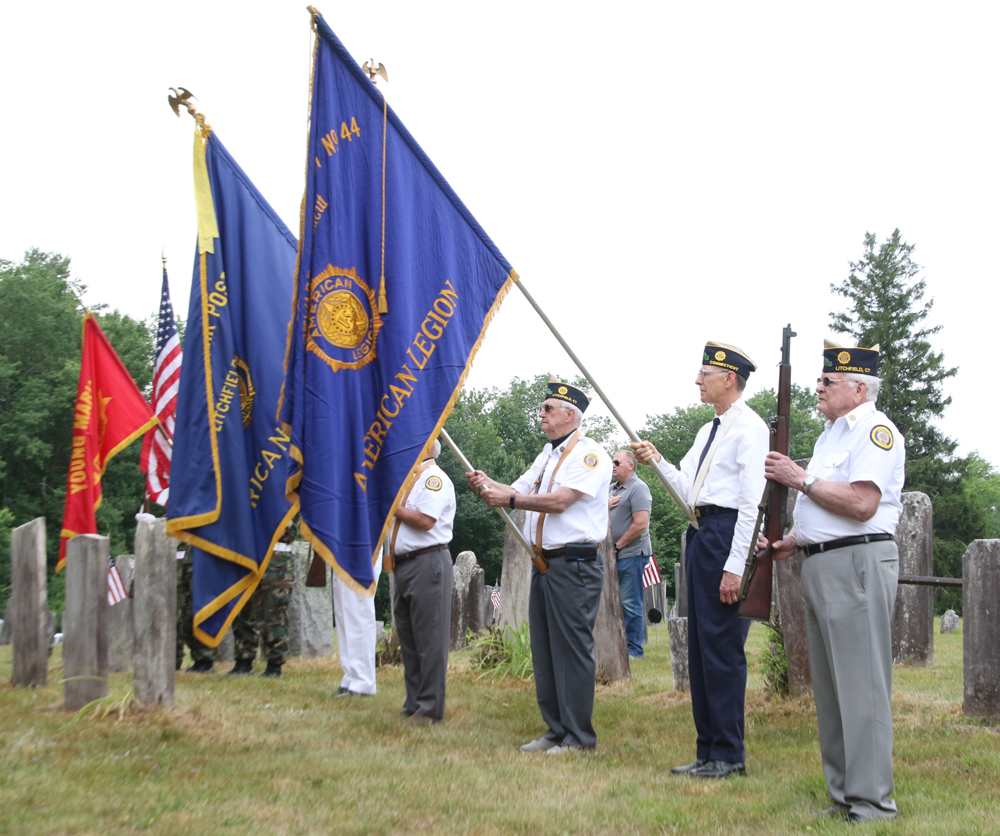 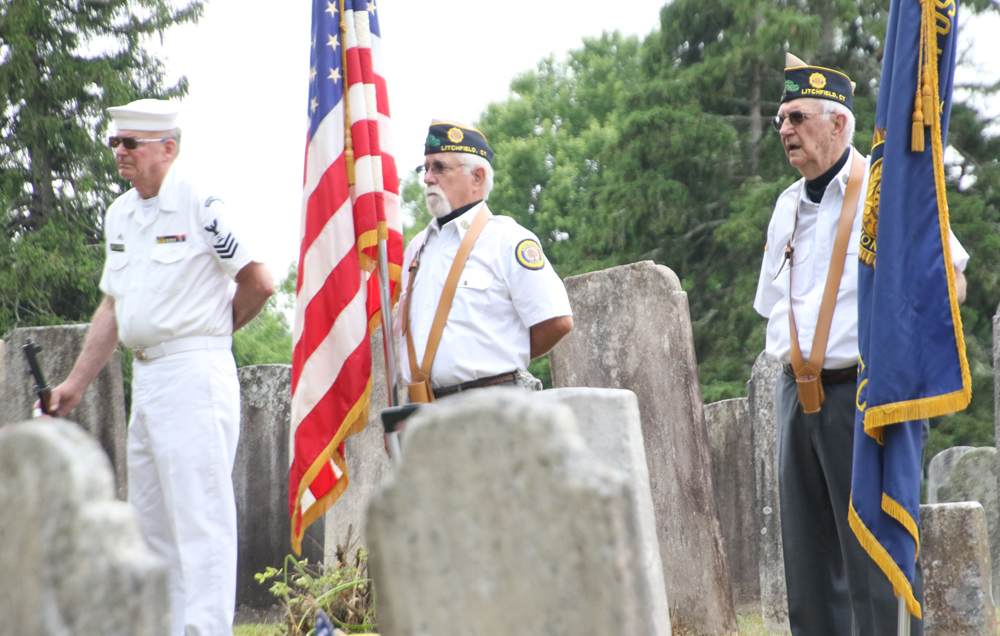 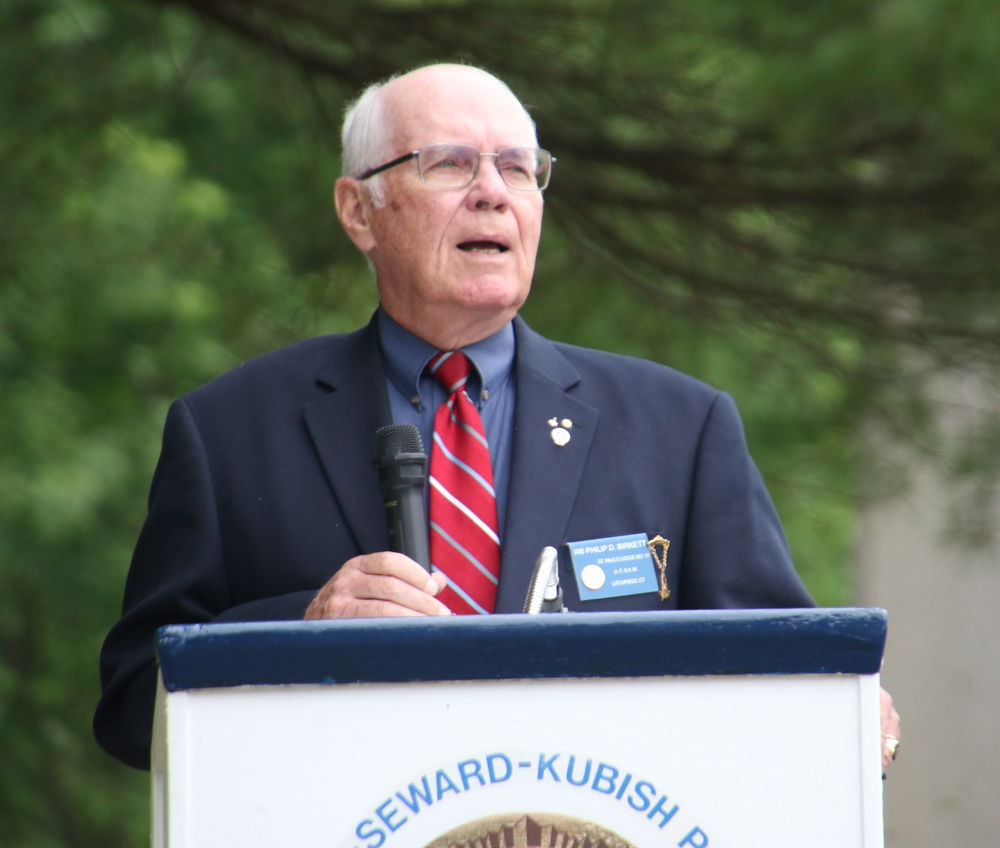 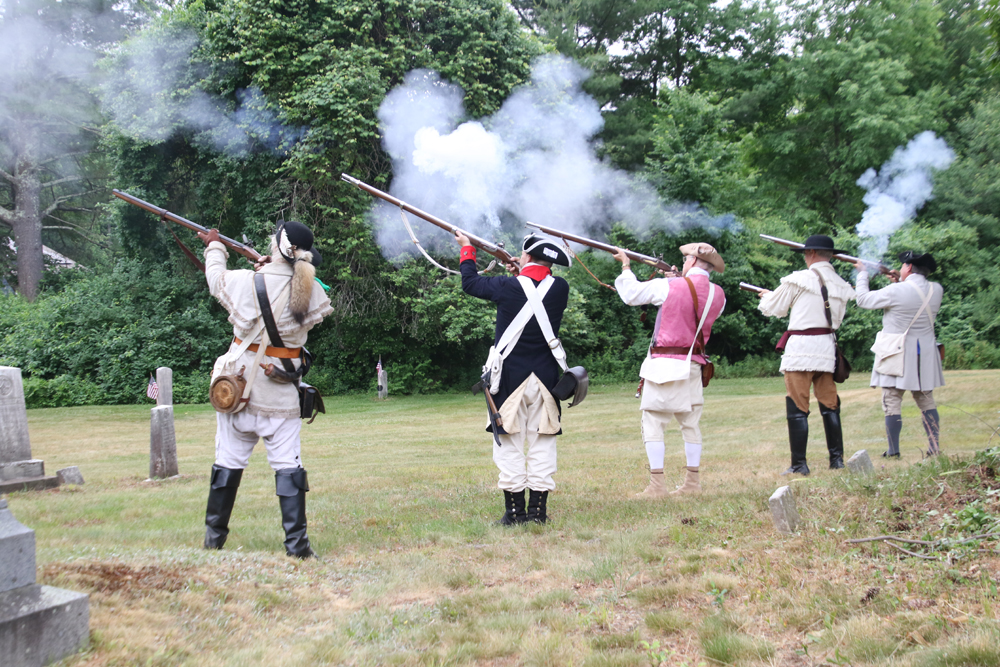 The Gov. Oliver Wolcott Branch of the Sons of the American Revolution musket squad fires a volley. 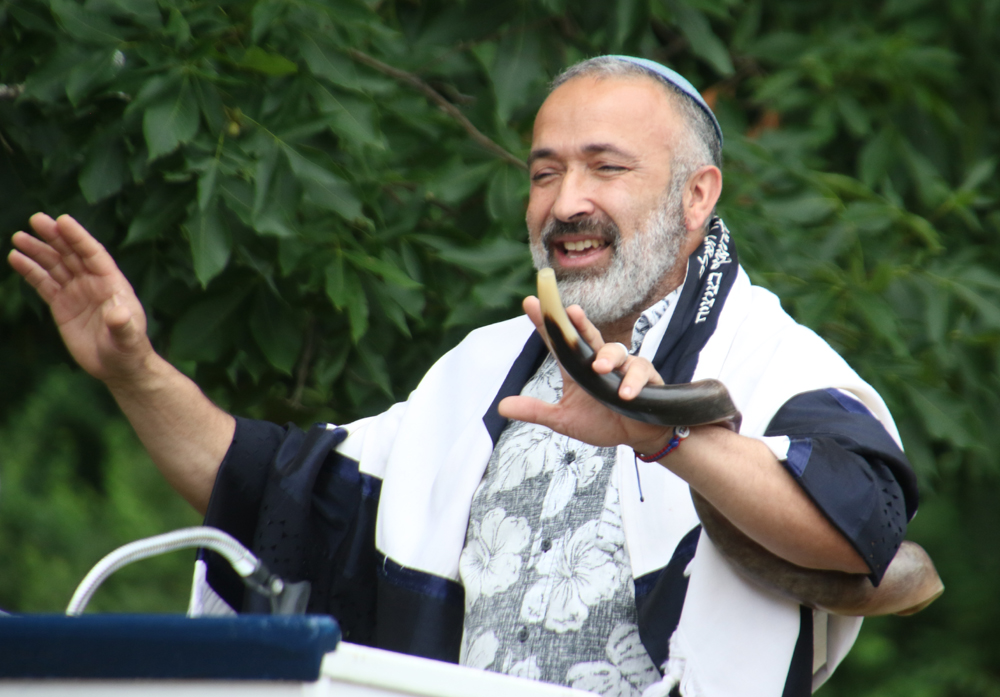 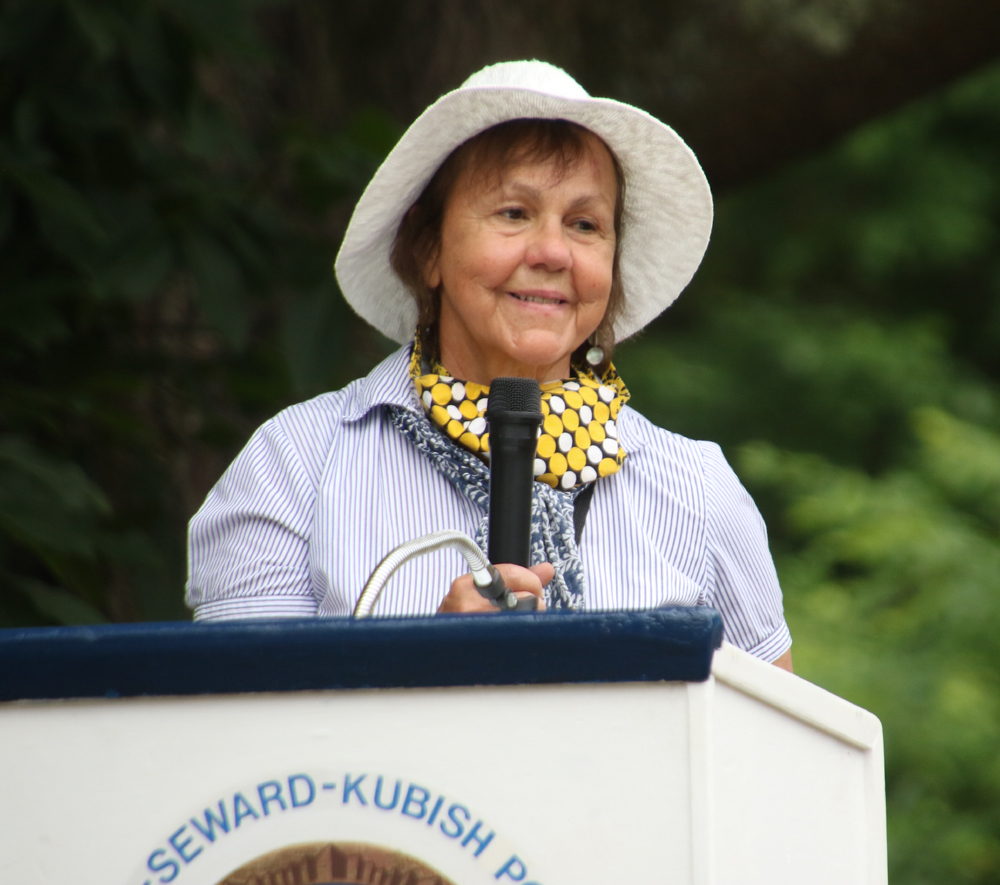 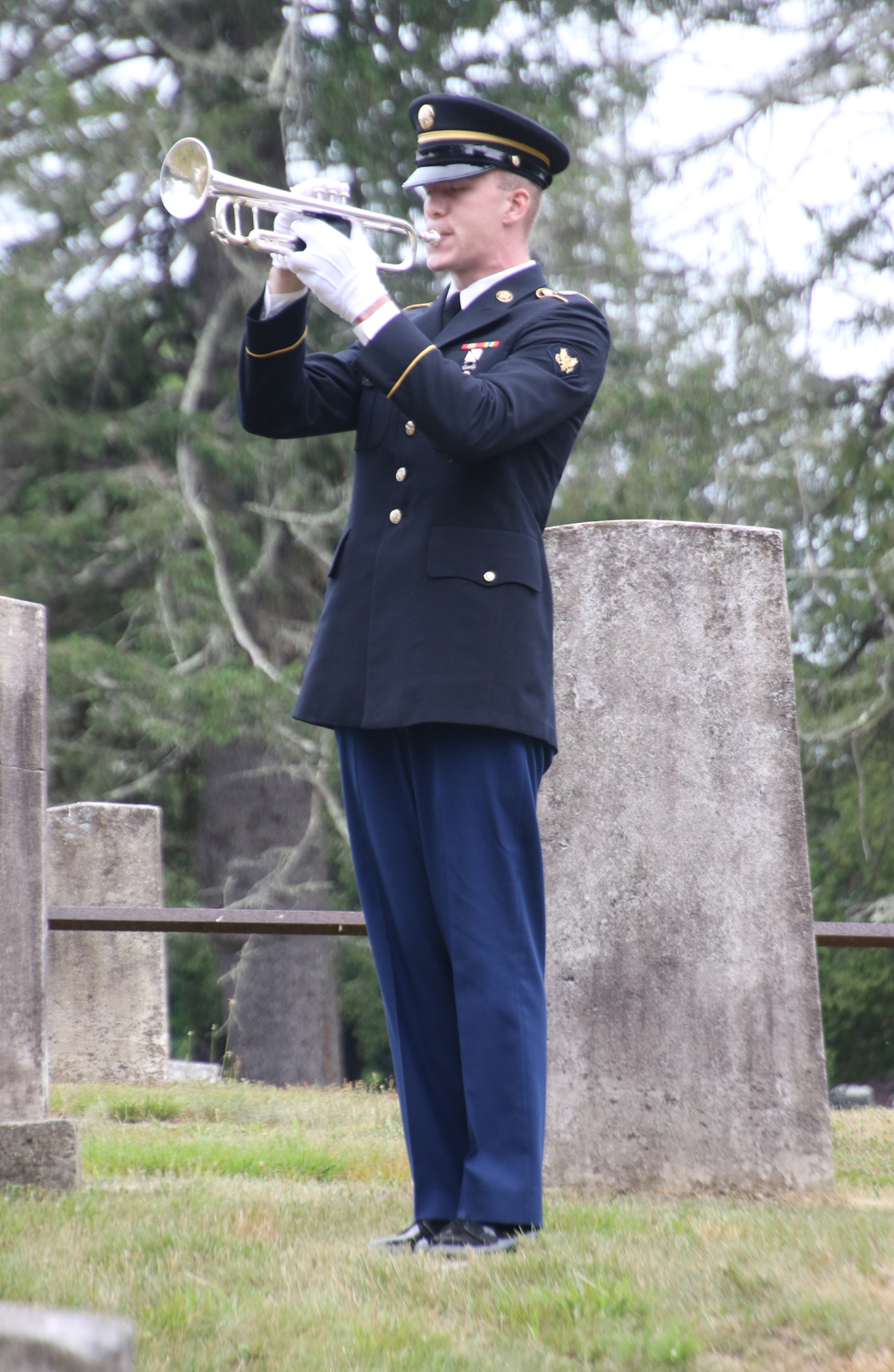