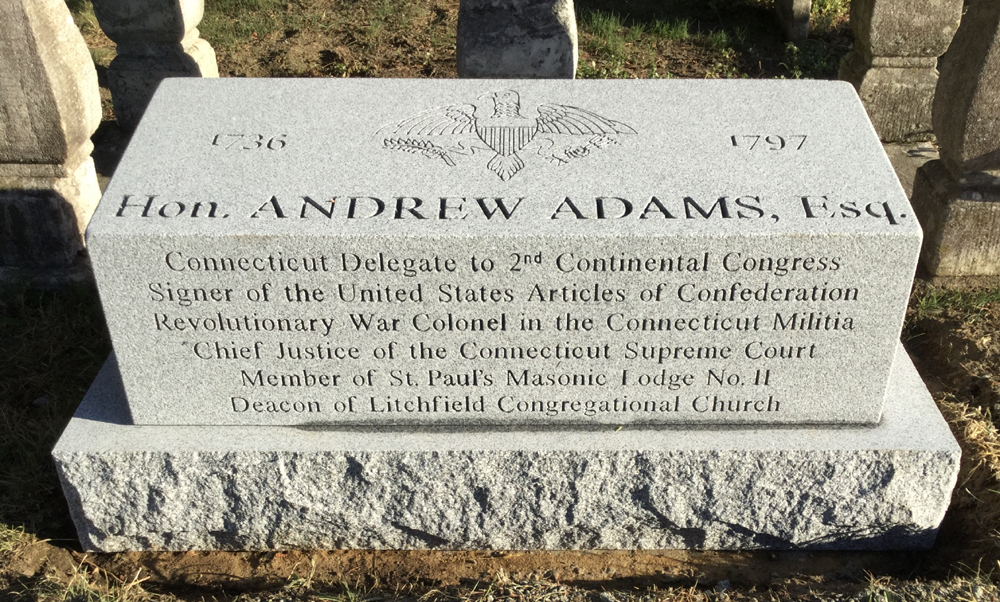 The new gravestone at the burial site of Andrew Adams in West Cemetery in Litchfield will be dedicated on Saturday. Contributed photo

A new gravestone honoring a Litchfield resident who played a key role in the birth of the country will be dedicated in West Cemetery on Saturday at 10 a.m.

The gravestone is placed next to Adams’ monument in the cemetery where he was buried in 1797. It was funded by a grant from the Seherr-Thoss Foundation and the Litchfield Patriots, which learned of Adams’ historical significance last year as it prepared for the town’s 300th anniversary celebration. The monument to Adams was in poor condition and the Litchfield Patriots was unaware of it until the Gov. Oliver Wolcott Sr. Branch of the Sons of the American Revolution brought it to the attention of the organization.

Adams moved to Litchfield in 1774 with his wife, Eunice, after being appointed prosecuting attorney for Litchfield County. After the Revolutionary War, he served as a state representative and chief justice of the Connecticut Supreme Court.