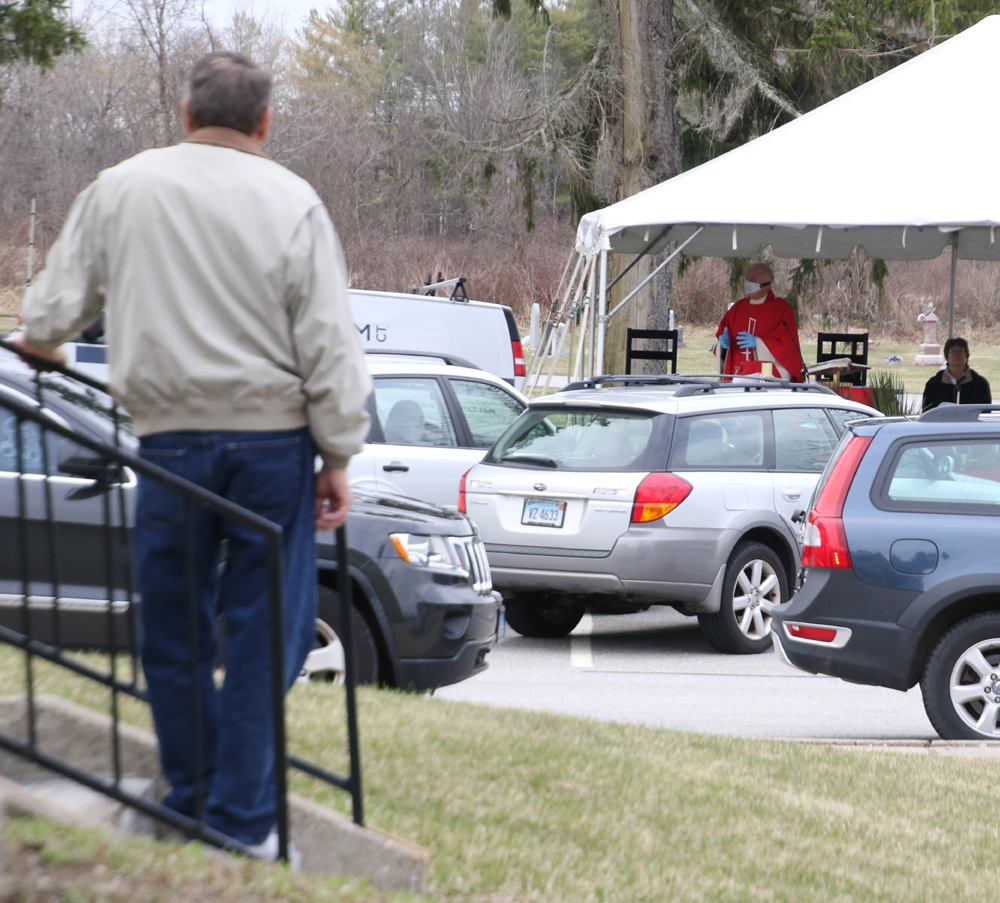 Palm Sunday Mass outdoors at St. Thomas of Villanova Church in Goshen drew a large crowd. Mass was celebrated by Monsignor Robert F. Tucker. Parishioners remained in the vehicles during Mass and were served communion by Tucker and Eucharistic ministers Helen Loomis and Dolores Marshall. The plan was to hold Mass outdoors on Holy Thursday and on Easter Sunday, but the Archdiocese of Hartford has declared that outdoor Mass will no longer be allowed until at least May 1. 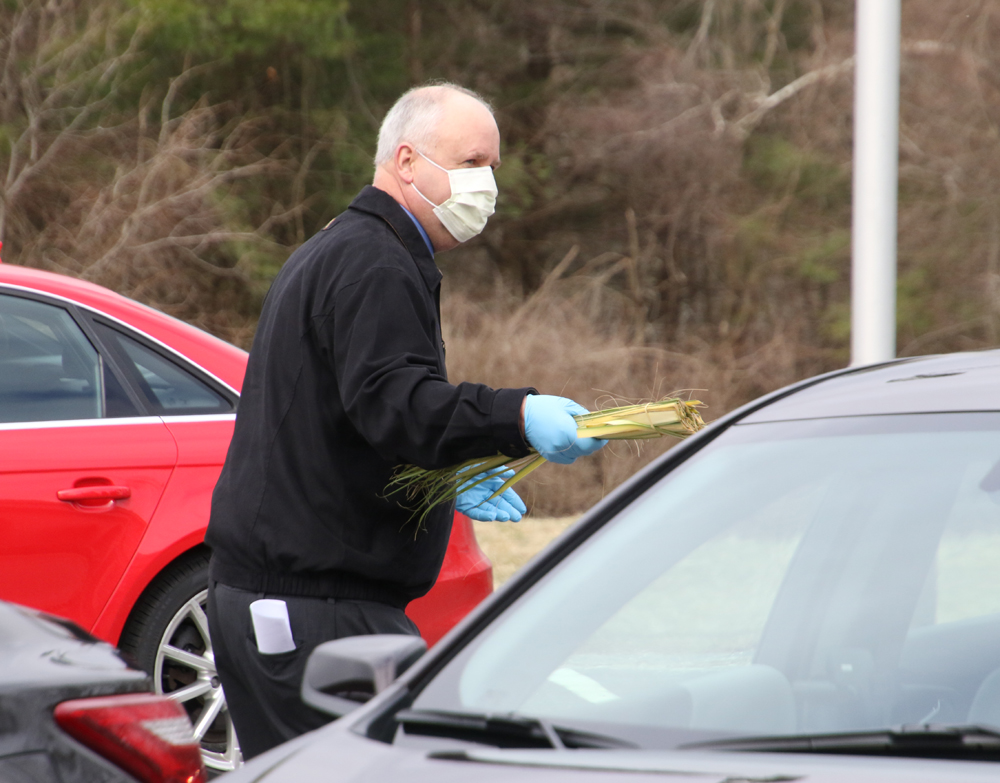 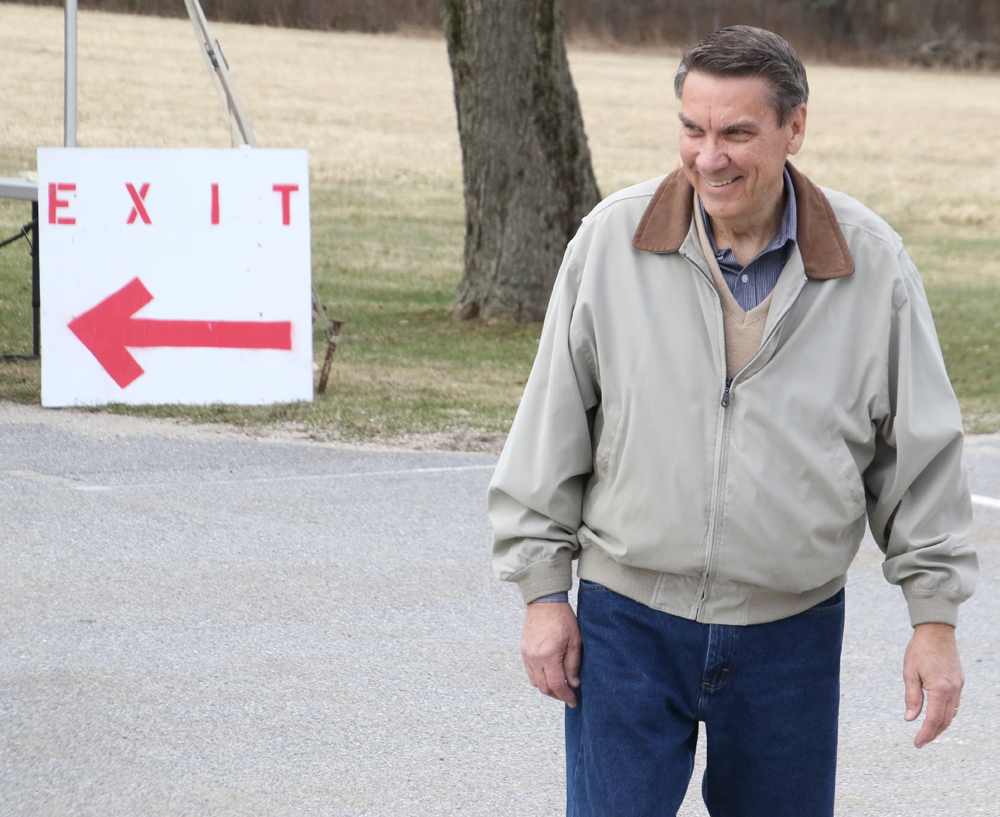 Parishioner Art Witkowski directed traffic at the conclusion of Mass.