Wedding a bright light in a dark time 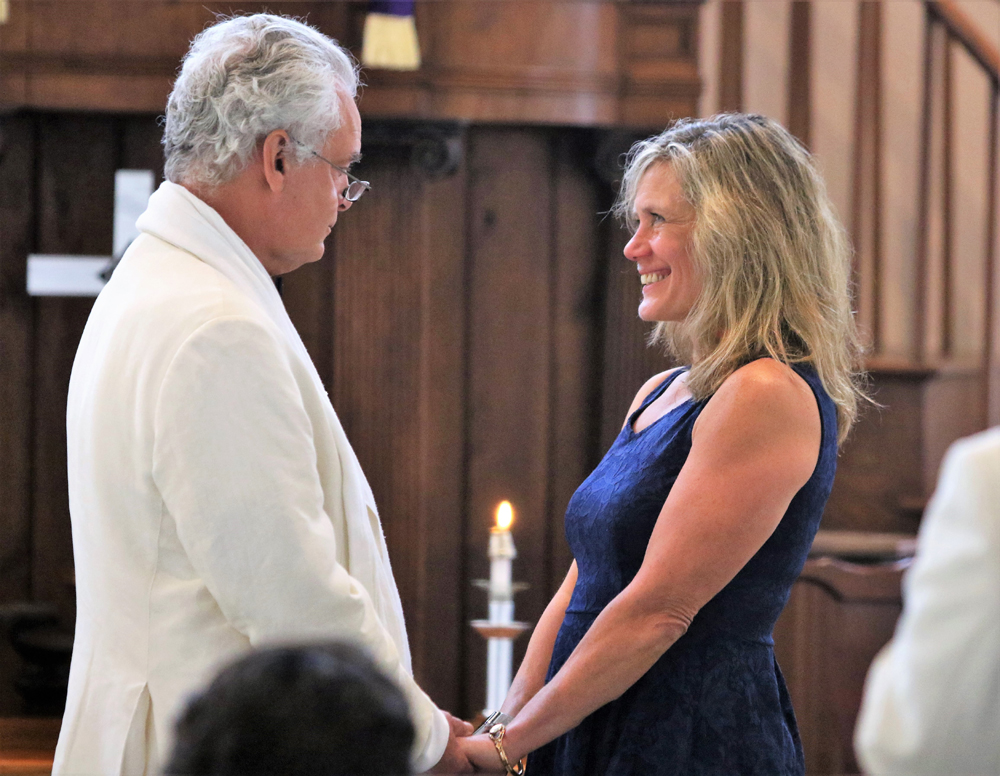 Harvey Hubbell and Stephanie Weaver, both of Litchfield, were married in an impromptu ceremony at the Warren Congregational Church on Sunday. BZ photos

Before an empty church and with a minister high above them, Harvey Hubbell and Stephanie Weaver exchanged vows in a hastily planned wedding at the Warren Congregational Church on Sunday.

It was a union prompted by the uncertainty of the coronavirus pandemic. Moving the wedding up from the originally planned date of July 4 was a response to the growing crisis, they said, an opportunity to create some happiness at a difficult time.

The couple from Litchfield was married by the church’s pastor, the Rev. Gary Kitchin, in a ceremony that observed social distance guidelines. Participants in the wedding were Hubbell’s daughter, Allie, and her boyfriend, Denis Smirnov, and Weaver’s mother, Janet Stephens, all of whom have been staying at Hubbell’s farm during the crisis, and Weaver’s Boston terrier, Ernest.

Kitchin, who underwent heart transplant surgery two years ago, conducted the wedding from the pulpit, high above the church floor as a precaution.

Weaver, an attorney, is a former deacon at the church where she has been a congregant for 17 years. Harvey Hubbell is a producer of independent films. 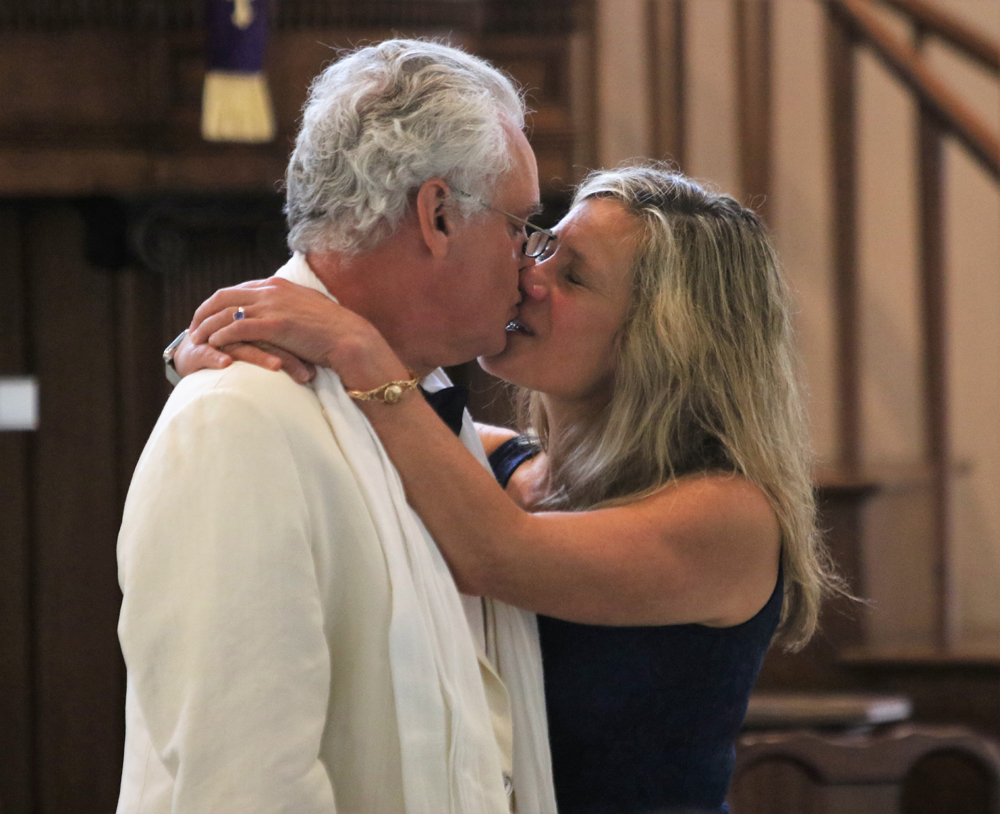 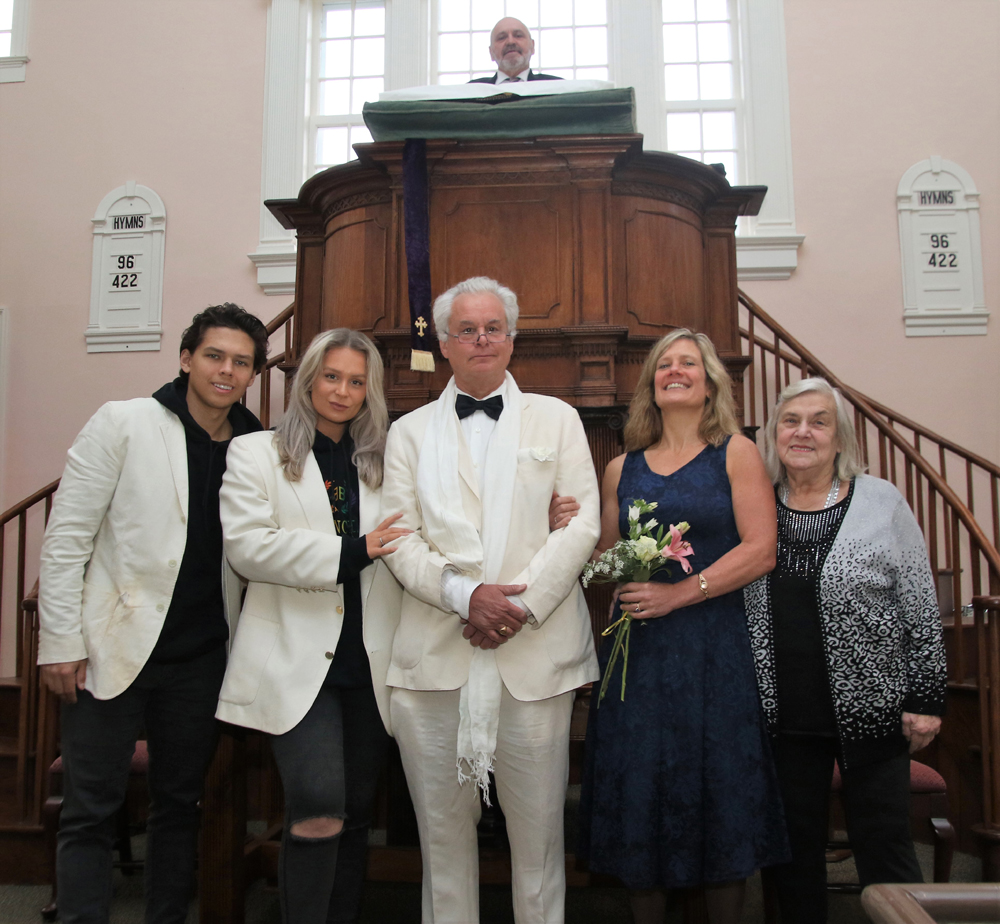 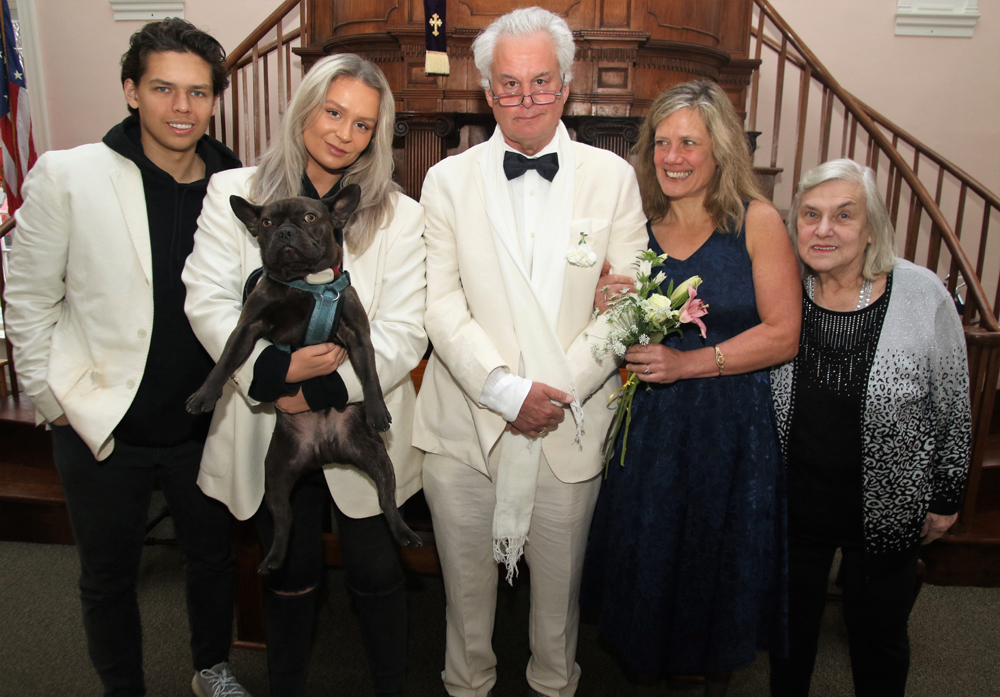