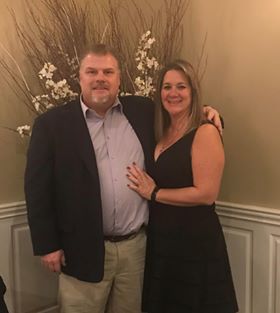 In the worst of times, the best in people rises to the challenge of helping others. As business owners, Diana and Robert McIntosh of Morris understand all too well how important it is to “keep things going” during these tough times.

Diana said, “It was getting harder, so I was looking for something else. Then I heard Nicole Straight on local radio, talking about Food for the Front Lines, a mission that allows the Connecticut community to raise money for local restaurants to deliver meals to first responders, and was convinced this was the direction to take.”

Begun by Nicole Straight, former Fairfield County Site Director for Food Rescue US , “Food For The Front Lines” in Fairfield County is closing in on their GoFundMe goal of $25,000 to feed Connecticut’s EMS workers, first responders, ER & ICU staff, and those on the front lines of the COVID-19 crisis. These are the people, some volunteers, who are working at personal risk to keep their community well and safe. The other benefit of the program is to offer support for local Connecticut restaurants that are struggling.

Robert McIntosh fronted the first set of meals that were given to Litchfield Volunteer Ambulance.

“My brother Paul Decarolis was an EMT and a firefighter for Watertown Fire Department for many years,” Diane McIntosh said. “He passed away three years ago, but he would have been the first one out there to help with the COVID-19 crisis. I am doing this with him in my heart.

Robert and Diana McIntosh have delivered food supplied by the Berkshire Café in Torrington to the Watertown Fire Department and the Litchfield Wood nursing facility in Torrington.

To support this Connecticut effort to help and support those on the front lines of the COVID-19 virus, find Diana A. McIntosh on Facebook, email diana@frontlineelectric.com, or go to http://www.gofundme.com/f/food-for-the-front-linelitchfield-county.