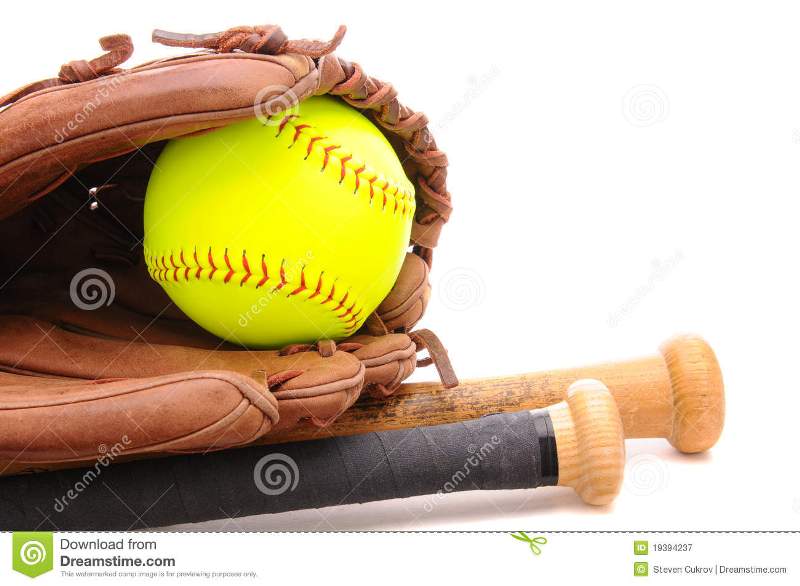 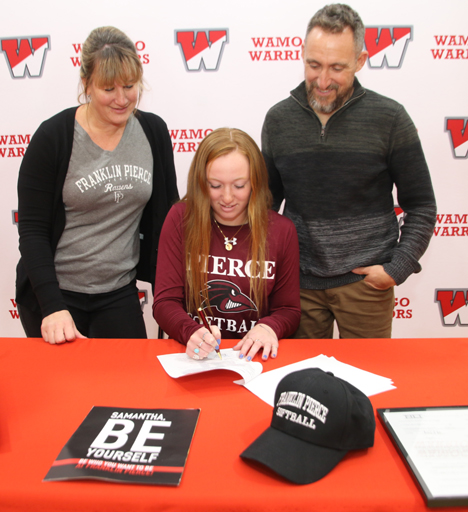 Wamogo senior Samantha Sylvester, an All-State softball pitcher, is watched by her parents, Dave and Carolyn, as she signs a letter of commitment to attend Franklin Pierce University. Sylvester and her Wamogo teammates will be joined by Litchfield players on a co-op team for the coming spring season. John McKenna photo

The Wamogo and Litchfield softball teams will form a co-op team this spring to address low participation numbers at each school.

Athletic coordinators Dan Nemergut of Wamogo and Kyle Weaver of Litchfield announced this week that the co-op arrangement has been approved by the CIAC.

Wamogo will serve as the host school of the co-op, which means Litchfield players will suit up in Wamogo uniforms. Home games will be played at Wamogo. The team will have co-head coaches in Kerri Stolle from Wamogo and Mandy Tuthill from Litchfield. Stolle was the Wamogo assistant coach last year under head coach Dave Sylvester, who will not be returning.

Under Sylvester, Wamogo has been one of the best teams in Class S the past few years. The Warriors, however, were hit hard by graduation last year. Litchfield, meanwhile, has struggled to put a competitive team on the field for several years.

Wamogo had 15 girls sign up to play, while Litchfield had only seven. With a roster of 22 players, the co-op team would likely be able to play some junior varsity games.

It remains uncertain how much of the upcoming season will be able to be played due to the coronavirus crisis. Details such as cost-sharing and transportation are being worked out.