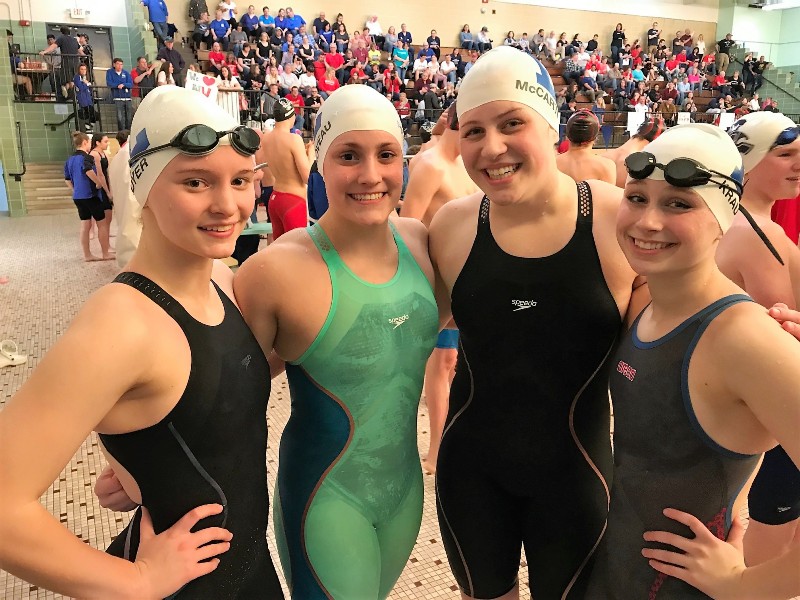 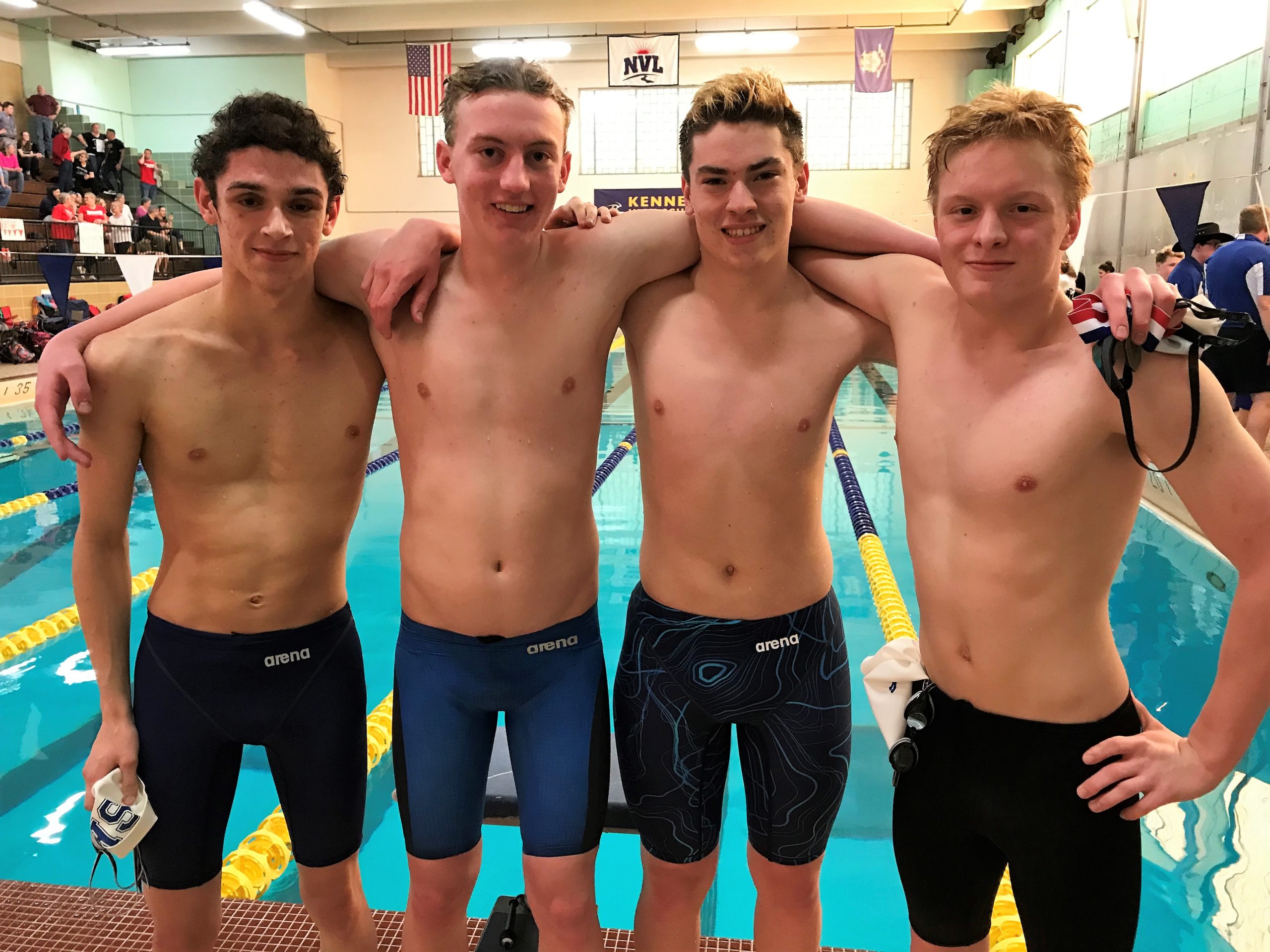 Setting a school record in the 400 relay for Litchfield in the Berkshire League championship meet were, from left, Will Rodriguez, Sage Sobek, Danny O’Leary and Ethan Dyer. John McKenna photos

It was a memorable Berkshire League swim championship on Saturday individually and team-wise for Litchfield.

Litchfield finished second to Northwestern with 743.5 points and saw five of its swimmers post school records, led by Danny O’Leary’s record-setting time in the 500 freestyle and Kenyon Prenoveau’s record in the 100 butterfly. O’Leary won the race in 4:58.12. He also excelled in winning the 100 backstroke in 57.85 seconds.

“Our coach, Todd Dyer, really got me ready for today,” said O’Leary, who will swim at Catholic University next year. “I played it smart, stayed positive and went for it.”

O’Leary teamed with Ethan Dyer, Sage Sobek and Will Rodriguez to finish second in the 400 freestyle relay in a school record 3:26.29.

“We swam incredibly well, and I couldn’t be more pleased, ” Todd Dyer said. “They’ve worked hard all season and today they rose to the occasion.” 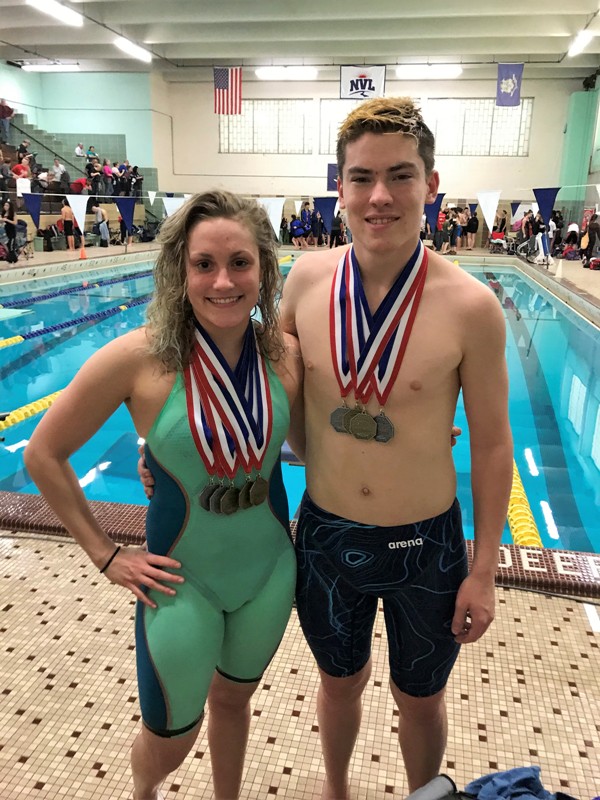 Litchfield senior captains Kenyon Prenoveau and Danny O’Leary with their collections of medals from the meet. 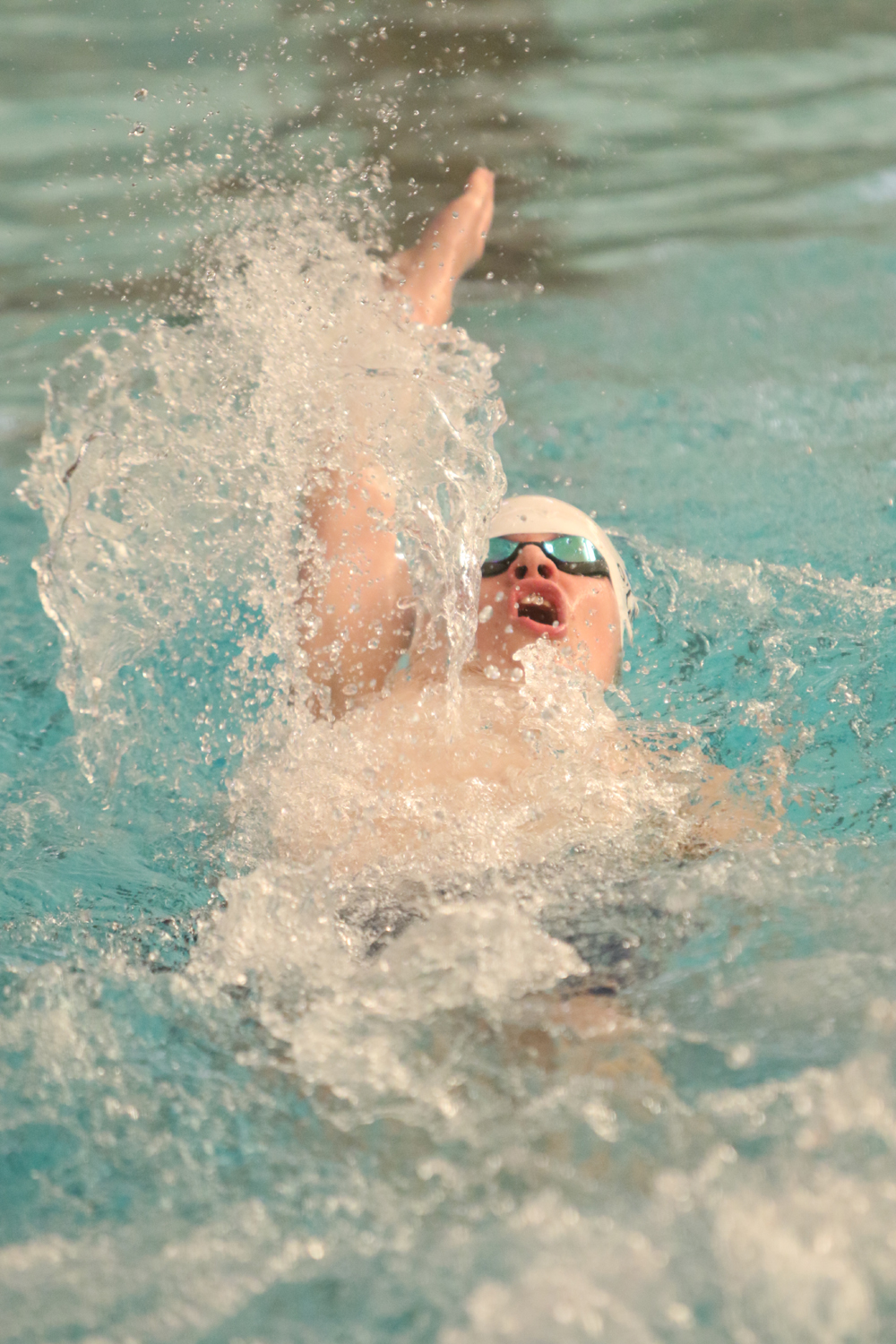 Danny O’Leary on his way to winning the 100 backstroke. 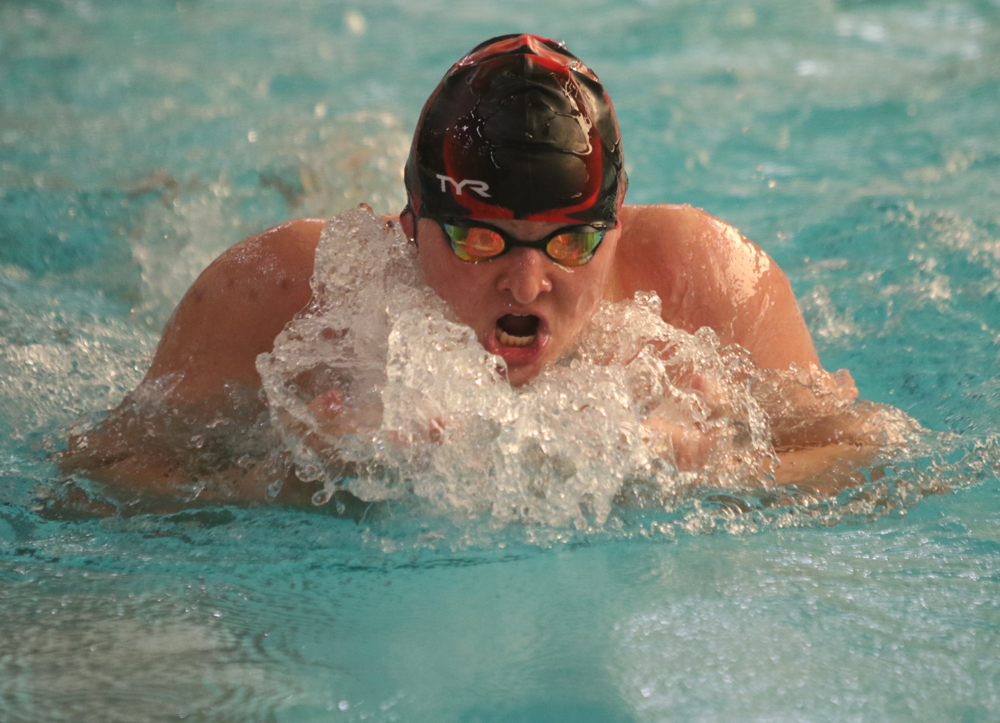 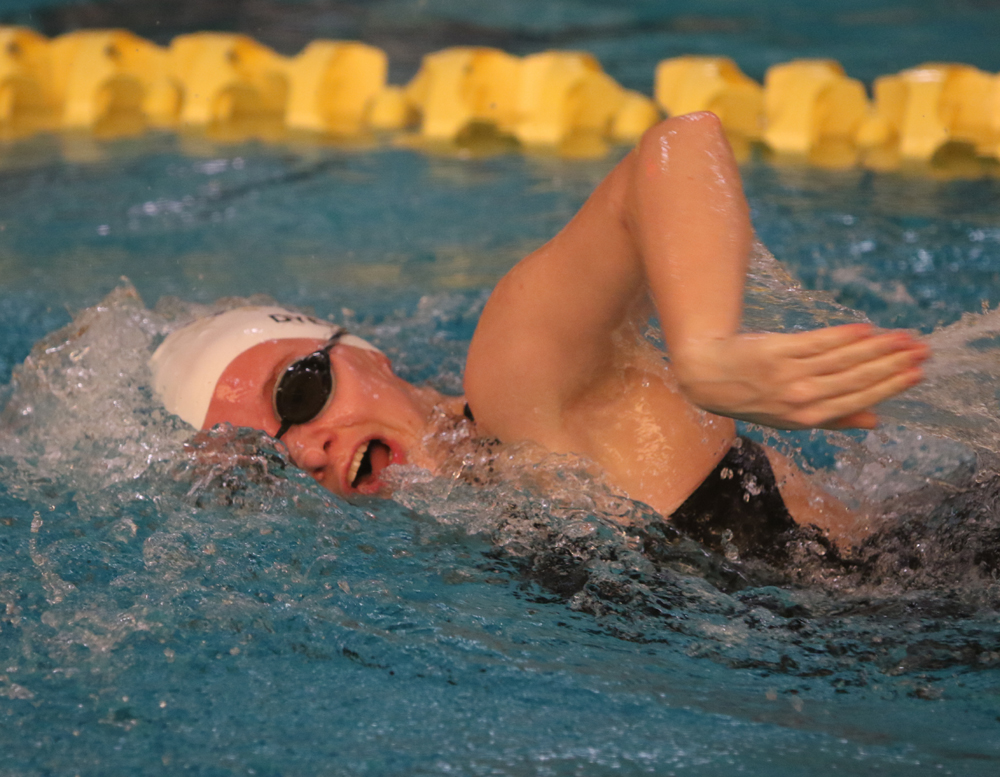 Kyleigh Dyer swims in the 200 freestyle relay for Litchfield. 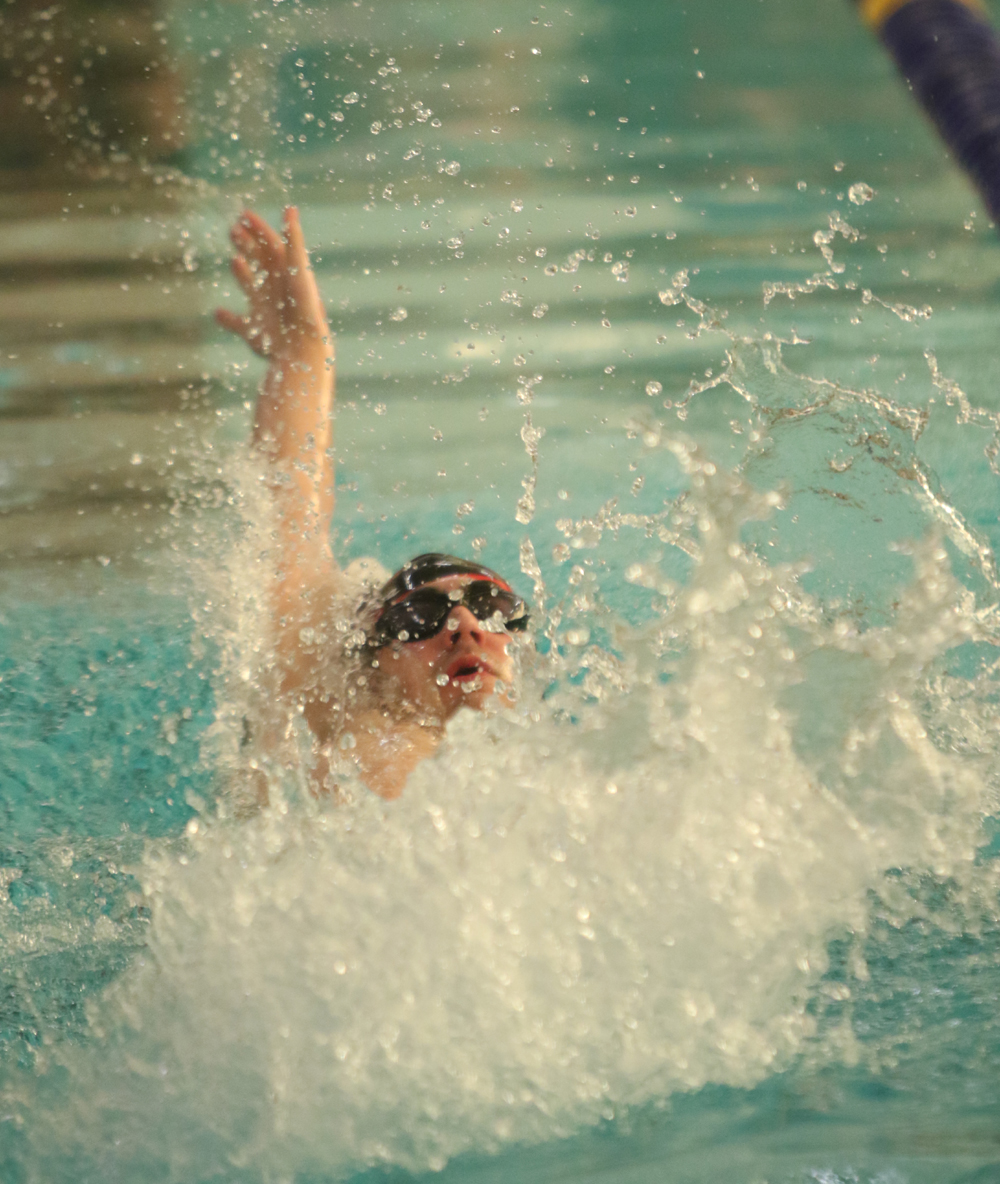 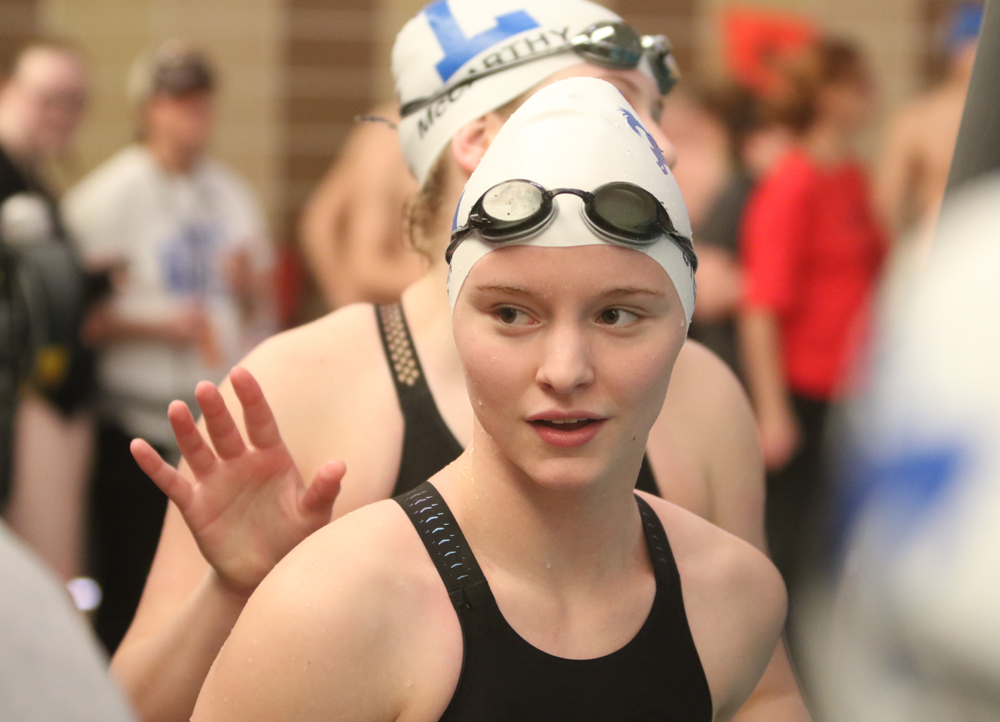 Kyleigh Dyer gets ready for her part in the 400 freestyle relay. 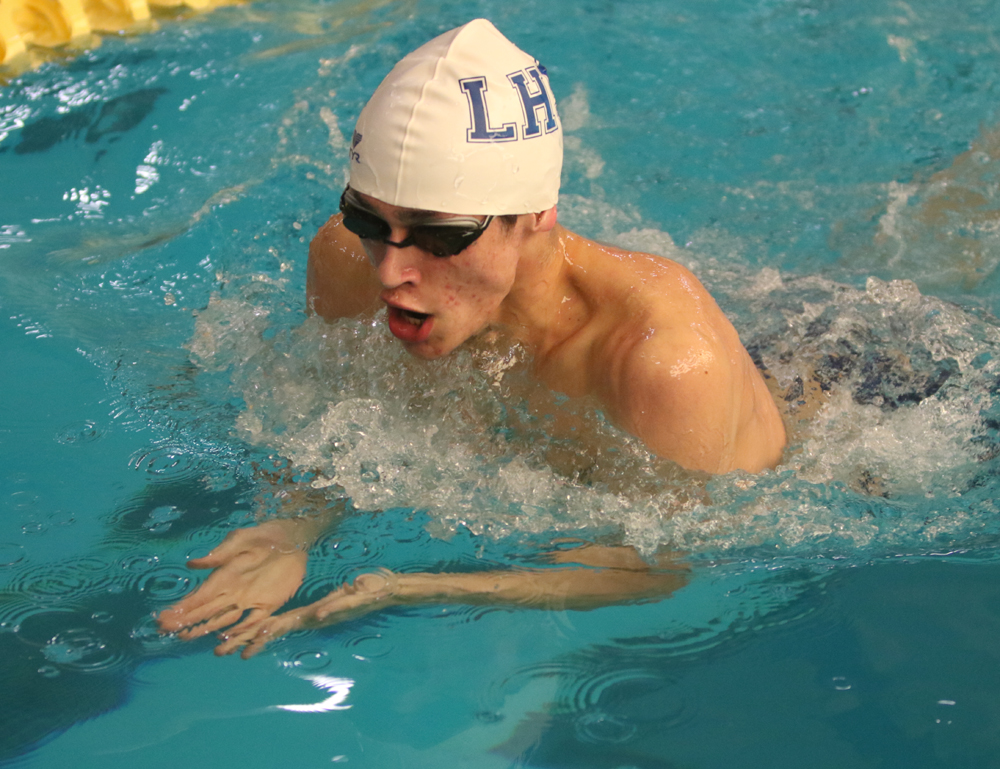 Will Rodriguez takes a breath in the 100 breaststroke. 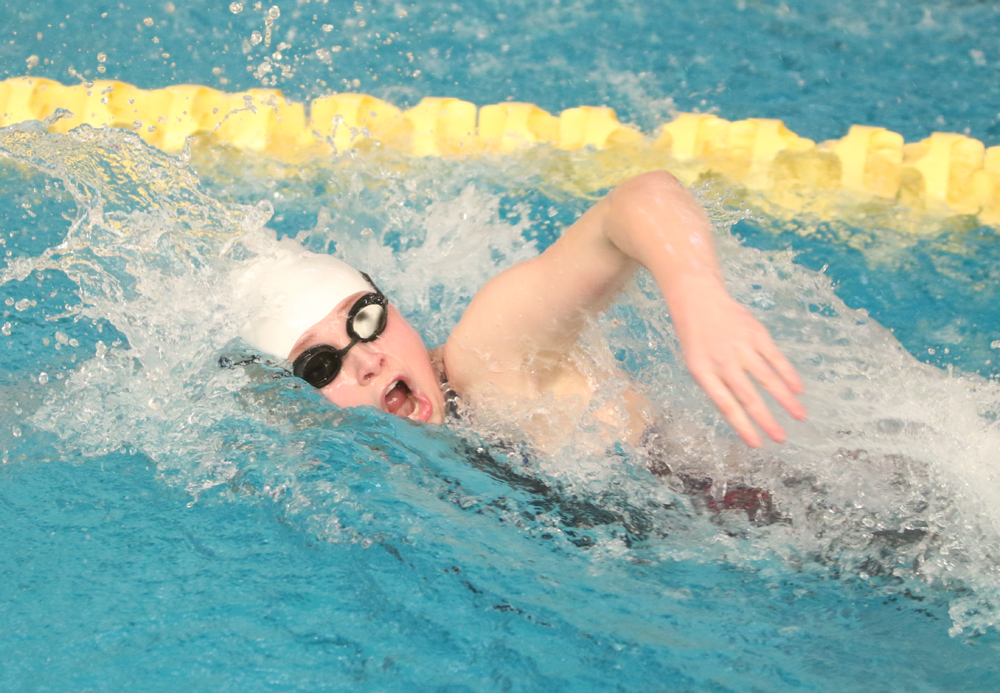 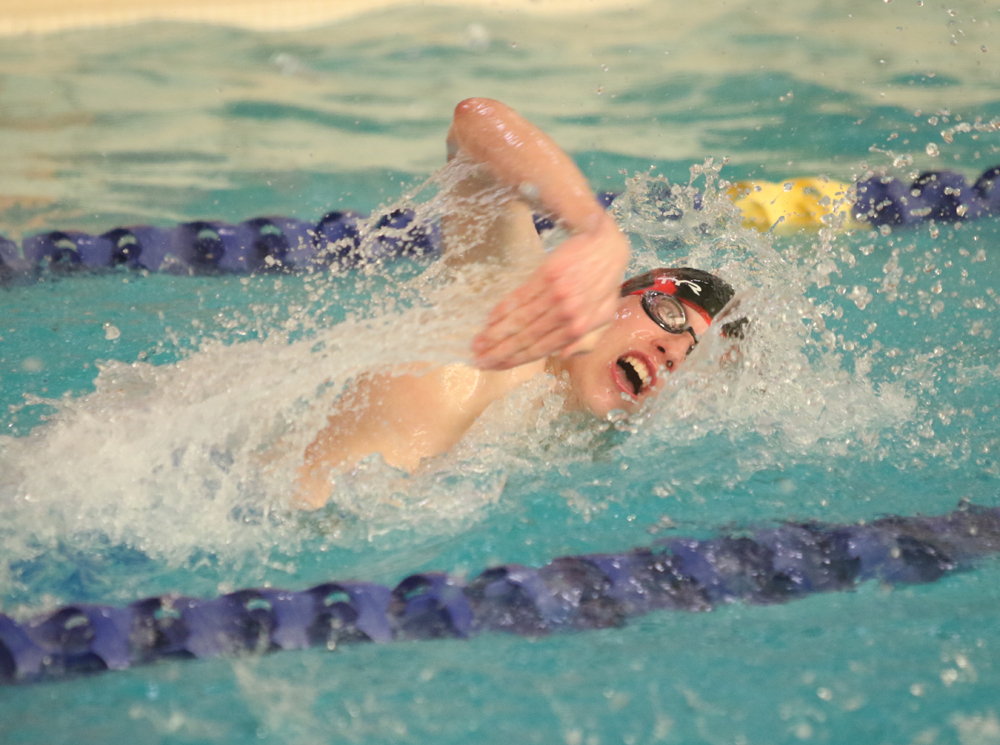 Wamogo’s Ethan Cook in the 100 freestyle.

Litchfield’s Brendan Wilson in the home stretch of the 100 breaststroke.