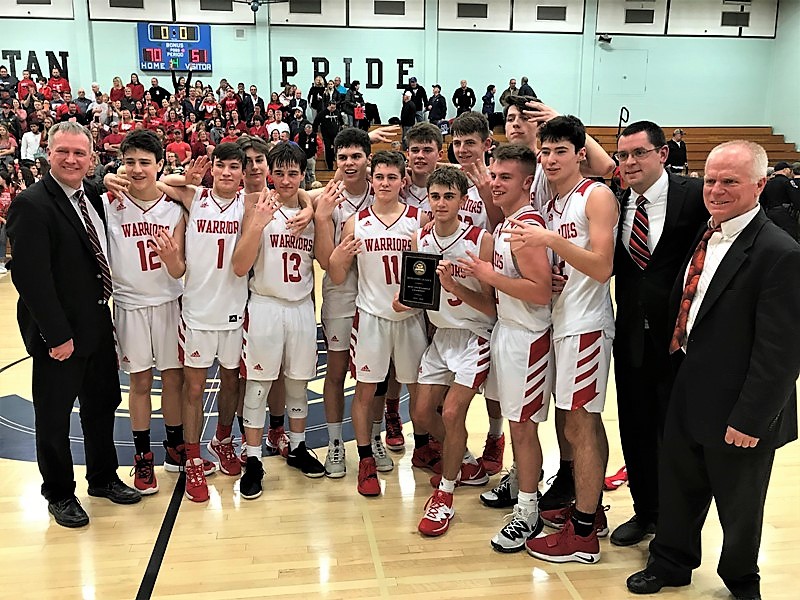 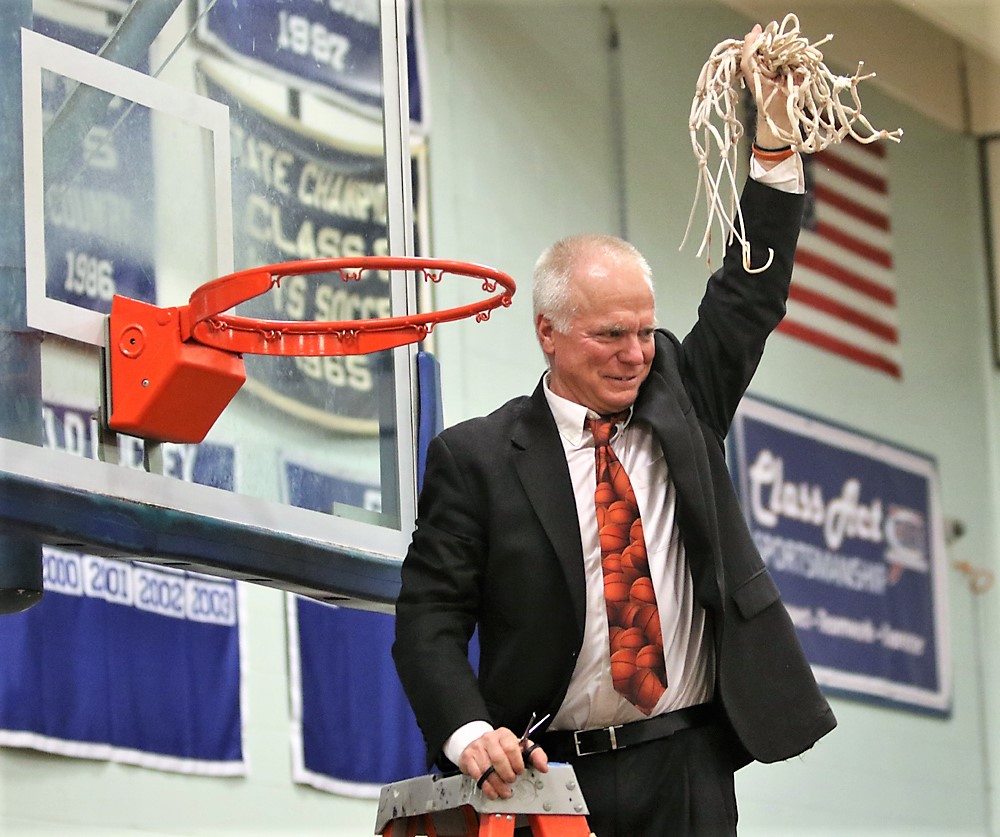 When it comes to climbing a ladder and cutting down a net, no one in the Berkshire League does it better or more often than Wamogo boys basketball coach Gregg Hunt and his fiercely determined band of players.

Hunt and his club made the ultimate BL climb for the fourth straight season on Thursday following a 70-61 win over Nonnewaug in the league tournament championship game at Shepaug.

“It says a lot about our team and how close we are,” senior and leading scorer Ethan Collins said. “To do this four straight times is amazing. It’s happened because we work harder than any other team.”

Wamogo (19-4) befuddled Nonnewaug with its trademark 2-2-1 press, half-court defensive pressure and a patient, disciplined offense. In the end it was the experience of the Warriors that carried them to another championship. Their senior-laden lineup just had too much know-how for Nonnewaug and pretty much toyed with the Chiefs all night.

“Nonnewaug is a good team and we knew we’d have to play well to win,” Hunt said. “We forced a ton of turnovers, and that was the difference.”

Matt Mazzarelli, one of nine seniors on the roster, was a huge factor with 23 points, 13 of which came in the second half and helped the Warriors gain control after leading 34-28 at halftime. Mazzarelli came off the bench for eight points in the second quarter and drained a three-point field goal with 11 seconds left in the half to put the Warriors up by six and give them the momentum.

“The three at the end of the half was huge,” Hunt said. “The last four or five games, (Mazzarelli) has really stepped up. He played well in the first two games of the tournament and tonight was even better.”

Mazzarelli’s eight-point third quarter came with Collins on the bench in foul trouble after he struck for 12 points in the first half.

“Every night someone different steps up for us,” Collins said. “Tonight Matt was the one.”

Mazzarelli nailed three three-point field goals and slashed to the basket for the rest of his points. Lately, he’s been doing what Hunt hoped he would do all season following a promising junior year. After starting the first few games but struggling, Mazzarelli went to the bench and eventually found his stride as the ever-important sixth man.

Wamogo began pulling away in the third quarter behind some aggressive play by Eric Odenwaelder (9 points) and Ben Roy (9 points) and led by as many as 16 points (54-38) on a Roy bucket before Nonnewaug began chipping away and got within seven (66-59) in the final minutes. The Chiefs, however, ran out of time.

Collins finished with 17 points and Charlie Coffey, a sophomore and the lone non-senior who contributes for the Warriors, scored eight. Cole Higgins also played a solid game for the winners.

It was the seventh BL tournament title for Hunt since he began coaching at Wamogo in 1995-96.

Next for the Warriors is the Division III state tournament. They’ll be at home Wednesday at 6:30 p.m. to face the winner of Monday’s game between Avon and Bethel. 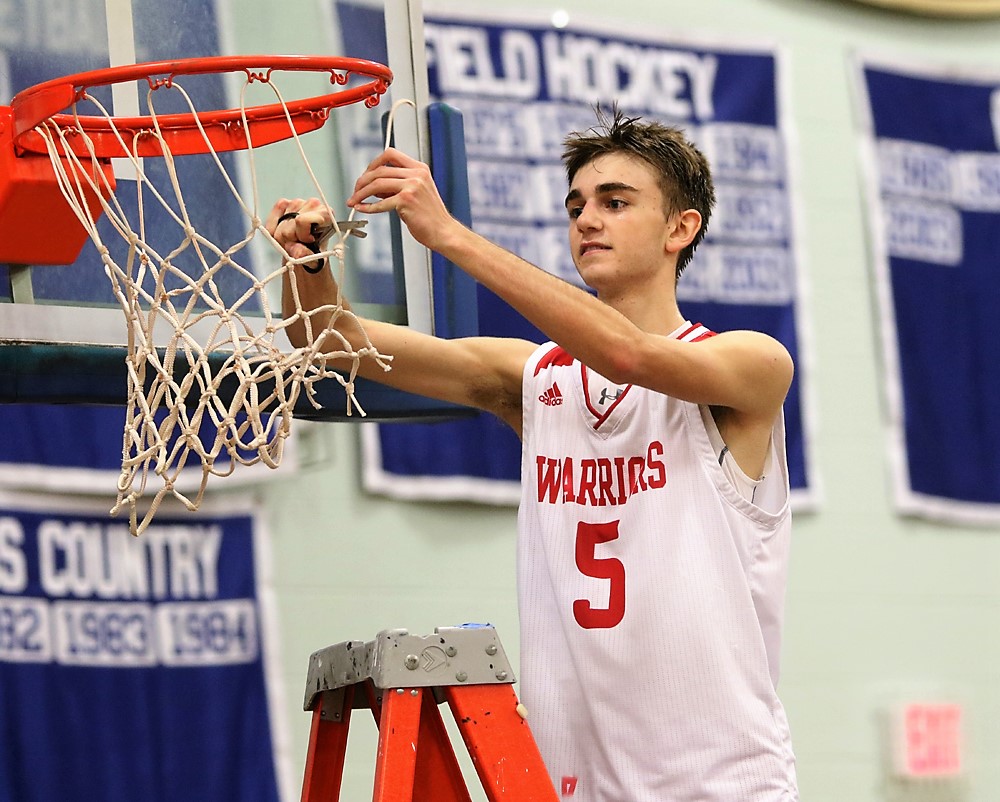 Matt Mazzarelli, a decisive factor with 23 points off the bench, takes a piece of the net. 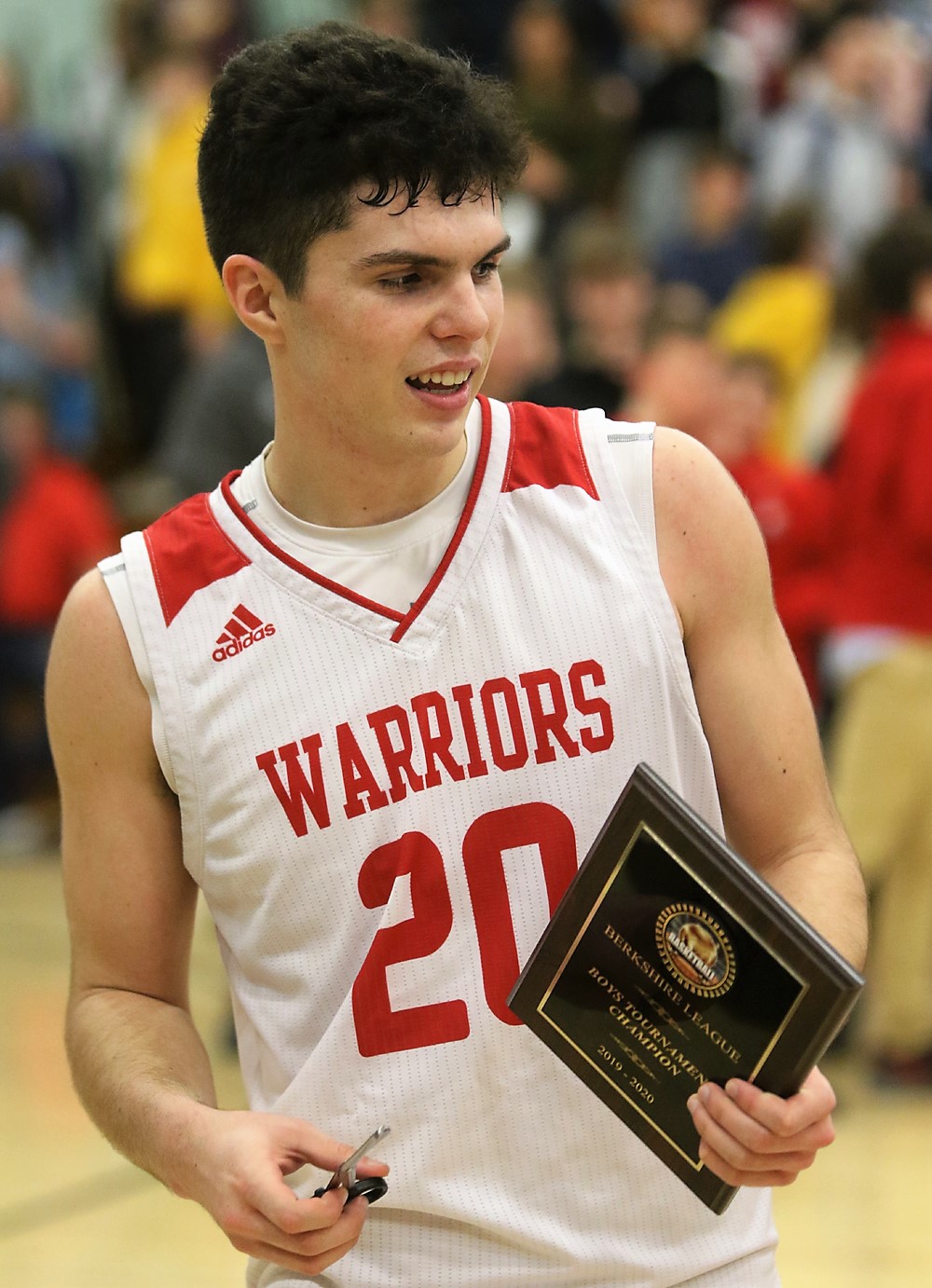 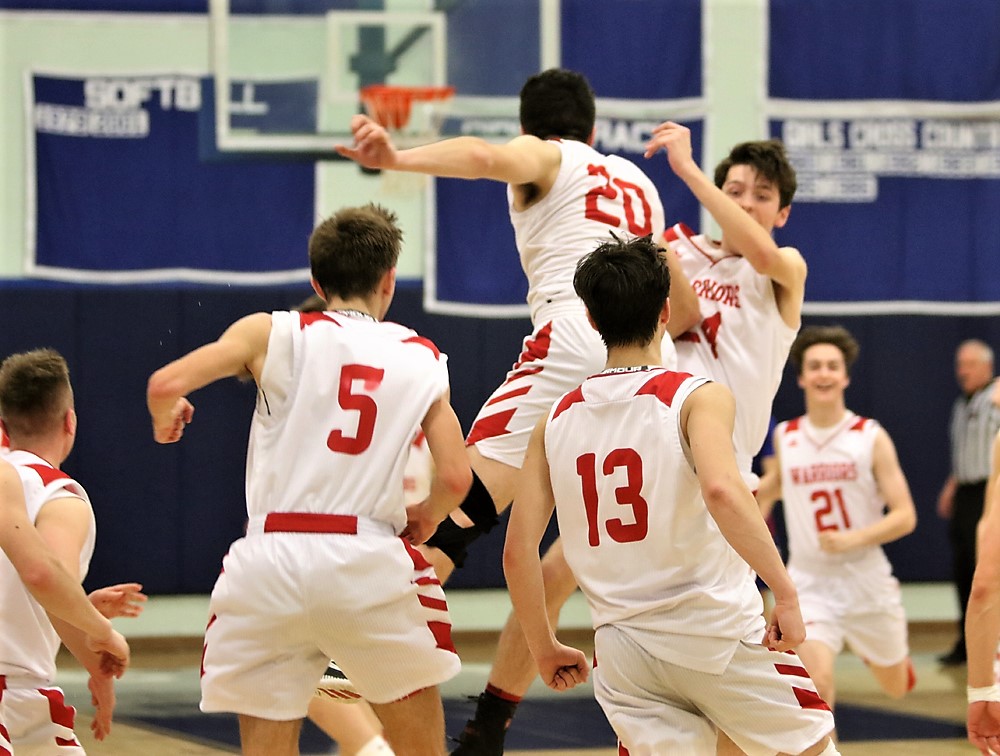 The celebration begins after the final buzzer. 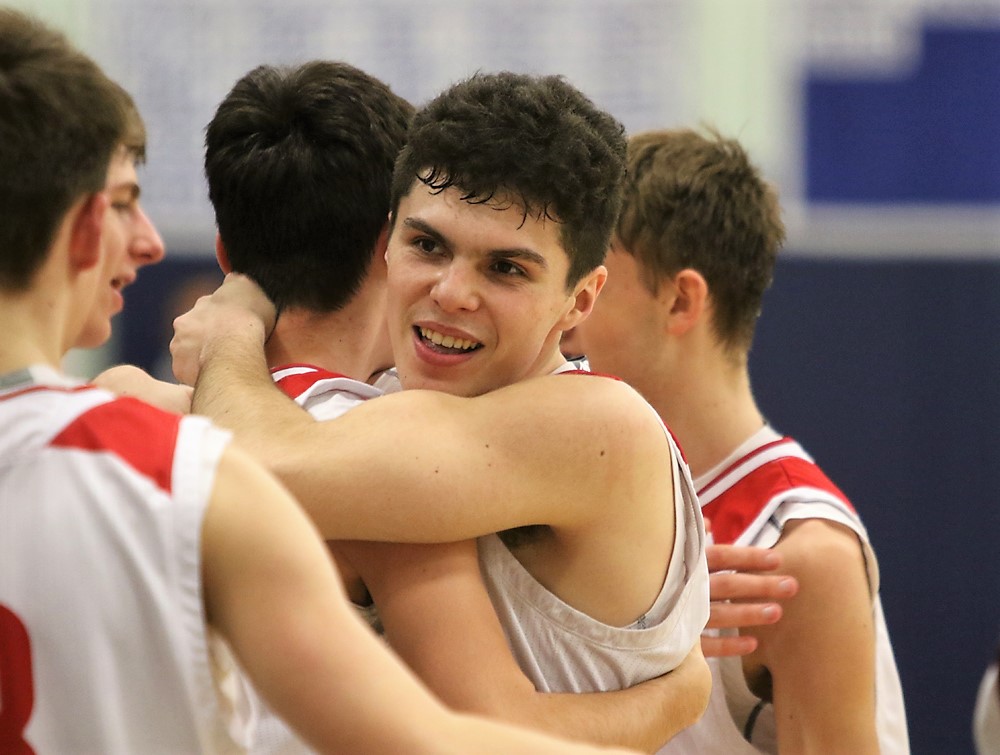 Ethan Collins had the look of a winner as he headed to the bench in the final seconds. 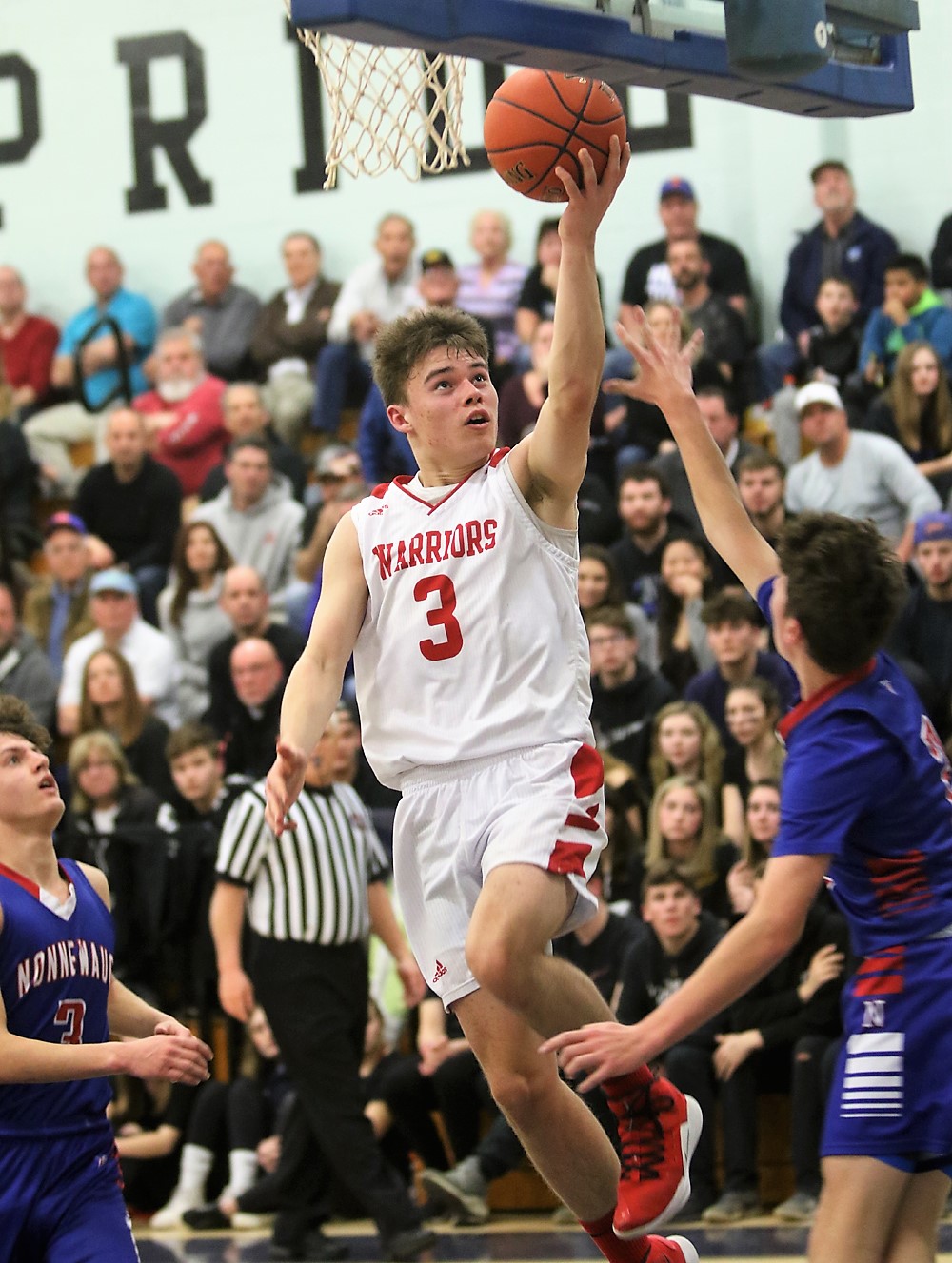 Charlie Coffey breaks through the Nonnewaug defense for two points. 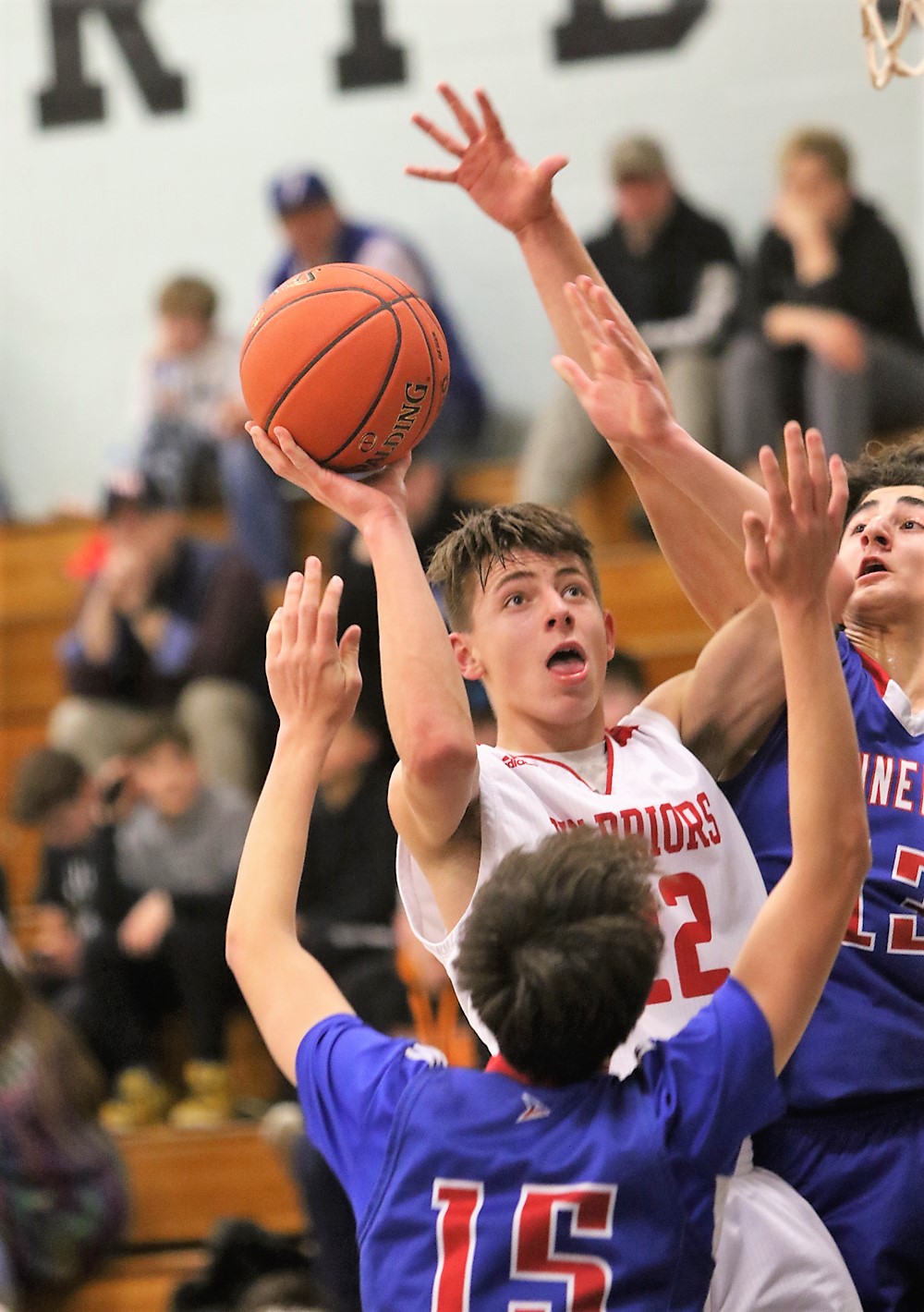 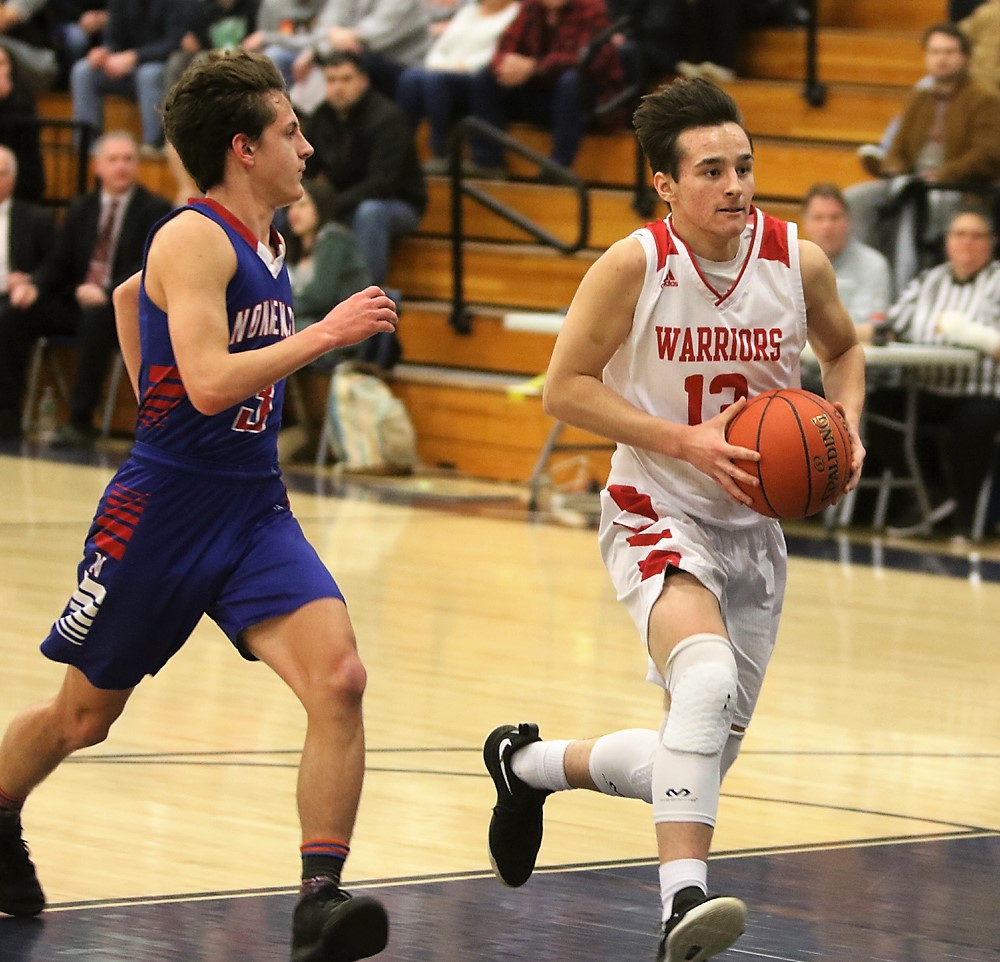 Ben Roy breaks for the basket ahead of Jackson Baker. 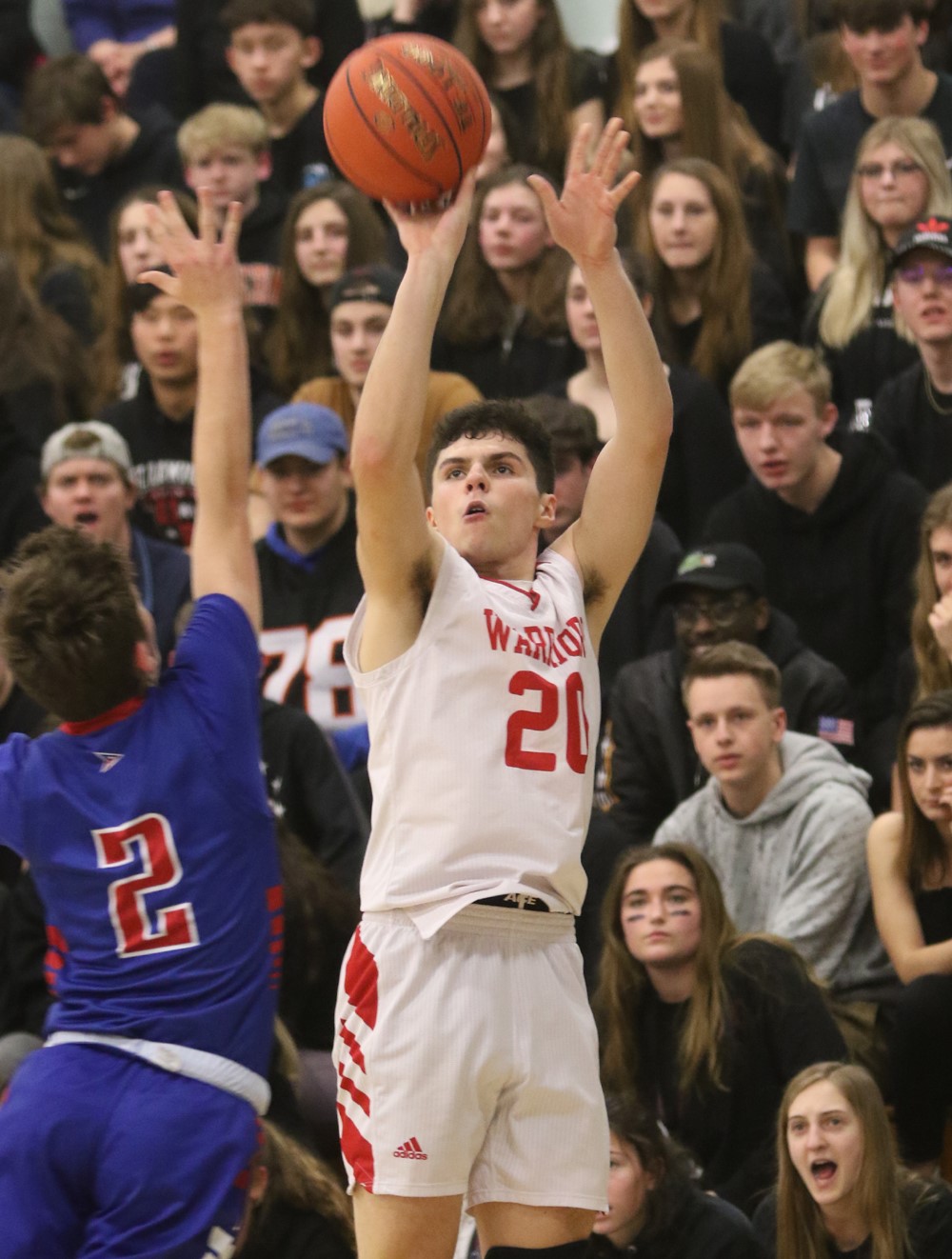 Ethan Collins buried this three-pointer in front of the Nonnewaug cheering section. 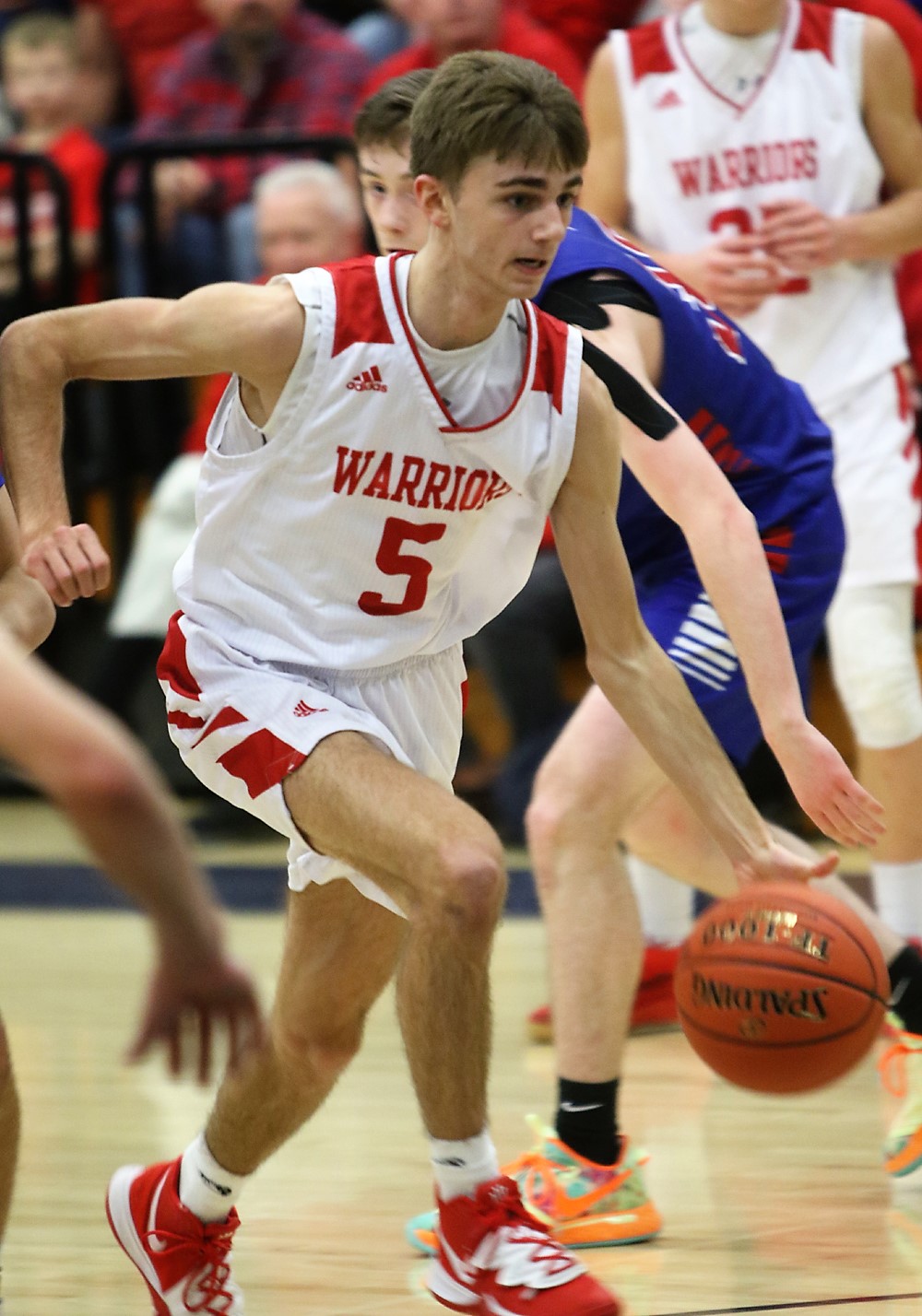 Matt Mazzarelli spent most of the night carving up the Nonnewaug defense. 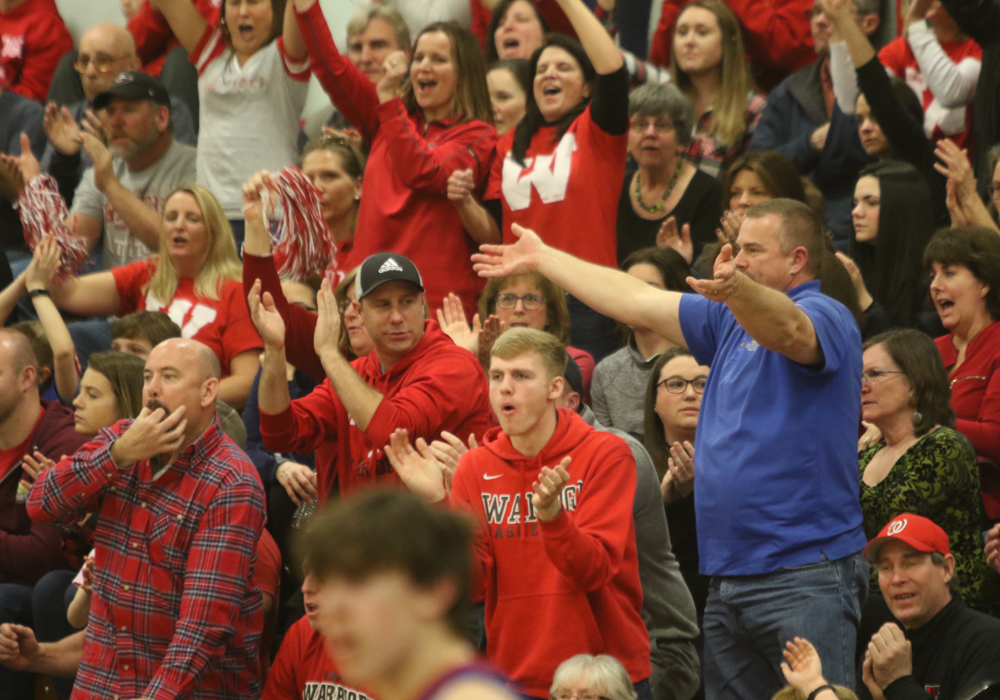 The Wamogo cheering section was behind its team the entire way. 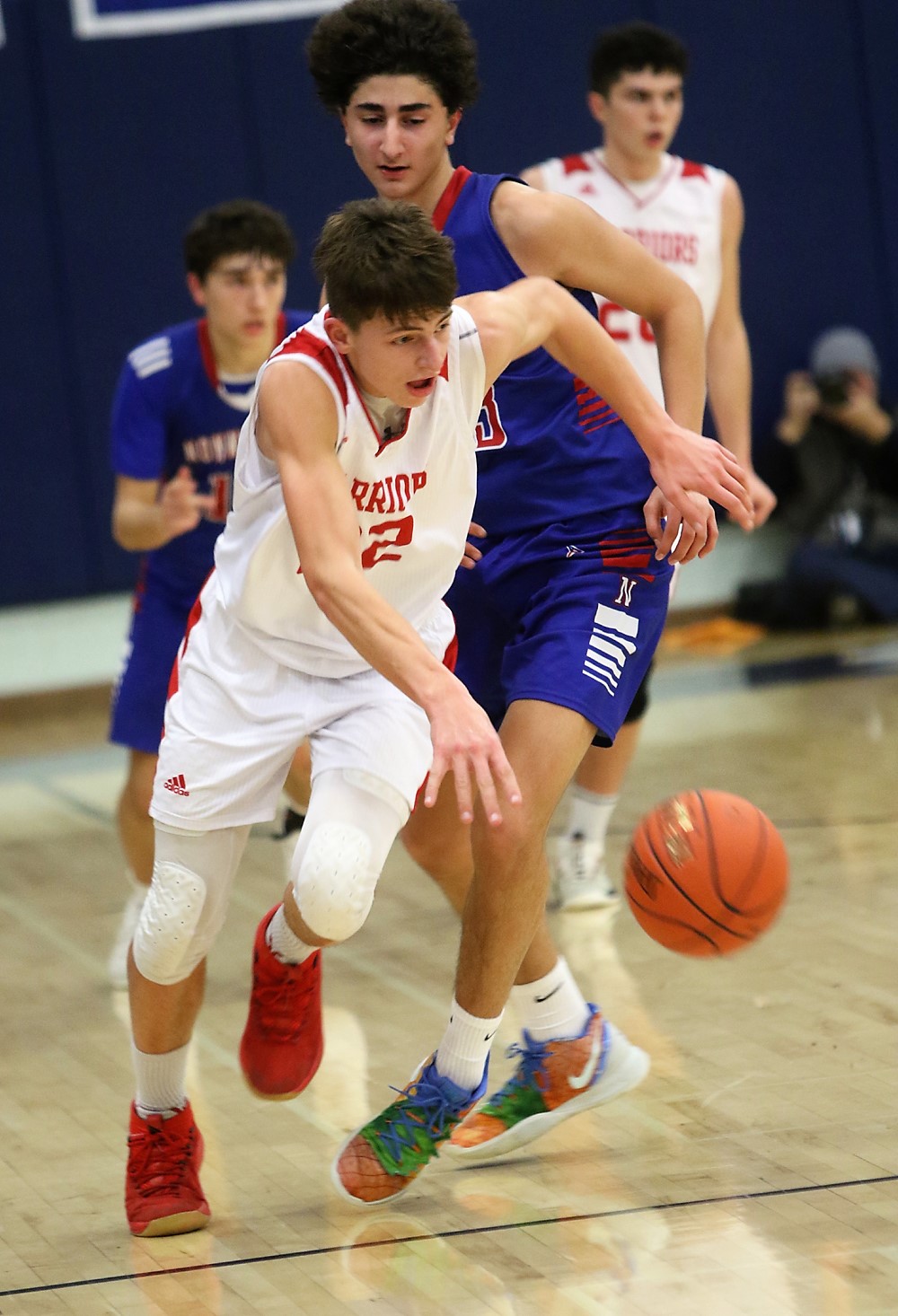 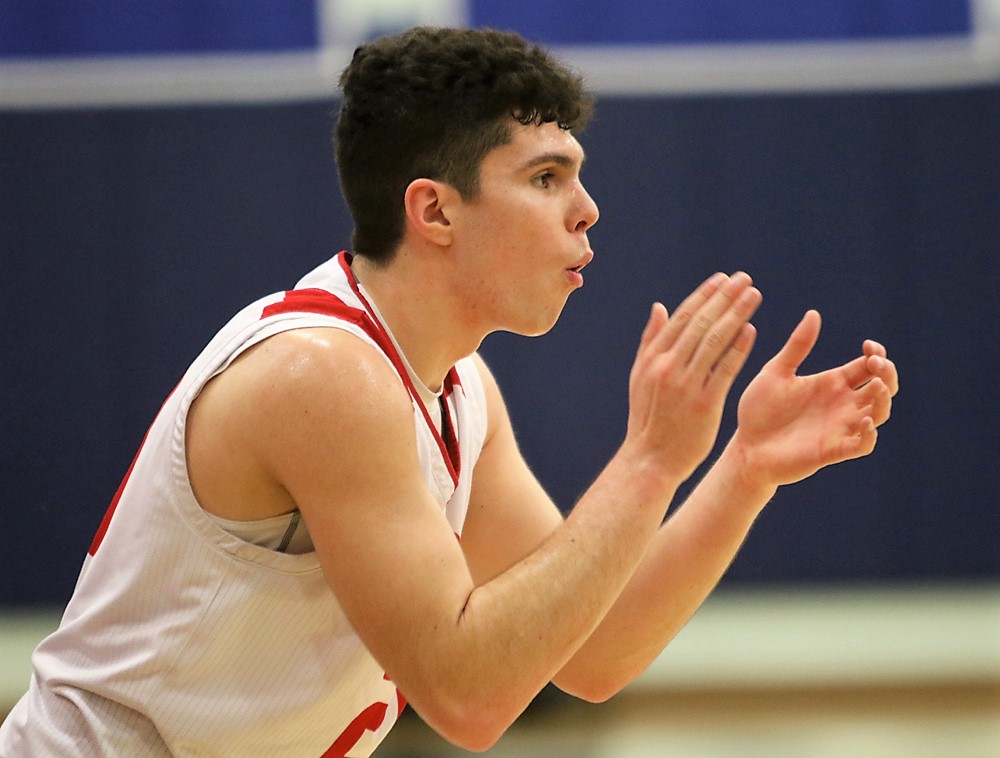 On the bench in foul trouble, Ethan Collins supports his teammates. 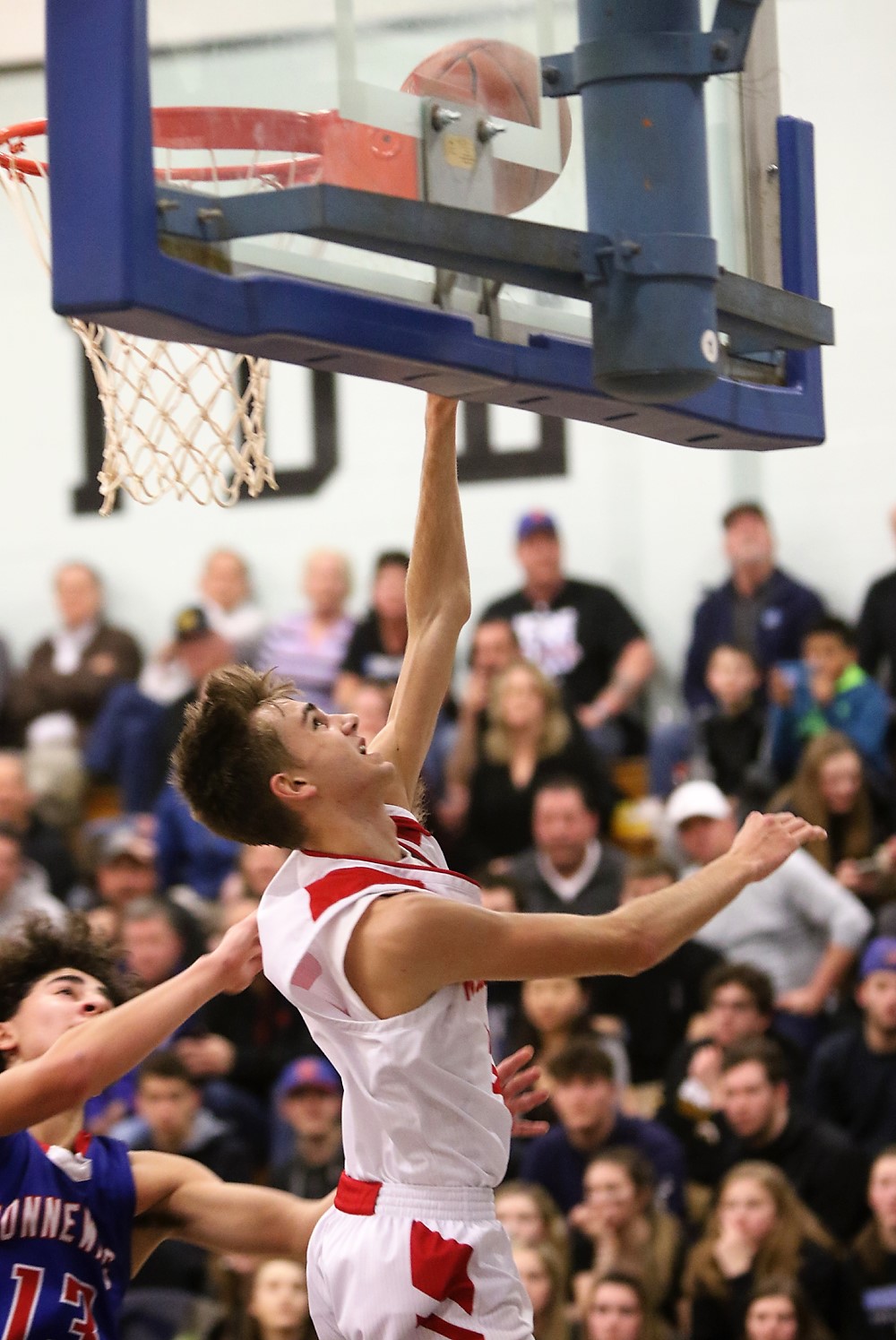 Matt Mazzarelli lays up two points during his second-half surge. 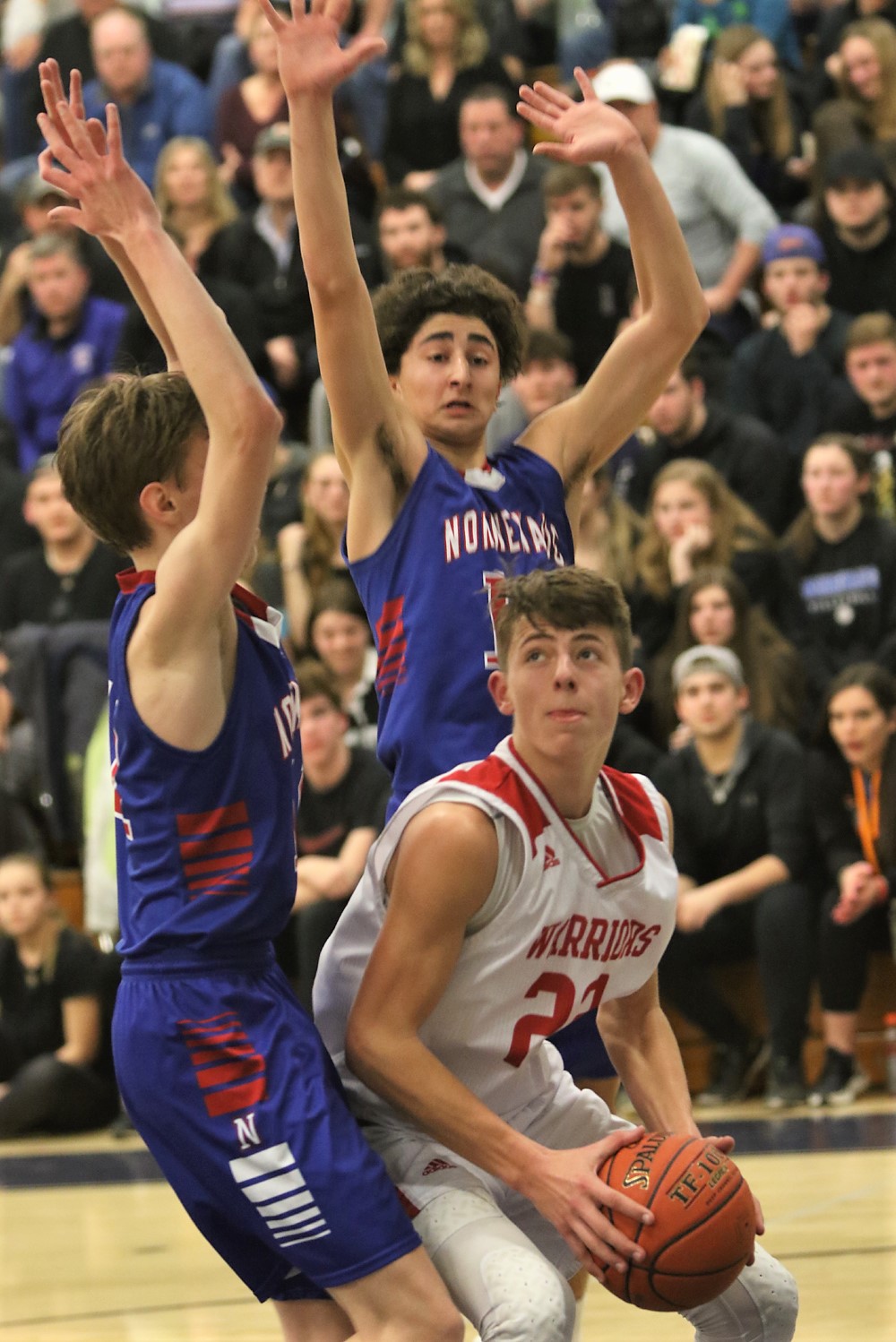 Eric Odenwaelder makes a move along the baseline. 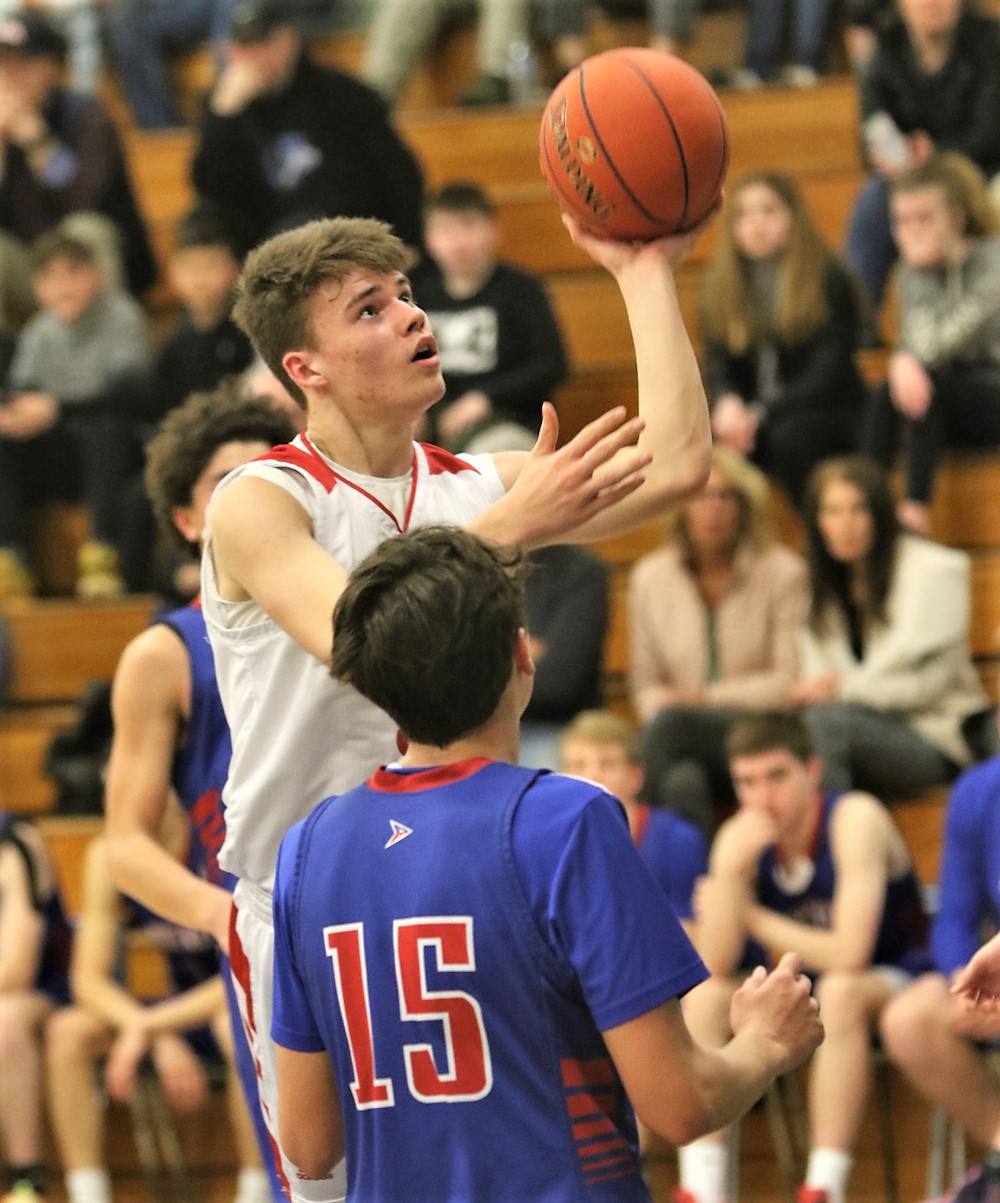 Charlie Coffey eyes the basket on a first-half drive. 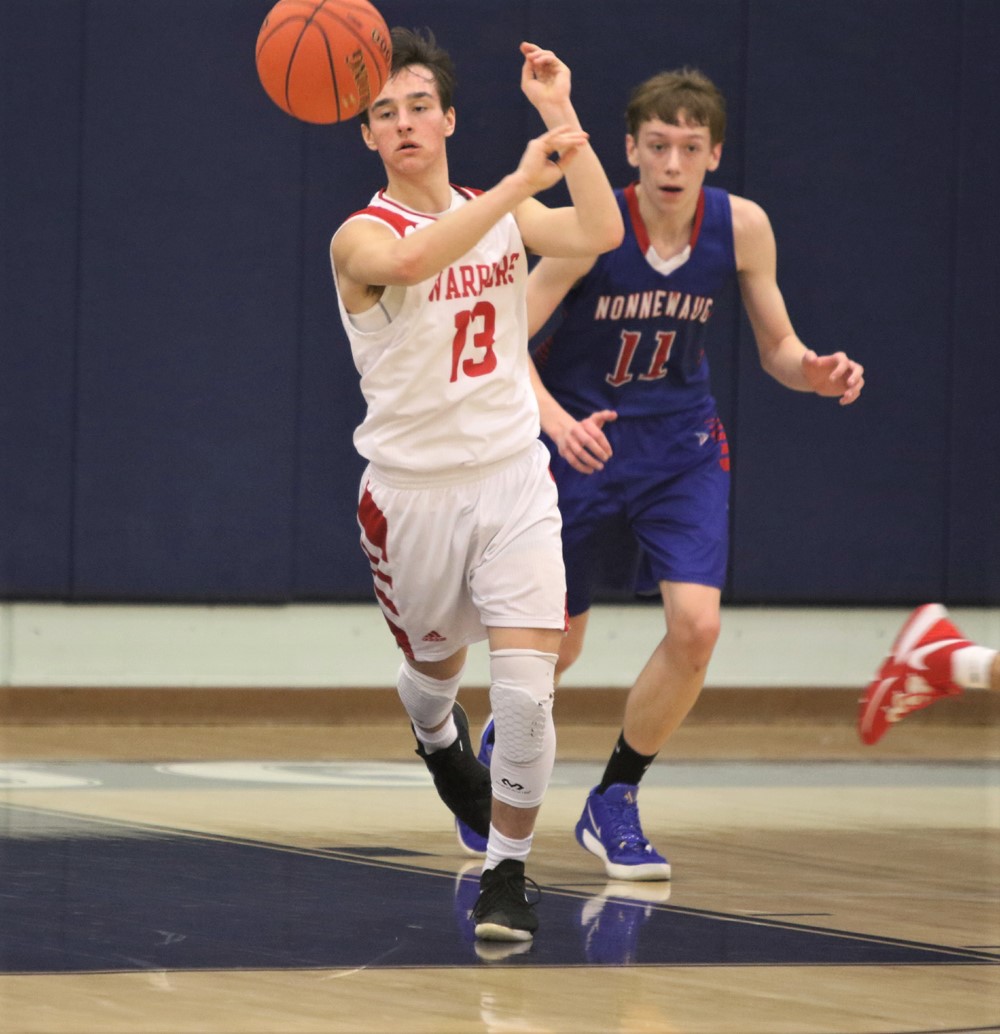 Ben Roy fires a pass to a fast-breaking teammate. 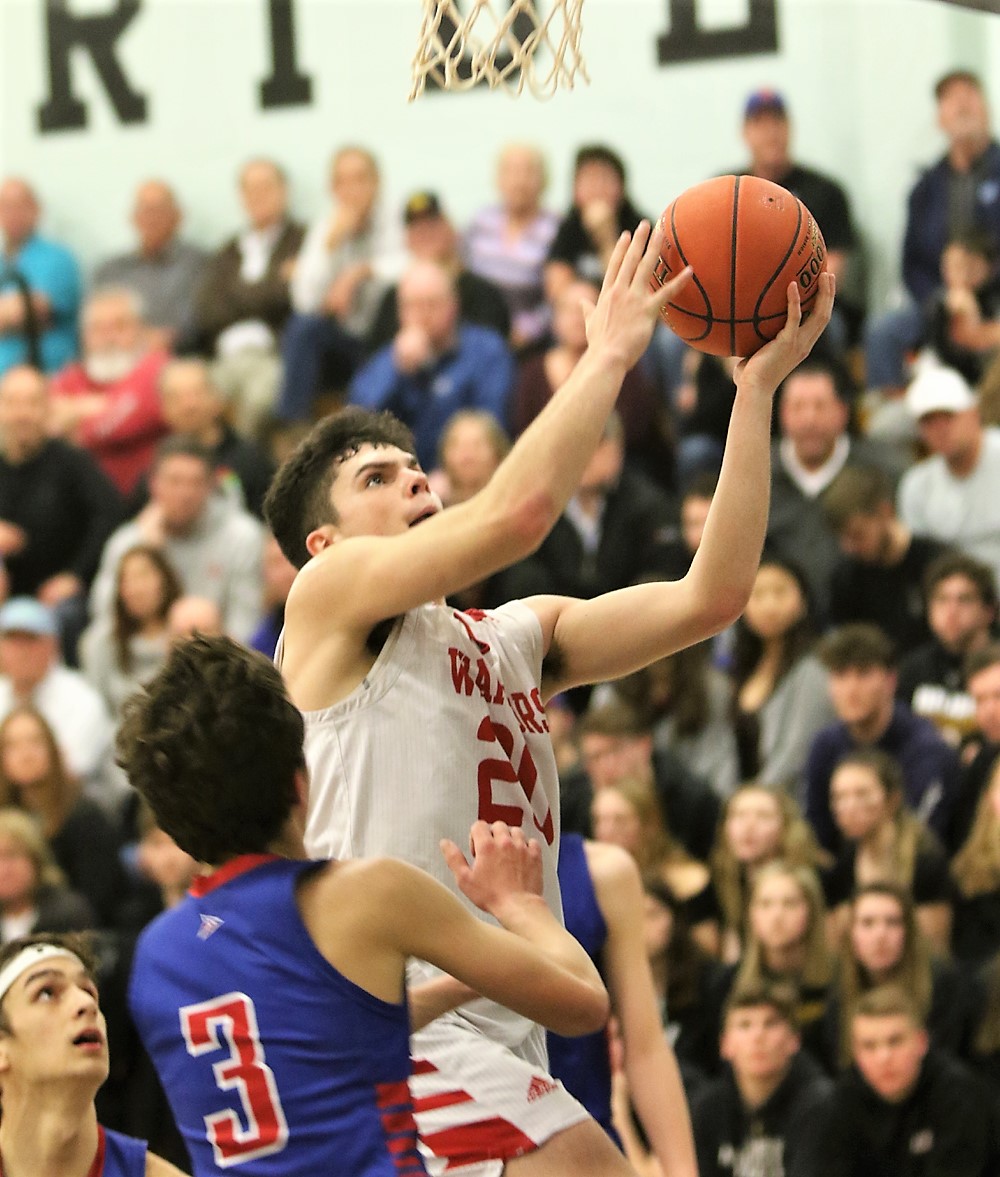 Ethan Collins goes to his left hand for two points. 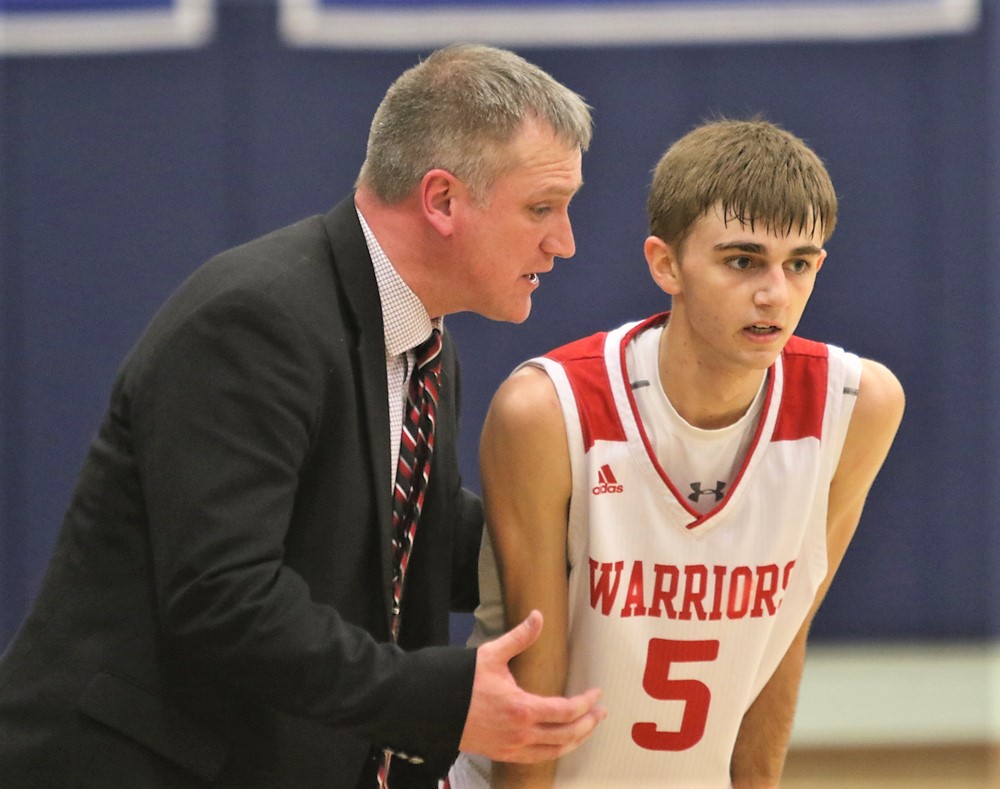 Matt Mazzarelli gets some advice from assistant coach Jeremiah Sattazahn. 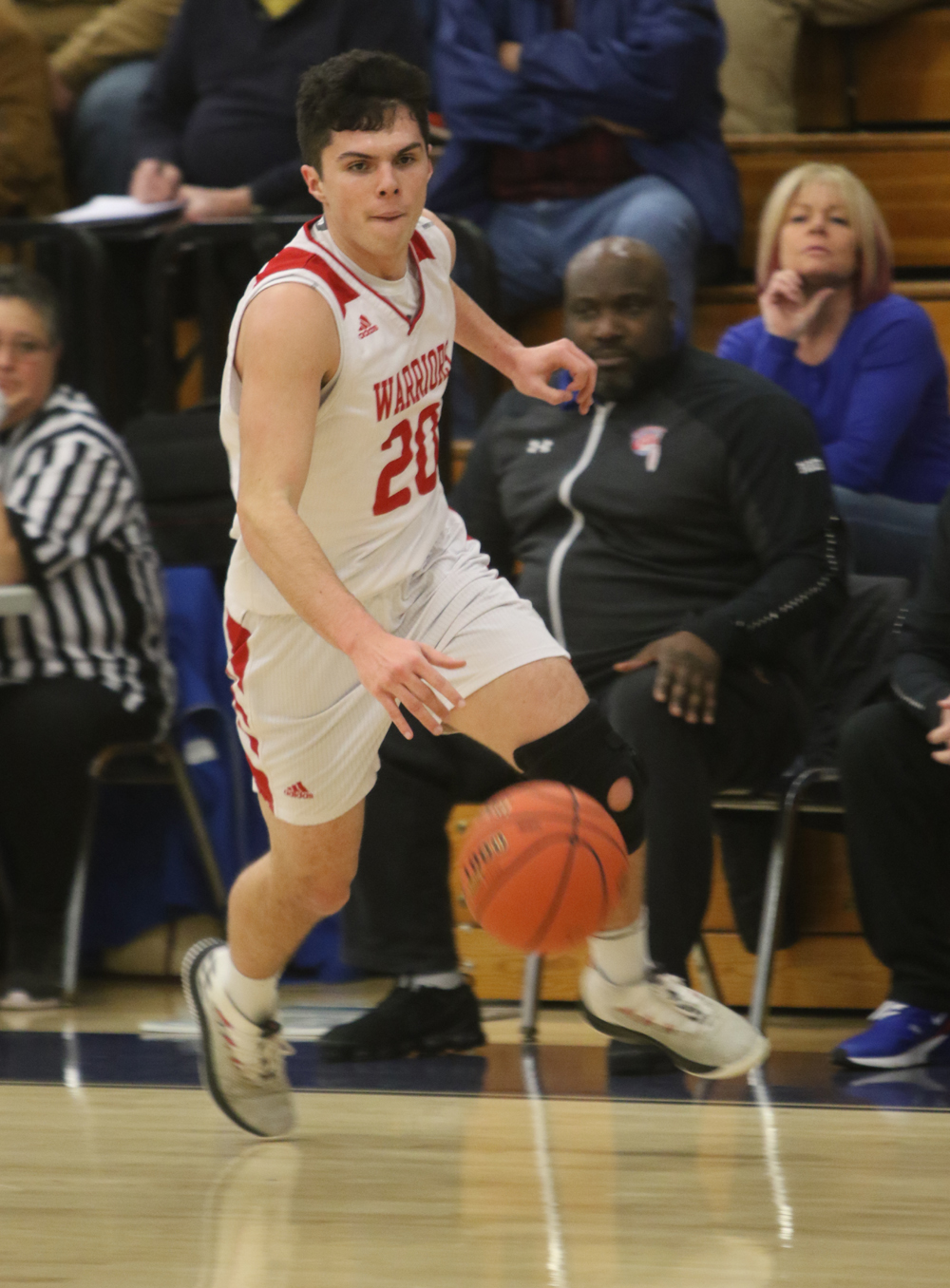 Ethan Collins in the open floor meant trouble for Nonnewaug.