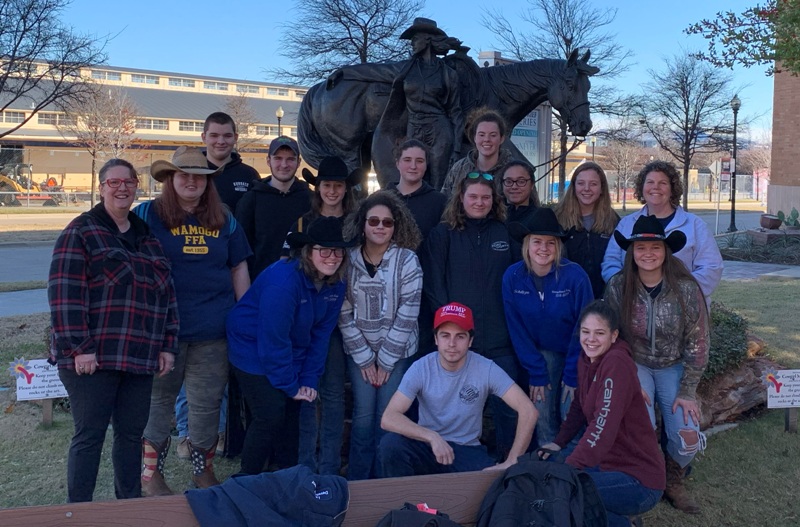 In January, the Wamogo animal science junior and senior classes consisting of 15 students took off on a journey to the Fort Worth, Texas, Stock Show, the largest livestock show in the U.S.

After a long day of traveling, we arrived at the Stock Show. After having time to explore the show and eat dinner, we headed to the Reining and Ranch rodeo where we watched several cattle ranch teams battle in different events such as saddle bronc riding, sorting, calf scramble, team roping, and calf roping. By watching these events we gained insight into what large western and southern ranches have to do in order to take care of their herd.

The following day, our group attended an American Quarter Horse Association Ranch Riding Show. This show demonstrated maneuvers that are performed when working a cattle herd in the field. Later, we attended the National Cowgirl Museum where we learned how women of the western riding world affected today’s modern day cowgirls.

On our third day, we attended the Boer Goat Show. We learned what made the ideal show goat and took note of their body condition and muscle structure. Seeing these blue ribbon animals helped us to gain insight into what we want our Boer goats to look like at Wamogo when we are ready to show them. After the show, we traveled down to the original Fort Worth stockyards where we took a trail ride along the historic Old Chisholm Trail. After our trail ride, we enjoyed the beauty and history of the stockyards.  Later, we watched the longhorn cattle drive that takes place along the main road.

On our final day, the group went to the Fort Worth Zoo. The opportunity to see a different type of agriculture and several different animals from all over the world was an exciting experience. The animals in captivity looked so well cared for and happy, which changed our perspective on animals in captivity. Several of us were able to get up close, feeding full grown giraffes out of our hands.

Later that day, we attended the Cowboys of Color Rodeo which honors Martin Luther King Jr. Day. Highlighting the positive contributions that cowboys of other races provide to the rodeo world was really interesting to see.

The trip provided many insights, different perspectives and plenty of memories. 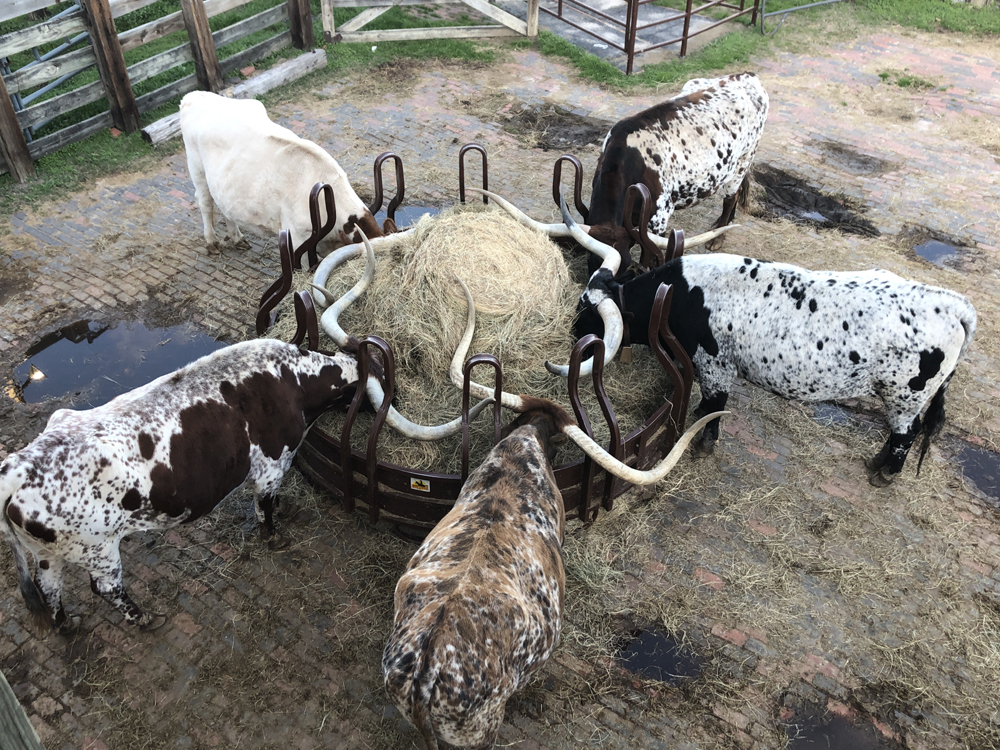 Texas Longhorns at the Fort Worth Stock Show.