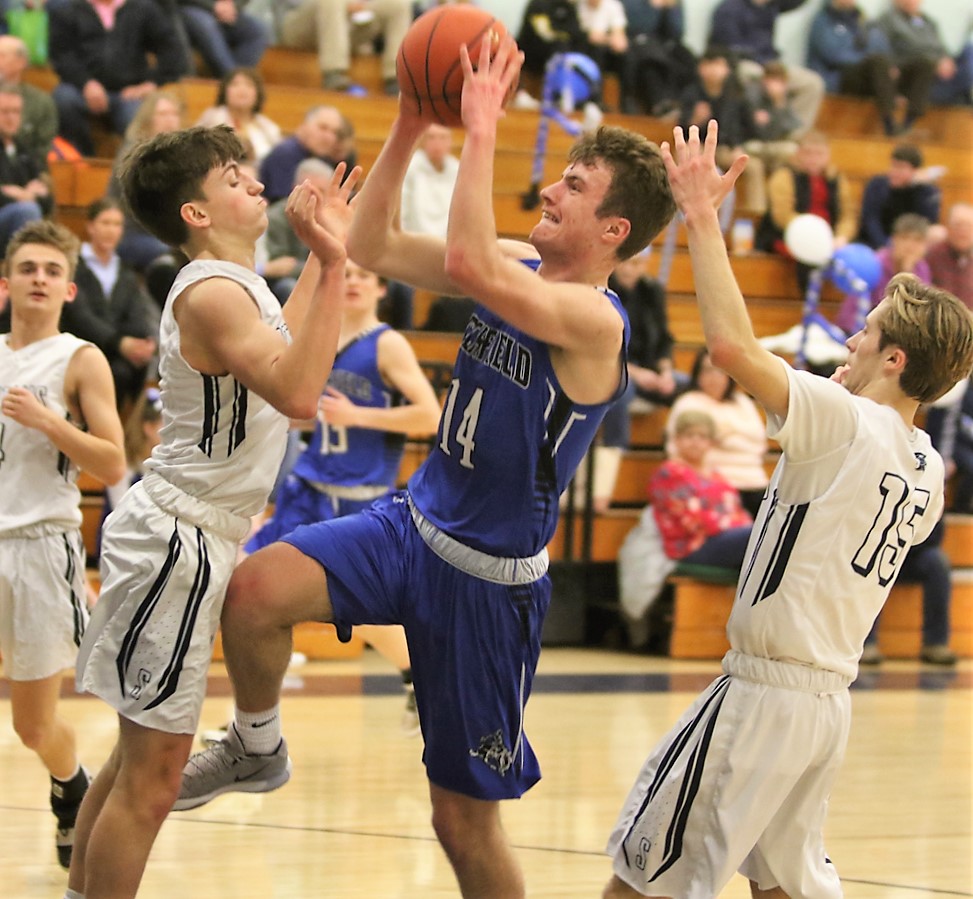 Playing without its leading scorer and a key reserve, Litchfield hung with Shepaug for most of the first half on Monday but eventually wore down and lost 77-55 in the final game of the regular season.

Top scorer Evan Fischthal was out sick and reserve Ajani Campbell was unavailable, leaving coach Dan Goscinski with a depleted lineup that nevertheless fought hard against a Shepaug team that had too many answers offensively.

“We played hard, but you saw our inexperience against a team that now has 14 wins,” Goscinski said. “It was tough to play without two rotation guys who are seniors.”

Zajans Crapo, in his most assertive offensive performance of the season, paced the Cowboys with 17 points. Daniel Dieck added 14 and Harrison Barnes 11. Litchfield is 6-14 and will play Wamogo in the quarterfinal round of the Berkshire League tournament Saturday at Shepaug.

Led by Crapo and Dieck, the Cowboys kept pace with Sheapug early and forged a 17-17 tie after one quarter. It wasn’t until midway through the second quarter that the Spartans were able to open some daylight in building a 36-28 halftime lead. Led by the potent scoring punch of Owen Hibbard and Michael Perachi, Shepaug gradually pulled away in the second half.

Crapo was impressive throughout with offensive moves rarely seen during the season. With Fischthal out, Crapo took advantage of his opportunity.

“I told the guys they had to be more aggressive and attack, and I thought Zajans did the best job of that,” Goscinski said. 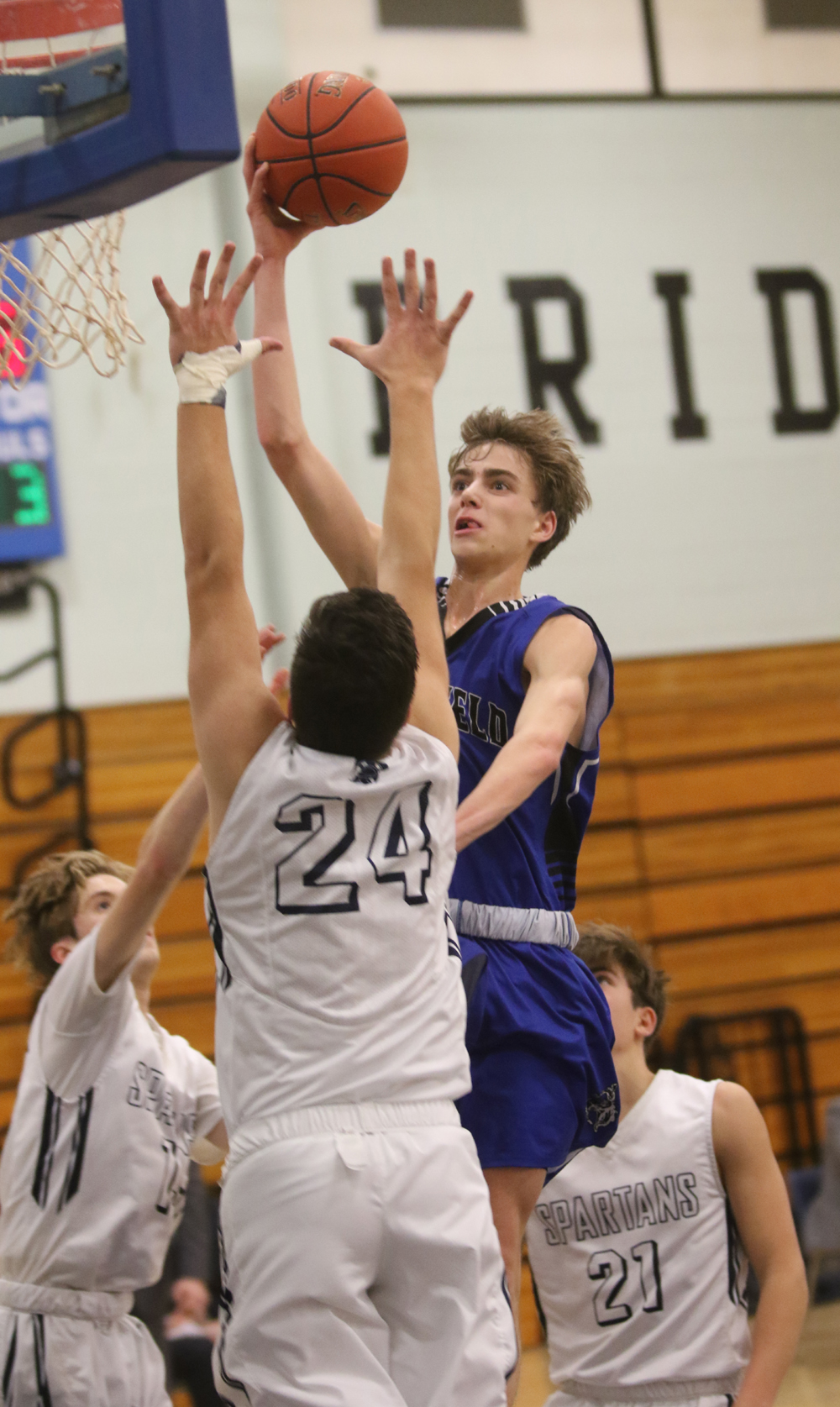 Daniel Dieck soars to the basket for two of his 14 points. 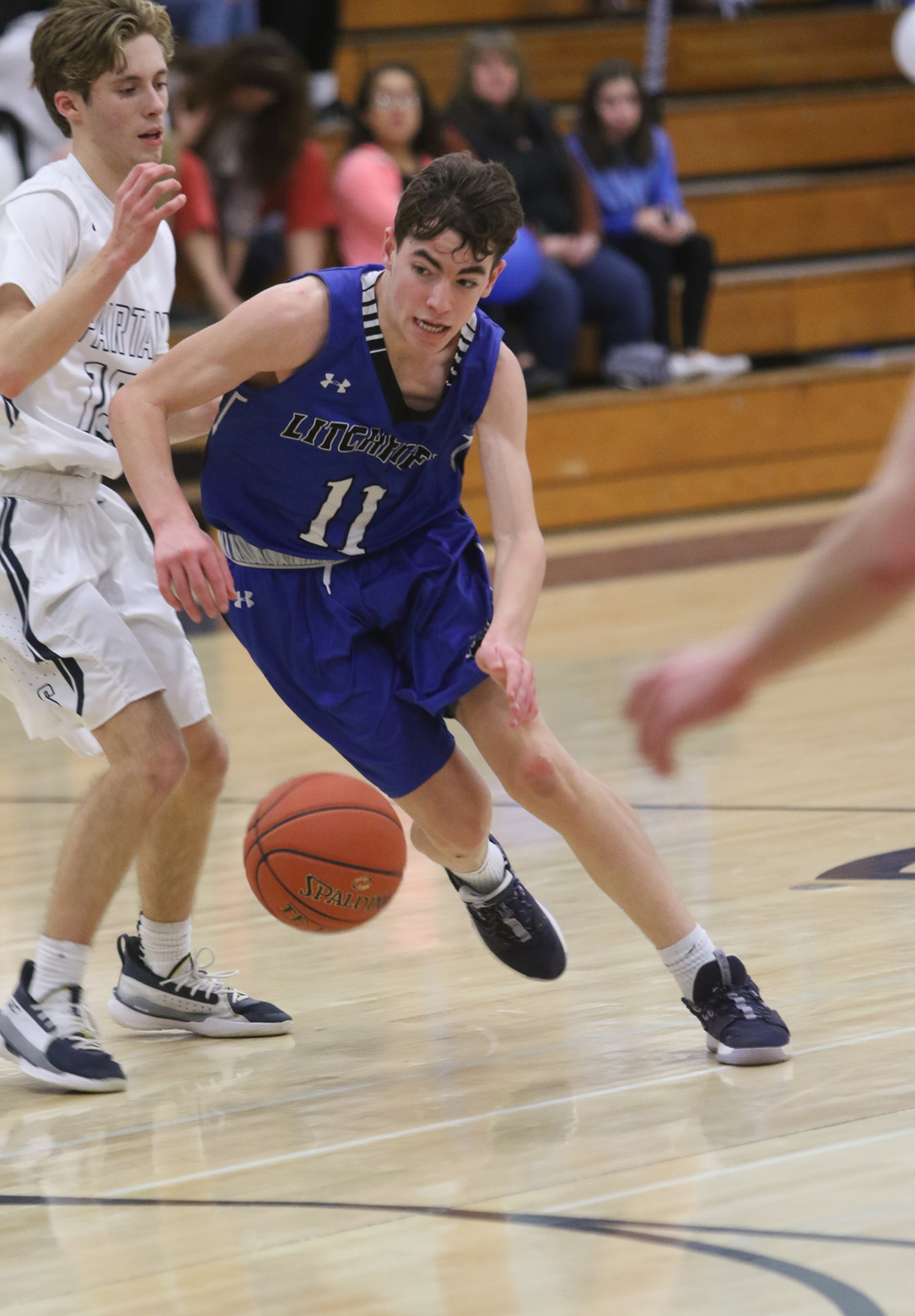 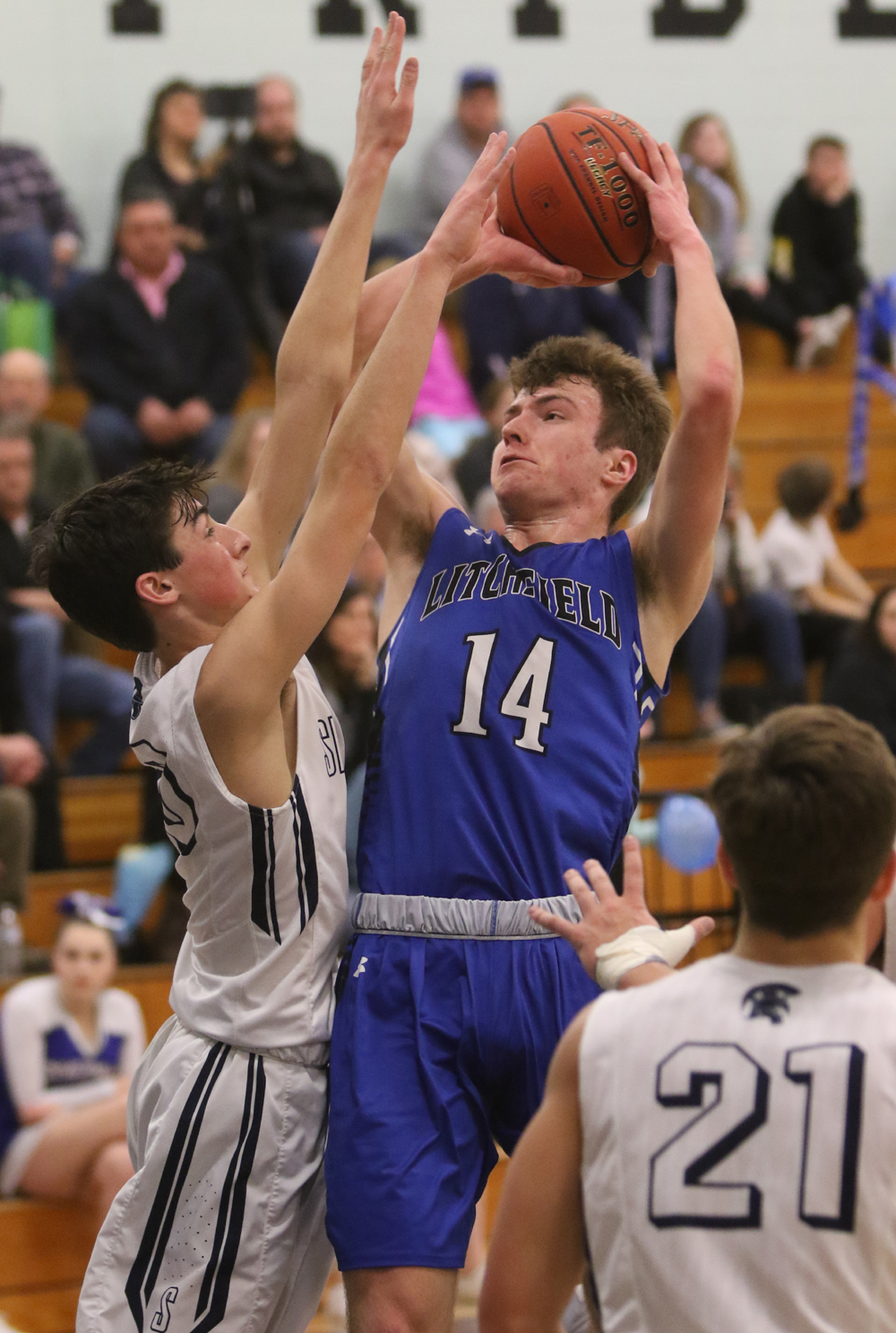 Zajans Crapo makes another aggressive move into the Shepaug defense. 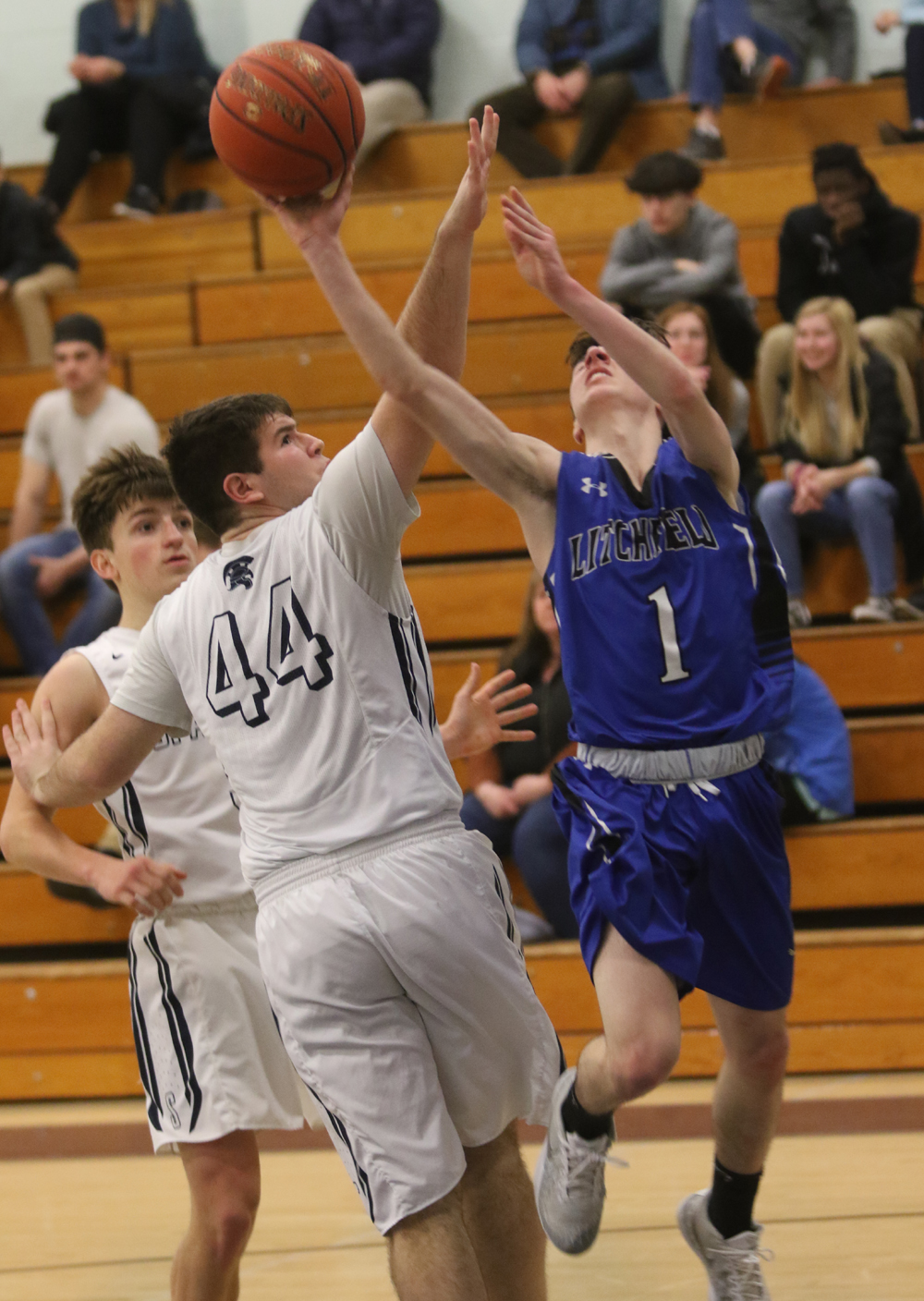 Jason Thompson gets a layup off along the baseline. 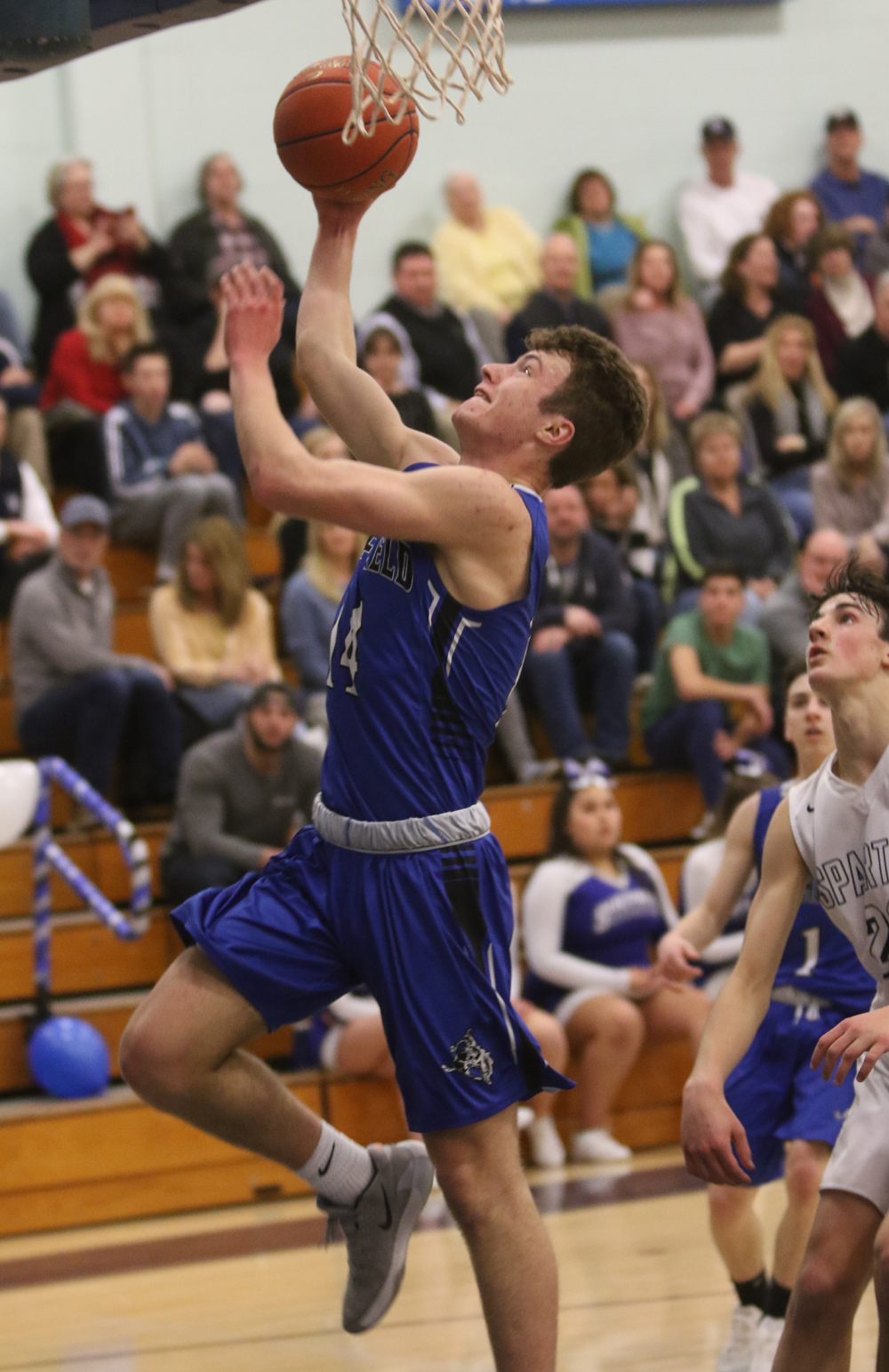 Zajans Crapo taking it strong to the basket. 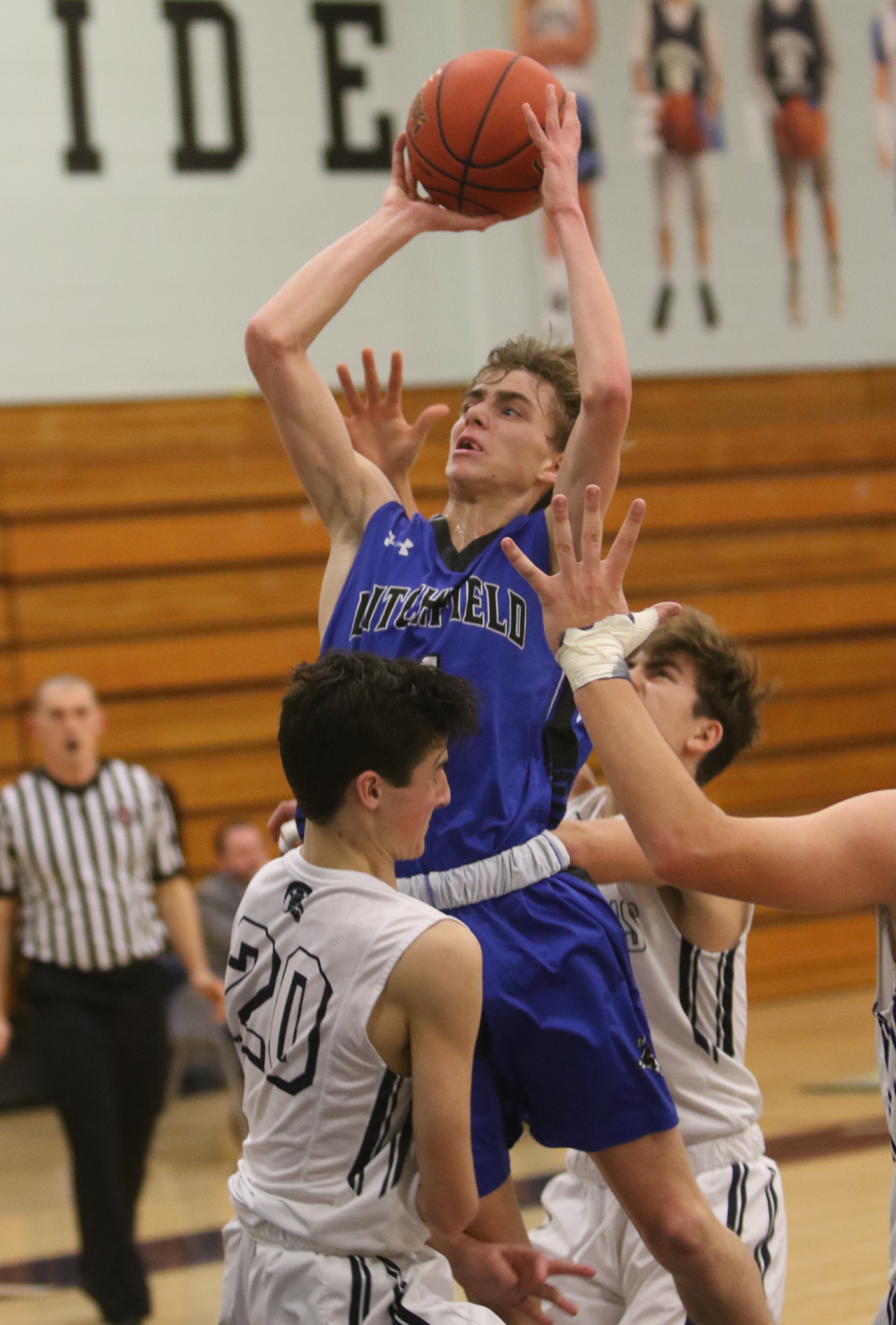 Daniel Dieck slashes his way to the basket.