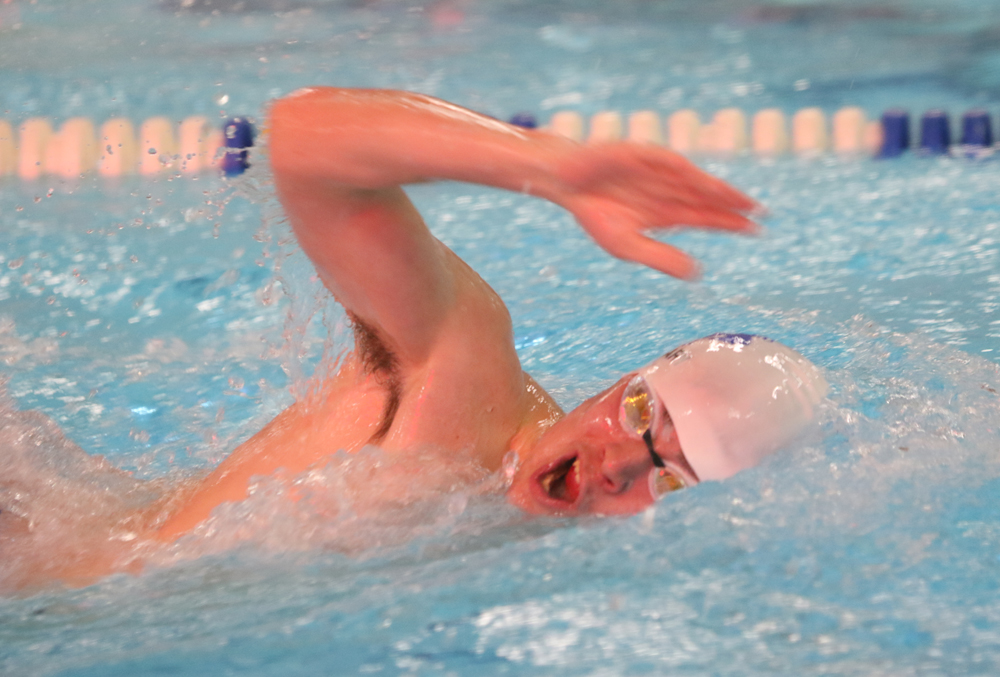 Dan O’Leary swims in the 400 freestyle relay for Litchfield in its win over Shepaug on Tuesday. John McKenna photos

Litchfield’s swim team knocked off another Berkshire League opponent on Monday when it cruised past Shepaug 102-75 to improve to 12-3 heading into Wednesday’s Senior Night meet against Wamogo.

Litchfield and Wamogo will honor their seniors during the meet at Shepaug at 7:30 p.m. Next for the teams will be the Berkshire League championships March 7 at Watertown.

Coach Todd Dyer’s team can clinch second place in the BL with a win over Wamogo.

“Wamogo is swimming well and it will be a difficult meet for us, but after tonight we’re well-prepared,” Dyer said after Monday’s win. 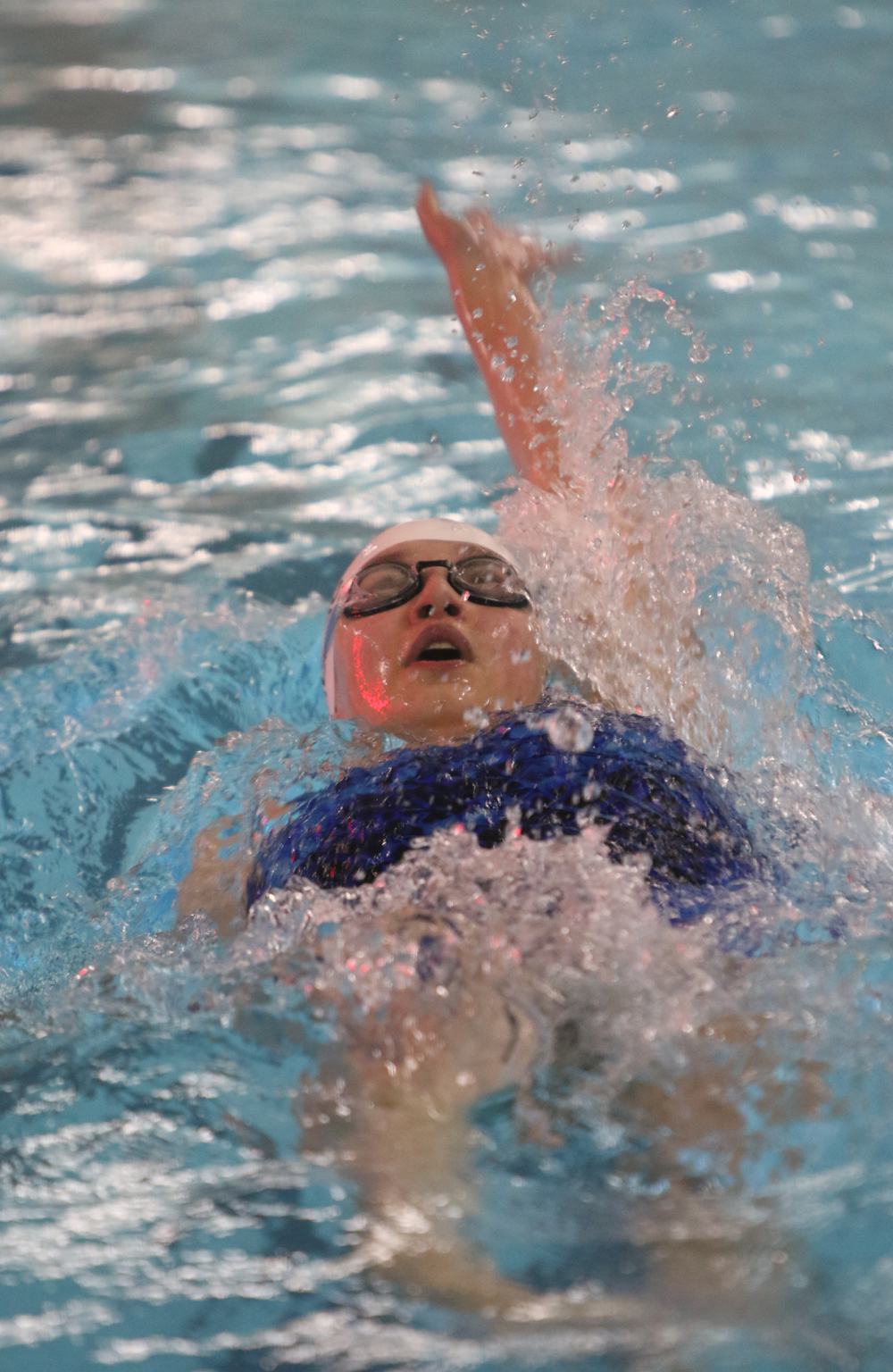 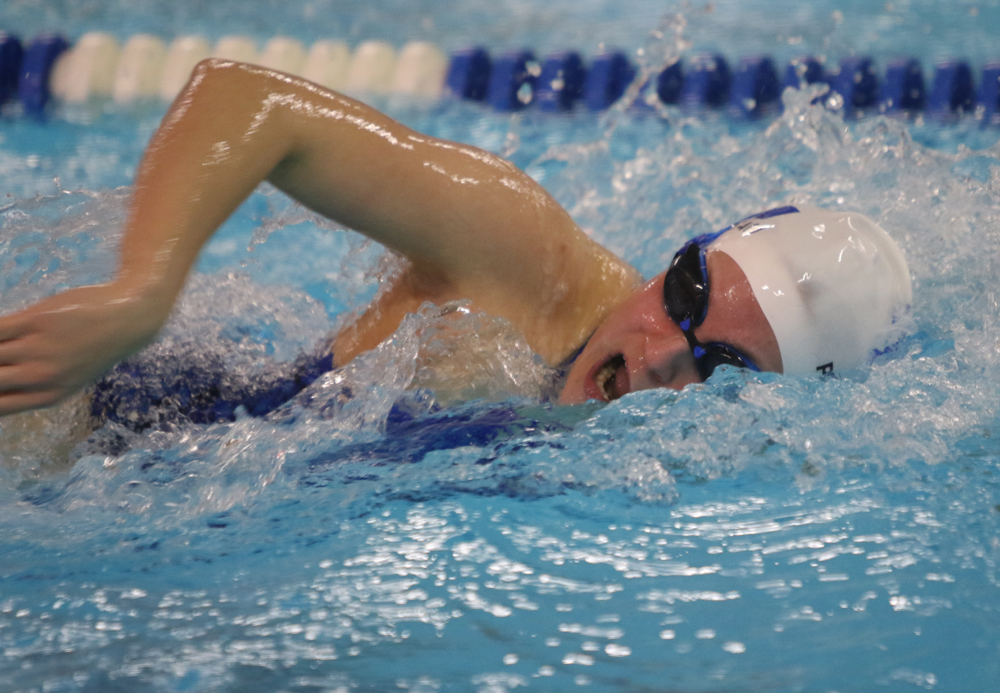 Kenyon Prenoveau on her way to a third-place finish in the 100 freestyle. 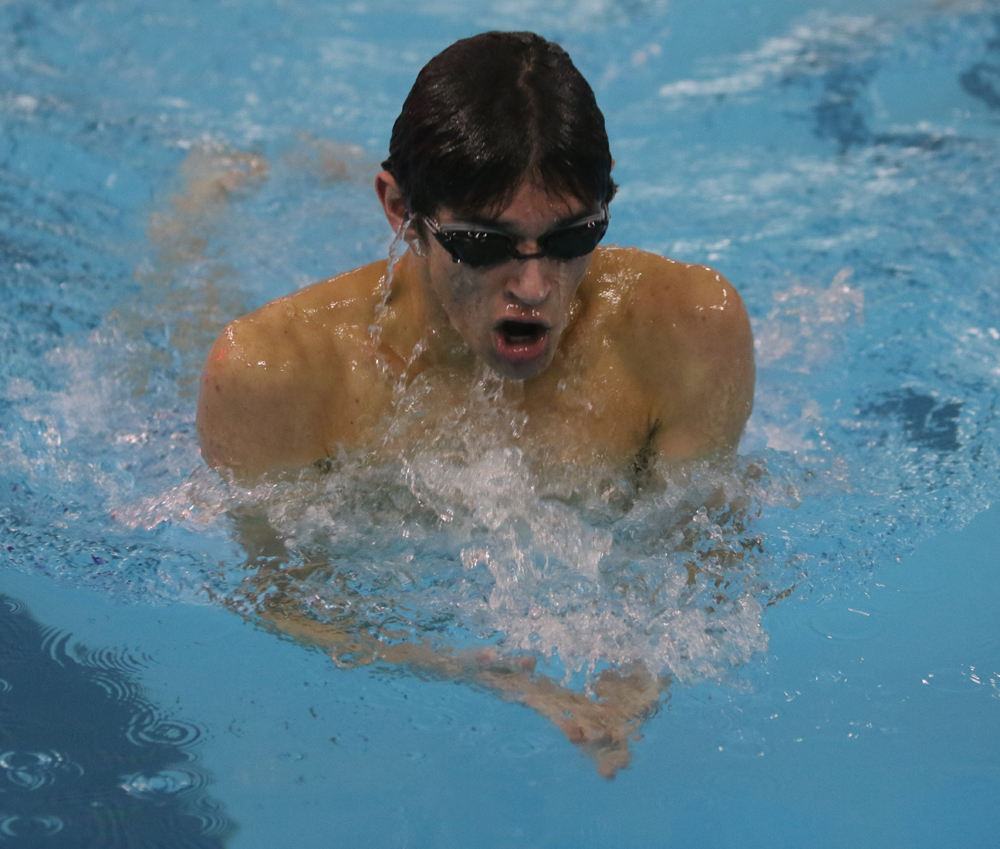 Will Rodriguez comes up for a breath in the 100 breaststroke. 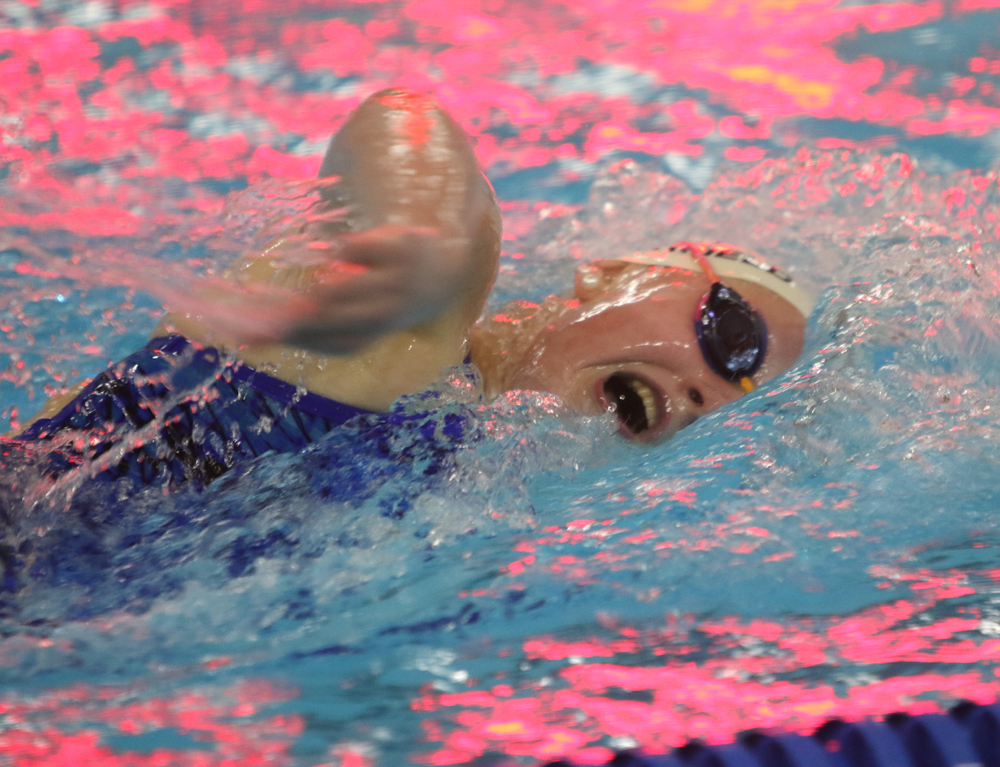 Hailey White churns through the water in the 500 freestyle. 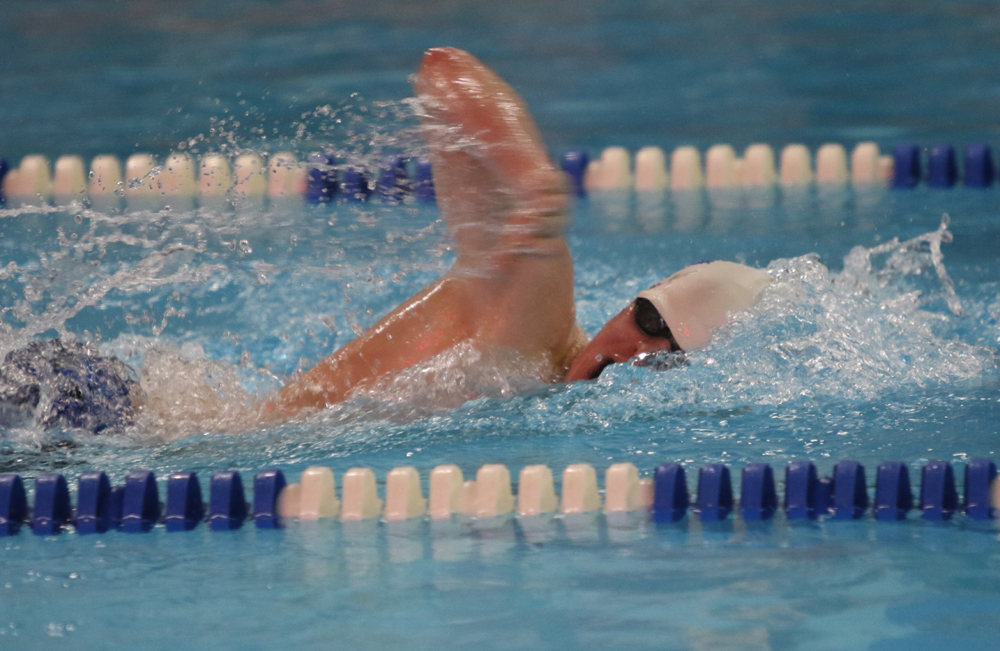 Ethan Dyer shows the form that led him to a second-place finish in the 100 freestyle.