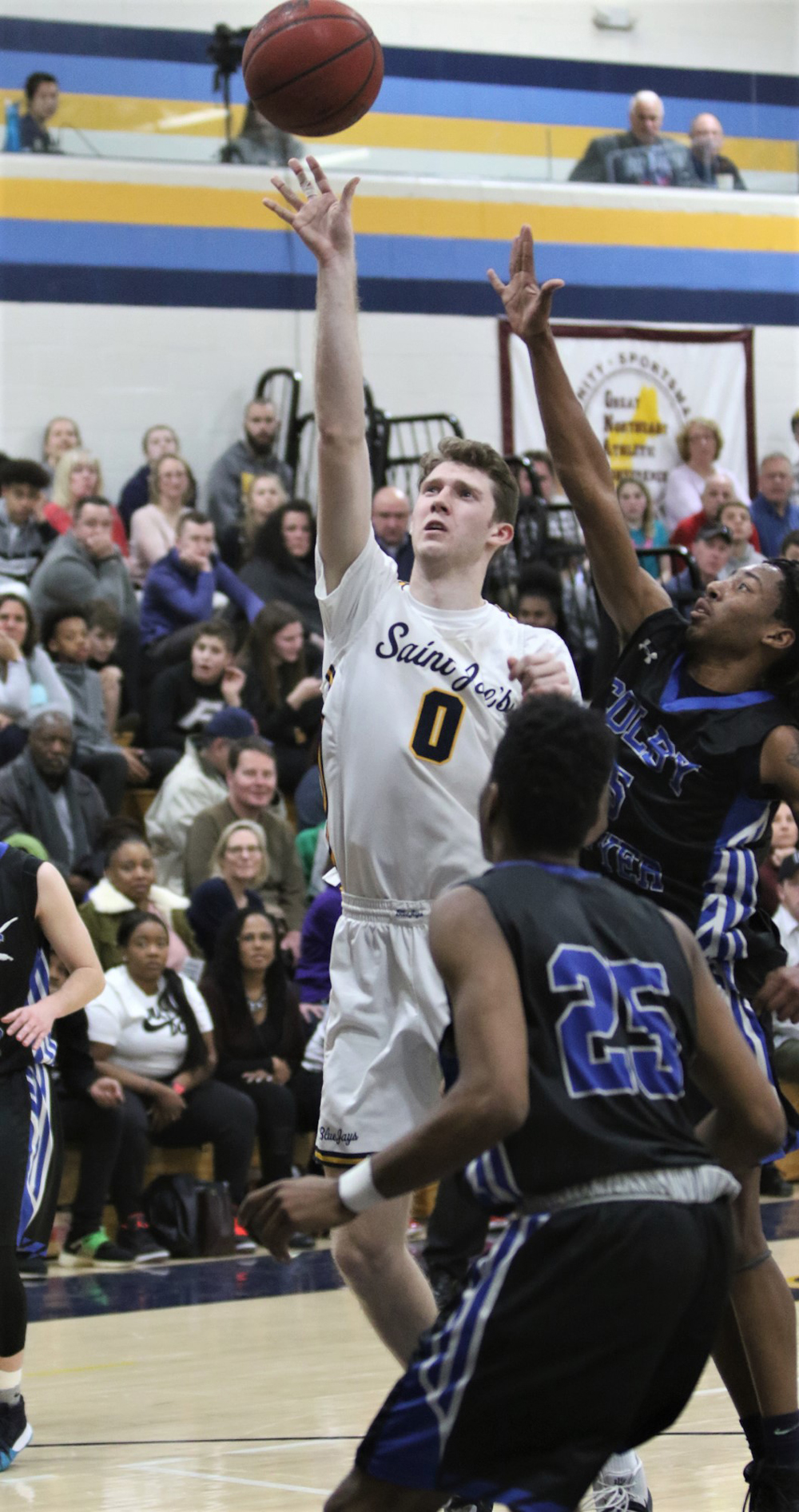 Ryan O’Neill of Litchfield takes a shot for the University of Saint Joseph’s during its win over Colby-Sawyer in West Hartford on Saturday. John McKenna photos

Litchfield’s Ryan O’Neill is enjoying a solid season with a University of Saint Joseph’s men’s basketball team that has won 22 consecutive games, has cracked the Division III top 20 national rankings in just its second season, and is primed for the postseason.

Saturday’s regular-season finale, a 93-76 win over Colby-Sawyer, saw O’Neill have an off-game with just four points in 20 minutes. He picked up two quick fouls and spent much of the first half on the bench, but hit a two mid-range jumpers during a second-half surge that allowed the Blue Jays to pull away. O’Neill did grab six rebounds in his limited time on the court and was his usual steady self handling the ball.

“It’s exciting to be part of a team like this,” O’Neill said after the game. “Not many people can say they’ve played on a team that has won 23 in a row. When we play well, we’re capable of beating anyone.”

A sports management major with a perfect 4.0 grade-point average, O’Neill is bigger and stronger after a freshman year that saw him earn significant playing time. His improved physicality complements a solid fundamental approach to the game, which has been pleasing for Calhoun.

“Ryan is a terrific kid who does what we ask of him and is a delight to coach,” Calhoun said. “He’s gotten stronger and more confident and is a big part of our success.”

St. Joe’s associate coach Glenn Miller, who served as an assistant under Calhoun at UConn, said one of O’Neill’s best assets is a versatility that allows him to play shooting guard and both forward positions.

“He has a terrific mid-range game and a passion for the game, a kid who wants to play year-round and improve,” Miller said. “He has the ability to put 20 points a game on the board.”

Miller, citing O’Neill’s performance in the classroom, noted that he is a solid citizen off the court. 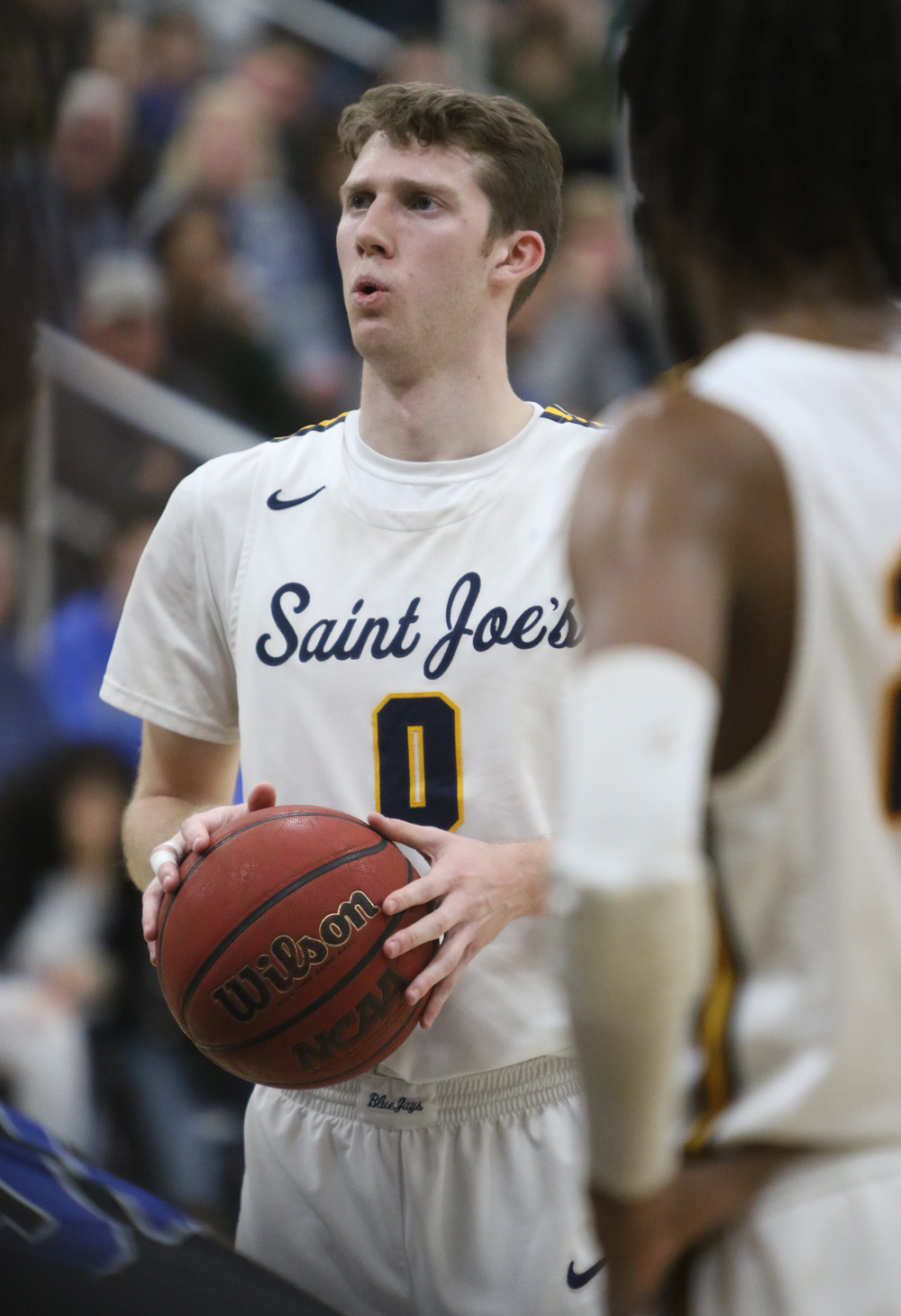 O’Neill is locked in at the free-throw line. 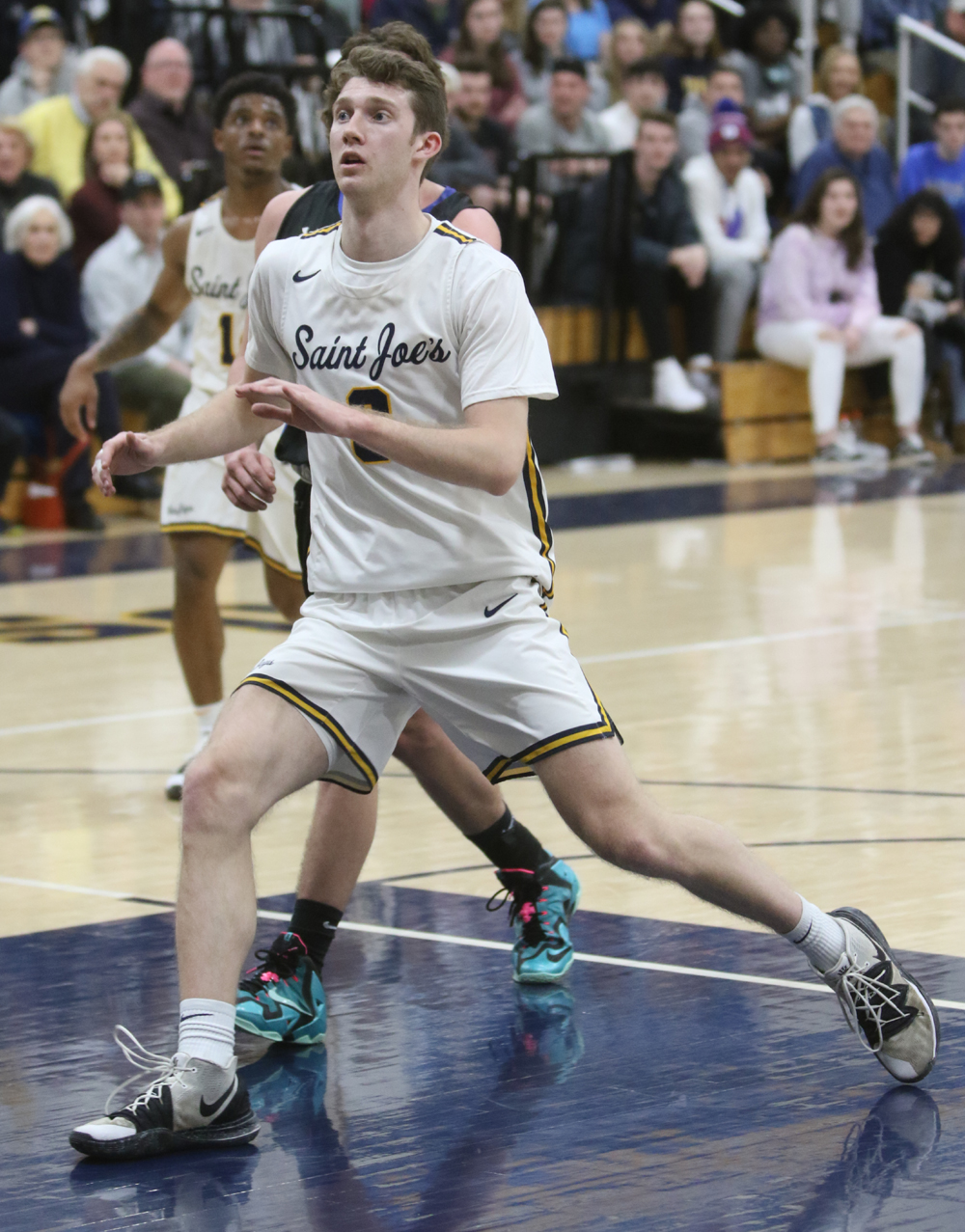 Getting into rebounding position at the offensive end of the floor. 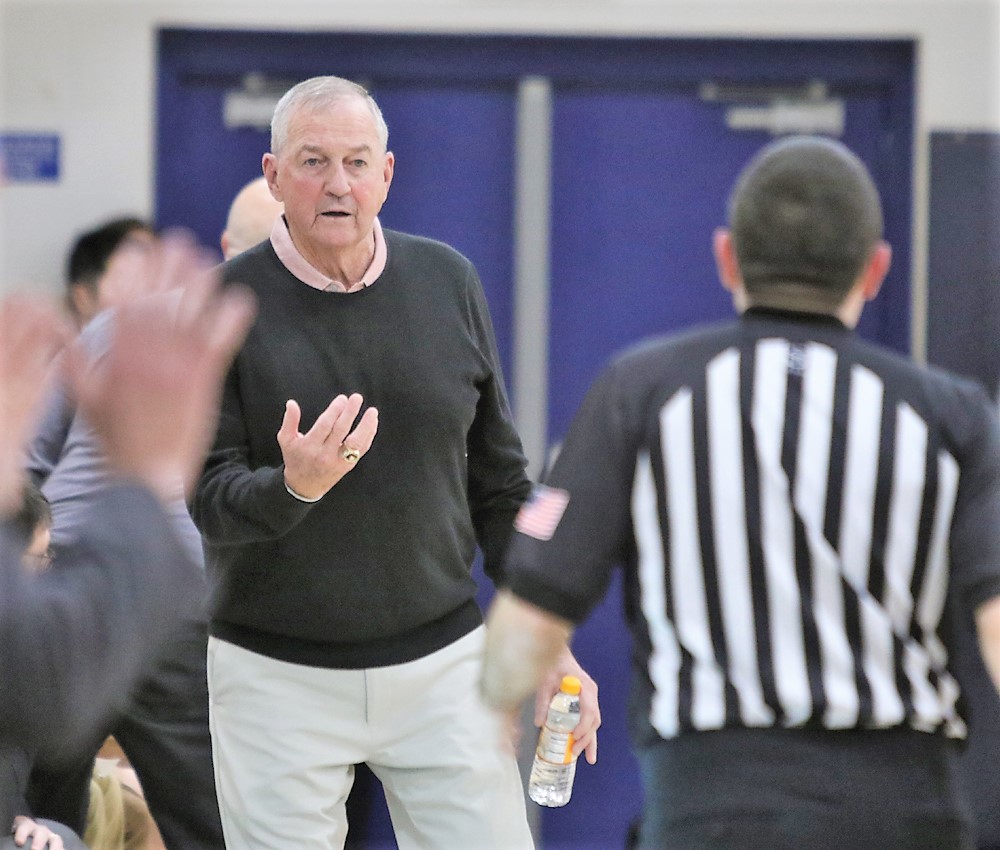 Jim Calhoun, the Hall of Fame coach at St. Joe’s, is is pleased with the progress Ryan O’Neill has made as a sophomore.