Cowboys put up a fight in loss 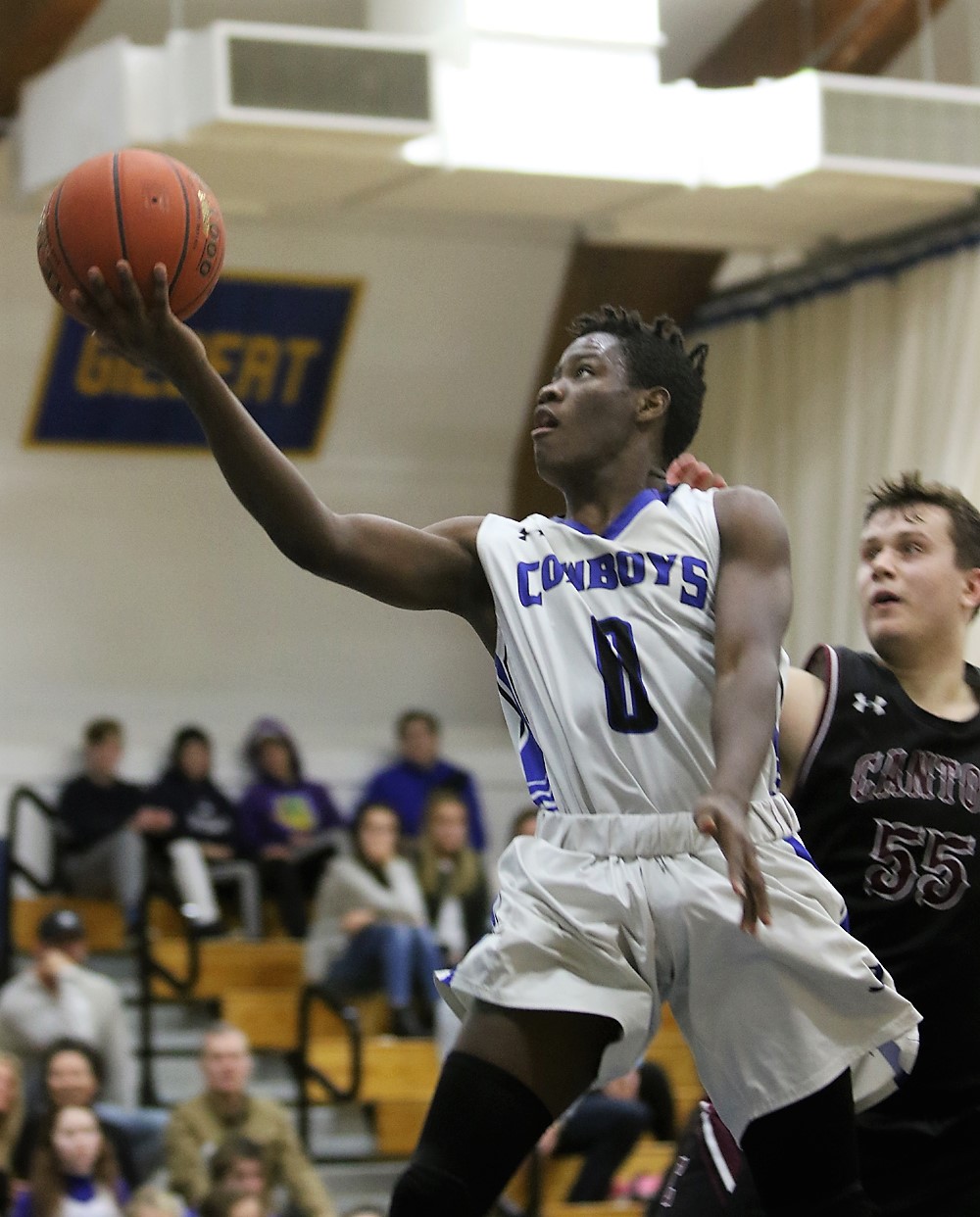 It was Senior Night on Friday and Litchfield proved more than up to the task of giving an outstanding Canton team a battle from start to finish.

The Cowboys came out on the short end of a 48-38 score in falling to 6-13 with one game left in the regular season, but they left the court knowing that they had given everything they had against a big and physical Canton club that won for the 18th time in 20 games. One of the wins came against Wamogo in December.

“We made a team that has lost just two games work hard until the very end,” Litchfield coach Dan Goscinski said. “Going in we wanted to put ourselves in a position to have a chance to win going into the fourth quarter, and we did that. My guys were awesome tonight.”

It was the final home game for seniors Evan Fischthal, Ajani Campbell and Luke Parsons. Fischthal finished with eight points and sparked a fourth-quarter surge with six straight points that cut Canton’s lead to 40-36 with three minutes left. Campbell, meanwhile, scored the first five points of the game as the Cowboys served notice that they were going to give Canton a run.

Parsons, who has missed the entire season with an injury, took the floor for the opening tip. In a arrangement Goscinski and Canton coach Craig Archambault worked out before the game, the tip went to Parsons. The game was stopped and Parsons was given an ovation as he headed to the bench.

Canton weathered Litchfield’s first-quarter emotion and grabbed a lead late in the second quarter, but Matt Rousseau drained a three-point field goal with seconds left before halftime to put the Cowboys up 23-22.

With Canton leading 37-30 entering the fourth quarter, an energized Fischthal went on his three-basket run as the Cowboys narrowed the gap to 40-36. They’d get no closer, however, as Canton buckled down defensively and allowed only a basket by Daniel Dieck the rest of the way. 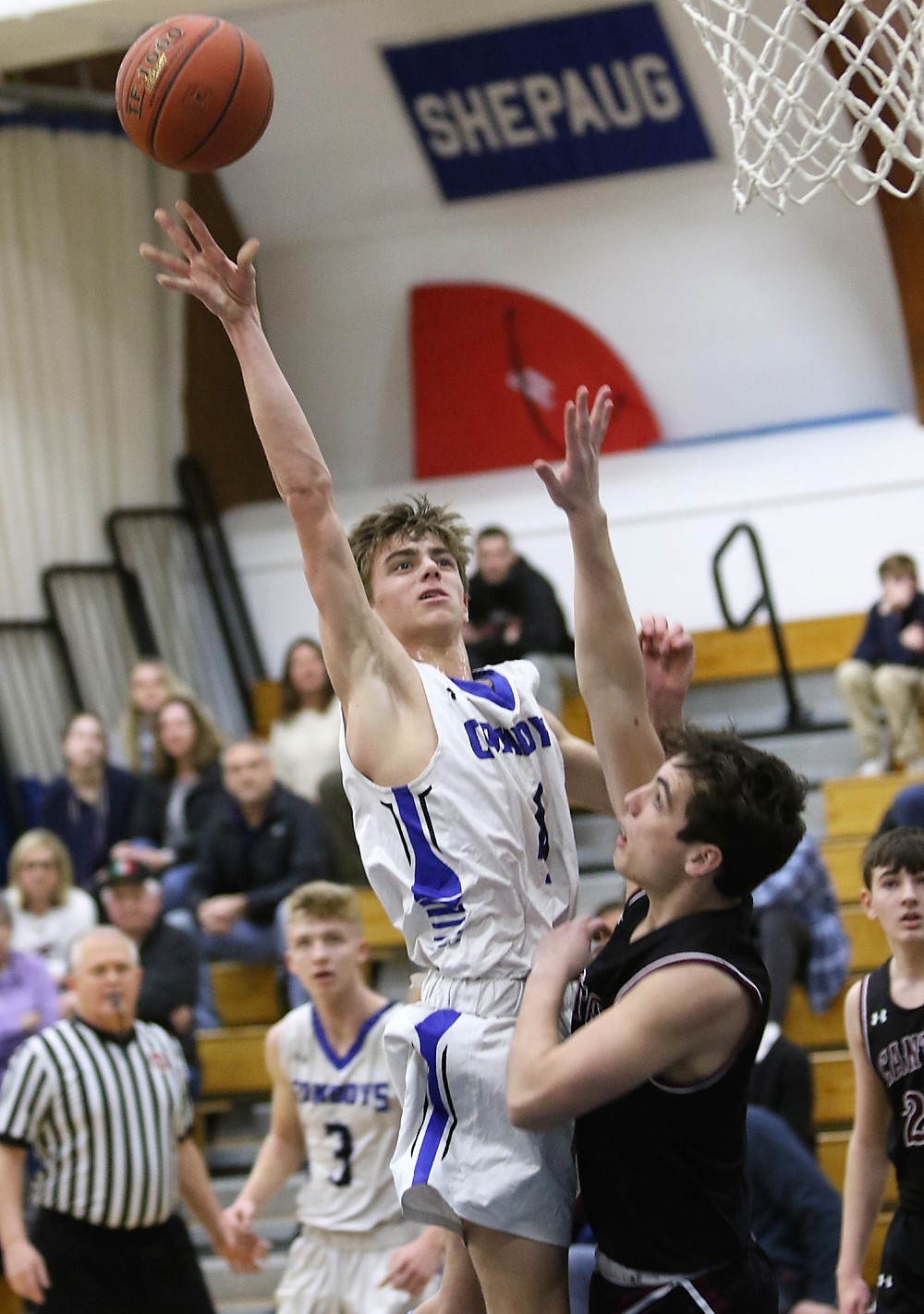 Daniel Dieck lofts a shot after a drive to the basket. 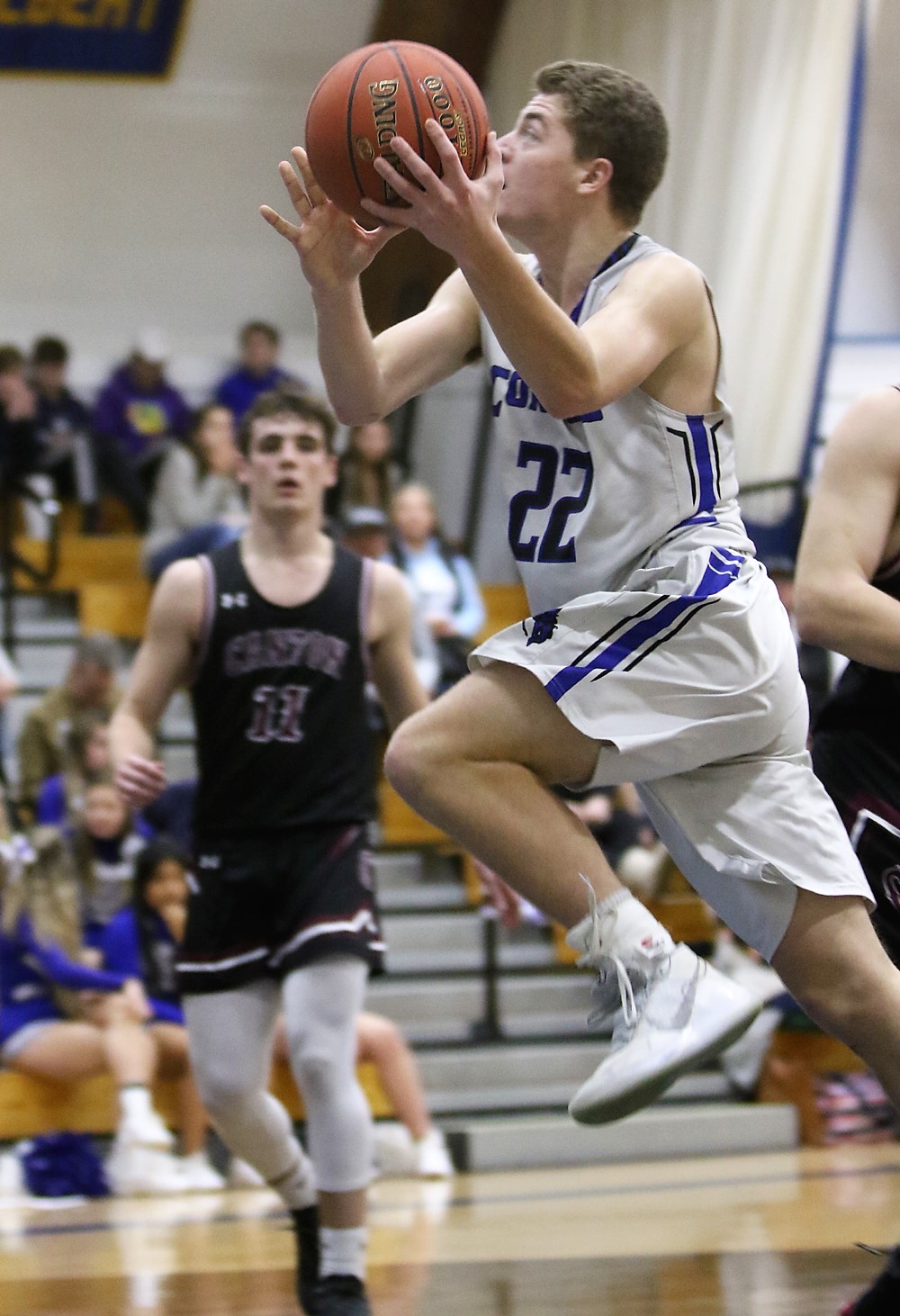 Evan Fischthal gets to the basket in his final home game. 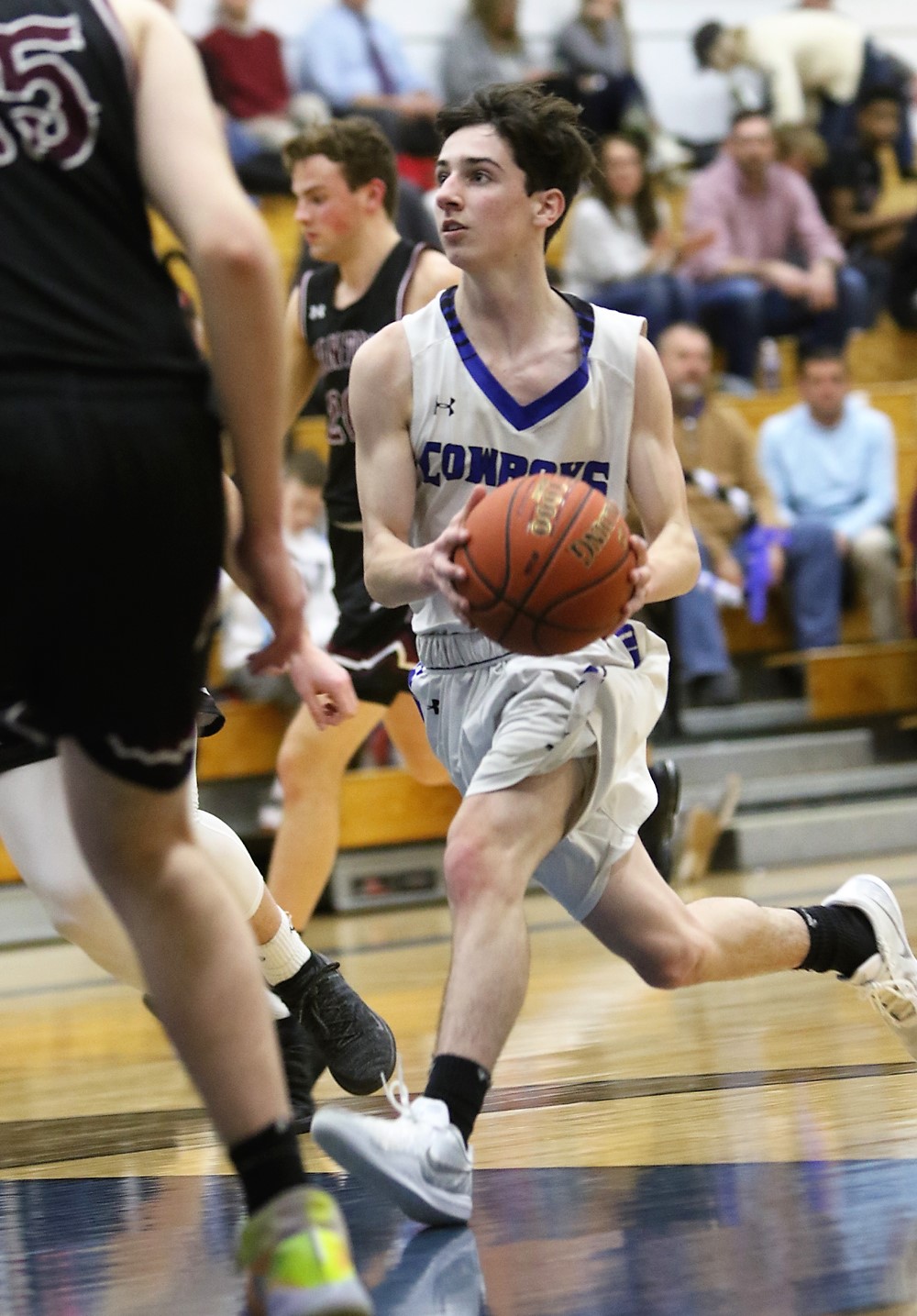 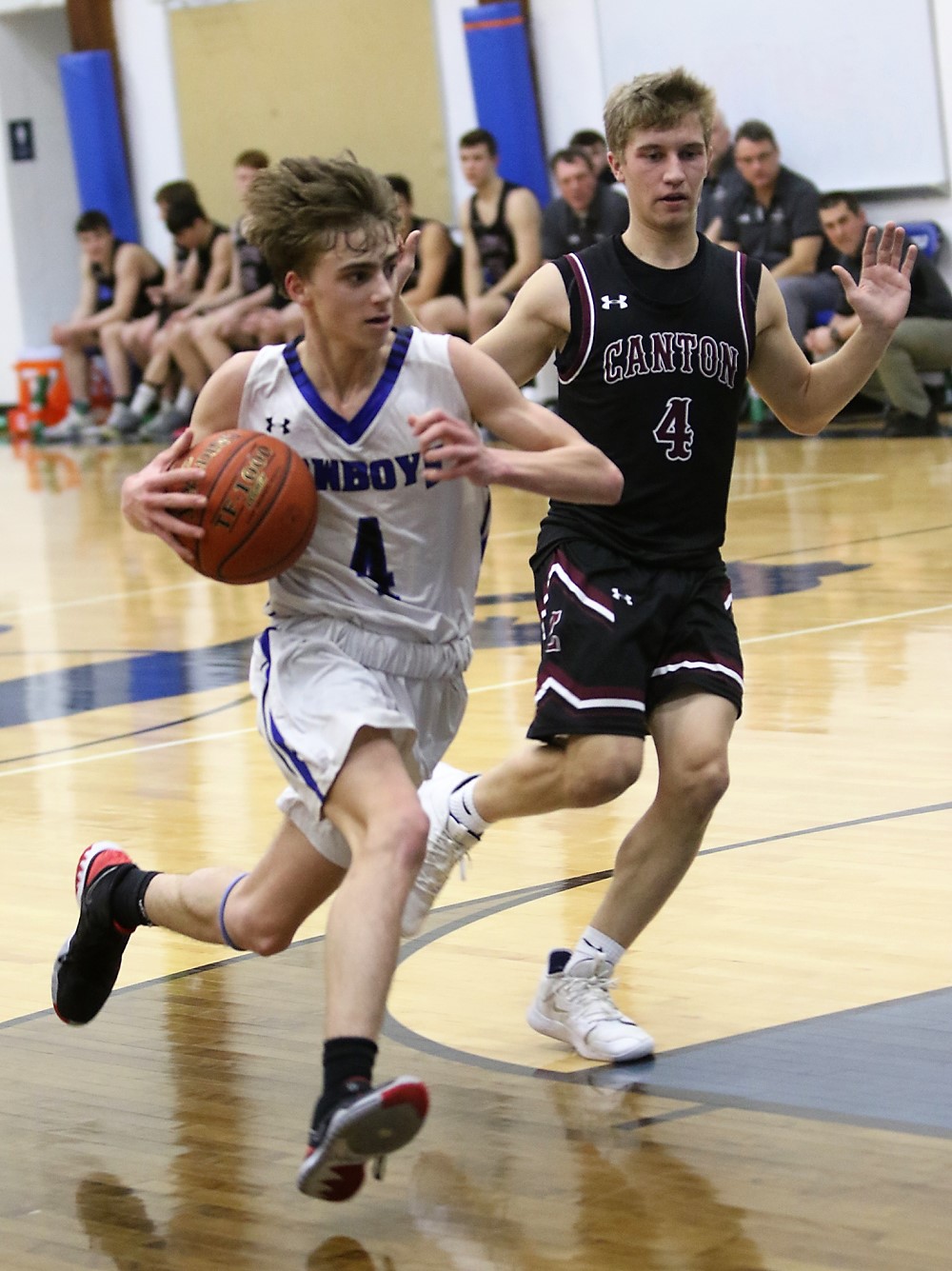 Daniel Dieck shields the ball on a drive to the bucket.