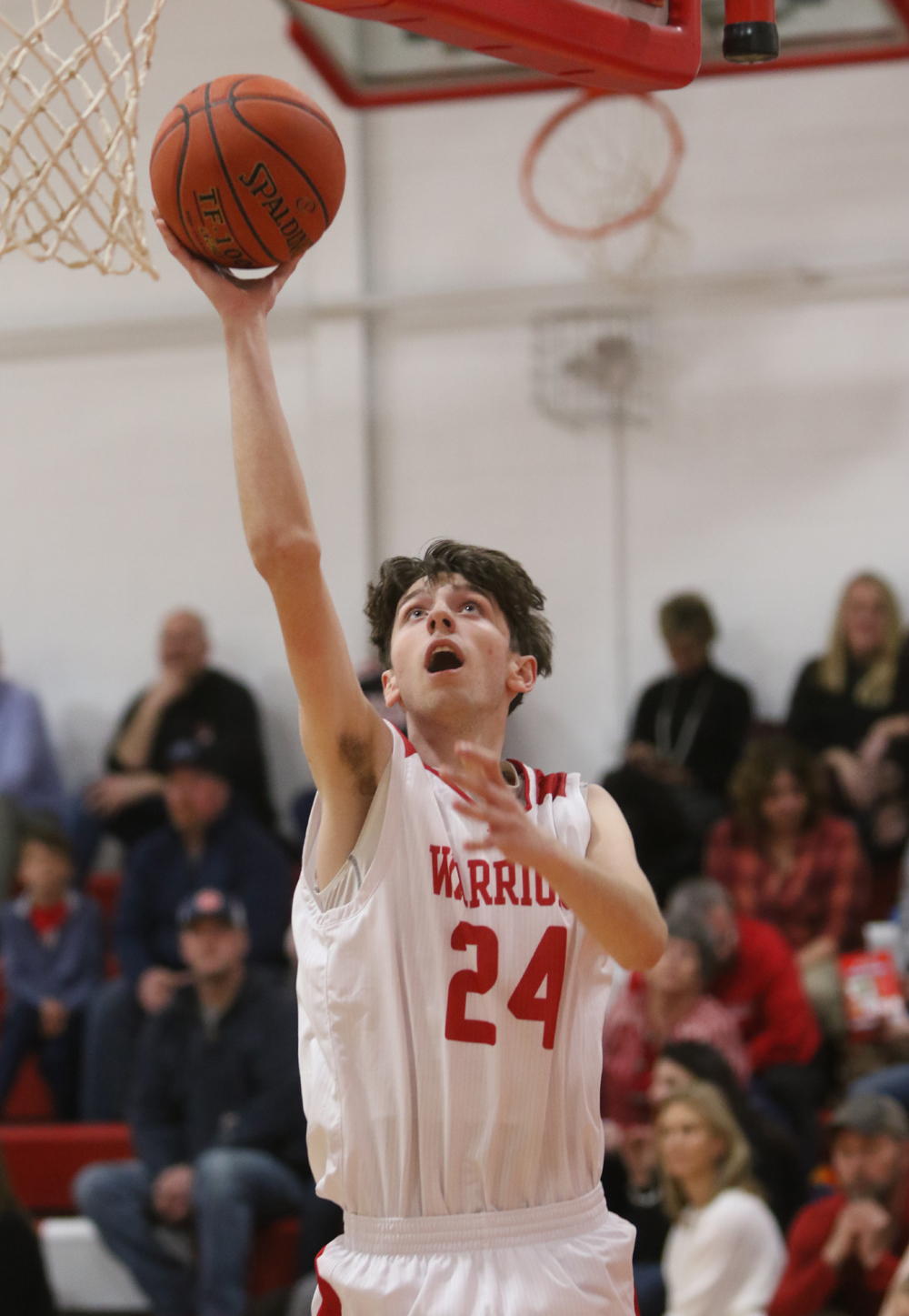 Wamogo’s nine seniors were winners in their final regular-season home game on Thursday.

Senior Night saw the Warriors throttle Housatonic, 79-48, to improve to 15-4 with one game left. Then it’s on to the Berkshire League tournament and the Division III state tournament for coach Gregg Hunt’s club.

Collins had 19 points to pace the Warriors, Odenwaelder and Marti each had 11, and Mazzarelli had 10. Higgins and Kin each scored eight. All 10 Wamogo players scored in the game. 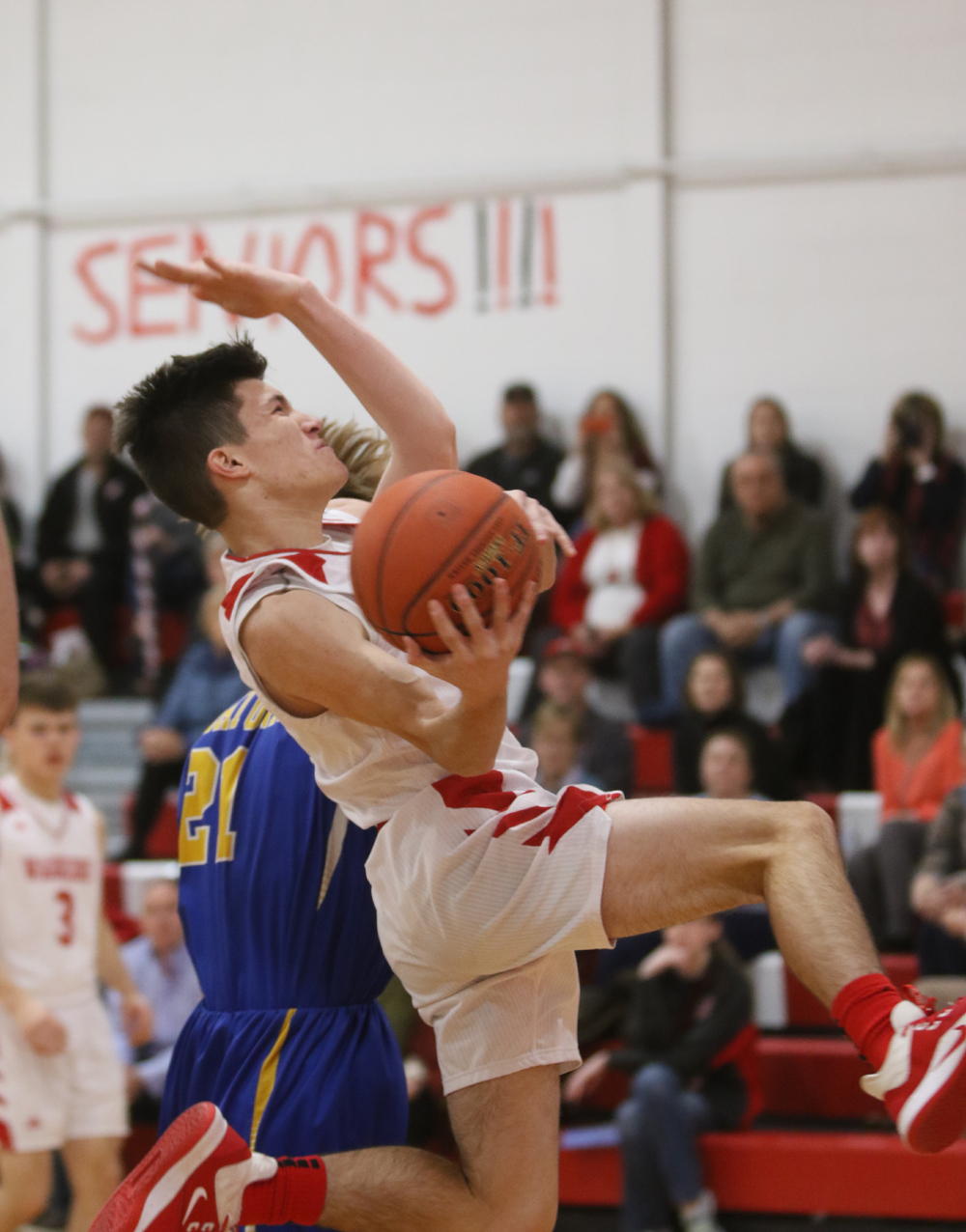 Colin Ferrer drives hard to the basket in his Senior Night effort. 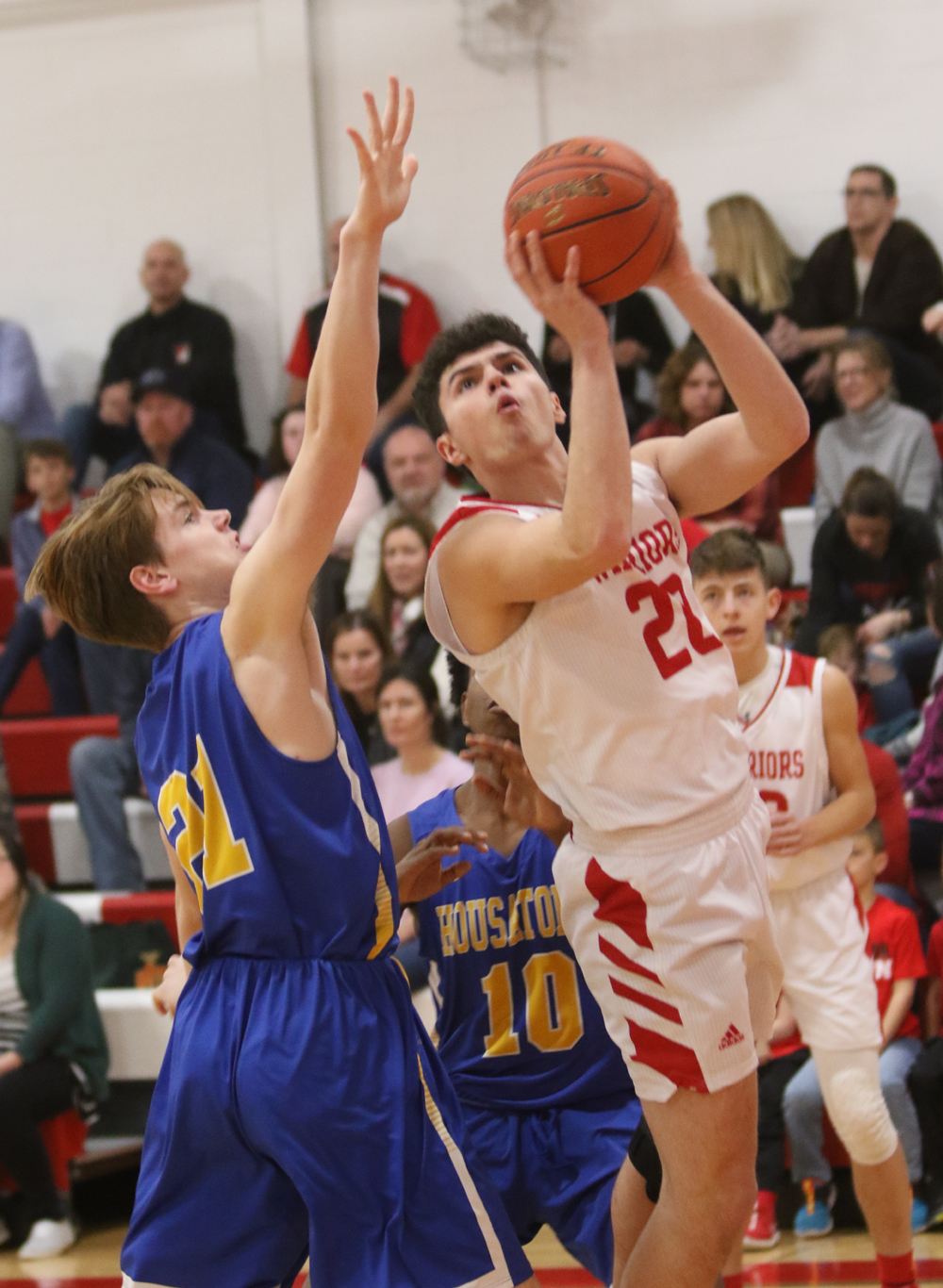 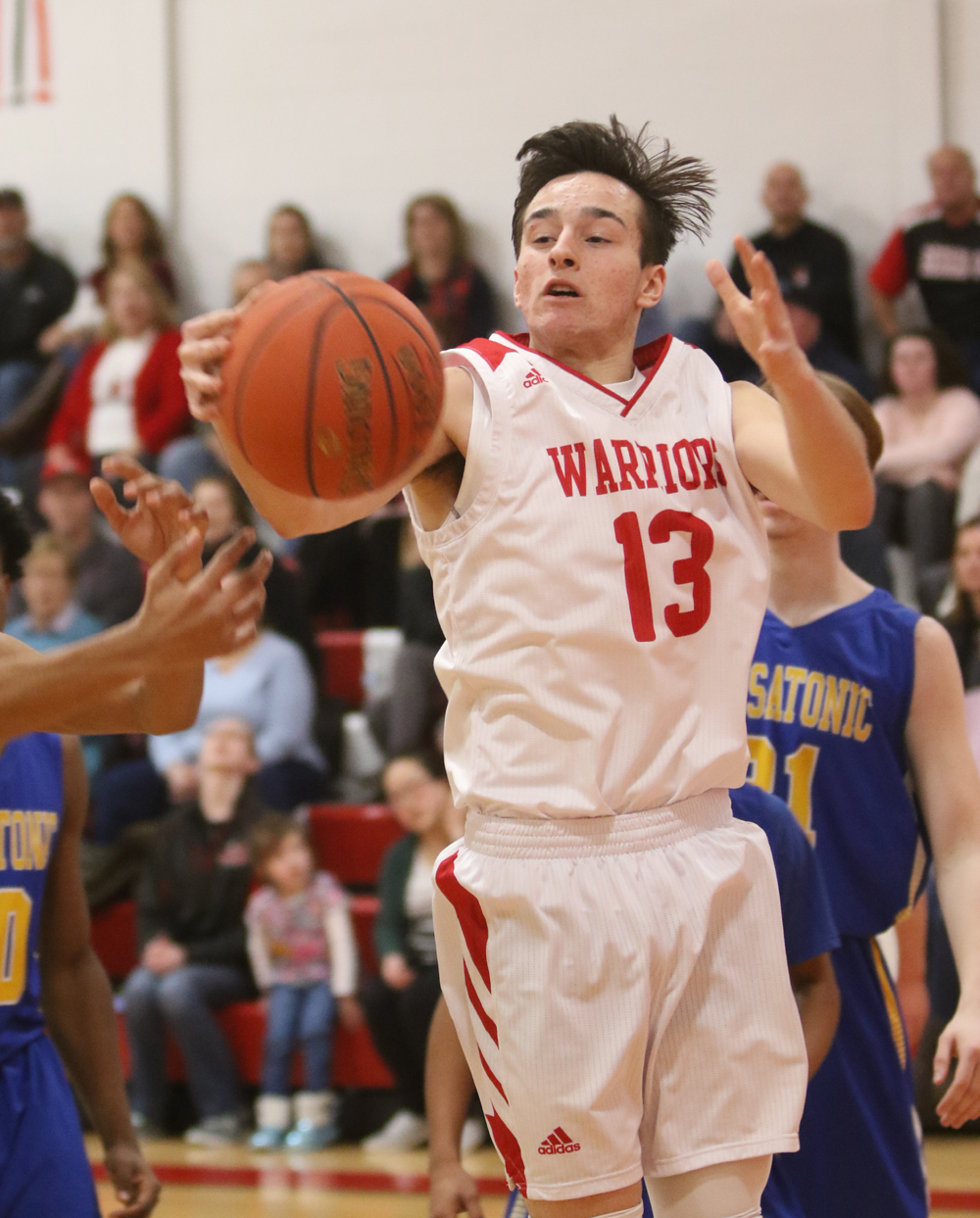 Ben Roy, one of the nine seniors honored, grabs a rebound. 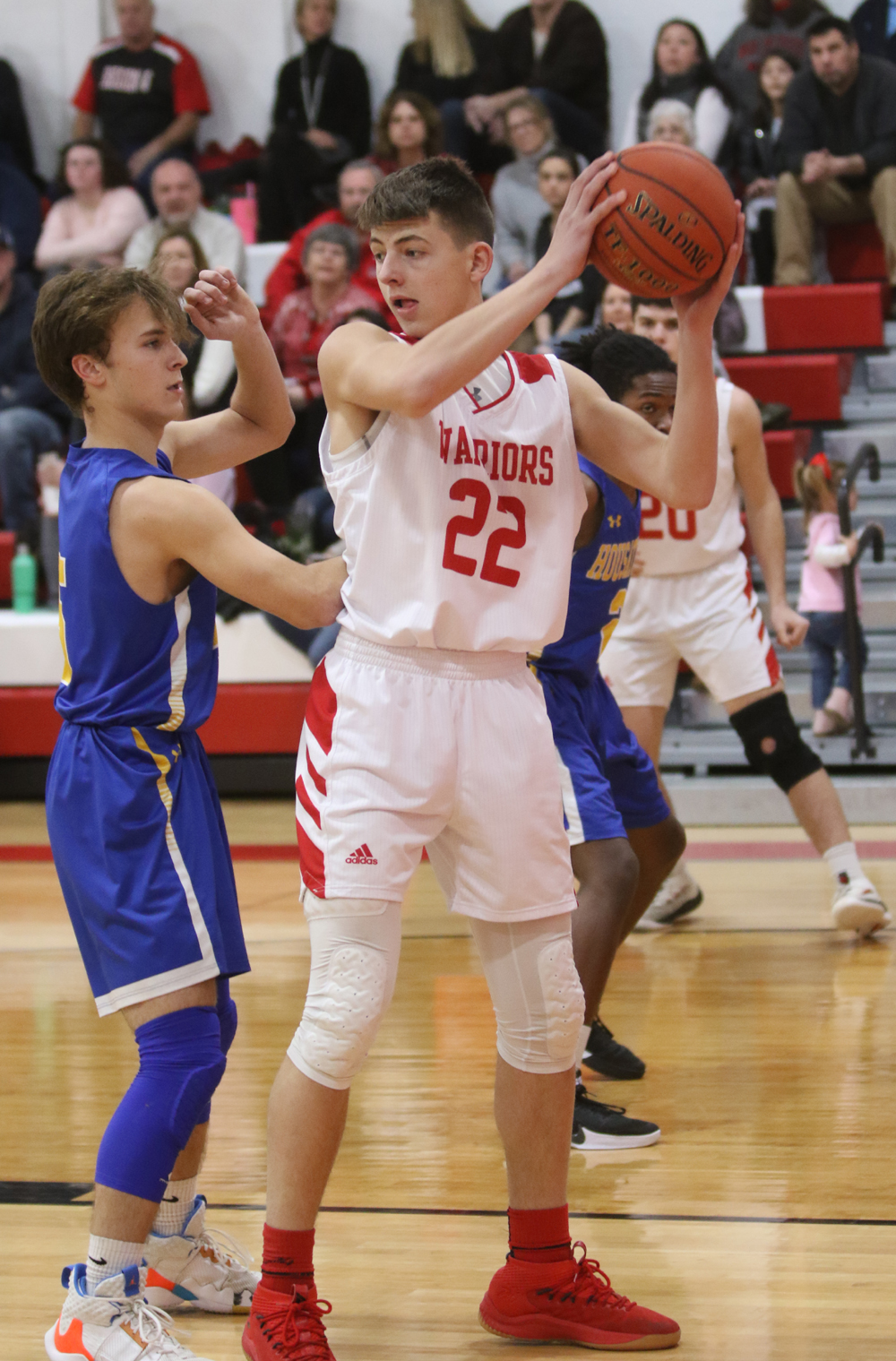 Eric Odenwaelder looks to make a pass to a teammate. 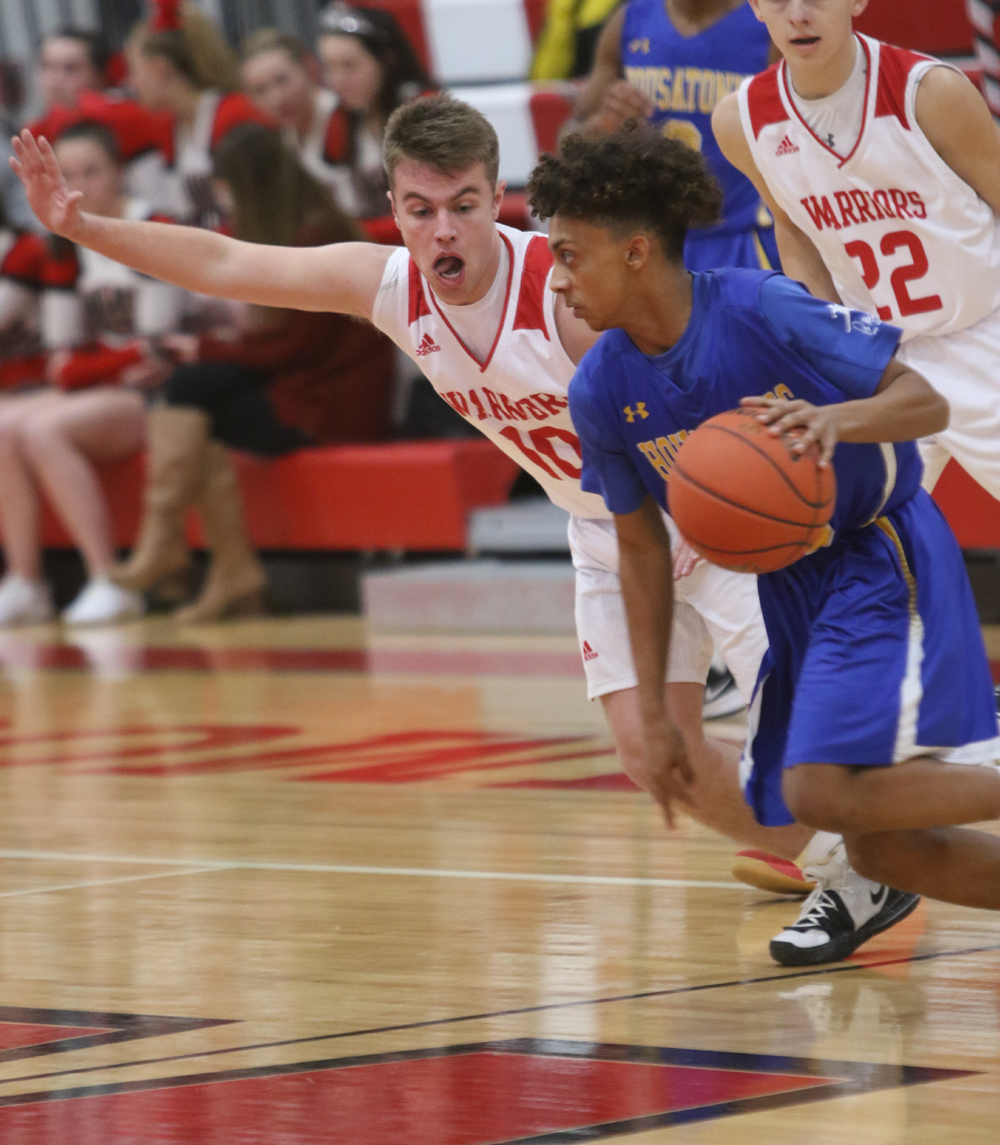 Cole Higgins was relentless defensively in his Senior Night performance. 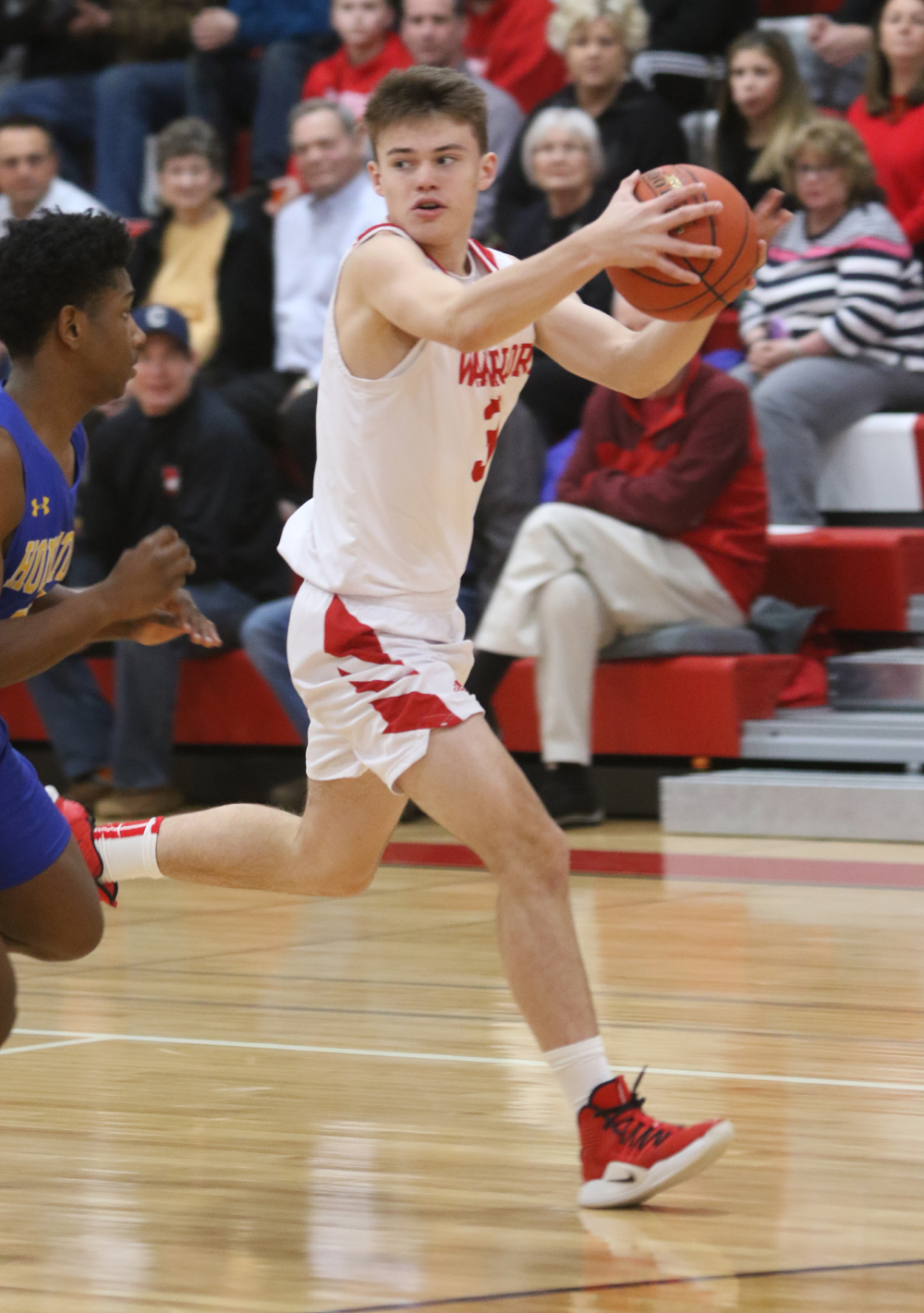 Charlie Coffey prepares to deal an assist after snagging the opening tip. 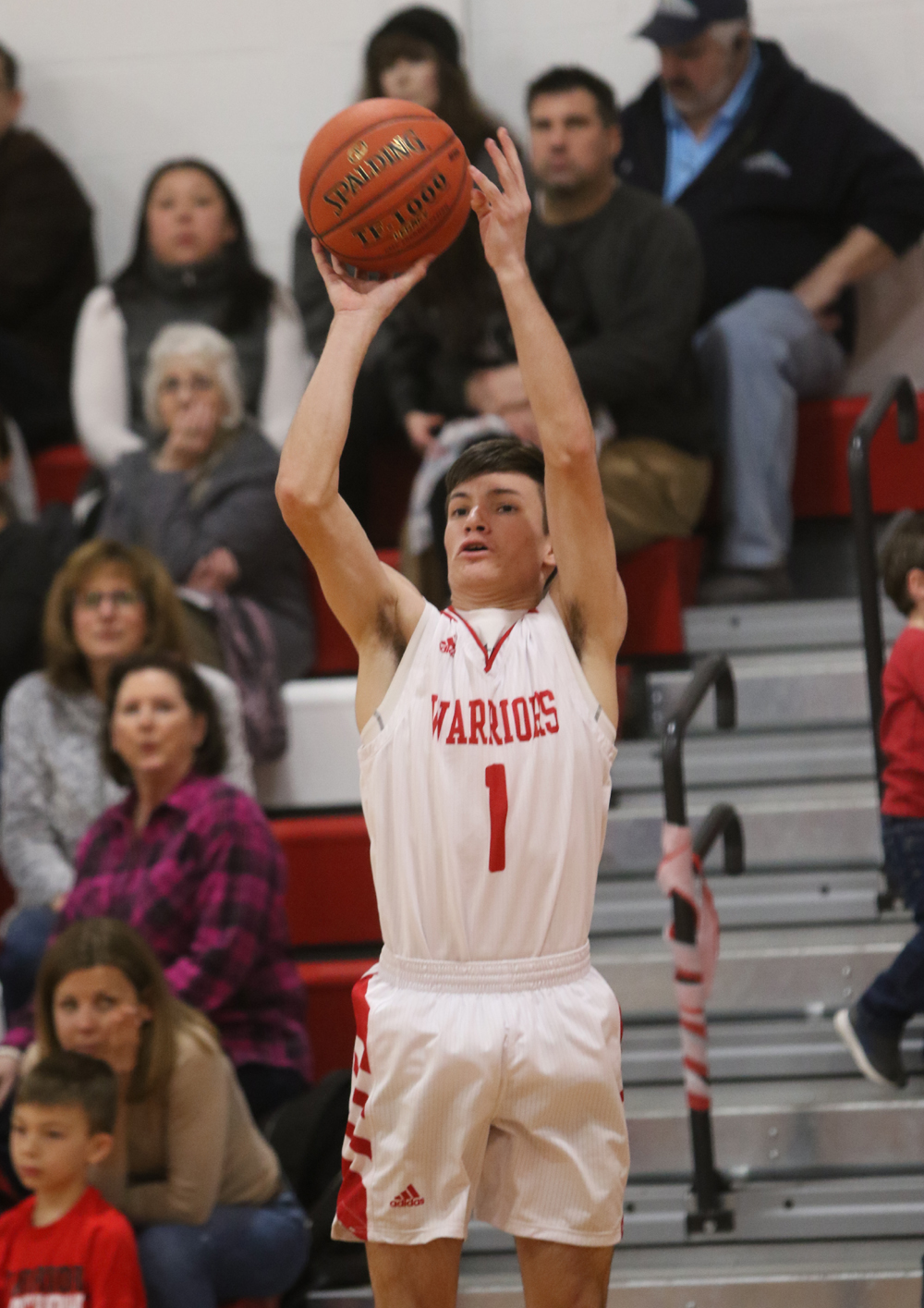 Colin Ferrer lets one fly from the corner.