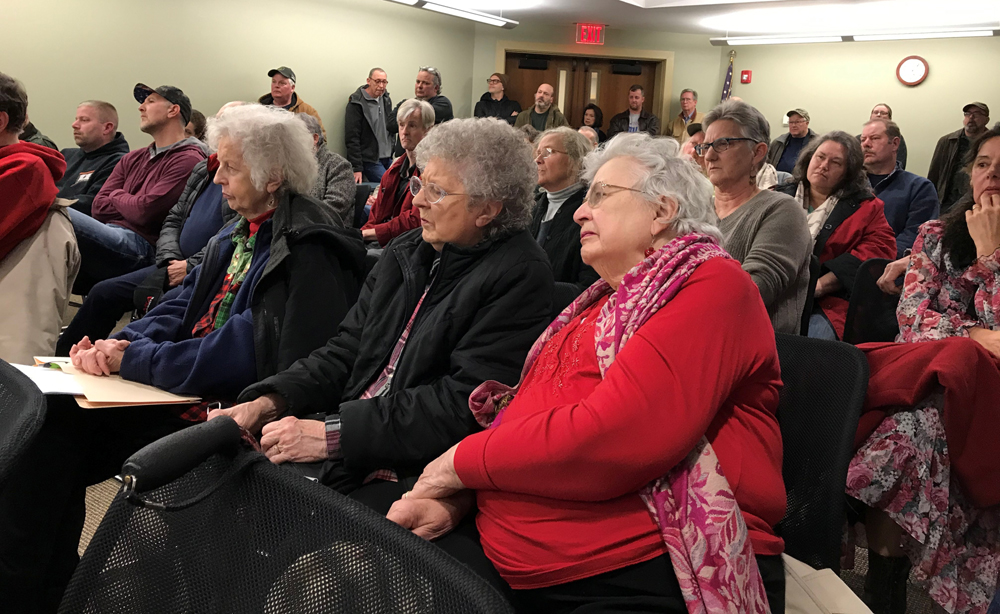 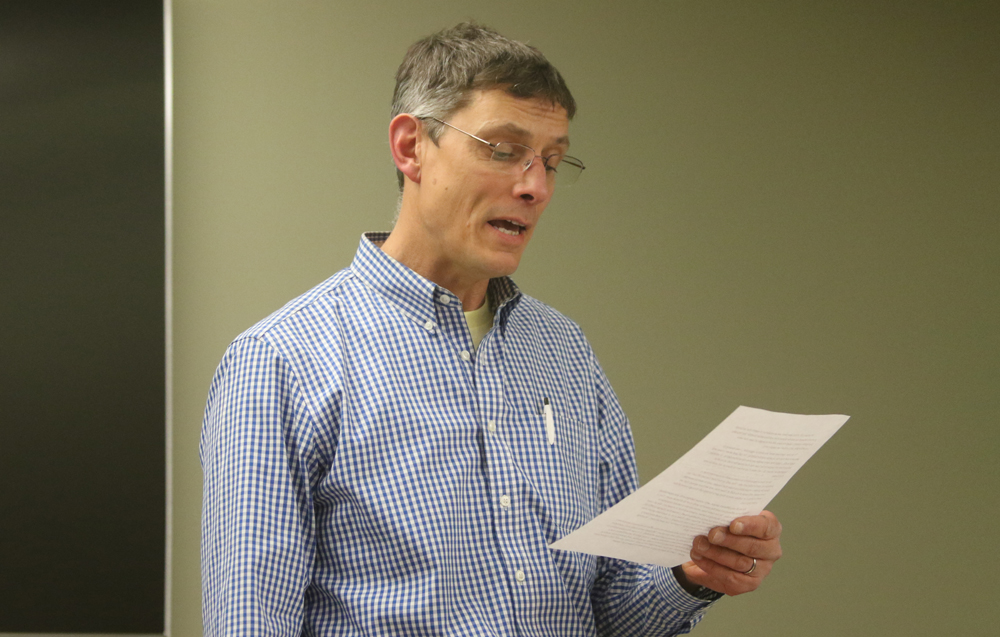 Warren First Selectman Timothy Angevine at a Board of Selectmen meeting Tuesday reads a statement apologizing for his role in a verbal altercation with town employees at Town Hall on Jan. 30. BZ photos

Warren First Selectman Timothy Angevine took a deep breath, rose from his seat during a meeting of the Board of Selectmen on Tuesday, and read a statement in which he expressed remorse for initiating a verbal altercation with a group of Town Hall employees on Jan. 30.

“…there was an escalation of events that occurred primarily between me and Don Murphy,” Angevine said. “During this incident, I raised my voice and some people in Town Hall were uncomfortable, and for that I am deeply sorry.”

Angevine, who has not explained the nature of his argument with Murphy, pledged to work on improving the work environment in Town Hall by leading by example and has agreed on a need to bring in a neutral third-party mediator to help him and Town Hall staff work through underlying issues.

“We are all very different people, with unique backgrounds and experiences,” Angevine said. “These human differences have the power to unify us or drive us apart. This is our choice to make. At the same time, emotions are a natural response to difficult situations. Working to better understand that is important. We all need to manage them appropriately, including myself.”

The first selectman’s apology was prompted by a letter Perssonatti read to the Board of Selectmen in open session on Feb. 4. In the letter, Perssonatti described the Jan. 30 incident and said Angevine acted aggressively toward her when she asked him to lower his voice because members of the public were in the building. Perssonatti said she felt threatened by Angevine during the incident and doesn’t want him coming within 10 feet of her in the future.

Angevine, in his apology, said he never acted aggressively toward Perssonatti and that he was only trying to remove himself from the situation and the building when she knocked on his office door to ask him to turn down the volume while he was yelling at Murphy. The tirade against Murphy came after Angevine raised his voice while Frisbie attempted to explain a town Wi-Fi practice, according to Perssonatti, who also charged Angevine with creating a hostile work environment in Town Hall.

Calling himself the “new kid” in Town Hall, Angevine said he realizes the change in leadership he represents has been difficult for some to accept, but that he is only trying to do what’s best for the town.

“I have a lot of questions which may make some people uneasy,” he said. “That is not my intent. I really need everyone’s assistance to fully understand what is best for our special town. Working together will achieve that goal.”

Angevine concluded his remarks by acknowledging that he made mistakes and that he is willing to work with town employees in creating a more harmonious atmosphere in Town Hall.

“In the spirit of reconciliation and a shared common interest to foster a safe, productive and professional working environment, we must come together to seek common ground and support each other,” he said. “I will do everything in my power to make that happen.”