Wamogo gets best of Cowgirls in rematch Wamogo’s Samantha Sylvester gets a shot off while being defended by Litchfield’s Aileen Lennon on Friday. John McKenna photos

Mitchell scored all of her 18 points on three-point field goals as Wamogo took charge early and pulled away to an easy win that avenged a loss to the Cowgirls in January. With her team up 30-16 in the fourth quarter, Mitchell connected on three consecutive three-pointers to erase any hope Litchfield had of making a comeback.

“Paige has been staying after practice to work on her shot and it paid off,” Wamogo coach Kerri Stolle said. “If you put in the work, it makes all the difference.”

Wamogo won its third straight game and is 5-13 heading into the final week of the regular season. The team that took the floor Friday was obviously different from the one that lost at Litchfield last month.

“The last game, we came out flat, but tonight we started strong and that was the difference,” Stolle said. “Our seniors have been playing up to their capability and not making the mistakes they did earlier in the season.”

Justine Lago, one of Wamogo’s seniors, scored just four points but set up a few of Mitchell’s three-pointers and worked hard on the boards.

“Every time I drove, it seemed Paige was open at the three-point line,” Lago said. “We were energized and came ready to play this time around. We have some good chemistry going.”

Litchfield, meanwhile, scored five points in the first quarter and was shut out in the second quarter as Wamogo took a 23-5 lead at halftime. The Cowgirls didn’t get things going offensively until the fourth quarter, but by then it was too late. A basket by Molly Lennon cut Wamogo’s advantage to 27-16, but that’s when Mitchell took over.

“The intensity of the atmosphere, the fans, the band, it all got into our kids’ heads,” Litchfield coach Ken Hall said. “We gave them too big of a lead in the first half and that was the game.”

Samantha Sylvester added 10 points for Wamogo. Lennon and Kadija Crapo each had eight points to lead the Cowgirls.

Litchfield (4-15) concludes the regular season Tuesday at home against Terryville. 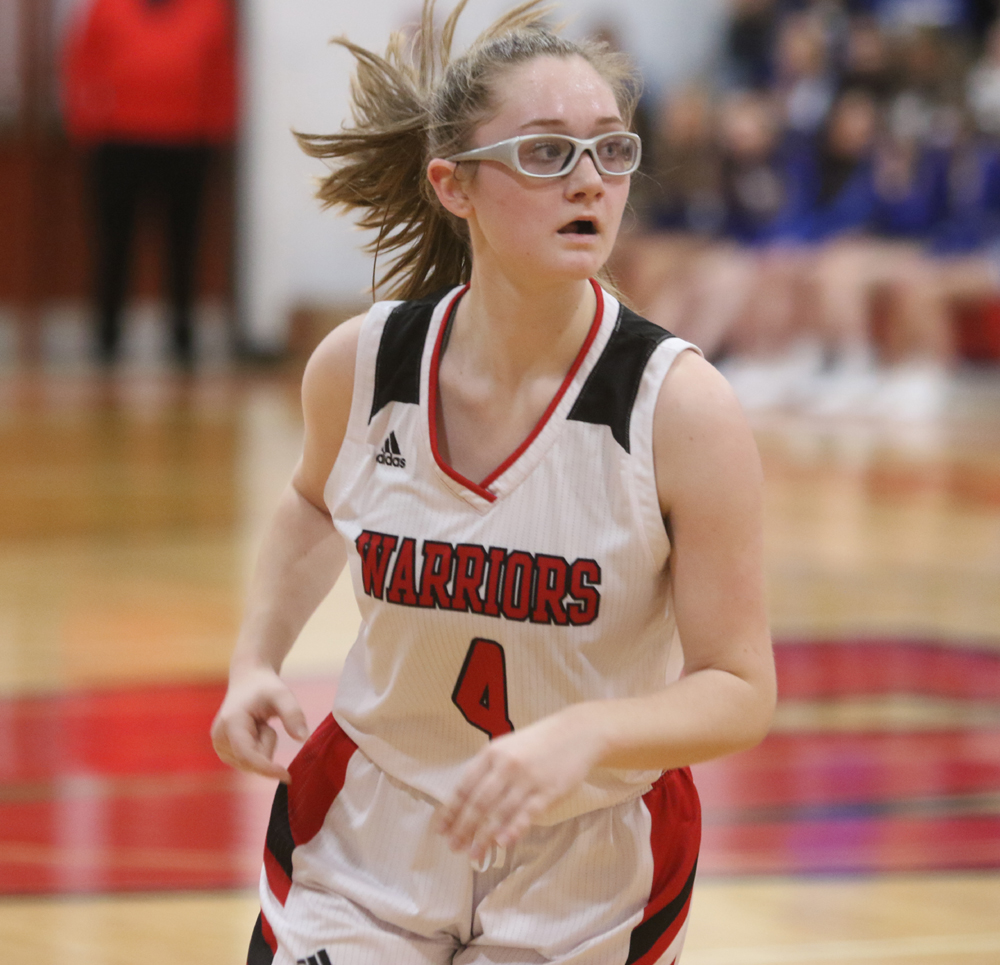 Paige Mitchell sparked Wamogo by scoring all of her 18 points on three-pointers. 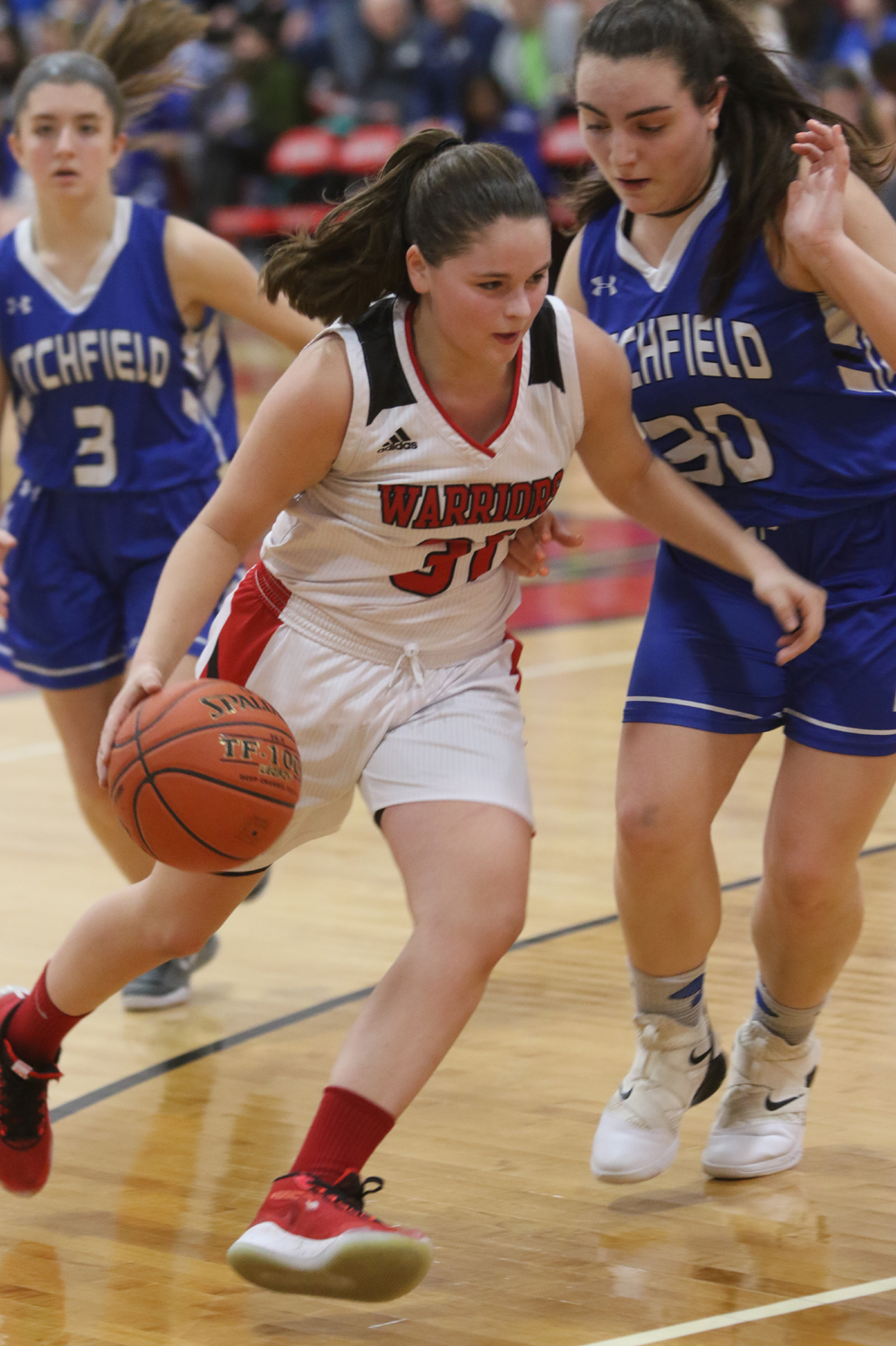 Wamogo’s Juli Weik makes her move to the basket against Bella Butler. 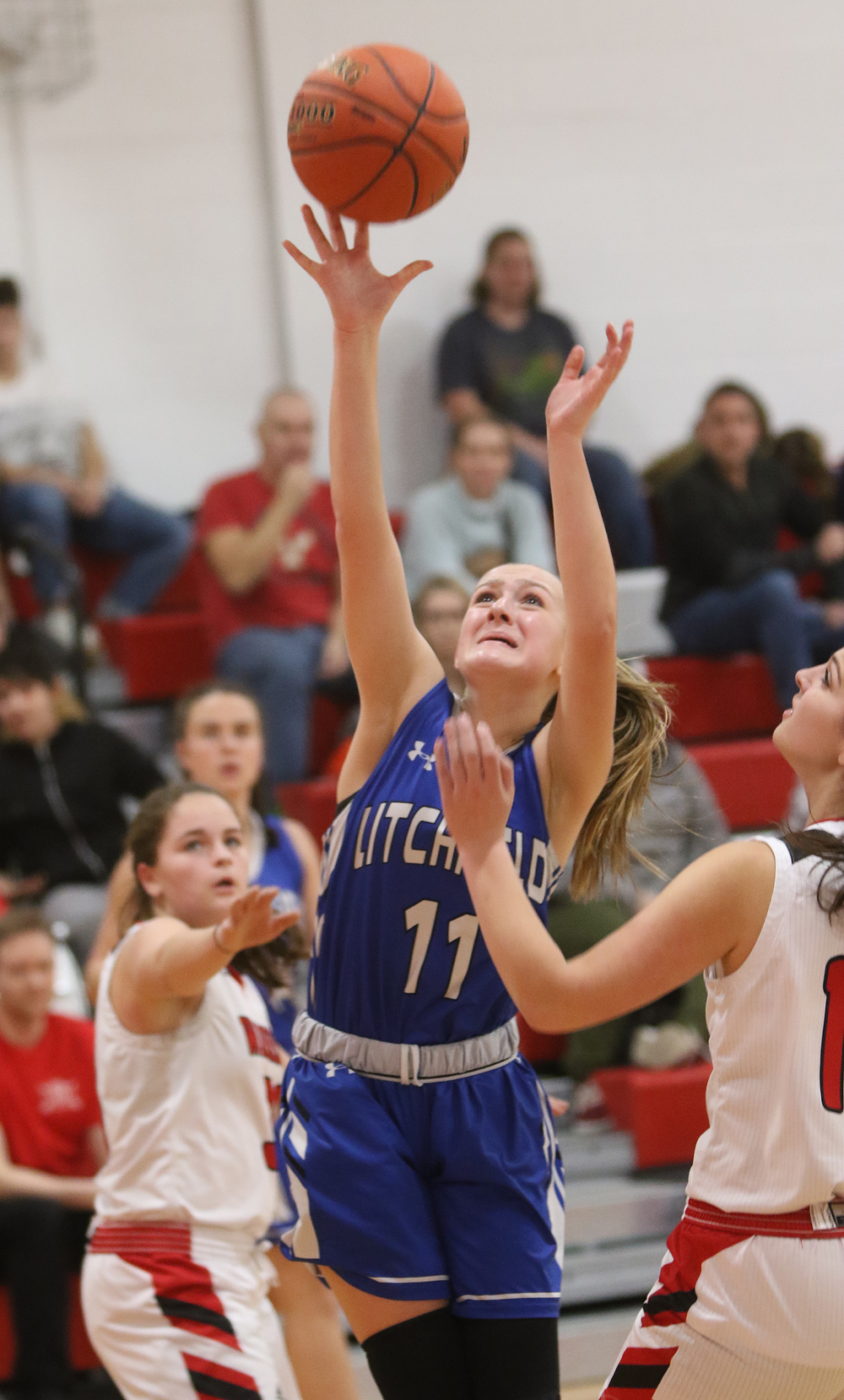 Makenzie Schweter takes a shot for the Cowgirls. 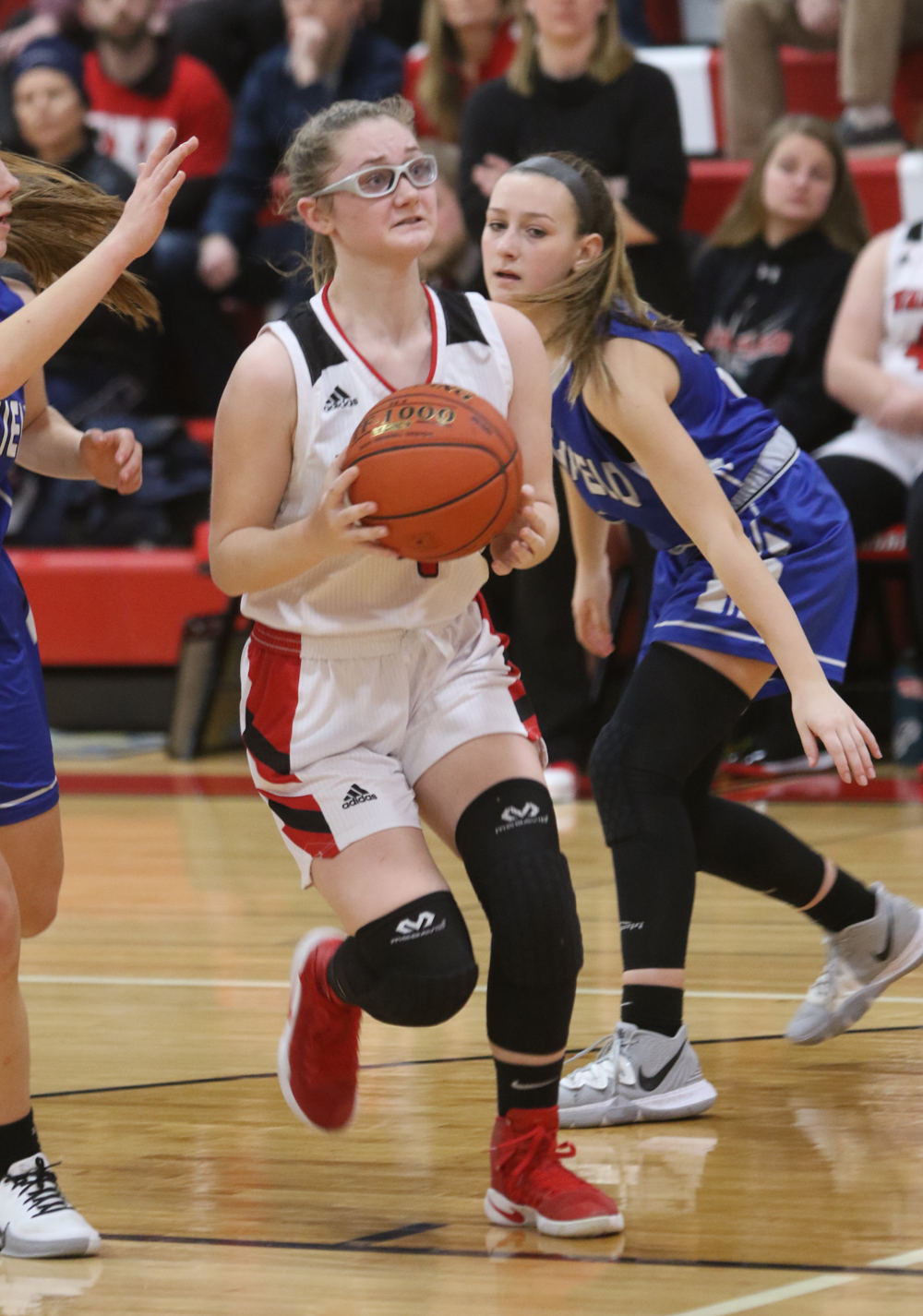 Paige Mitchell, who scored all of her 18 points from long range, ventures into the lane. 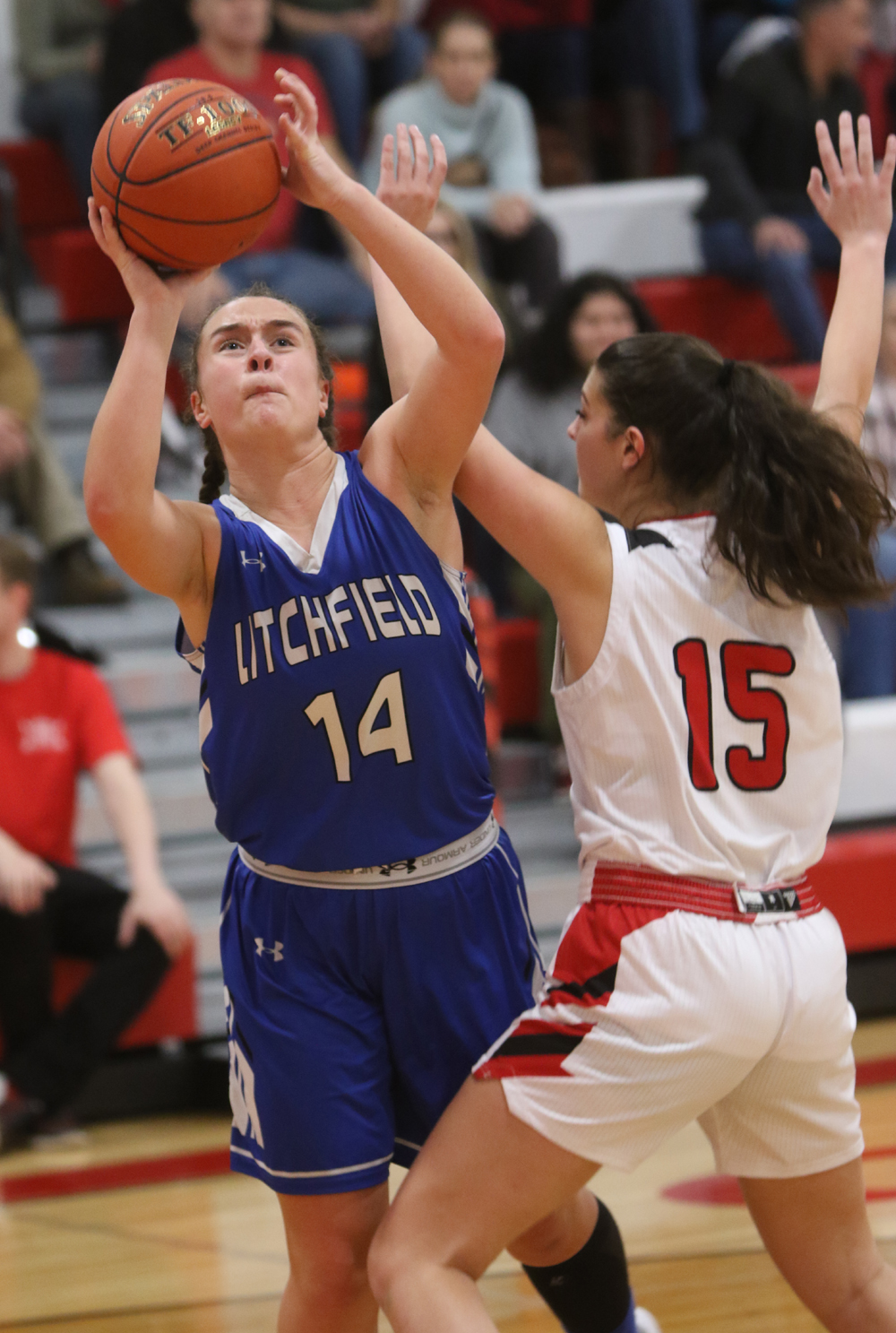 Molly Lennon eyes the basket while being defended by Justine Lago. 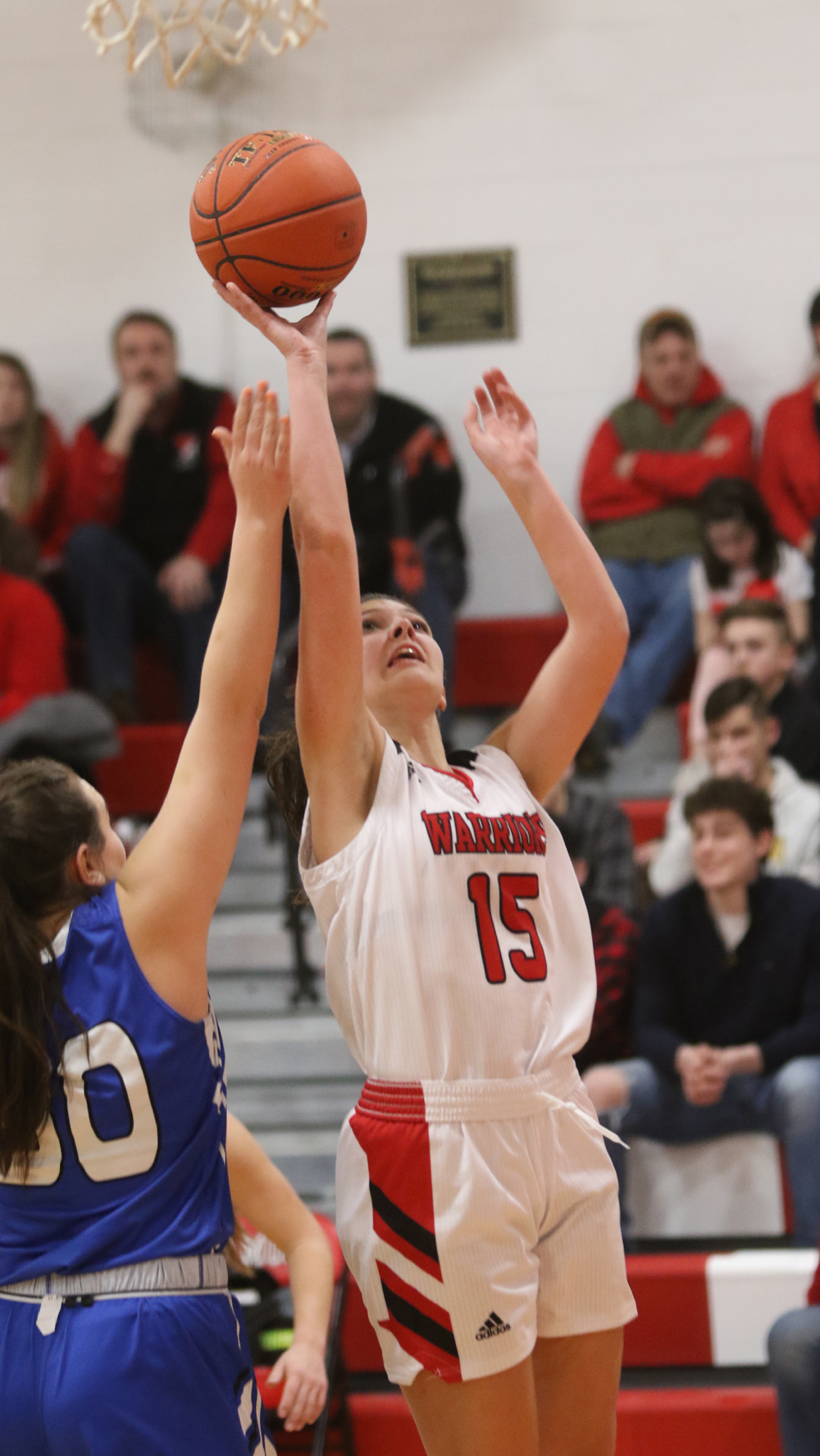 Justine Lago rises above Bella Butler for a close-range shot. 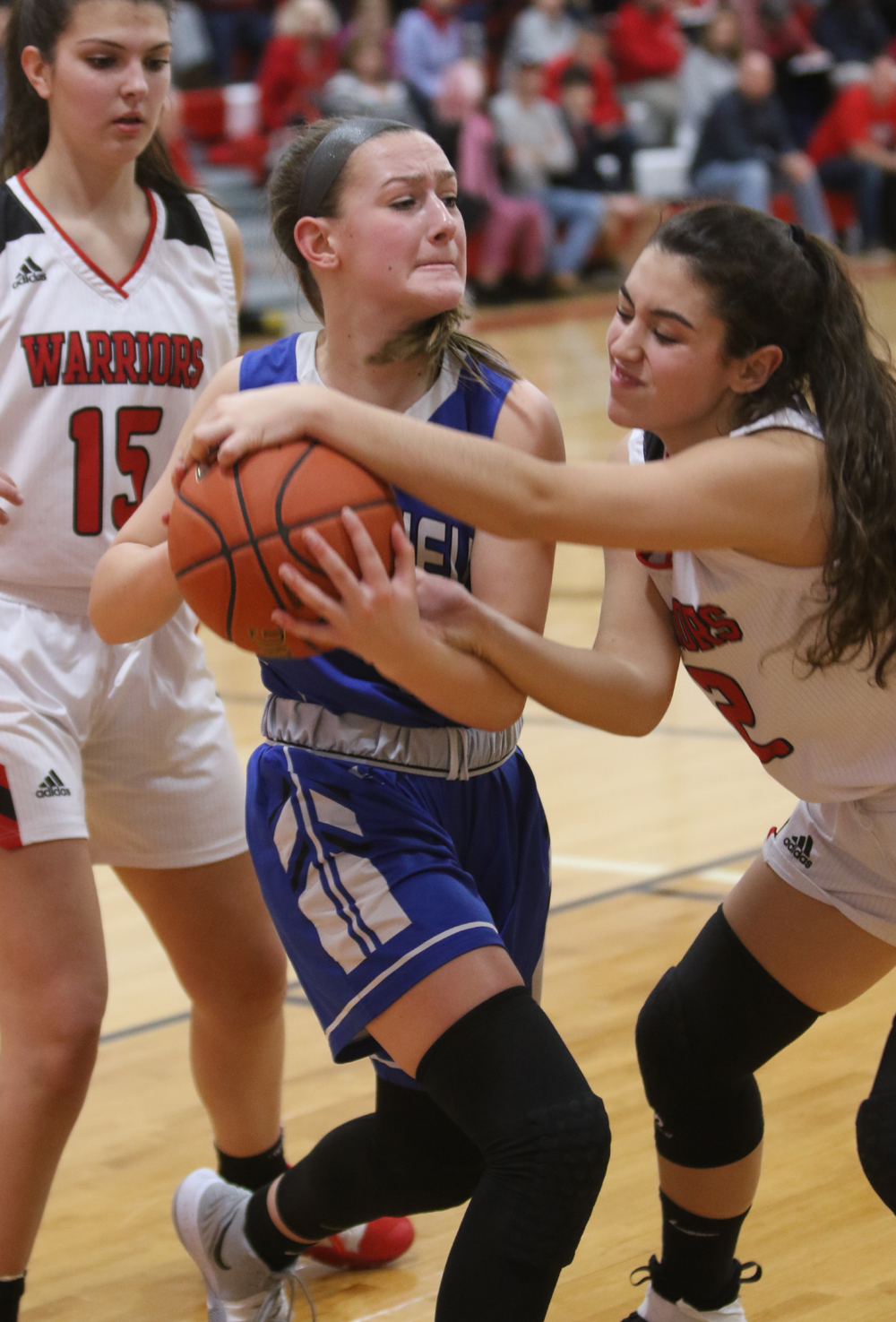 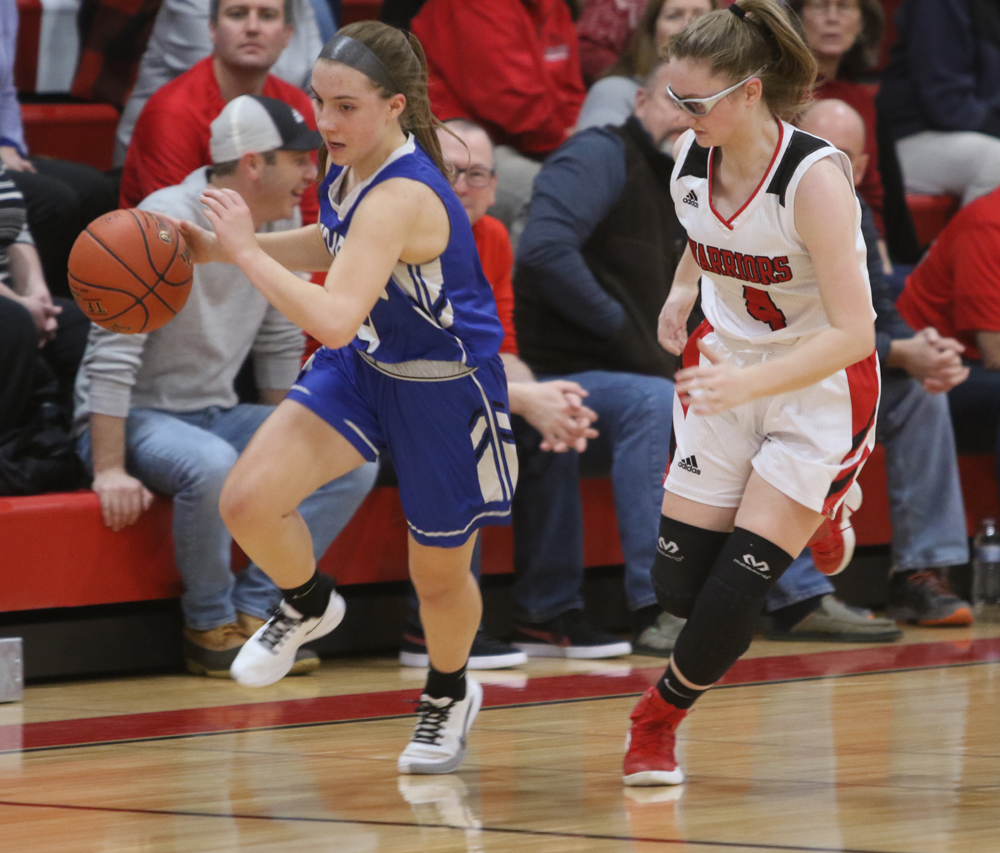 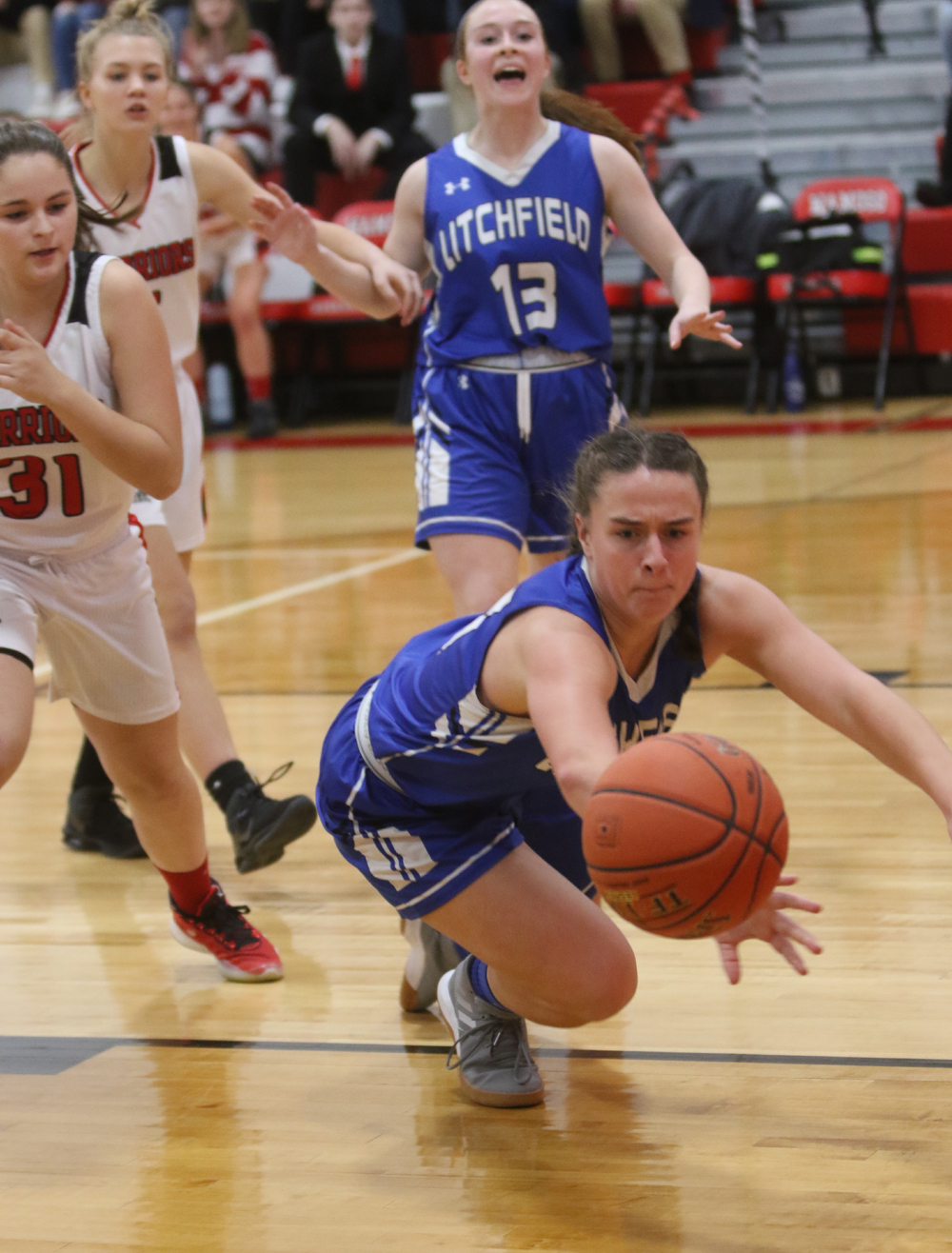 Molly Lennon goes all out in an attempt to save the ball from going out of bounds.