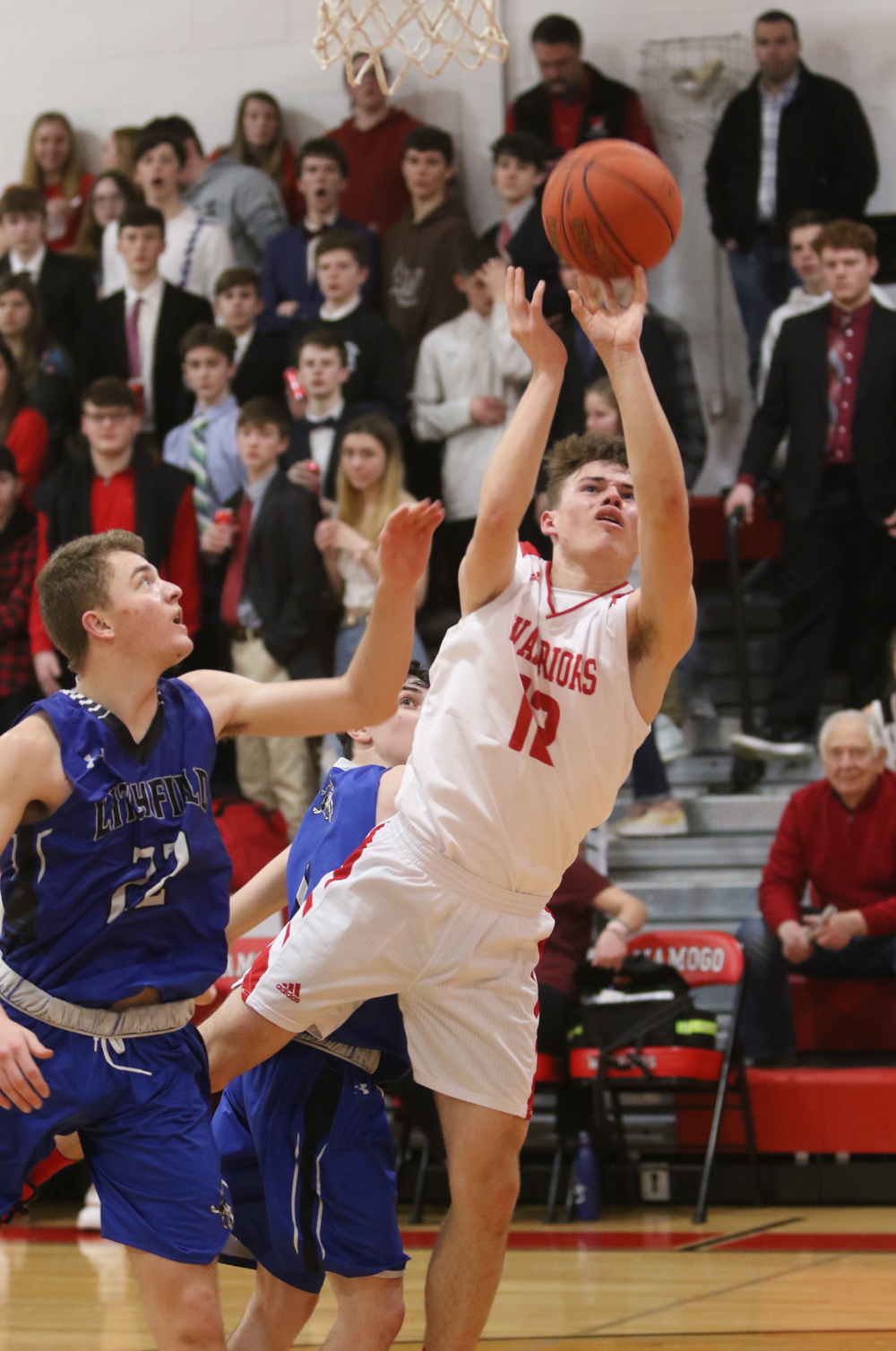 Wamogo’s Charlie Coffey gets past Litchfield’s Evan Fischthal in a win over the Cowboys Friday. John McKenna photos

This rivalry night game was all but over after just a few minutes.

Wamogo scored the first eight points of the game and was never challenged the rest of the way in a methodical 65-41 win over Litchfield on Friday. The contest was nothing like the overtime affair won by Wamogo in January.

“The home-court advantage, the atmosphere and the band all played into our favor,” Wamogo coach Gregg Hunt said. “Our kids were very focused on what they wanted to do.”

That would be to smother Litchfield defensively and rely on a balanced scoring attack. Wamogo lad 16-4 after one quarter and 30-12 at halftime. It was 44-19 after three quarters before the Cowboys made things respectable with 22 points in the fourth quarter.

“We got schooled and outworked by a team that played hard and disciplined,” Litchfield coach Dan Goscinski said. “They wanted it more than we did.”

With the win, Wamogo clinched at least a tie for the Berkshire League regular-season title. 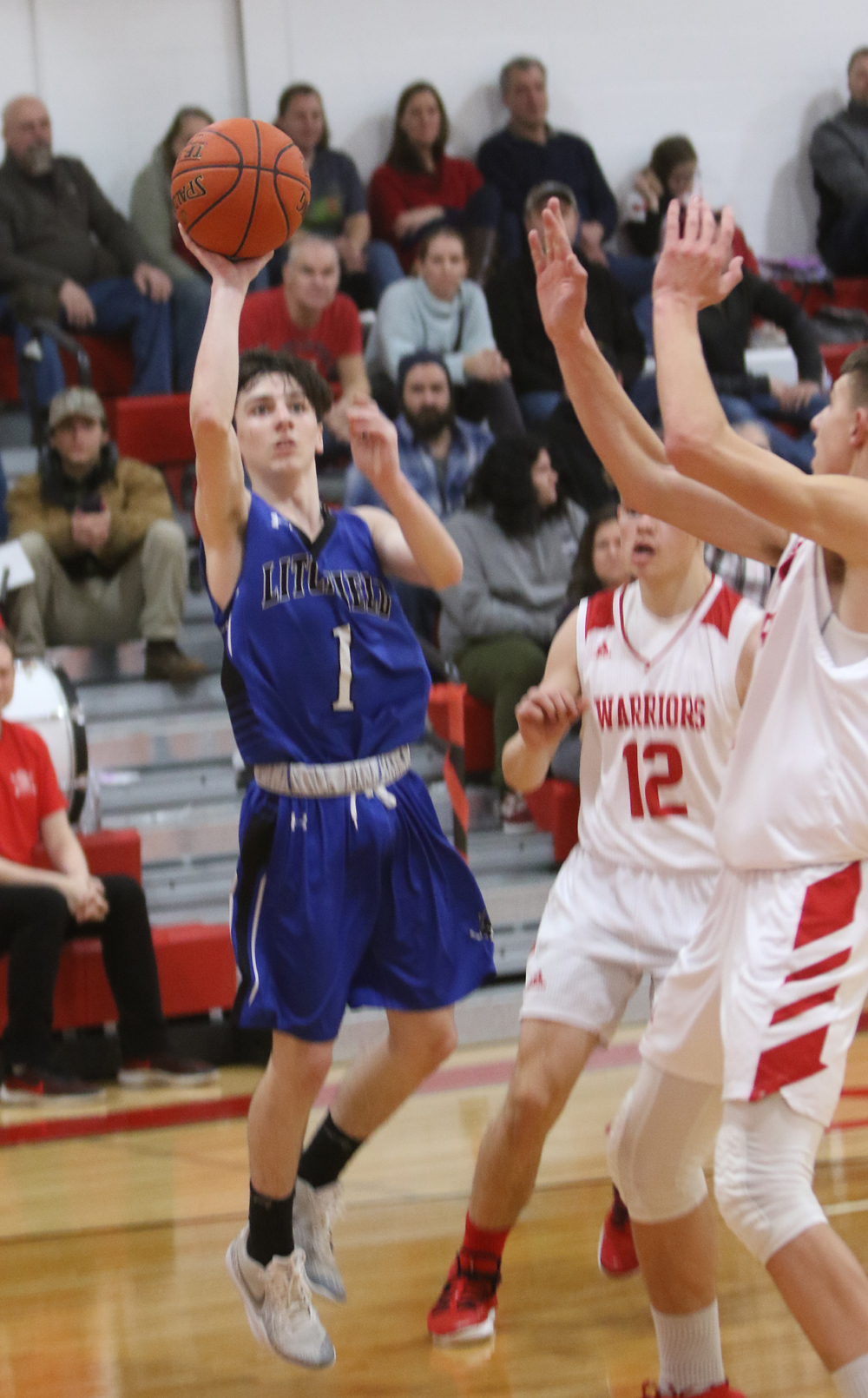 Jason Thompson, with eight points, was one of the few bright spots for Litchfield. 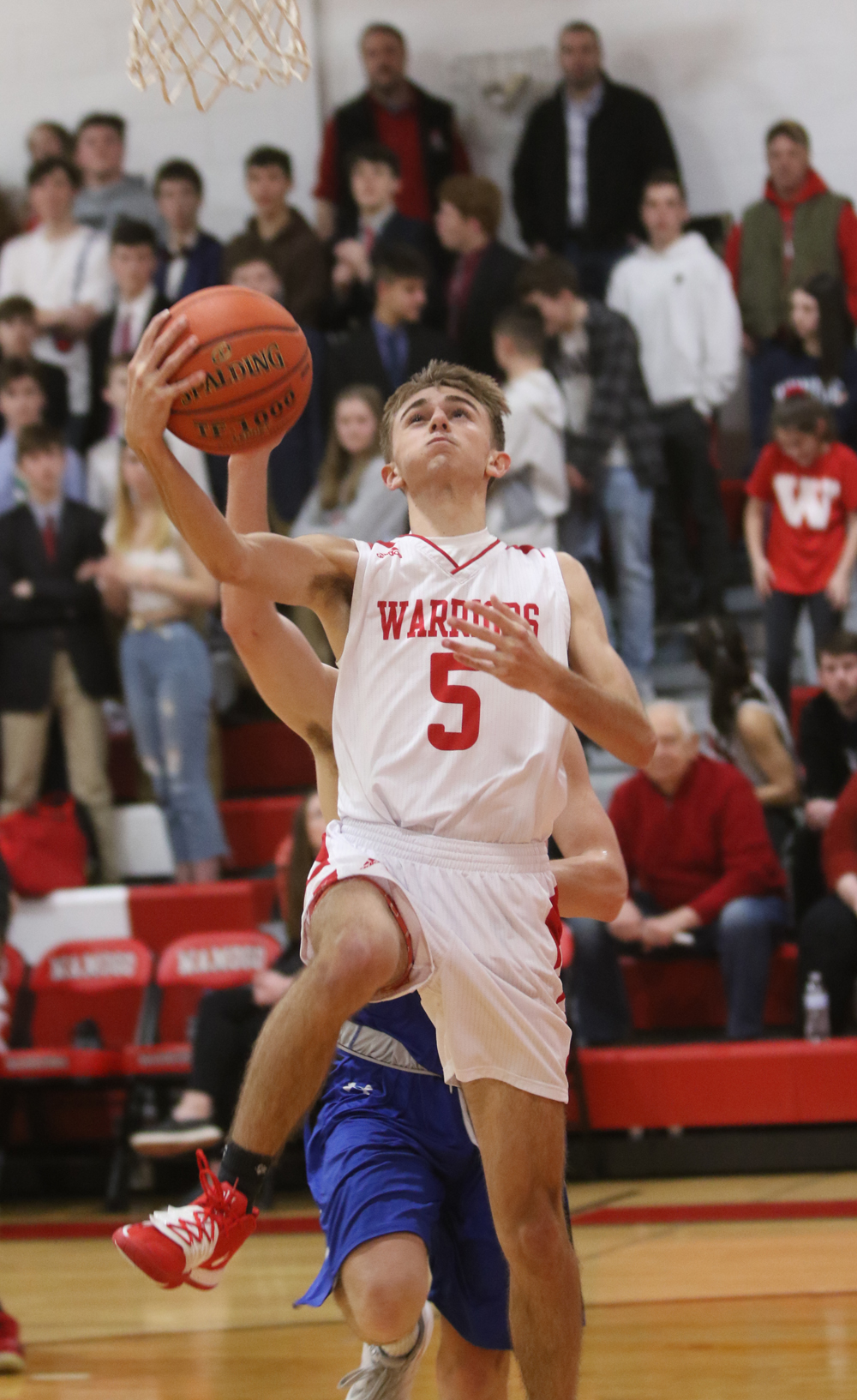 Matt Mazzarelli takes it strong to the basket for the Warriors. 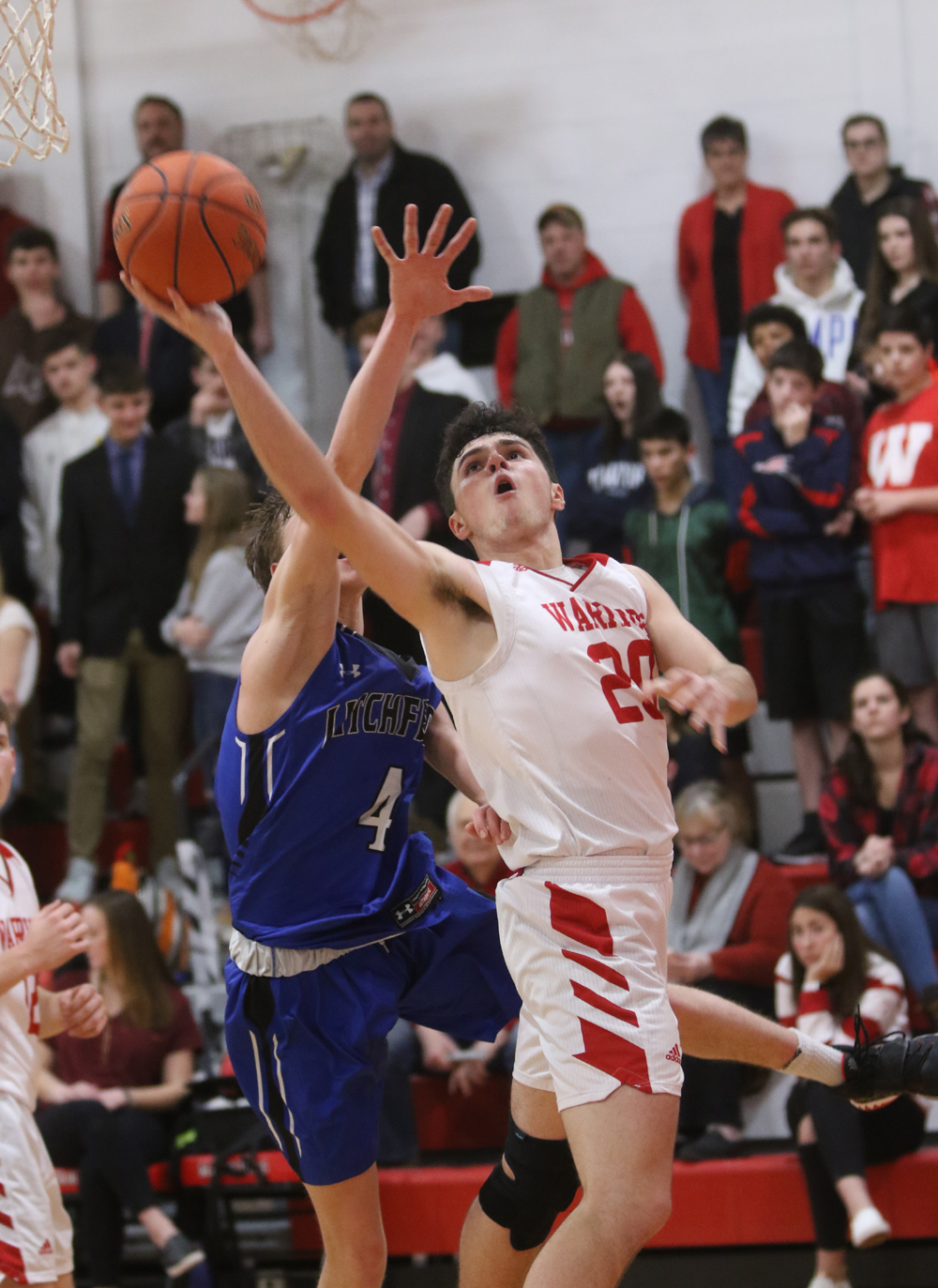 Ethan Collins gets past Daniel Dieck on his way to two of his 14 points for Wamogo. 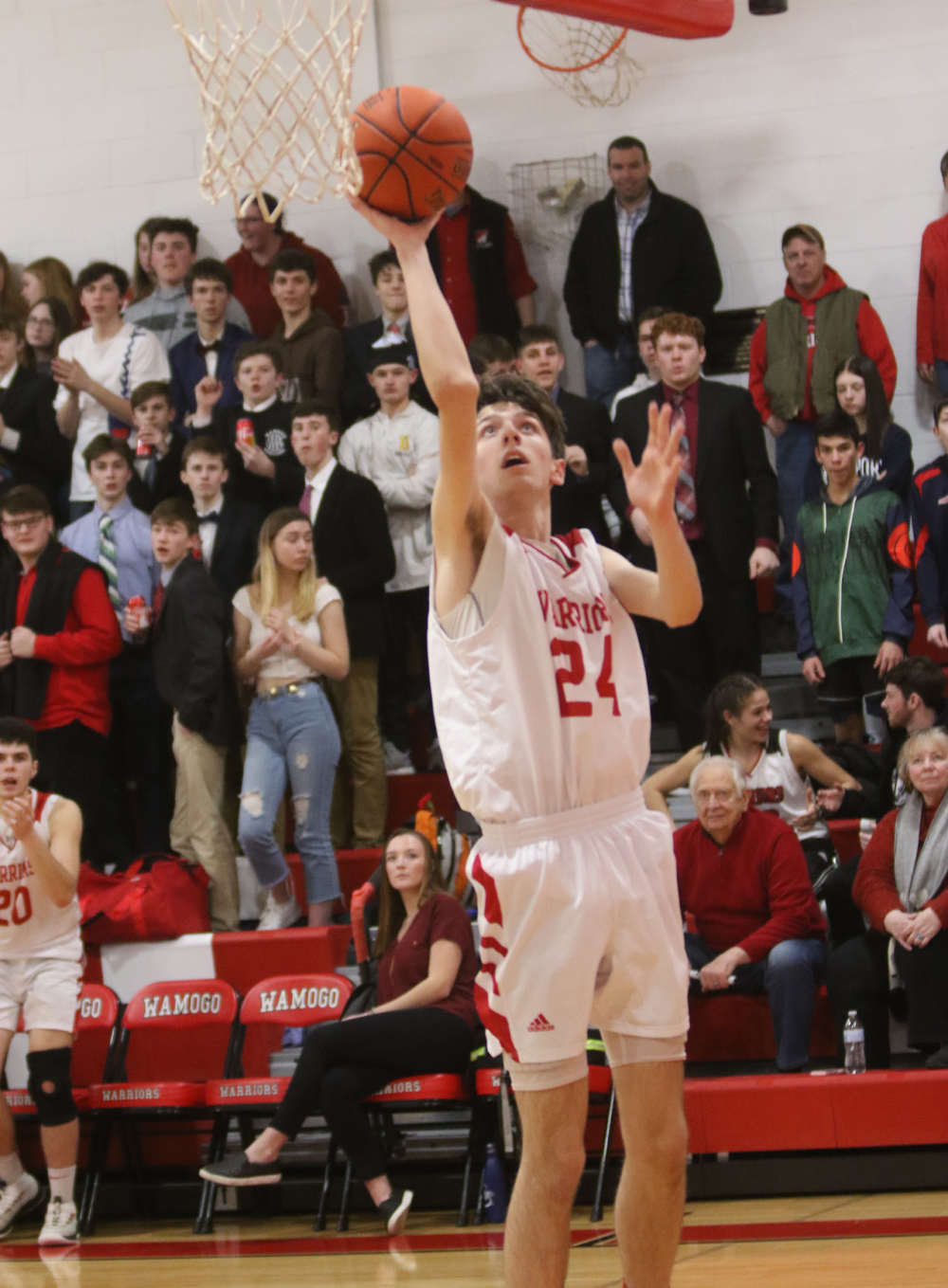 Seldom-used Jack King gets free for two of his four points. 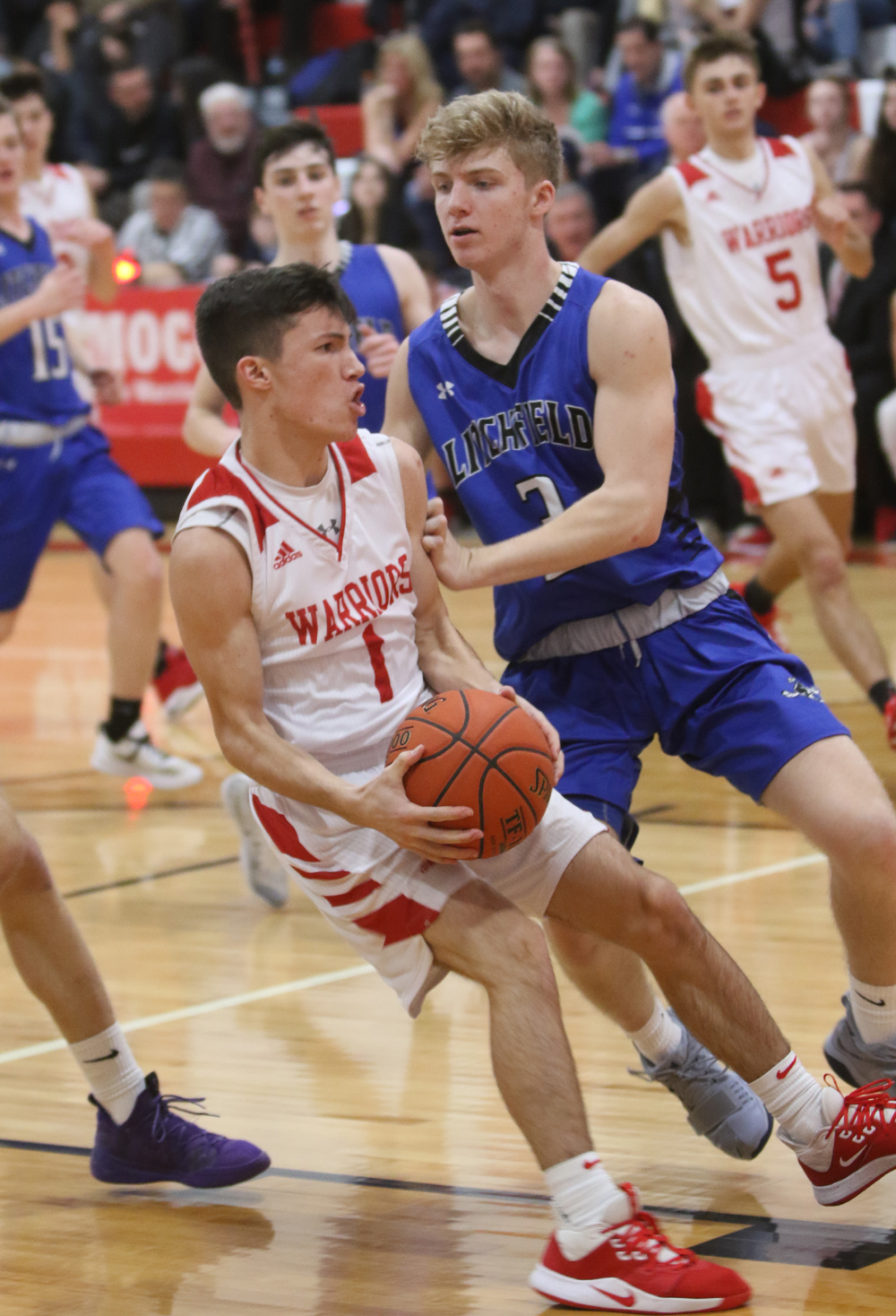 Colin Ferrer runs into the defense of Litchfield’s Matt Rousseau. 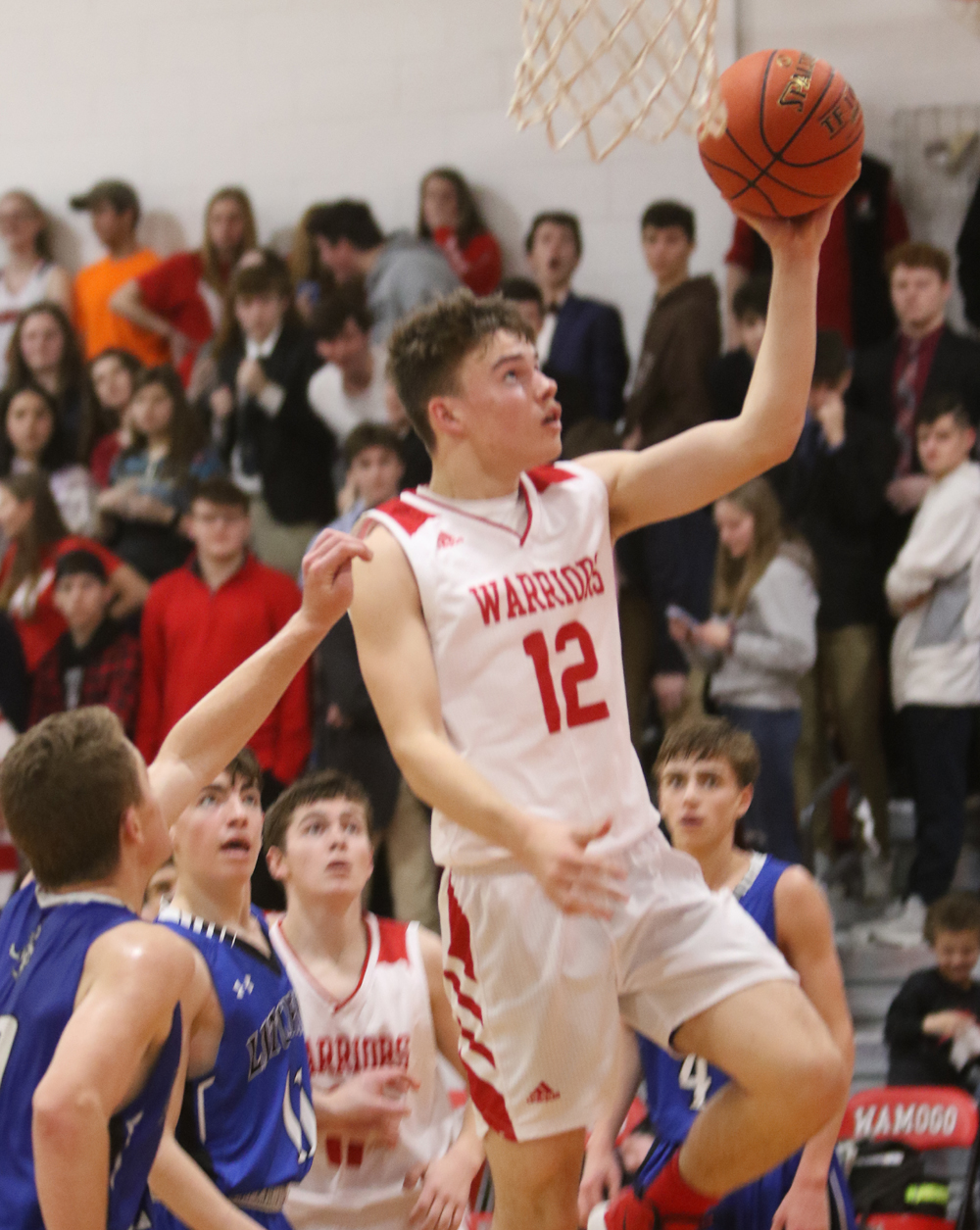 Charlie Coffey soars to the basket for two of his 12 points.