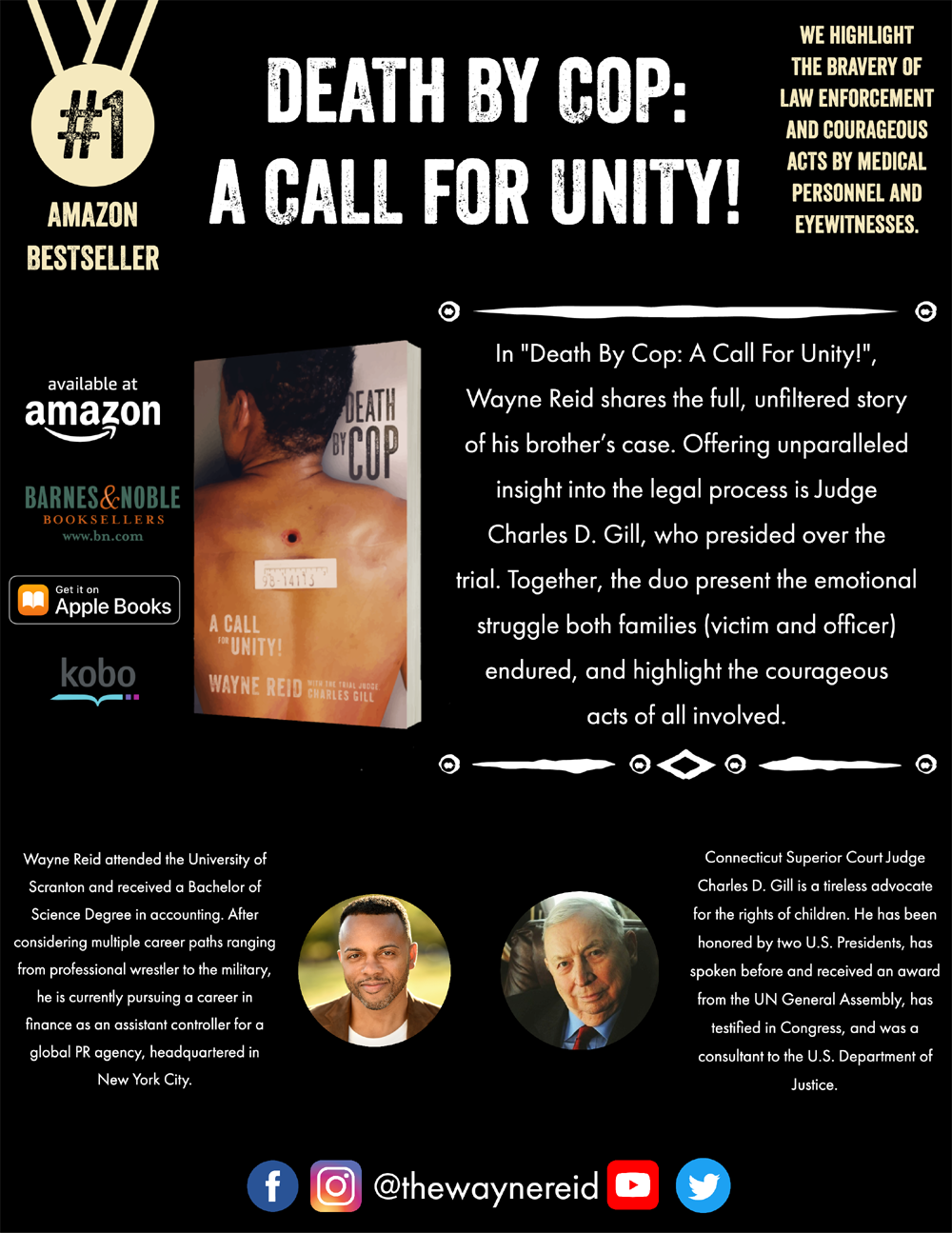 Retired Superior Court Judge Charles D. Gill of Litchfield will be at the Hickory Stick Bookshop in Washington Depot on Sunday at 2 p.m. to sign copies of the book he has co-authored, “Death By Cop: A Call For Unity,” with Wayne Reid of New Milford. The book details the fatal shooting of Reid’s brother, Franklyn Reid, by New Milford police officer Scott Smith in 1998 and the subsequent trial at Litchfield Superior Court in 2000. Judge Gill presided over the trial. The book, released in January, is already a best-seller on Amazon.