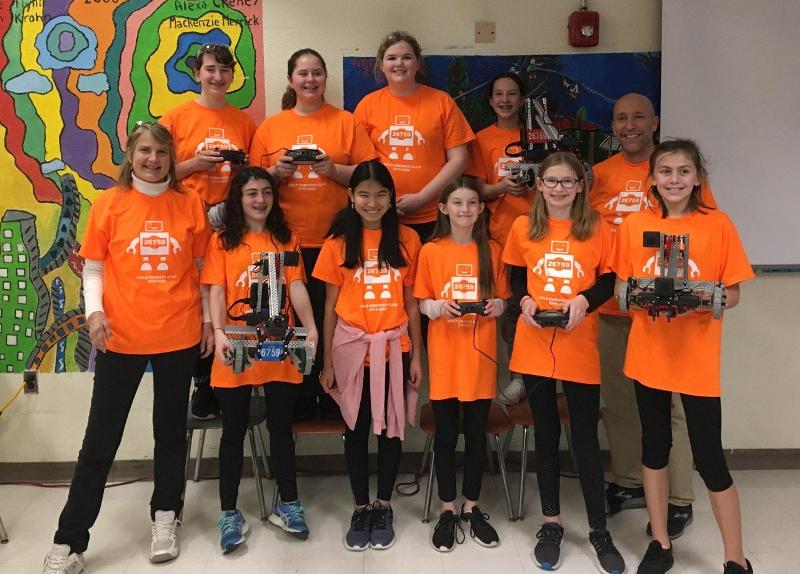 Seventh-graders Grace Thompson and Ivy Lillie and sixth-graders Dorothy Olmstead, Emma Strub and Addie Foss were in 10th place after the qualifying rounds and lost a close match in the first round of single-elimination competition.

The students have worked together as a team since November, meeting weekly to build and program their robots, problem solve through challenges, and in general, prepare to be serious contenders. Coaches Chris Thompson and Sanna Lillie have been outstanding mentors.

The team is sponsored by the Litchfield Education Foundation.