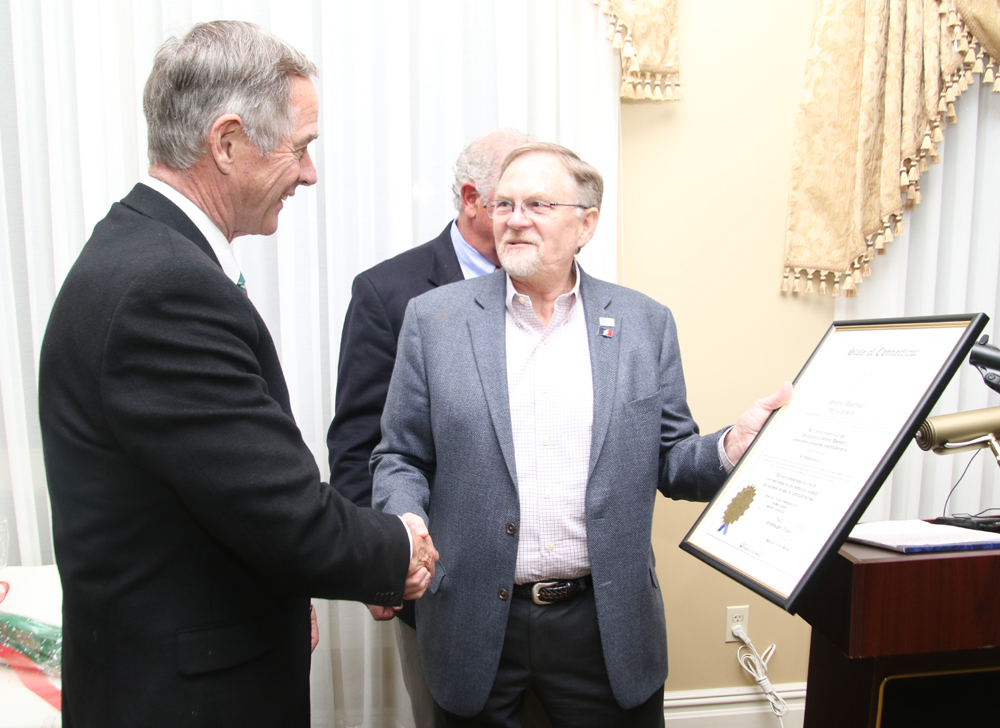 State Rep. David T. Wilson, R-Litchfield, on Saturday presents a citation to Donald Mayland recognizing him for his 27 years of service as chairman of the board of directors of Litchfield Bancorp. BZ photos

The board of directors of Litchfield Bancorp paid tribute to its former chairman Donald Mayland Saturday night at the Torrington Country Club.

Mayland, of Lakeville, was recognized for his 27 years of service as chairman and 41 years on the board by the bank’s chief operating officer Thomas Villanova (top photo) and state Rep. David T. Wilson, R-Litchfield, who also serves on the board. Mayland’s tenure on the board expired on Jan. 1. He has been succeeded as chairman by Jane Hinkel of Litchfield.

“This is a bittersweet moment, because it has been a wonderful 41 years,” Mayland said. “We’re very proud of the role of Litchfield Bancorp as a community bank.”

Villanova, CEO for seven years, praised Mayland for his leadership style and encouragement of creativity that has allowed the bank to increase its assets to $255 million. Wilson, meanwhile, presented Mayland with a citation from the legislature praising him for his service on the board.

It was during Mayland’s tenure as chairman that Litchfield Bancorp became part of the Connecticut Mutual Holding Co. with Collinsville Bank in Canton and Northwest Community Bank in Winsted. The partnership allows the banks to share resources and create efficiencies benefiting their customers.

The key to Litchfield Bancorp’s success is the quality of its employees, according to Mayland.

“We’ve been blessed to have incredible people at the bank and that made it easy for me to keep going,” he said.

Hinkel, a member of the board for 25 years, was elected to succeed Mayland. She said Mayland has been an outstanding mentor to her and has made the transition in leadership seamless. 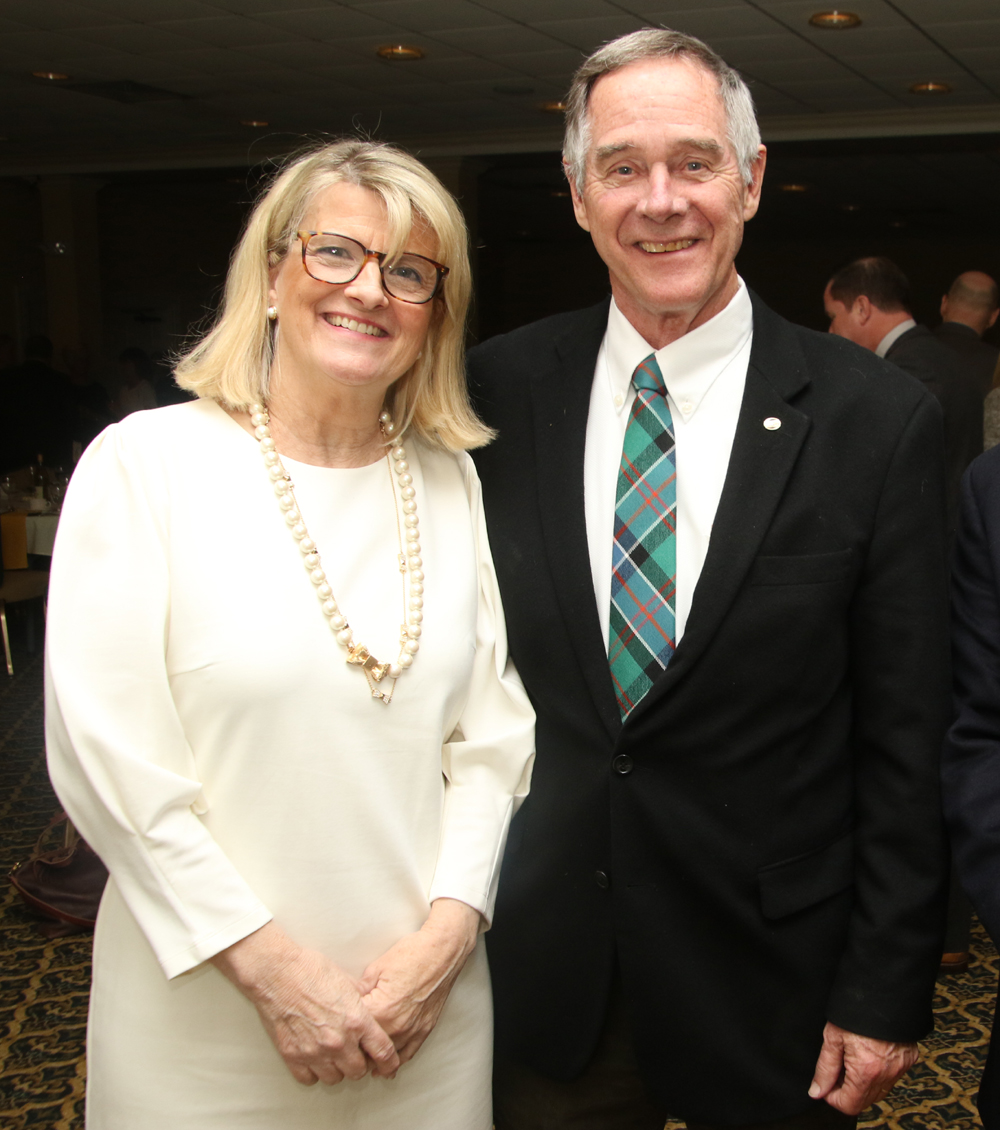