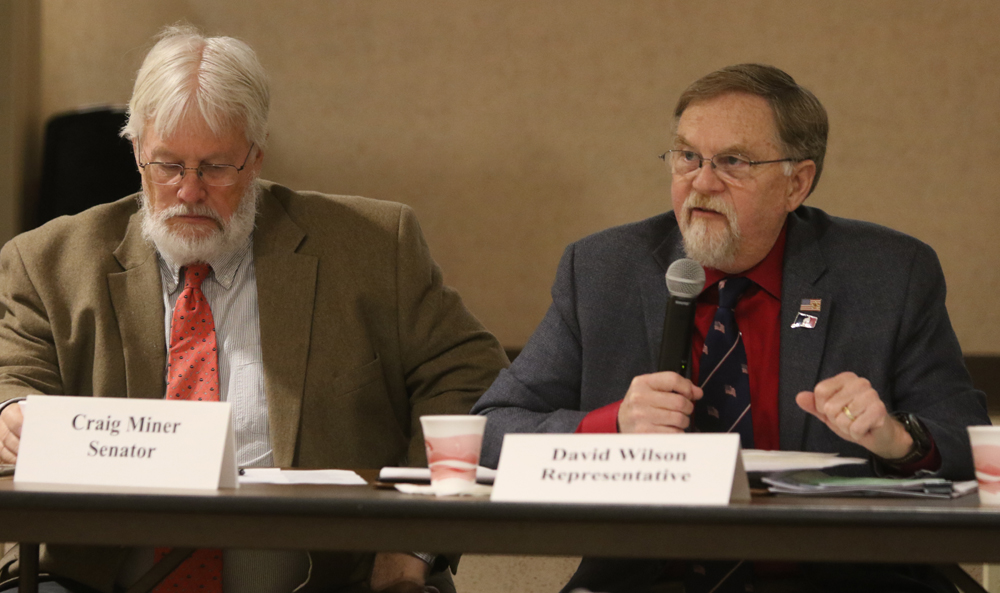 Litchfield-area representatives at the Capitol in Hartford have been making the rounds this week meeting with local elected officials and constituents as they prepare for the opening of s short legislative session Feb. 5. State Rep. David T. Wilson, R-Litchfield, above right, and state Sen. Craig Miner, left, are shown during their meeting with the Northwest Hills Council of Governments at EdAdvance in Litchfield on Monday.

Below, Miner, right, discusses issues with Goshen First Selectman Robert P. Valentine, left, and Rick Duffy, center, of Litchfield, during a community meeting at Bantam Borough Hall on Tuesday. State Rep. John Piscopo, R-Thomaston, who represents Northfield, attended both meetings. A proposal to place trucks-only tolls at 12 highway locations in the state was a major topic of discussion at both meetings. Miner, Wilson and Piscopo all oppose the proposal and favor a GOP alternative that calls for funding infrastructure improvements without tolls.

The proposal will be presented during a public meeting in Hartford on Friday and legislators might be called in for a special session on Monday and Tuesday to consider approving the plan that has been issued by Gov. Ned Lamont and Democratic legislative leaders. BZ photos 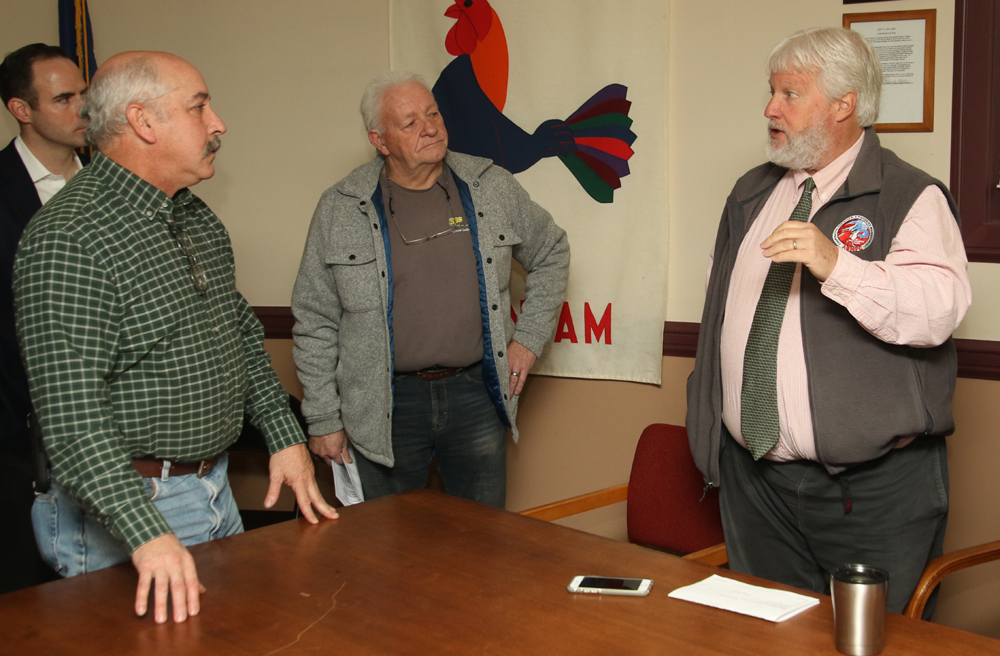