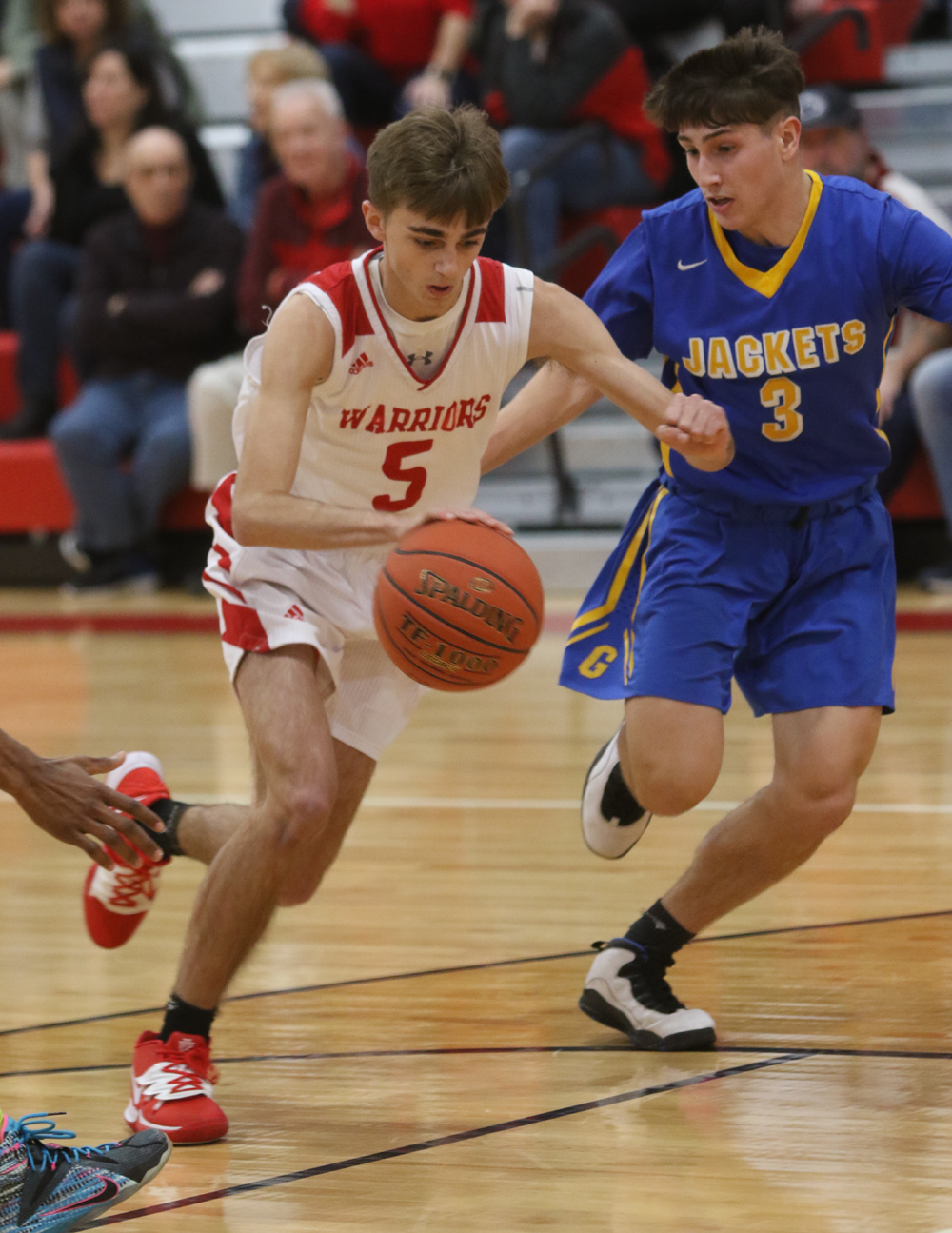 Wamogo’s running game hit full speed in a 77-59 win over Gilbert on Friday that moved the Warriors to 7-1 in the Berkshire League and 8-3 overall.

Coach Gregg Hunt’s club set the tone in the first quarter by outscoring Gilbert 23-12 and letting the Yellow Jackets know they were in for a long evening.

Fueling their offense with defensive pressure, the Warriors kept running in building a 38-21 lead as they completed one of their best first-halves of the season.

Gilbert settled down in the second half and matched Wamogo nearly point for point, but by then the outcome was not in doubt.

It was another balanced scoring effort by the Warriors, who were led by Ethan Collins with 22 points. Matt Mazzarelli provided a spark off the bench with 17 points, Charlie Coffey had 13, Eric Odenewalder 10, Ben Roy 8 and Cole Higgins 7. 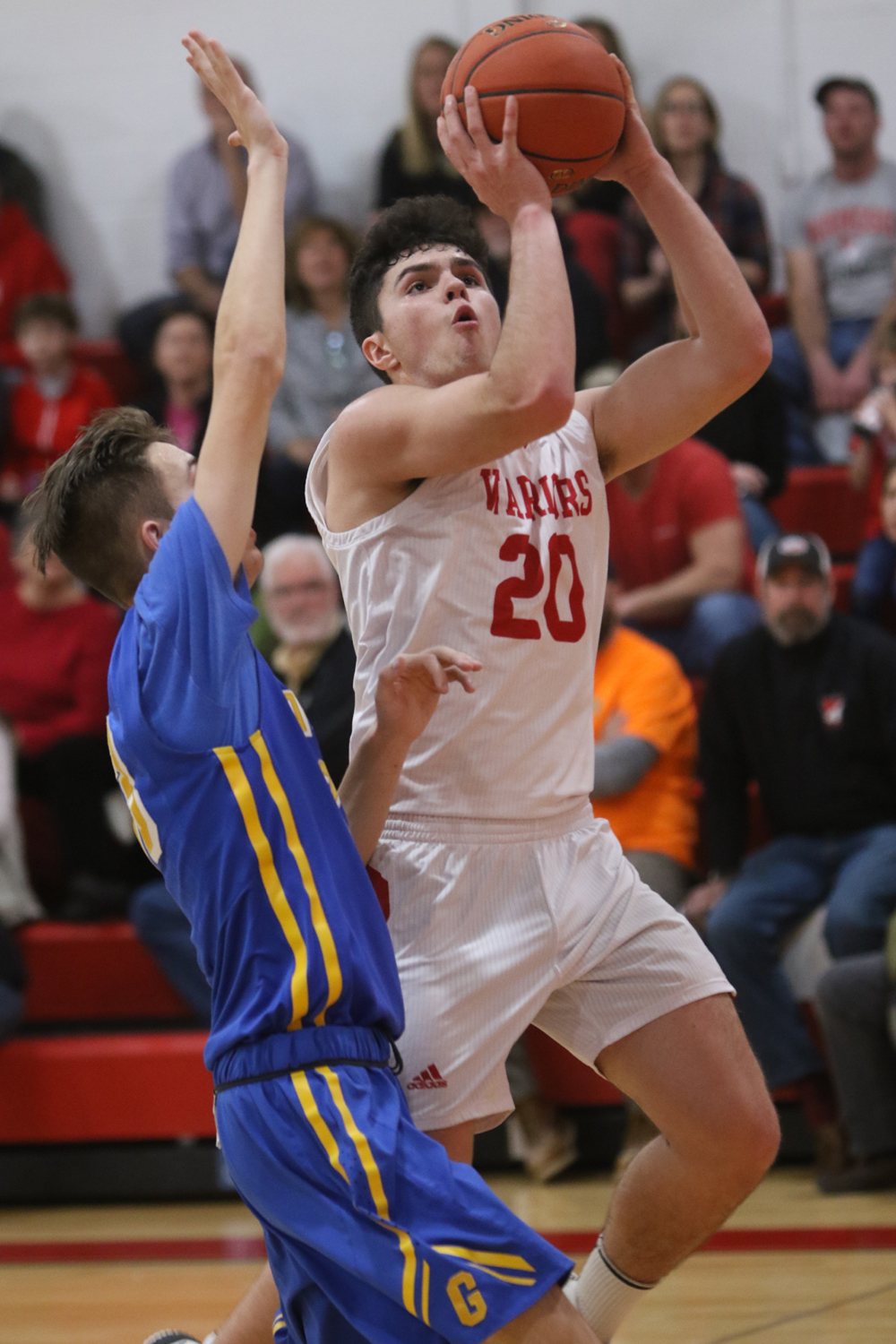 Ethan Collins rises on the way to two of his team-high 22 points. 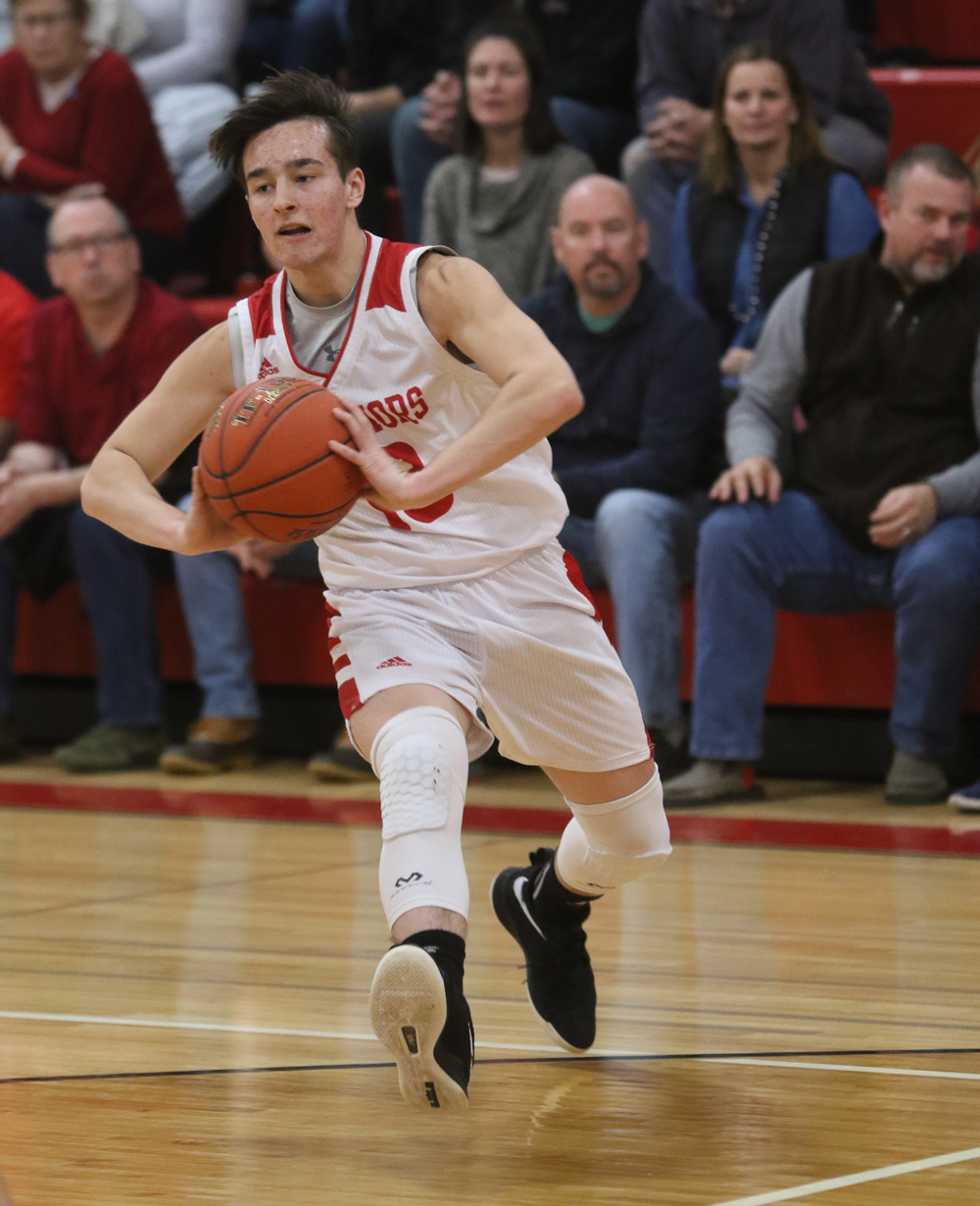 Ben Roy prepares to deliver a bounce pass to a cutting teammate. 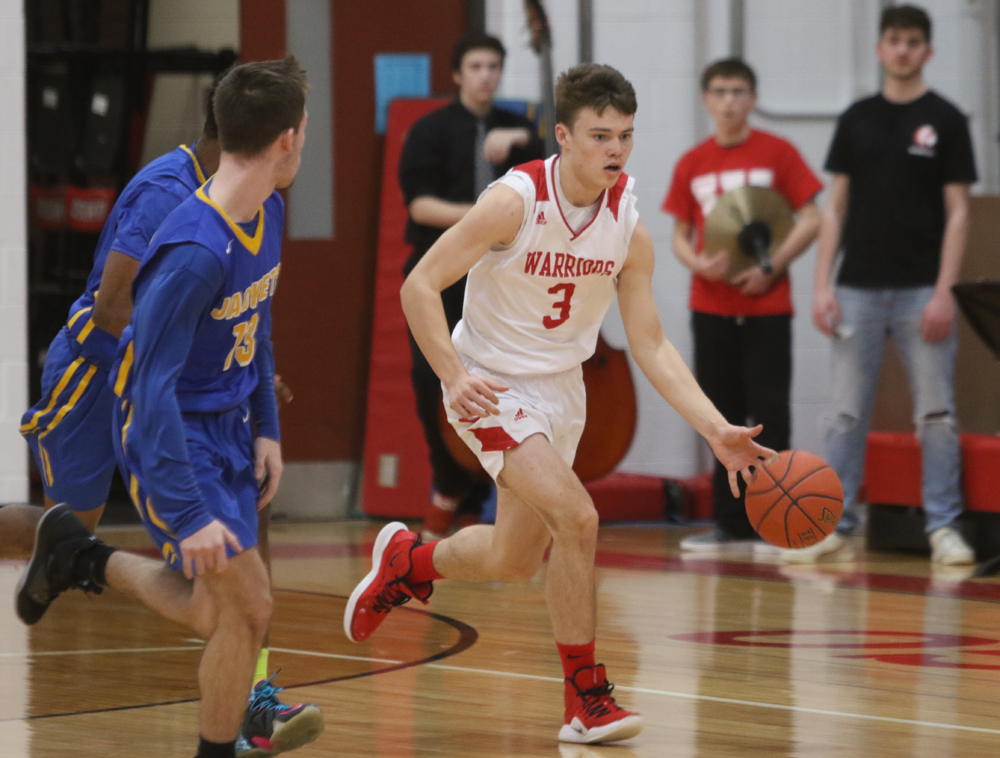 Charlie Coffey pushes the ball on one of his team’s many fast breaks. 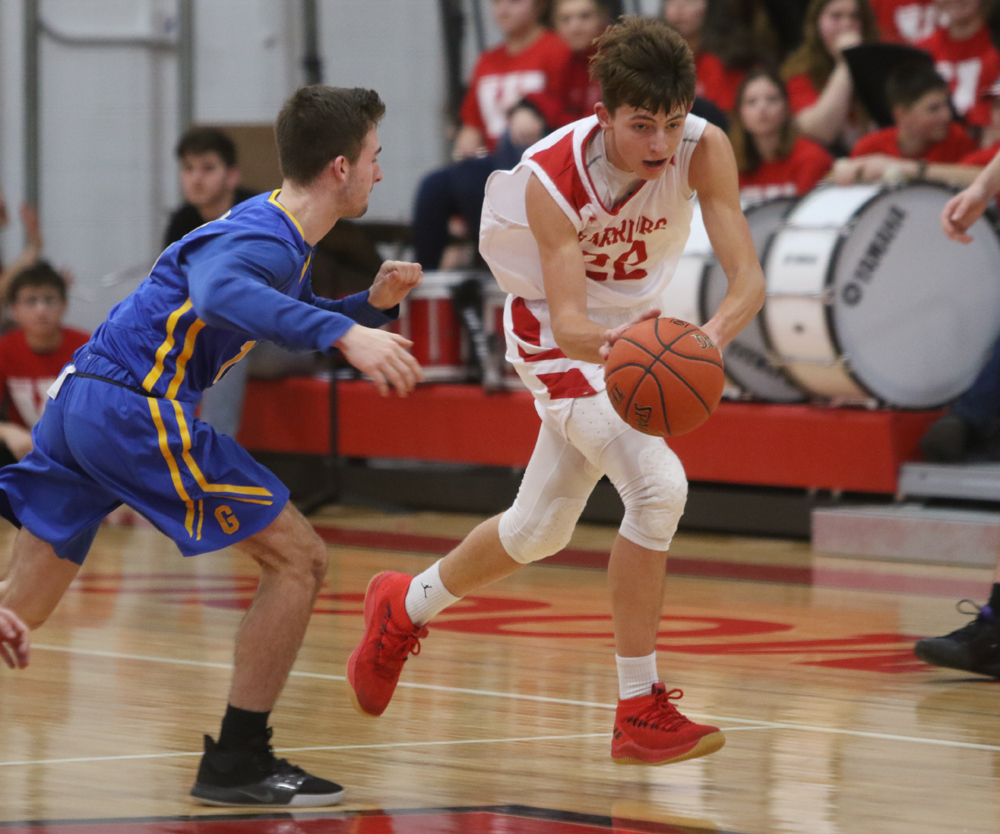 Eric Odenwaelder picks up a head of steam in transition. 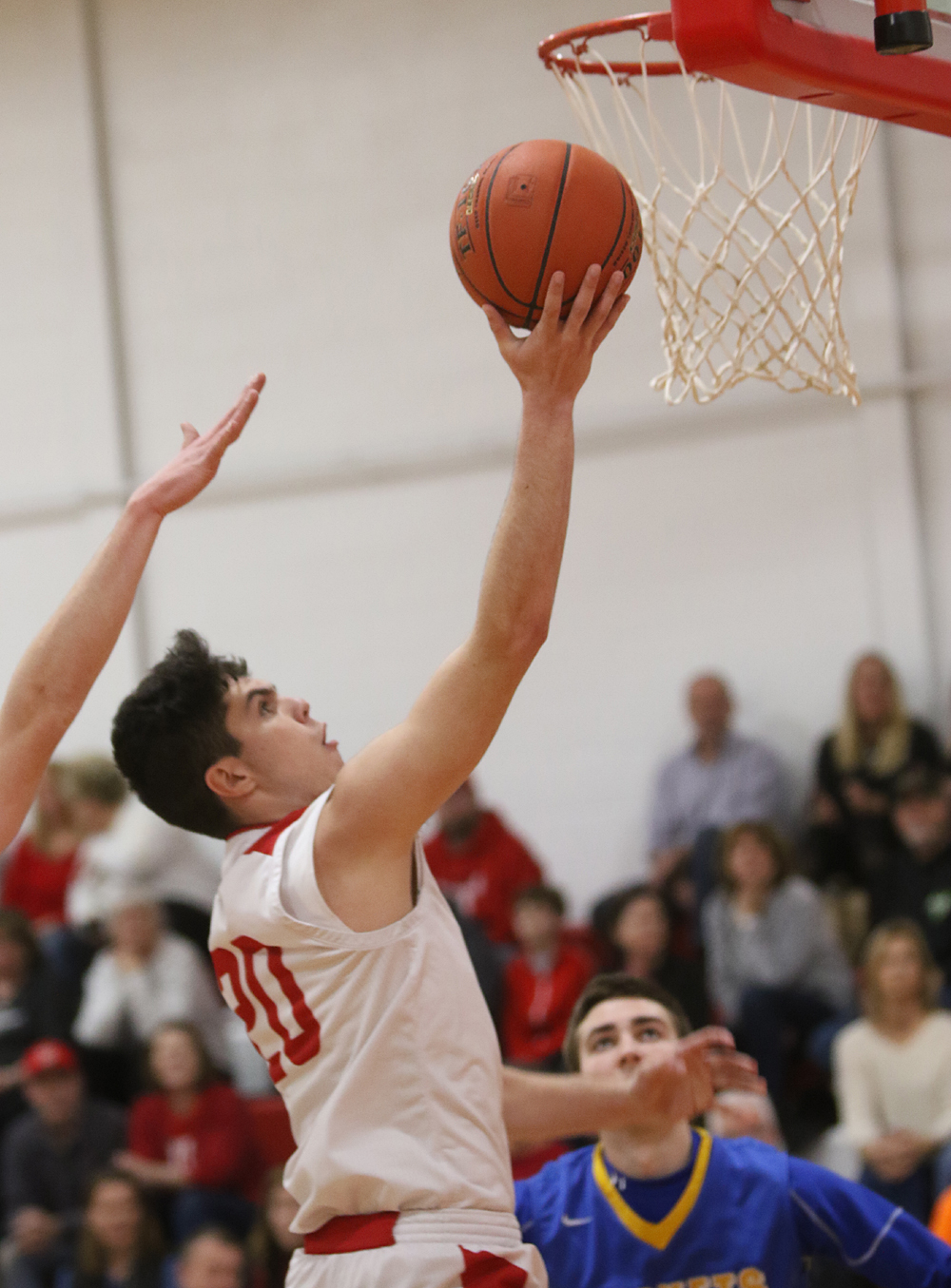 Another two-point drive by Ethan Collins.