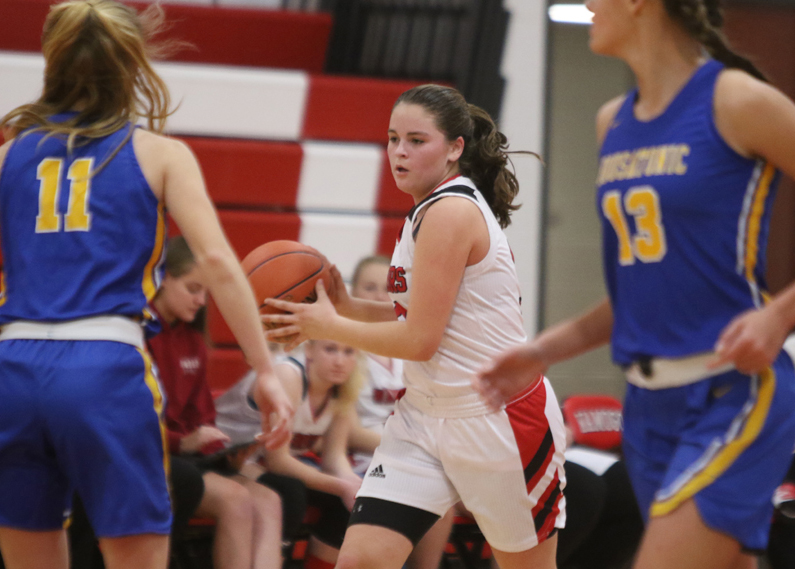 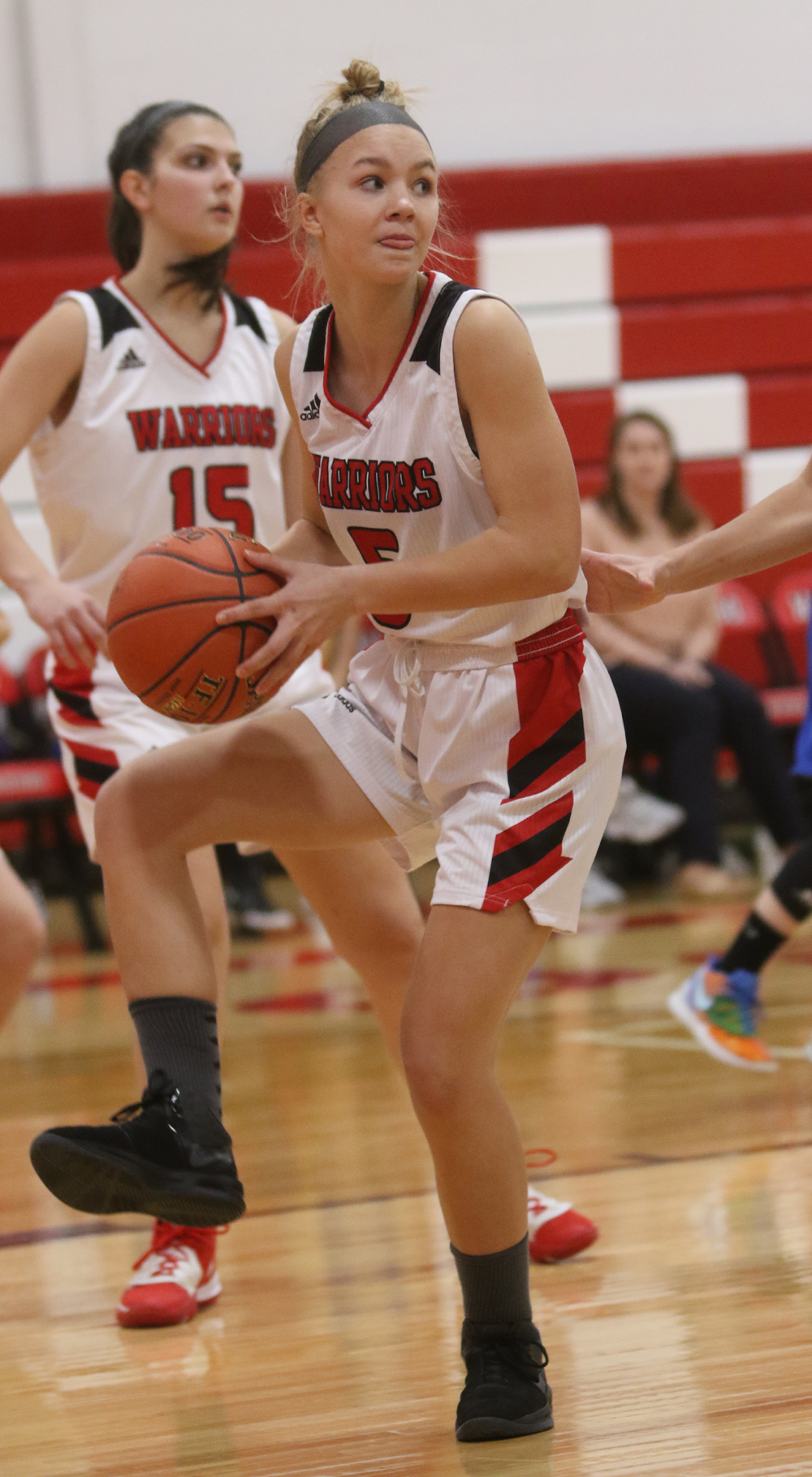 One of the best efforts of the season by Wamogo’s girls basketball team wasn’t enough on Tuesday as the Warriors couldn’t pull off an upset against Housatonic.

Playing without leading scorer Samantha Sylvester, Wamogo fought hard in a 42-38 loss. The Warriors fell to 2-9, while Housatonic moved to 6-4.

Wamogo led 14-8 after one quarter and 20-19 at halftime and although it gave up the lead in the third quarter, stayed close until the end. Justine Lago and Paige Mitchell, with 14 and 13 points, respectively, were huge for the Warriors. Mitchell drained four three-point field goals. Jona Mucka (seven points), Juli Weik and Samantha Brady also played well in defeat. Weik ripped down 10 rebounds to lead her team. 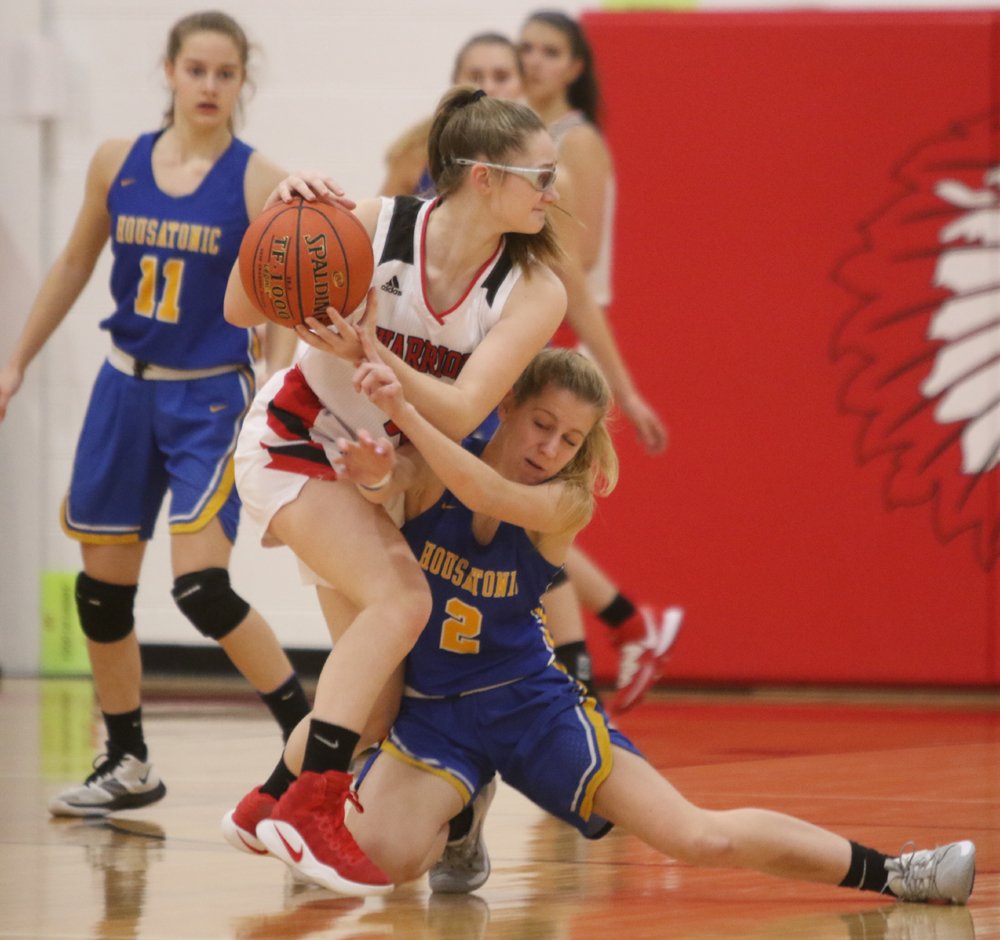 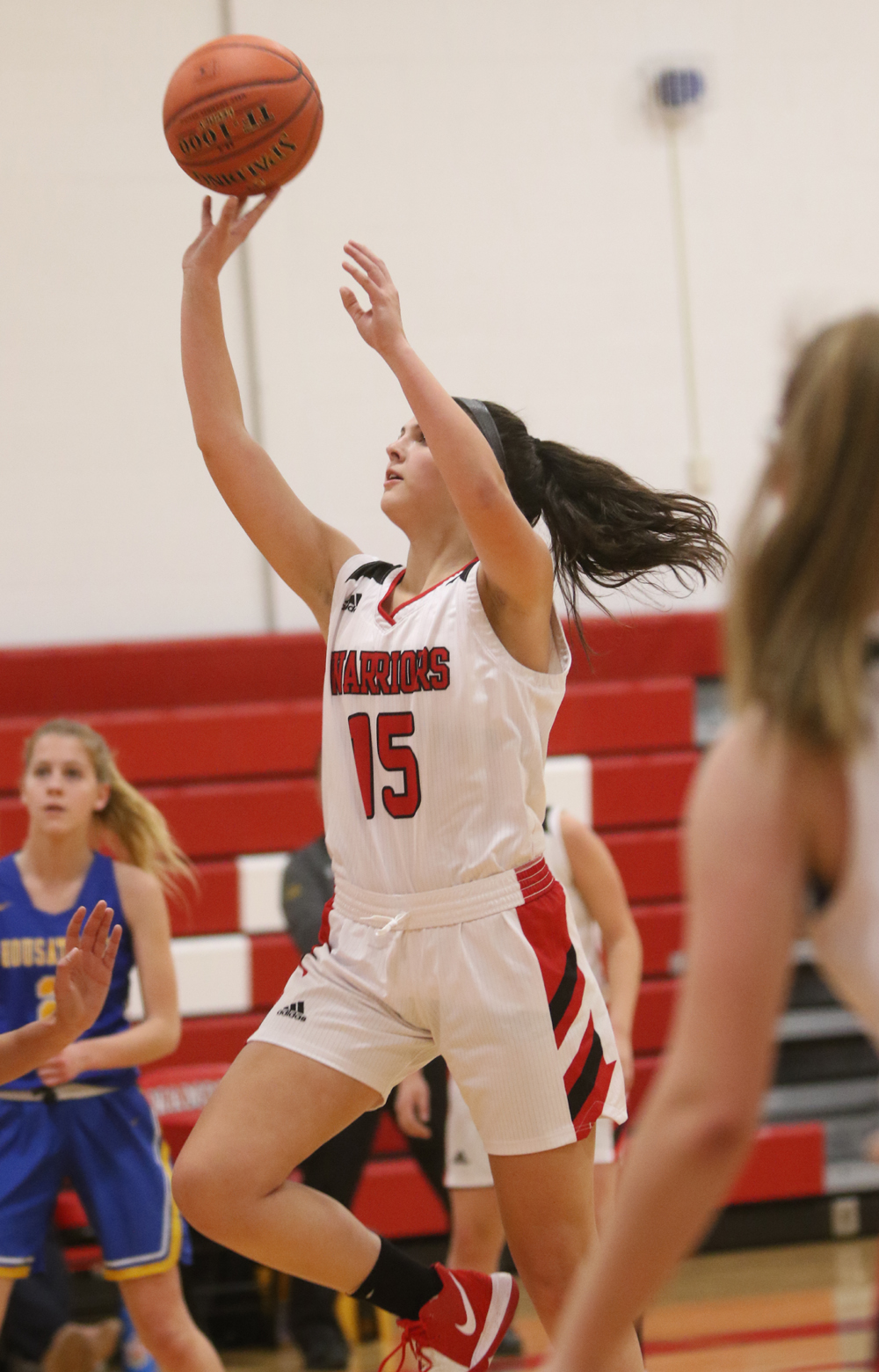 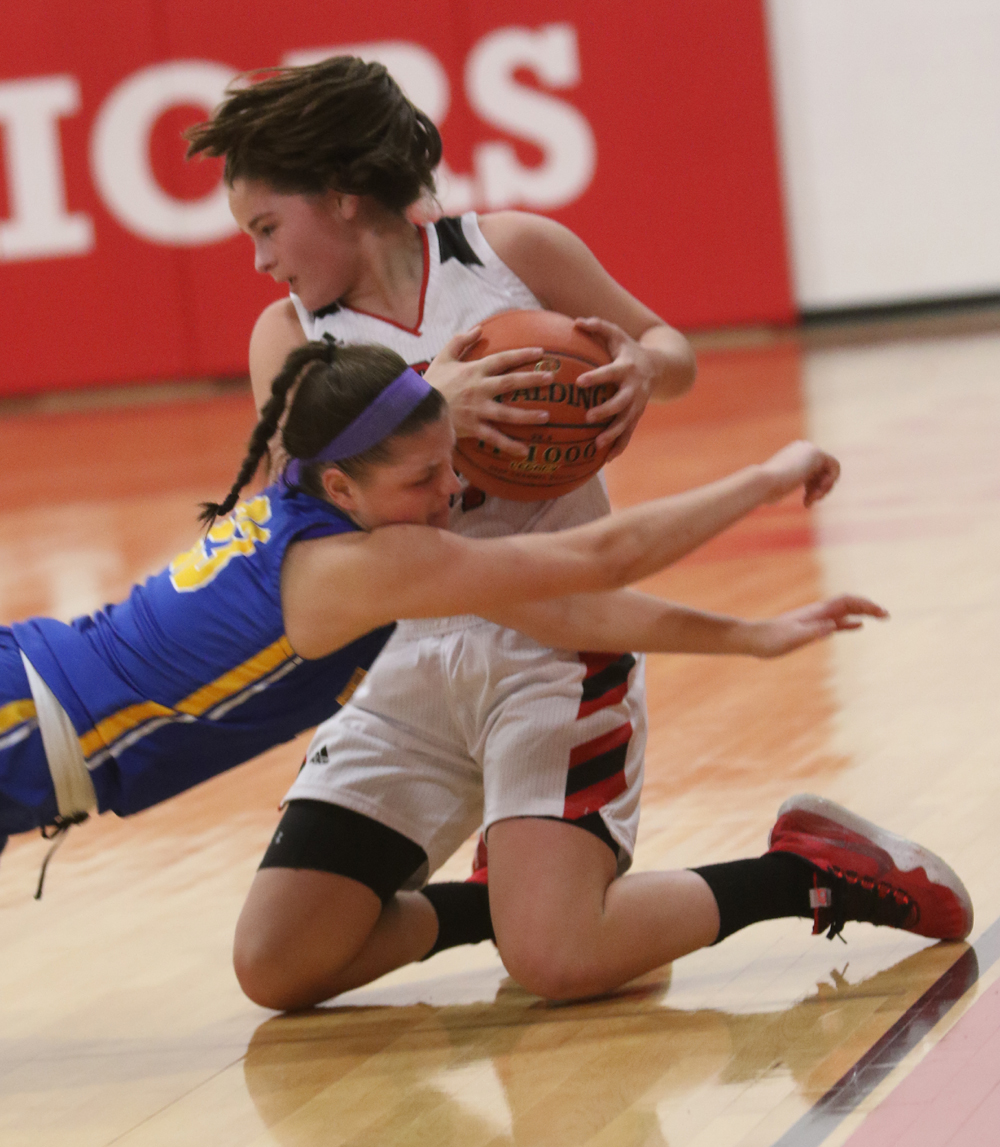 Juli Weik gets to a loose ball first. 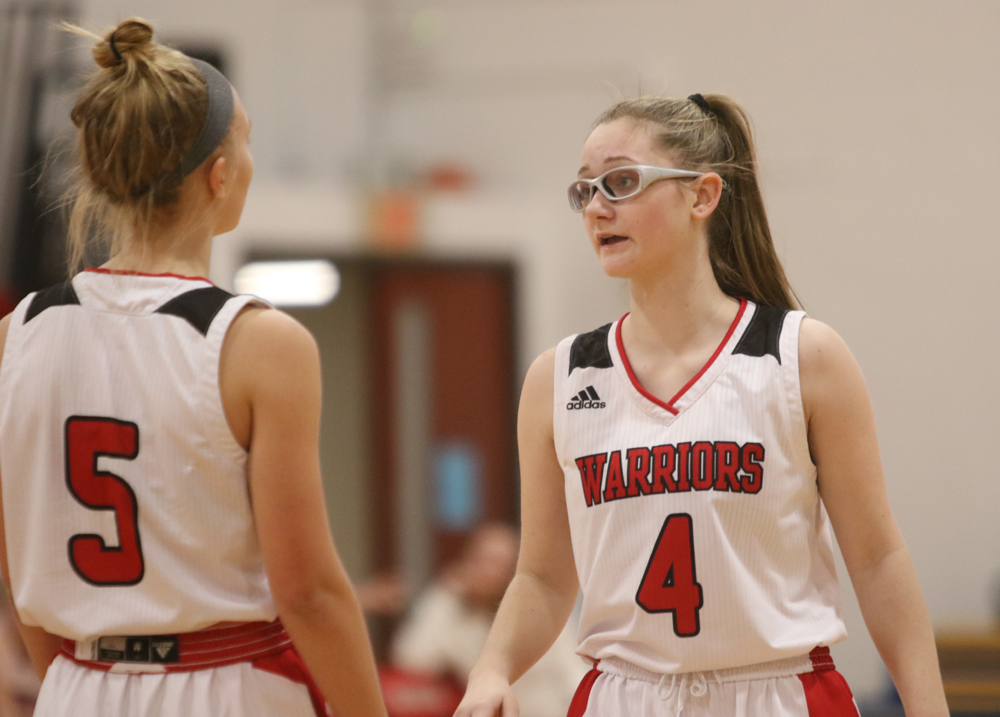 Paige Mitchell, right, and Samantha Brady confer during a break in play. 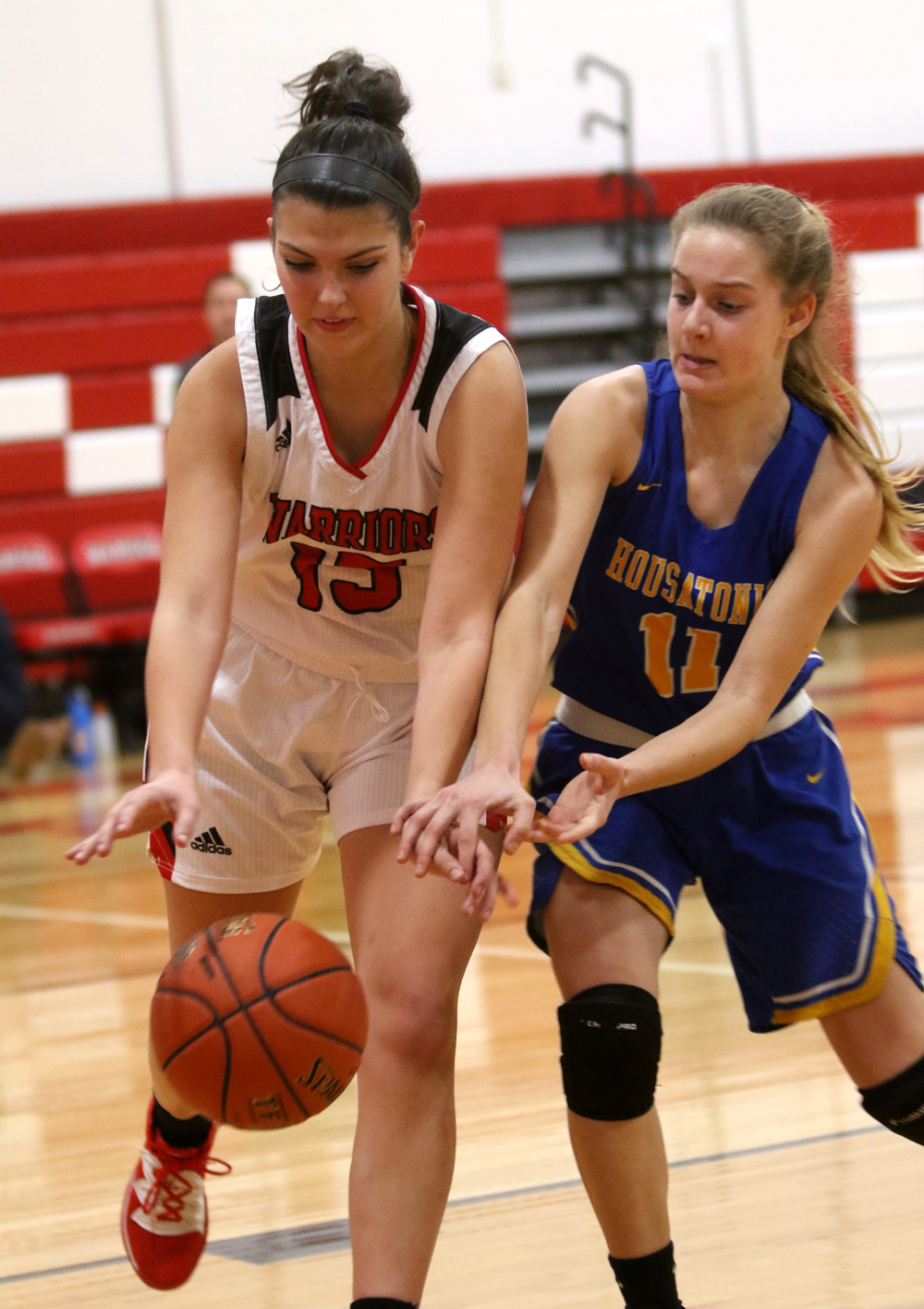