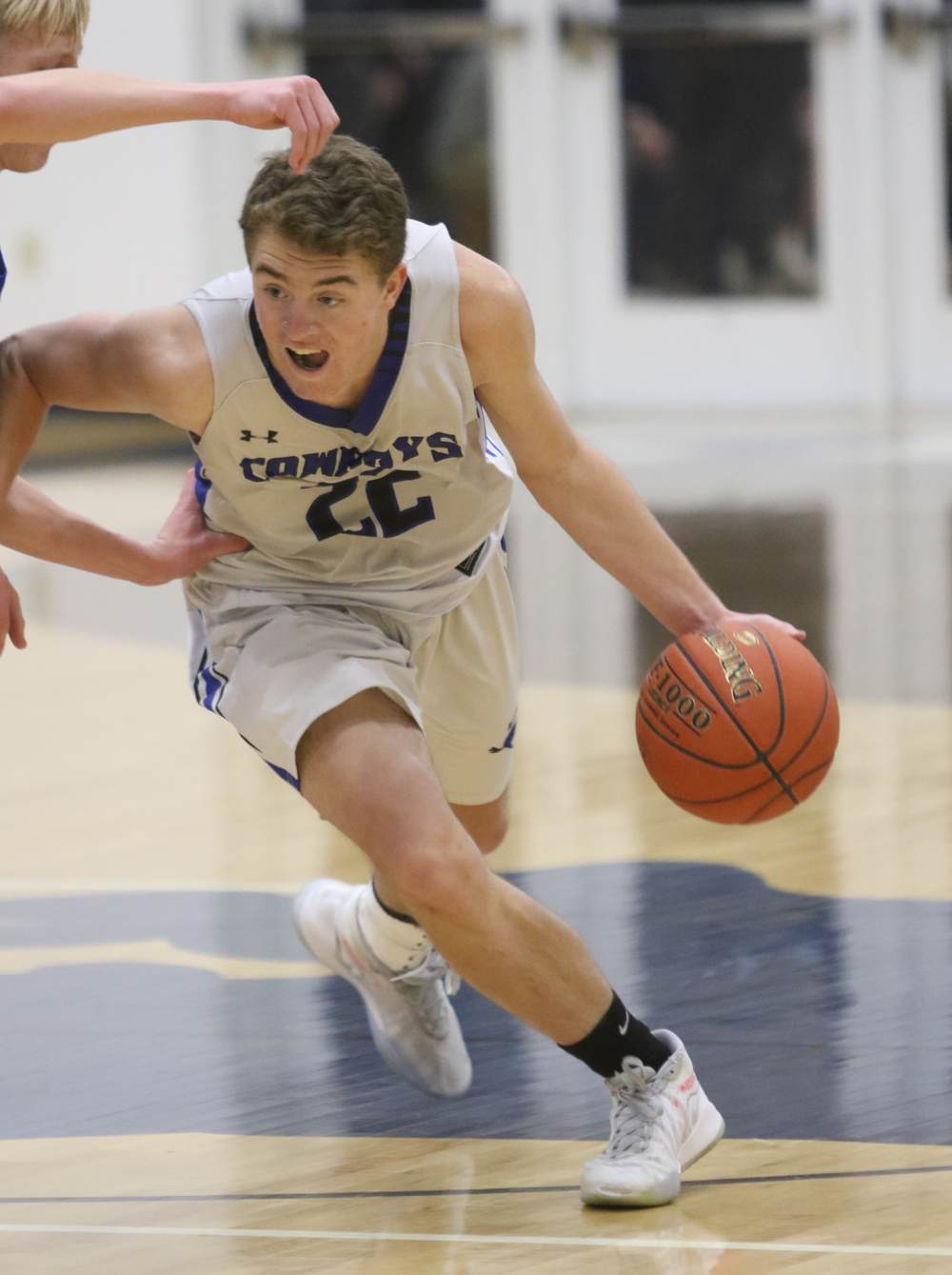 Former Berkshire League foe Lewis Mills received just the kind of greeting Litchfield coach Dan Goscinski was hoping for on Tuesday when the Spartans returned for a non-league game against a Cowboys team starving for a win.

Litchfield took charge early and put Mills away in the second half to net a 67-50 win that should provide some much-needed momentum heading into Friday’s home game against Shepaug. The Cowboys are 3-6 approaching the midway point of the regular season.

“This was a game we circled on the calendar as one we needed to win,” Goscinski said. “With a key game on Friday, we had to take care of business tonight.”

A balanced scoring attack led by Evan Fischthal’s 18 points kept the Cowboys in control from start to finish against a Mills team that has been taking its lumps in the larger Central Connecticut Conference. The Spartans are 2-7.

A big game for Crapo

Zajans Crapo, in his best game of the season, was a force with 13 points, the same point total Daniel Dieck produced. Matt Rousseau also reached double figures with 12 points.

The effort pleased Goscinski, whose team has been extremely competitive in most games.

“Tonight they did a good job of bringing what we do in practice every day into the game,” the coach said. “We have a great group of kids who work very hard but haven’t gotten the results they deserve, so we’ll keep at it and hopefully it will lead to a better second half of the season.” 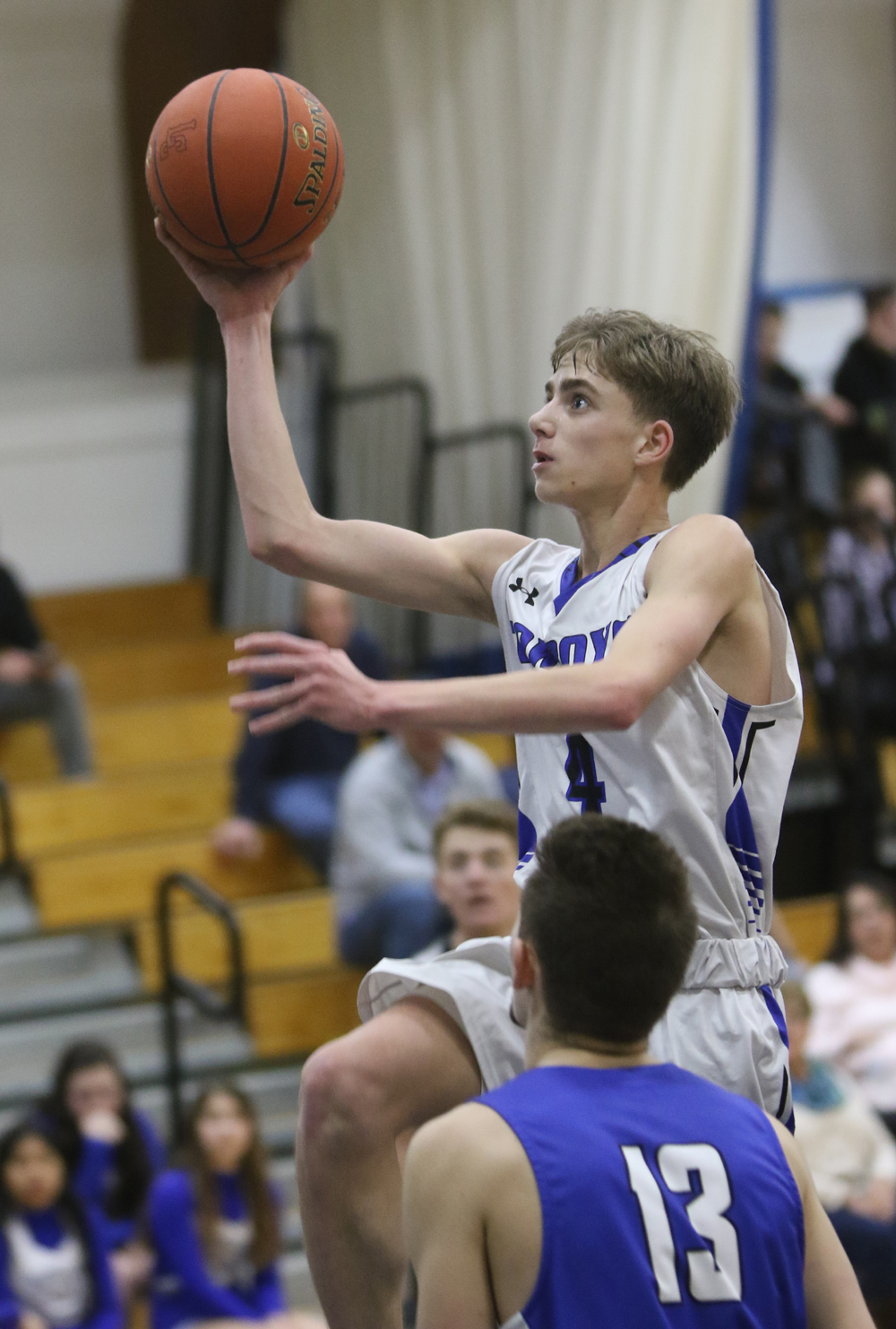 Daniel Dieck soars over the Mills’ defense on the way to two of his 13 points. 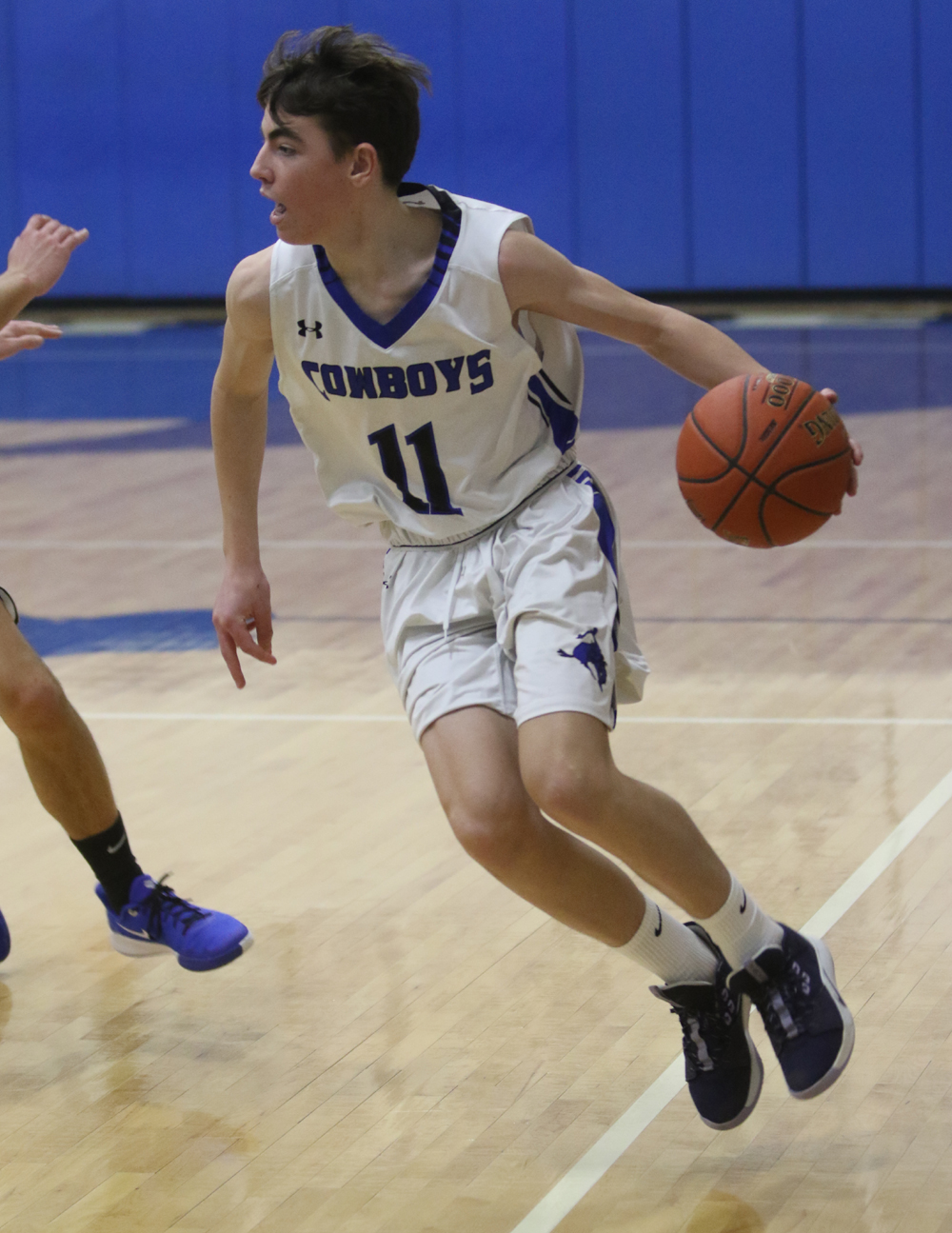 Harrison Barnes looks to make his move from the wing.