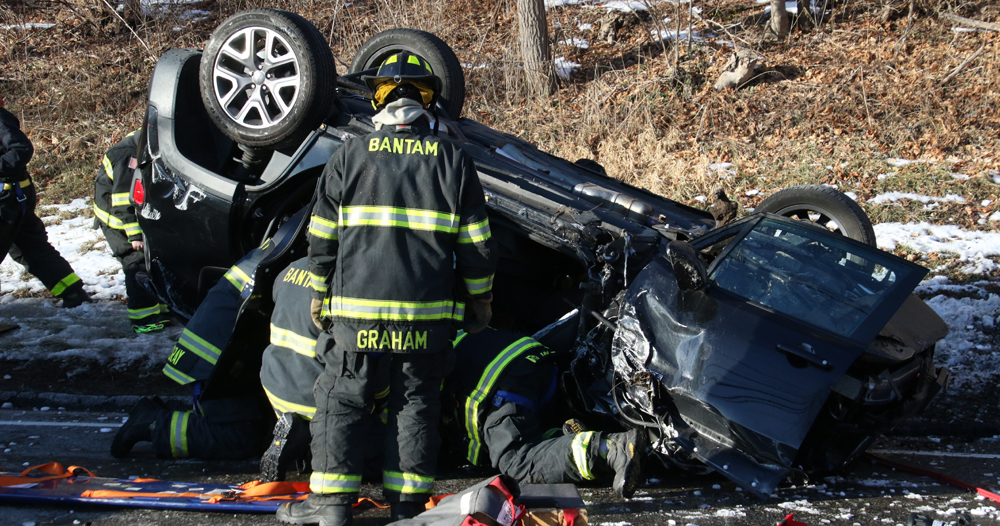 The curve on Route 202 in front of Litchfield Hills Fitness in Litchfield was the scene of a serious accident on Tuesday that sent two motorists to the hospital.

A Lexus sedan driven by Jenifer Kelly, 55, of 128 South Kent Road, Kent, and a Jeep Latitude driven by William Vasu Jr., 78, of 33 Woodruff Lane, Litchfield, collided on the curve at 2:45 p.m. Bantam and Litchfield volunteer firefighters, emergency medical services personnel and state and Litchfield police responded to the crash. The drivers were the only occupants of the vehicles.

Vasu, according to state police, was traveling west when he crossed the center lines and collided with Kelly’s eastbound vehicle. Vasu’s Jeep flipped onto its roof after the impact and ended up in the westbound lane. Vasu, held in place by his seat belt, required extraction by Bantam Fire Company firefighters. Kelly was also wearing a seat belt and was helped out of her car by Litchfield Fire Company firefighters and emergency medical services personnel. Airbags in both vehicles deployed, state police said.

Vasu and Kelly were transported by Bantam Fire Company ambulances to Waterbury Hospital for treatment of possible injuries. Vasu was charged with failure to keep right on a curve, according to state police. 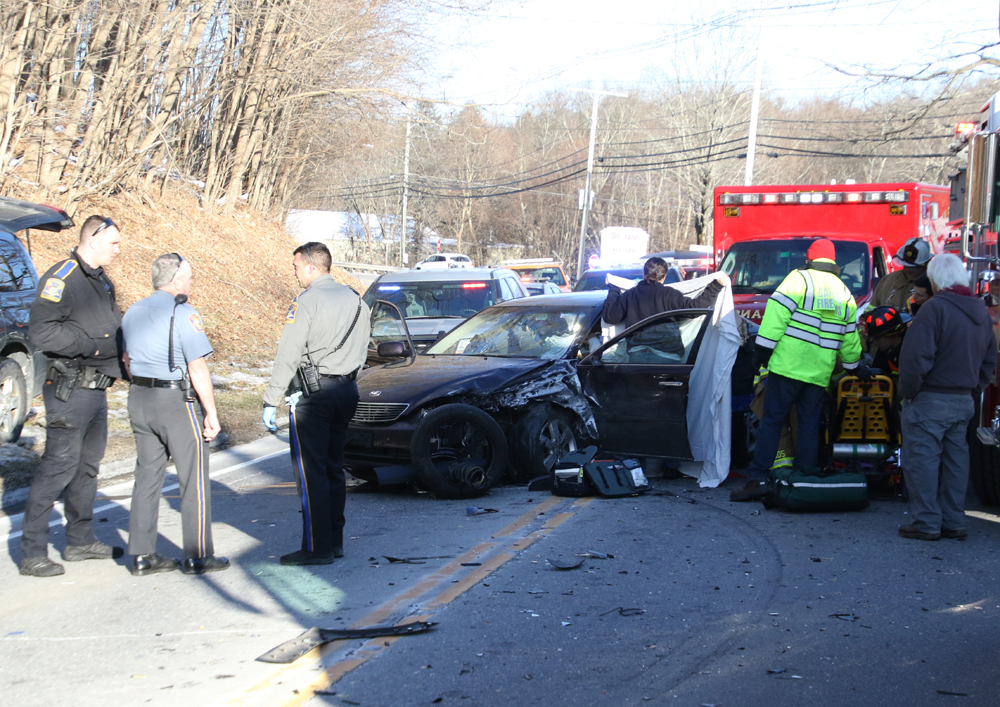 Emergency services personnel work to remove the driver of the Lexus from the car. 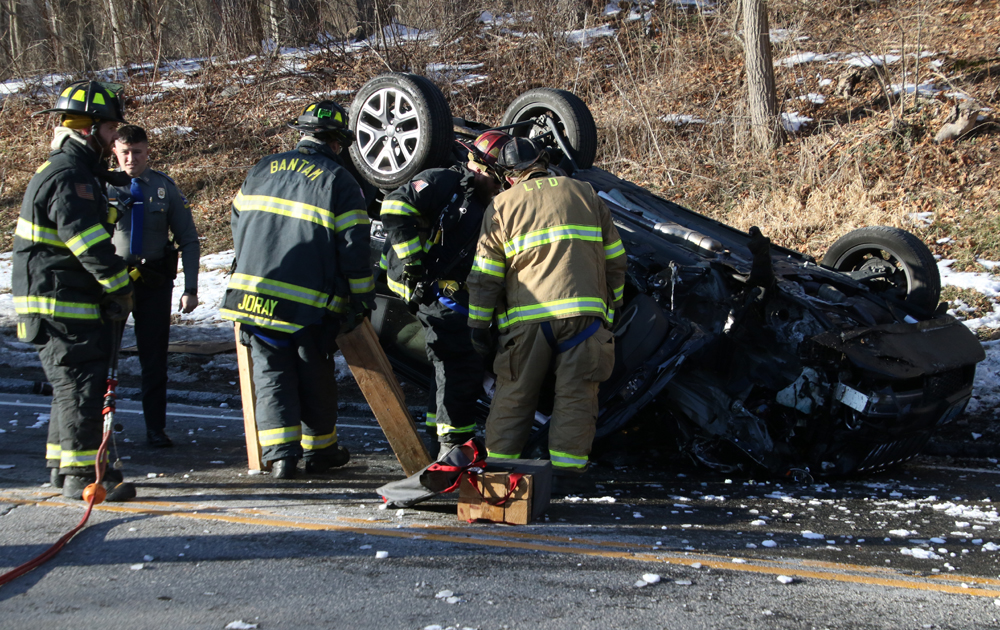 Firefighters begin working to pull the driver of the Jeep Latitude from the vehicle. 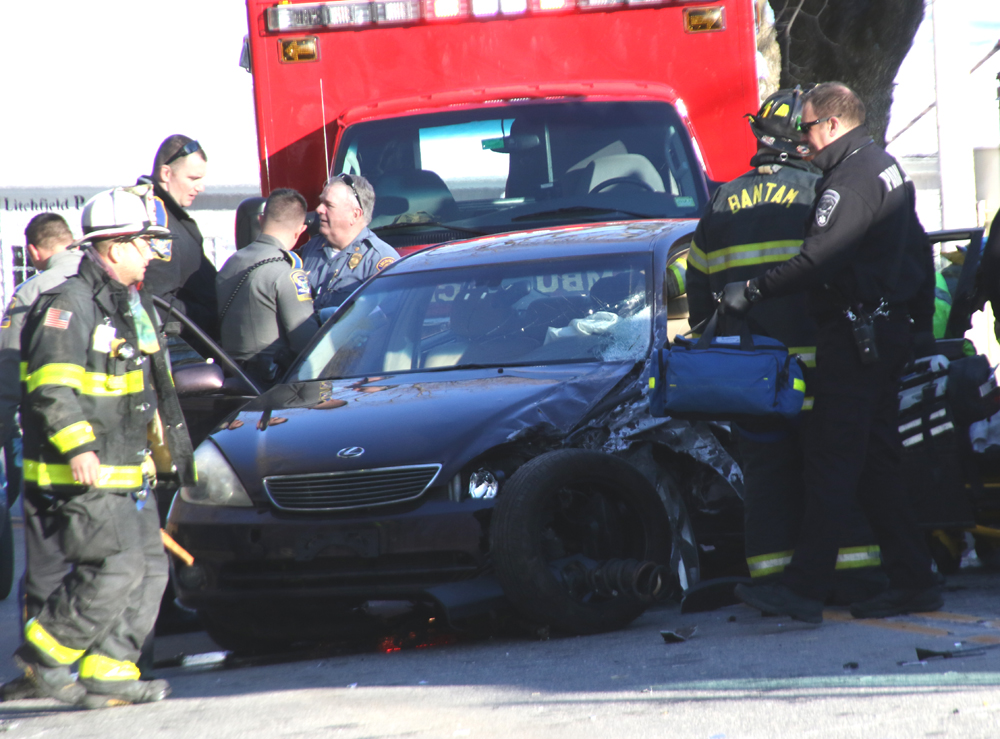 The Lexus incurred heavy damage to its front driver’s side. 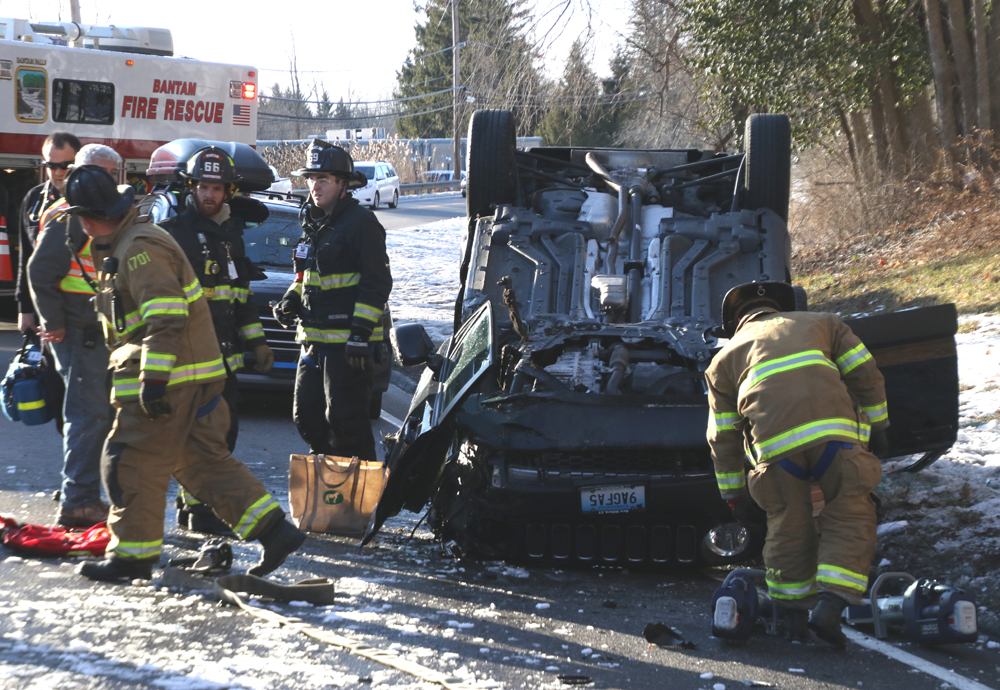 Bantam and Litchfield firefighters with the Jeep after its driver was removed. 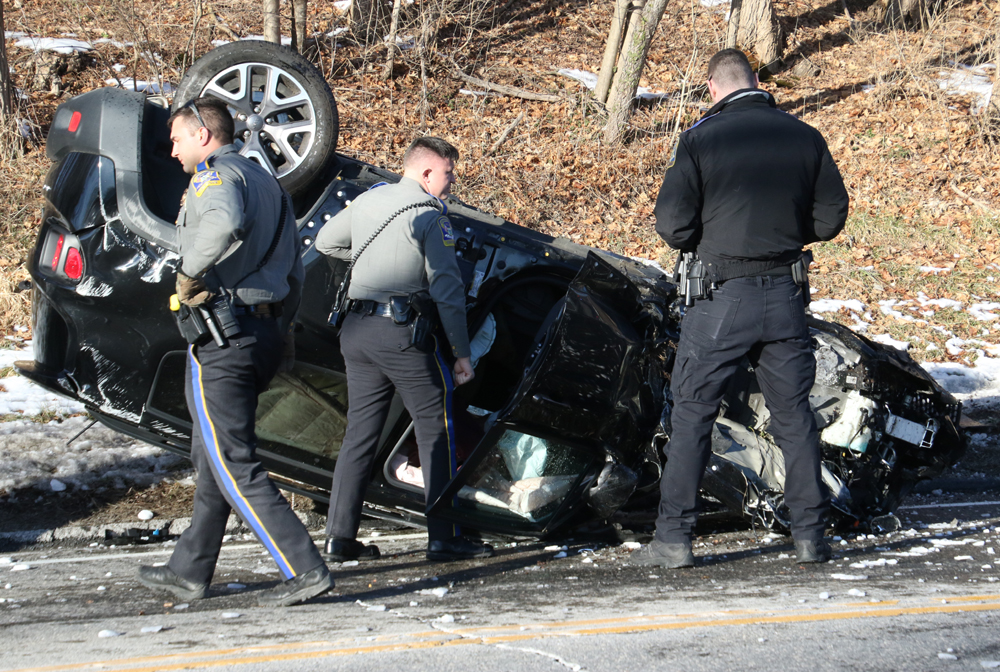 State police troopers, the first on the scene, comforted the driver of the Jeep until firefighters arrived.