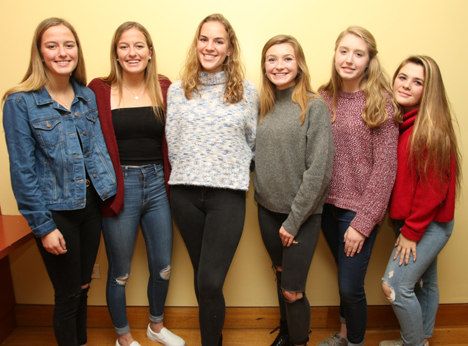 A successful fall sports season at Litchfield High was celebrated by athletes, coaches and parents Sunday night at the Litchfield Community Center. Coaches from the cross-country, field hockey, boys’ soccer and girls’ soccer recognized their teams and honored the athletes who earned All-Berkshire League status. The field hockey team shared the BL championship and played in the Class S state tournament, the boys’ soccer team won 13 games and played in the state tournament, and the girls’ soccer team was the most sucessful of them all with 15 wins and an appearance in the state tournament semifinals.