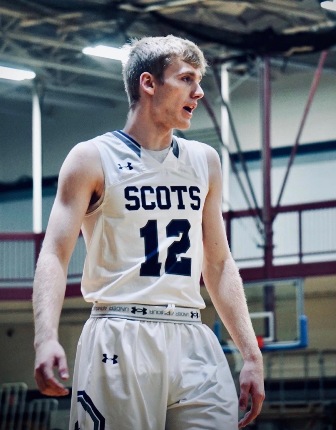 Former Wamogo All-State player Garrett Sattazahn is off to a strong start in his freshman season with the Gordon College basketball team.
Sattazahn is a starter at guard and in his first two games totaled 18 points for his Division III team. In the season opener, a 99-79 loss to Emerson College, the 6-foot-2, 170-pound Sattazahn had seven points, five rebounds and four assists.
In a 112-74 win over Lesley College on Tuesday, Sattazahn had 11 points, 11 rebounds and three assists.
Gordon, located in Wenham, Mass., was in Hartford on Saturday for a scrimmage against the University of Hartford, a Division I school. Sattazahn connected on three of four three-point field goal attempts in scoring nine points in an 86-79 loss.
Garrett Sattazahn drives to the basket against Emerson College. Below, Sattazahn is with 6-foot-10 teammate Parker Omslaer.