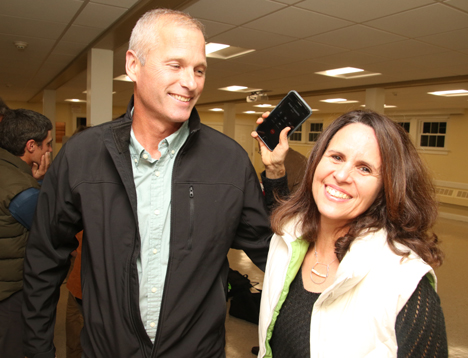 Morris First Selectman Thomas Weik will hold his seat for another two years after voters gave him a convincing win on Tuesday.

The vote totals are unofficial until some write-in ballots are counted, which could have an effect on the results of Aiello and Curley, who could land a seat on the board by outpolling his running mate.

First Selectman Thomas Weik and Selectman Erica Dorsett-Mathews are back in office for third terms. Below, Weik gets a hug from his daughter, Lexi.