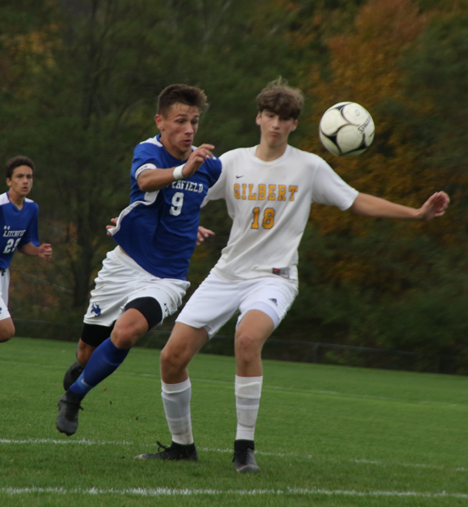 Only a junior, Donovan pulled to within one goal of the record by scoring the game-winning goal in a 2-1 victory over Gilbert at Plumb Hill Playing Fields on Tuesday. Litchfield’s next game is Thursday at Thomaston.

Litchfield trailed 1-0 at halftime before shaking off its sluggishness and dominating the second half. Donovan’s goal gave the Cowboys a lead they would not relinquish and helped them improve to 7-0. Litchfield is ranked third in this week’s Connecticut High School Soccer Coaches Association Class S/M poll.

After putting his team ahead, Donovan sprained an ankle and his status is day to day, according to Litchfield coach Rob Andrulis. 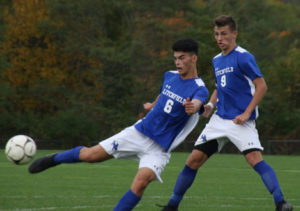 Daniel Pang gets a foot on the ball for the Cowboys. Below, Luke Parsons, left, races past a Gilbert defender. 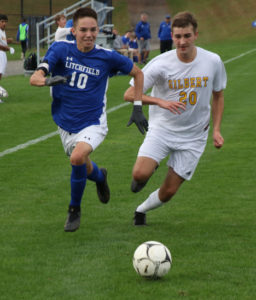