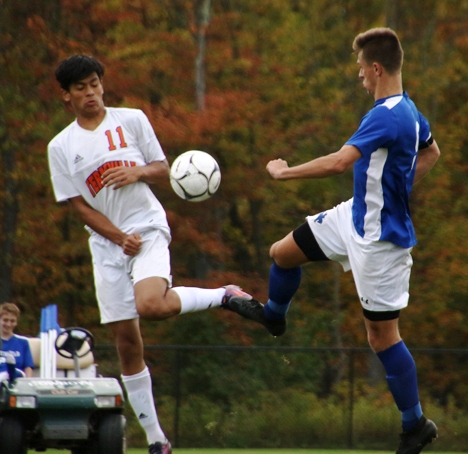 Litchfield’s Tim Donovan, right, contends for the ball in a 6-1 victory over Terryville on Monday. John McKenna photos

The Cowboys extended their winning streak with a 6-1 win over Terryville at Plumb Hill Playing Fields on Monday. Donovan scored all six goals as he continued his assault on the school record book. Only a junior, he has 60 career goals, four short of Alex Hula’s school record. Luke Parsons assisted on three of the goals.

Luke Parsons gets his head on the ball for the Cowboys.

Luke Parsons winds up to send a pass downfield.