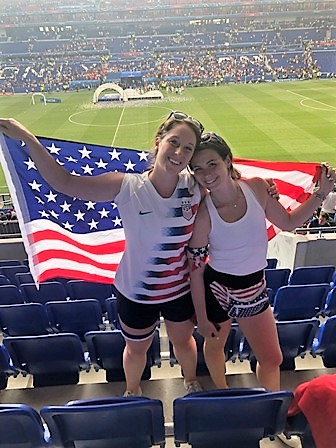 Emily Andrulis, left, of Litchfield, and her sister, Molly, display the flag while rooting for the U.S. in the women’s World Cup soccer tournament in France. They were joined by their brother, Mike, and parents, Bill and Carol. Emily and Molly were soccer and track and field standouts at Litchfield High School, as was their brother. Bill was a three-sport standout at LHS from 1976-80. Contributed photo